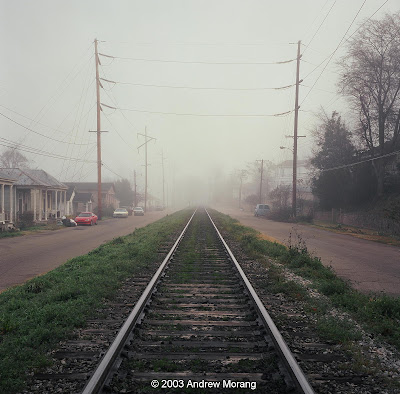 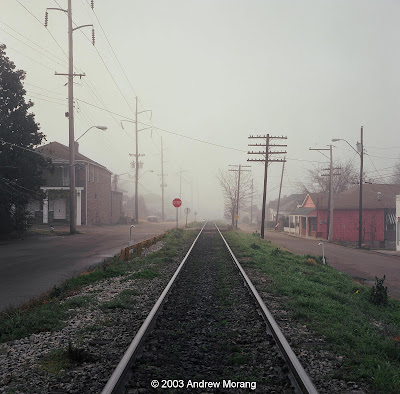 Pearl Street is one of Vicksburg's older streets and one of its more interesting. It parallels the railroad line, which has run along here since before the Civil War. The architecture ranges from beautiful bed-and-breakfast homes to shotgun shacks. In the photograph above, the brick building to the left once housed Tuminello's Restaurant. It has been closed since the 1990s and the building stands empty. Visitors who have not been here recently occasionally ask me about it. 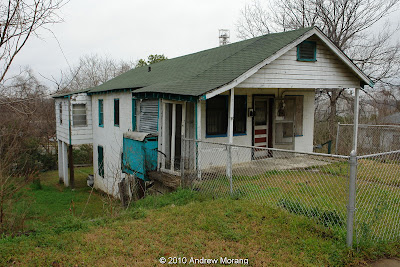 The land drops off quite steeply to the west, as you can see in this view of no. 1806. Like many early 20th century Vicksburg houses, the builders placed the front at ground level and had no qualms about supporting the rear on stilts, often 10 or 12 ft above the ground. This building has been razed. Houses can no longer be built on these steep lots anywhere in town. 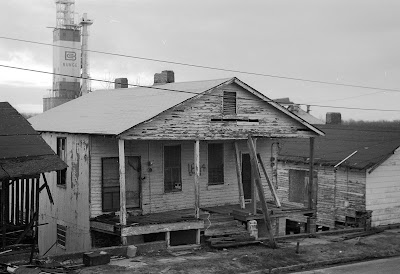 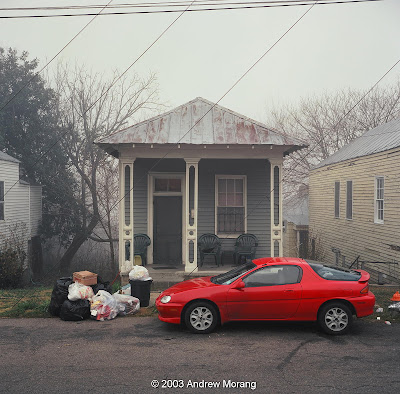 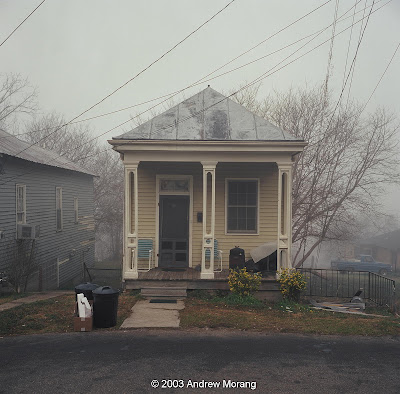 At one time, there must have been tens of shotgun houses facing the tracks, but most have been torn down. The two above are at 2302 and 2304 (all square photographs are from a Rolleiflex camera using Kodak Ektar 25 film). 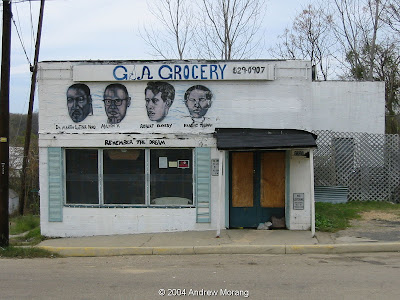 No. 2330 is a classic neighborhood store. In an era before people had private cars, the city had dozens of stores like this serving neighborhoods, but most have closed now. 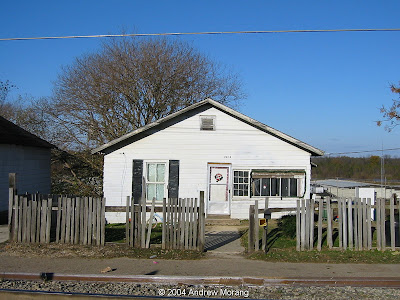 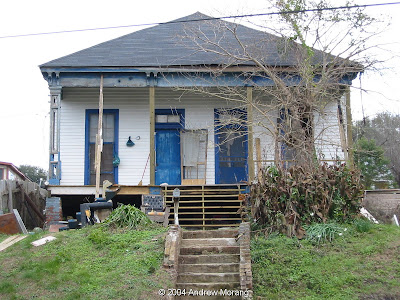 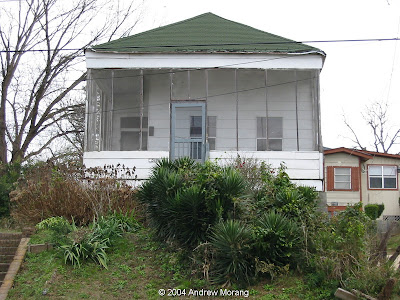 The two houses above are 2515 and 2521. They had a view over the tracks and the railroad yard further down the hill along Levee Street. During the steam era, coal smoke must have deposited grime whenever a locomotive puffed by. Now the residents have to listen to the deafening horns of the diesel locomotives. 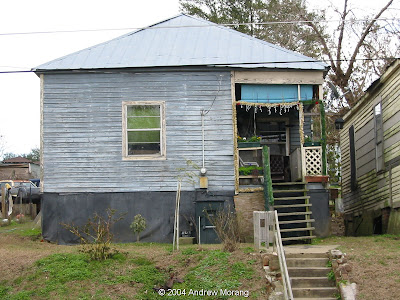 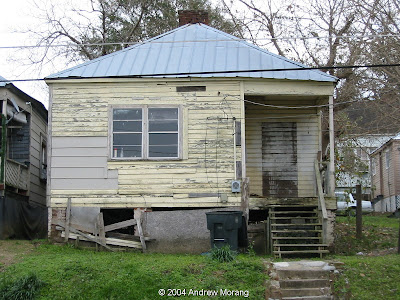 These two cottages above (nos 2529 and 2531) were identical architecture and are now gone. They were near the corner of Pearl and Fairground Street. Fairground will be the subject of a future essay. 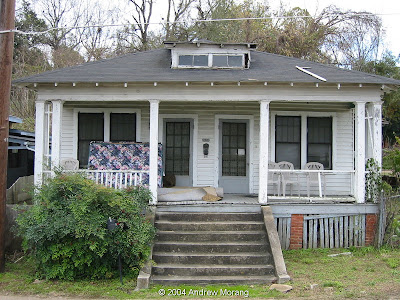 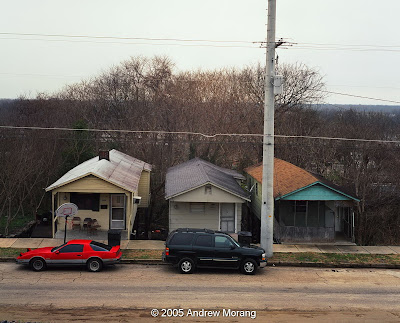 The photographs above are from a variety of early-vintage digital cameras and from film. The square frames are scans of Kodak Ektar 25 film shot through a Rolleiflex medium-format camera.

UPDATE JULY 2021:  For a more complete inventory of Pearl Street houses, please click the links below

How can I reach you? I am a writer and I grew up on this street.

Pretty! This was an incredibly wonderful article.
Thank you for providing this information.
My webpage - Dalia

Pretty cool to come across this article. My parents operated Tuminello's in the mid 80s. I grew up around those railroad tracks. Lots of great memories

Jay, Tuminello's of Vicksburg in the mid-80s was one of the finest restaurants in the entire United States. I well remember so many of the offerings. I've eaten at one restaurant since those days which was comparable, that being Liza's in Natchez. Thank your parents, if they're still alive, for providing Mississippi with outstanding dining for those years.

Looking for old photos of a church that was located on Pearl Street; Traveler Rest Missionary Baptist Church. My email address is; praisenhim@live.com

I took a photo of the G&A Grocery in September 2008 (Came upon it by chance driving around on a visit to Vicksburg).

Two photographs of the store from 2002 and 2003 are on my other Pearl Street post: