Burmese Days 15: Up the Irrawaddy

In the previous post, I posted some photographs from the Mandalay waterfront. Let's take a short boat trip upriver. 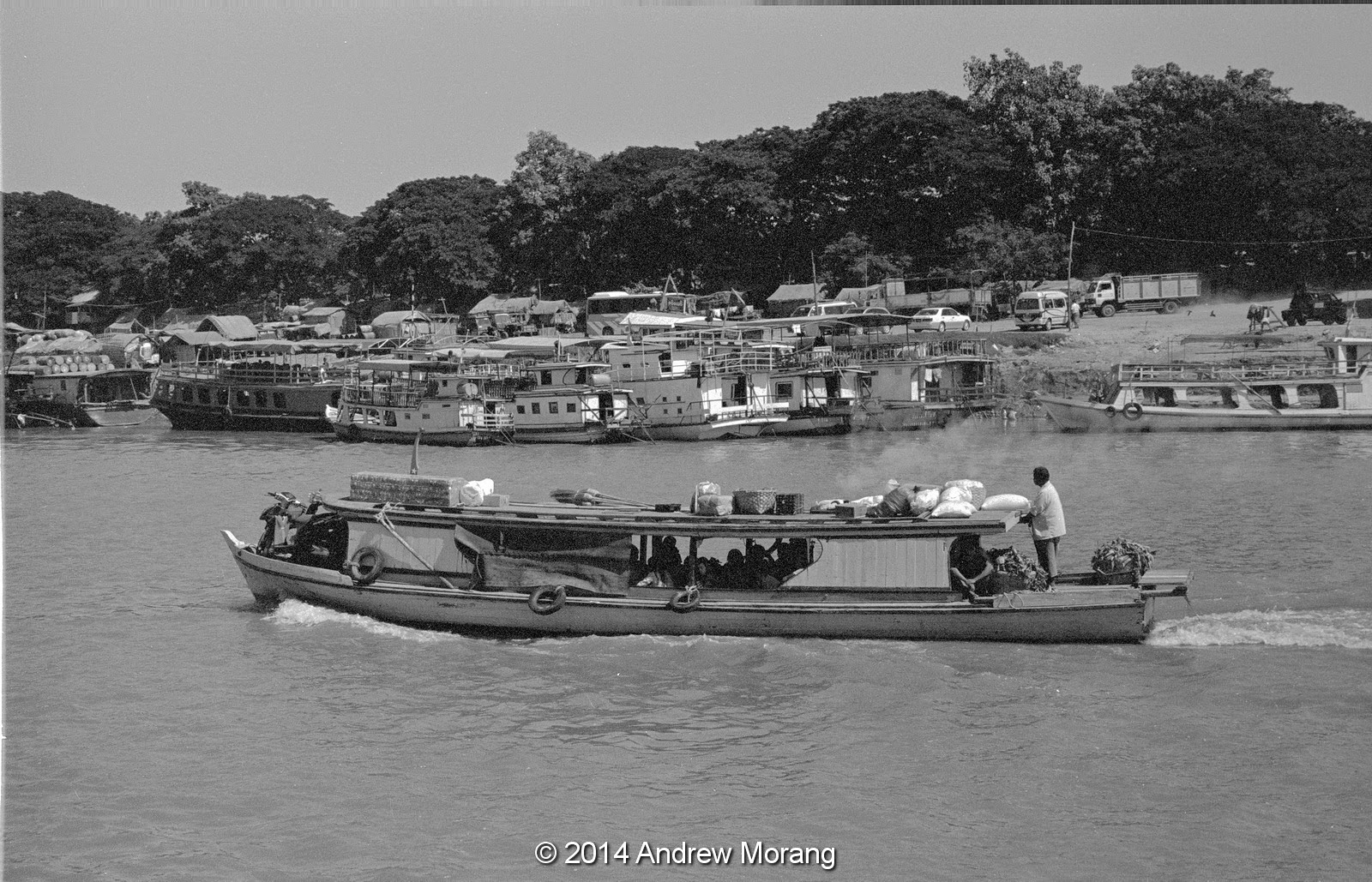 These long, thin, teak boats carry cargo, passengers, and animals, anything to earn a kyat. The ones set up for tourists are pretty comfortable. 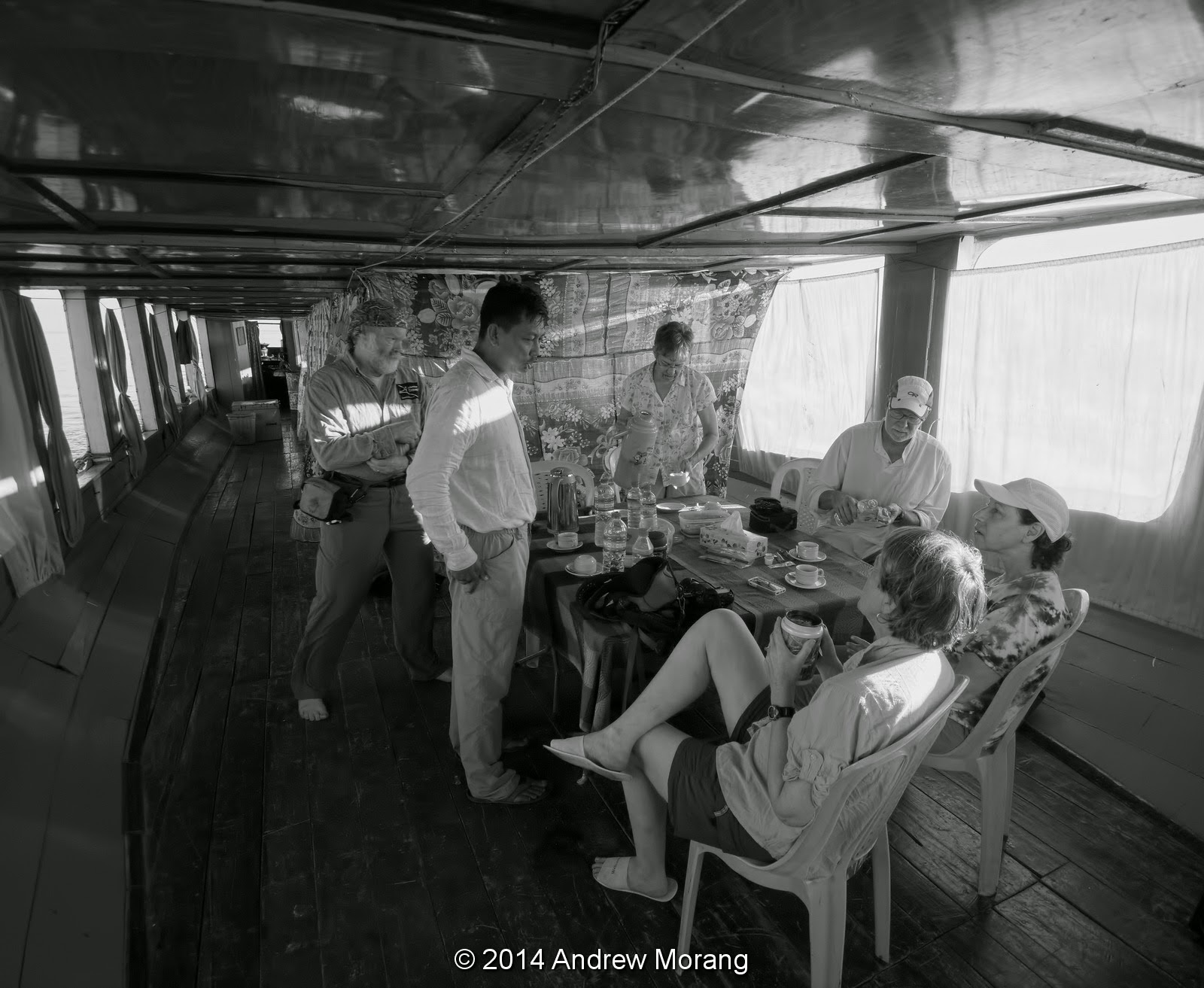 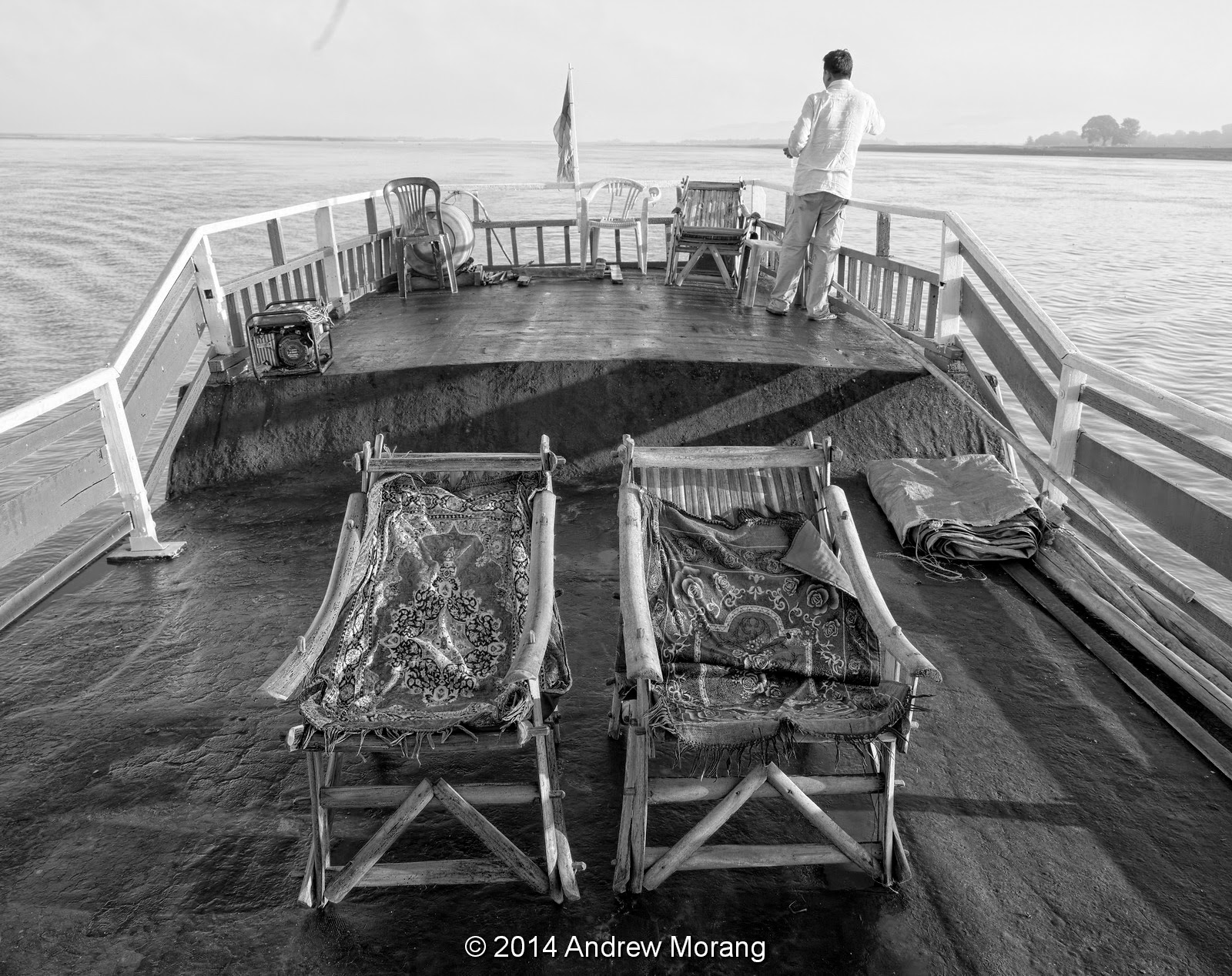 You can be active and watch the unfolding scenery or snooze the day away. The diesel engine is noisy, but they do not run it at night. The boat's cook will prepare breakfast, but we brought our own coffee and filters. 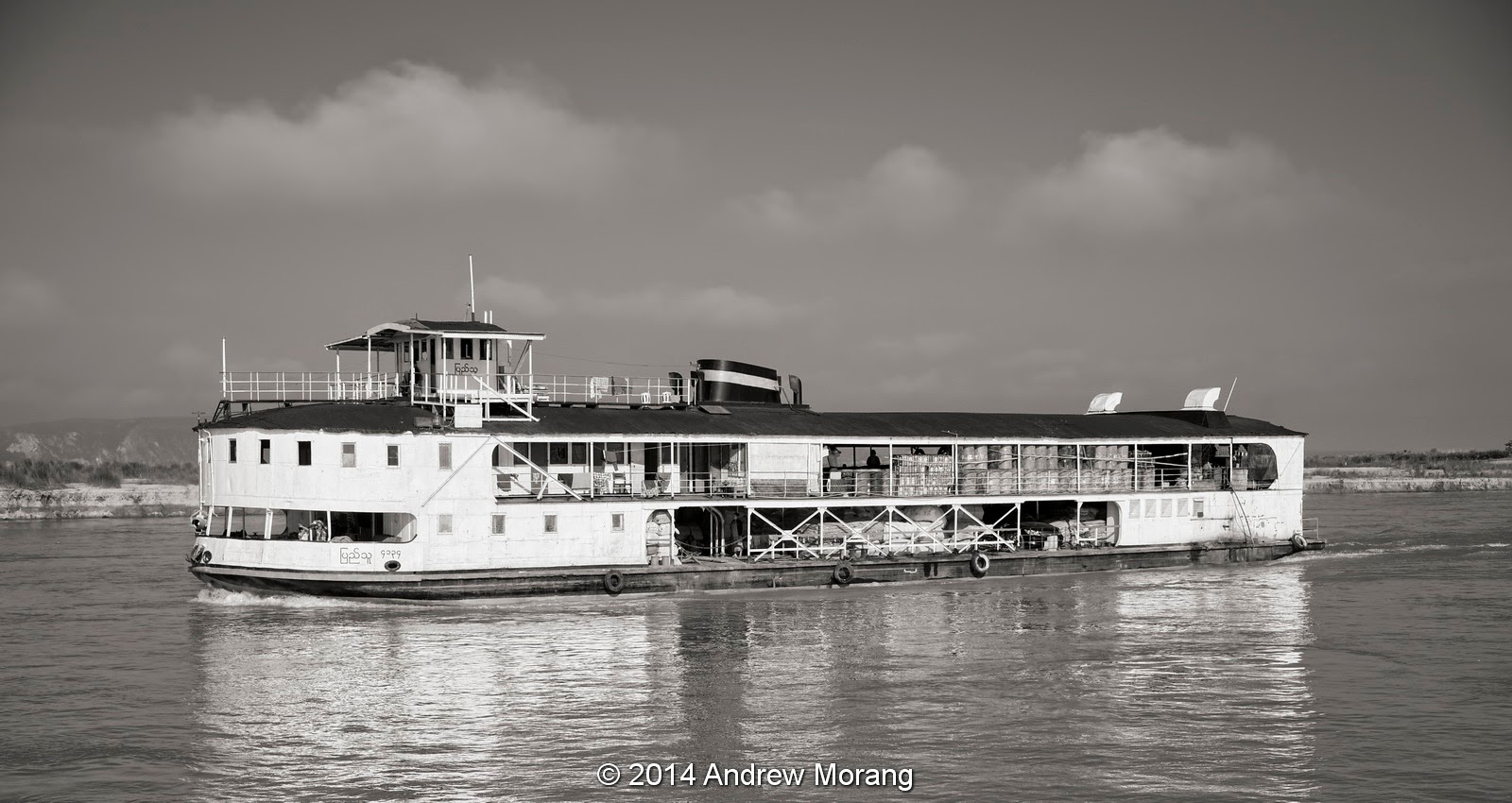 Some of the commercial steamers (diesels) are pretty impressive - heavily laden with barrels and merchandise. 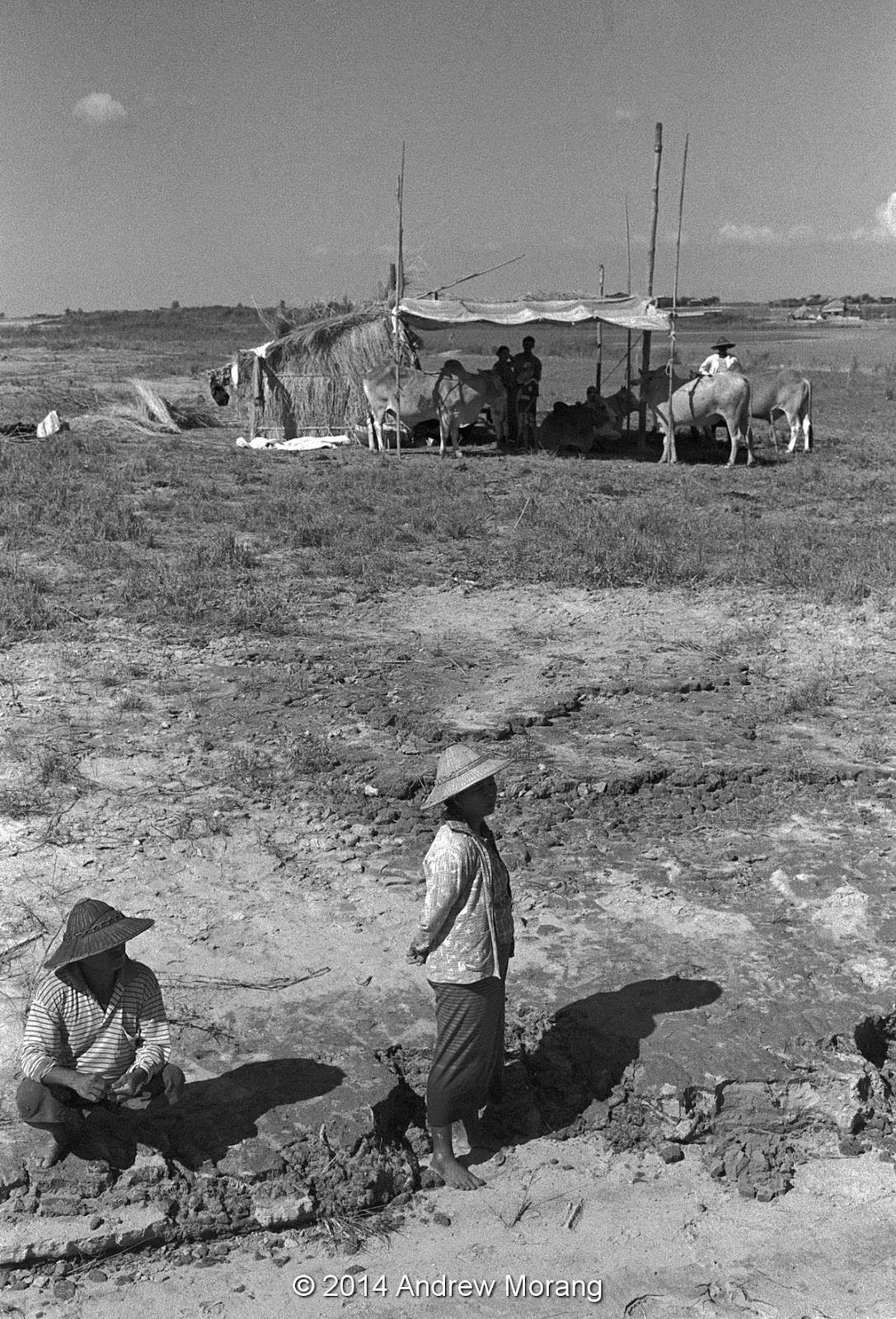 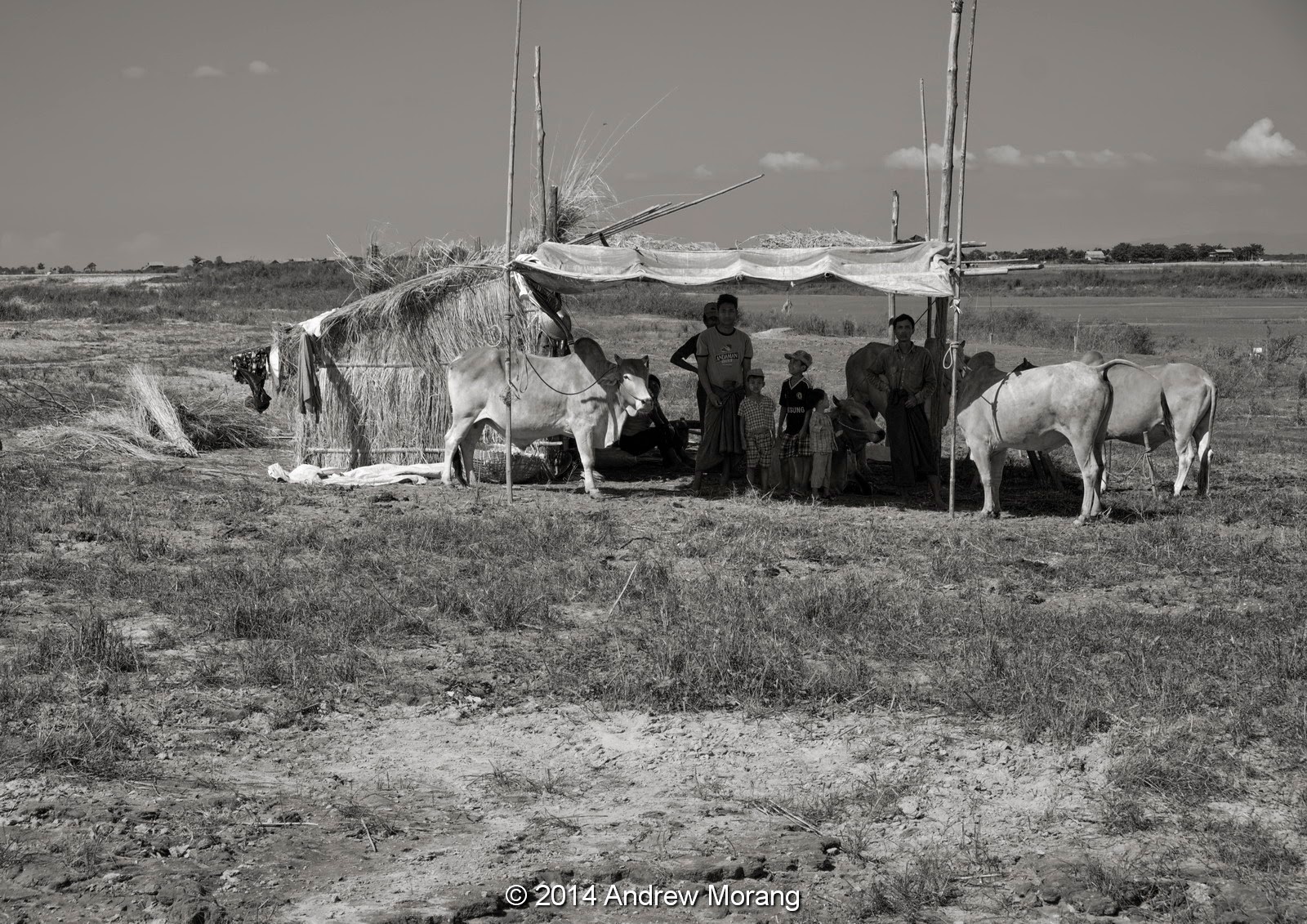 For the night, we pulled up to  a sand bank/sand island. These islands look rather barren, but families graze their cattle and set up residence during the low-water months. In some areas, they till the rich alluvial soil and grow crops. I wonder how they claim an area to farm? We fell asleep to the tinkle of a bell and aroma of cow dung. 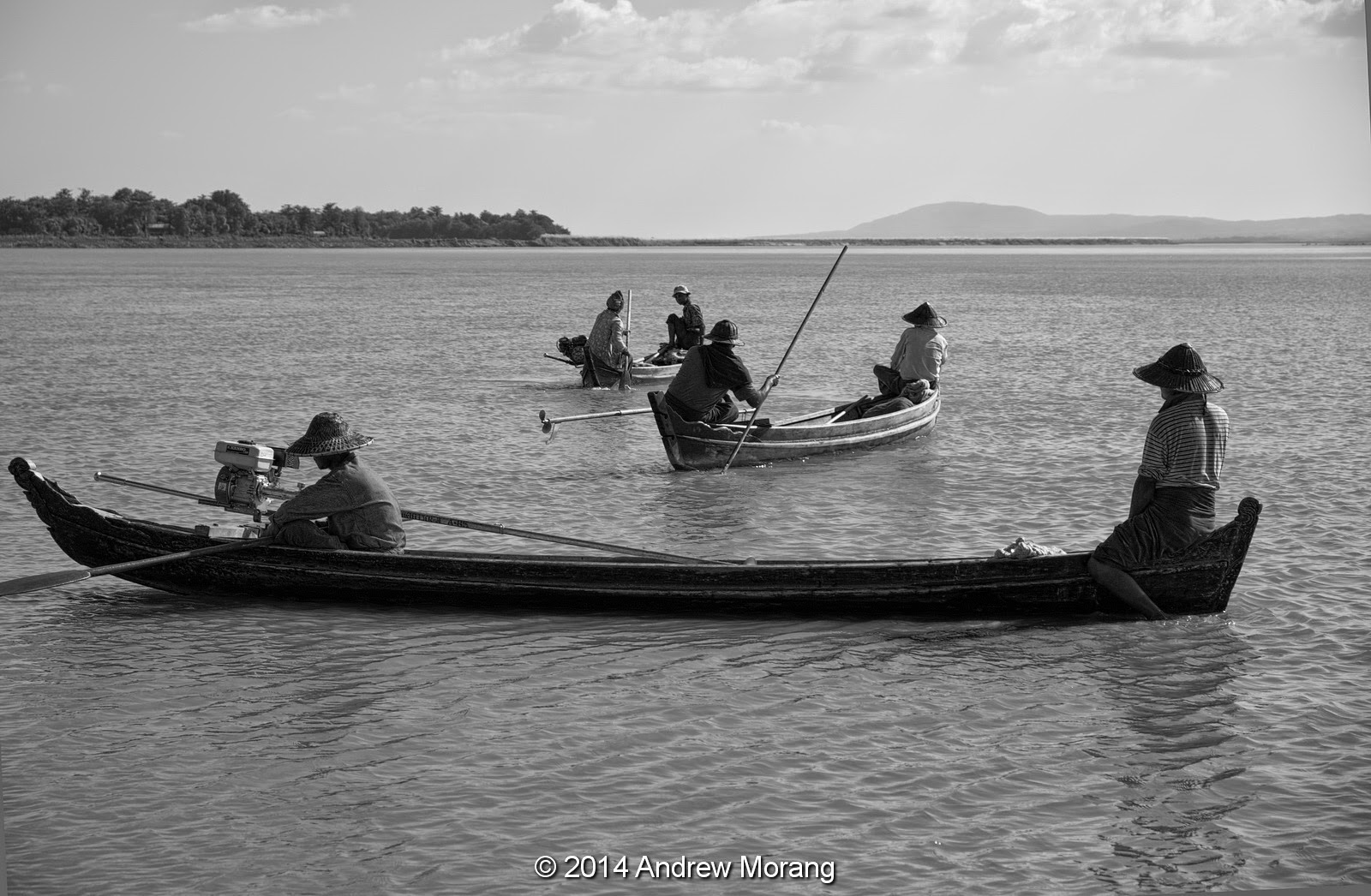 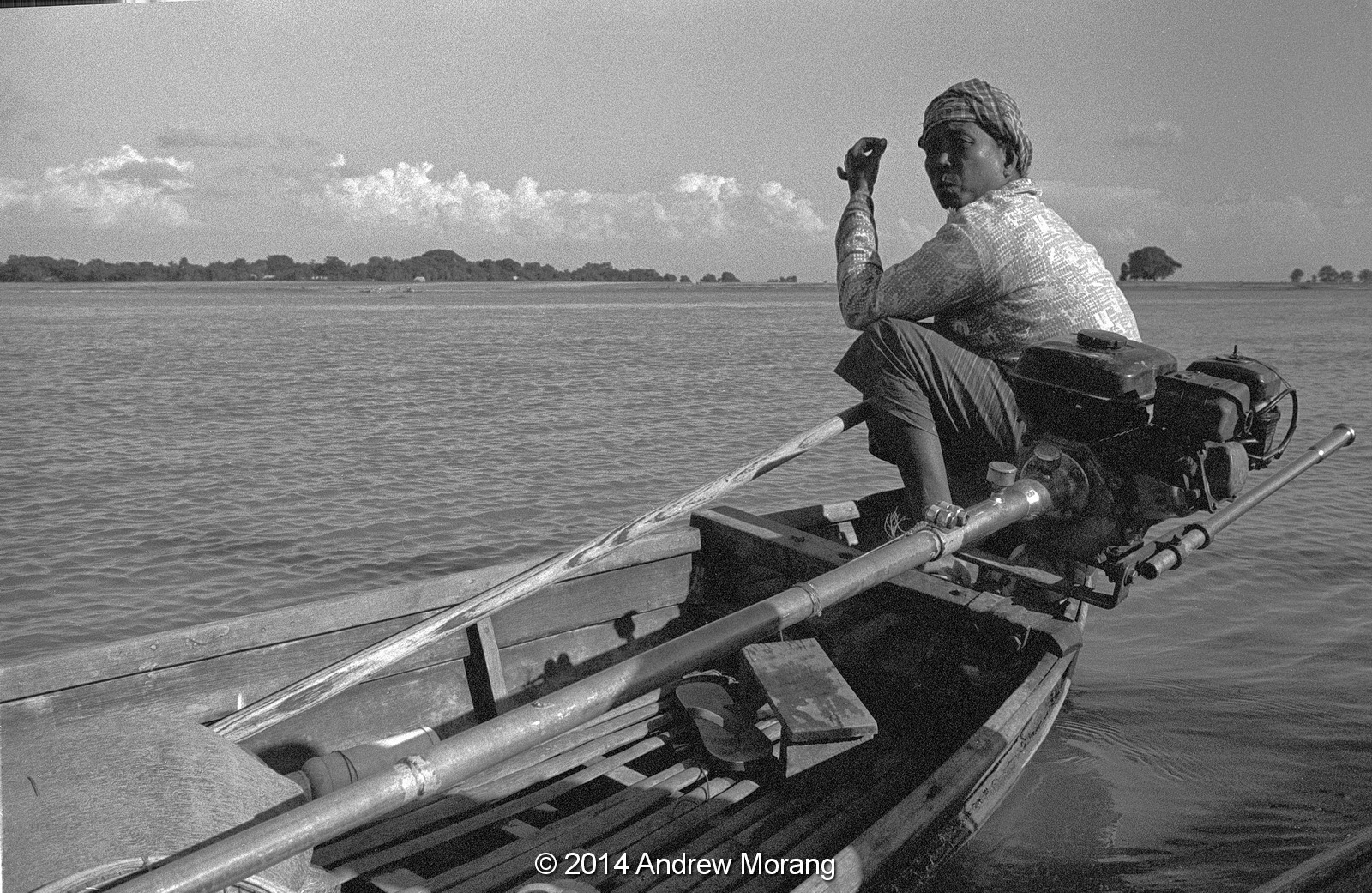 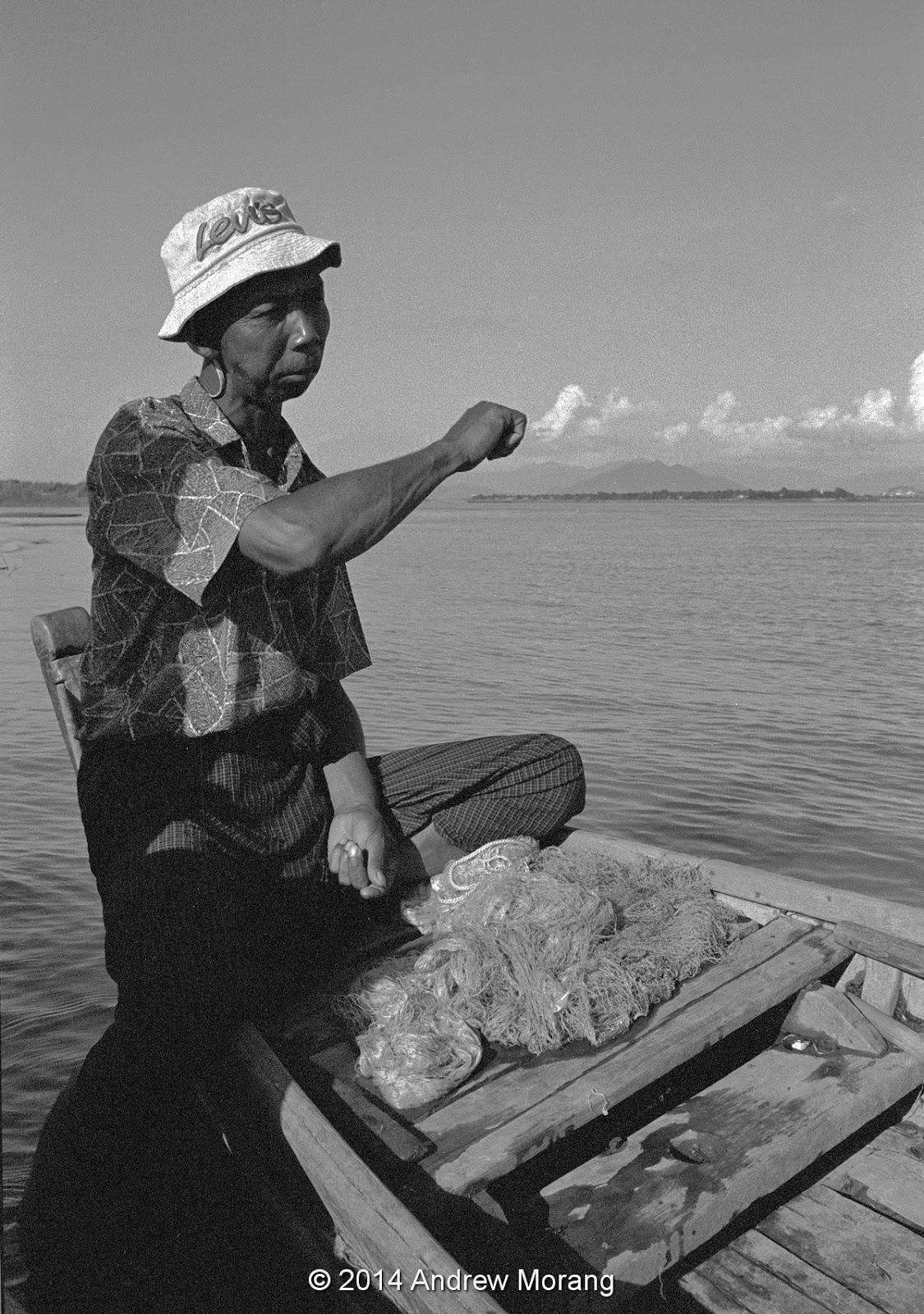 Some of the local fishermen fish in cooperation with the now-endangered Irrawaddy dolphin (Orcaella brevirostris). The fishermen stand up in their boats and slap the water with their oars. The dolphins have been trained to know that this is fishing time. They herd fish into the nets and benefit from the bycatch that tumbles out or is discarded when the nets are pulled in. The day we watched the procedure, the dolphins were not very enthusiastic. The main threat to dolphin populations is habitat loss and accidents with nets. The dolphin populations in Indonesia and the Mekong River are almost extinct. These fishermen have a tough life. I gave a package of peanuts to the lady (the second photograph), and she ate them eagerly. She was hungry. 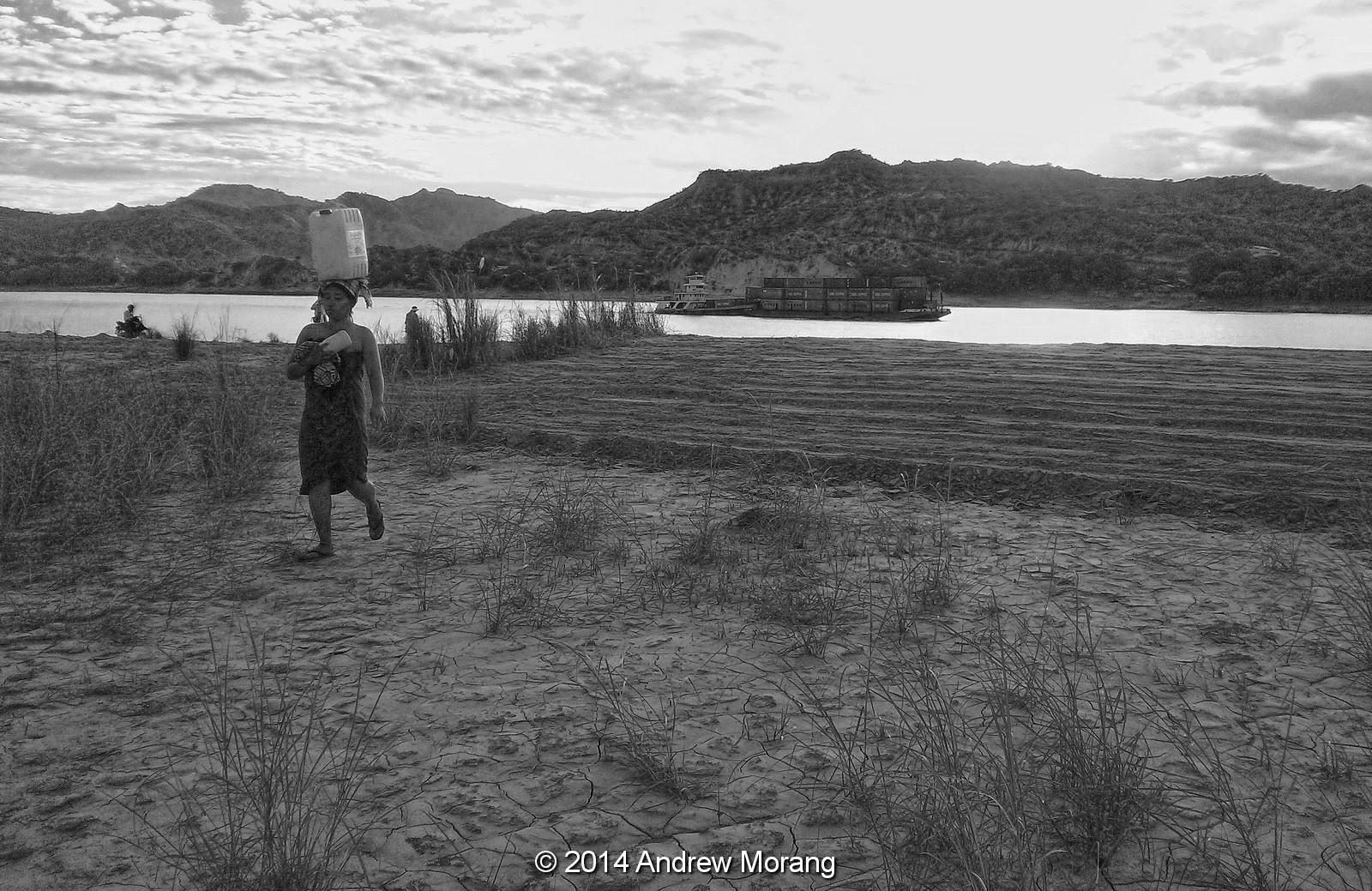 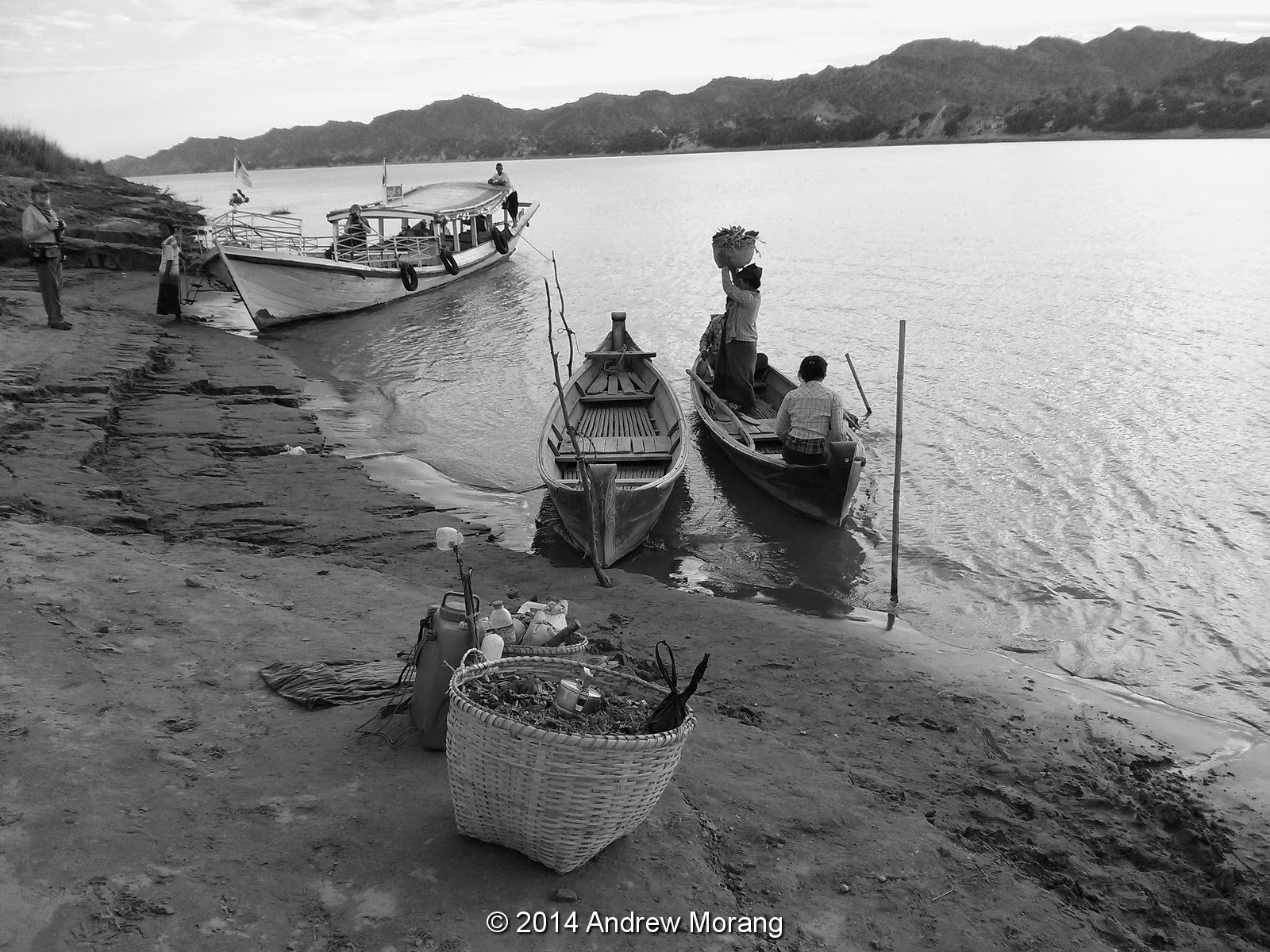 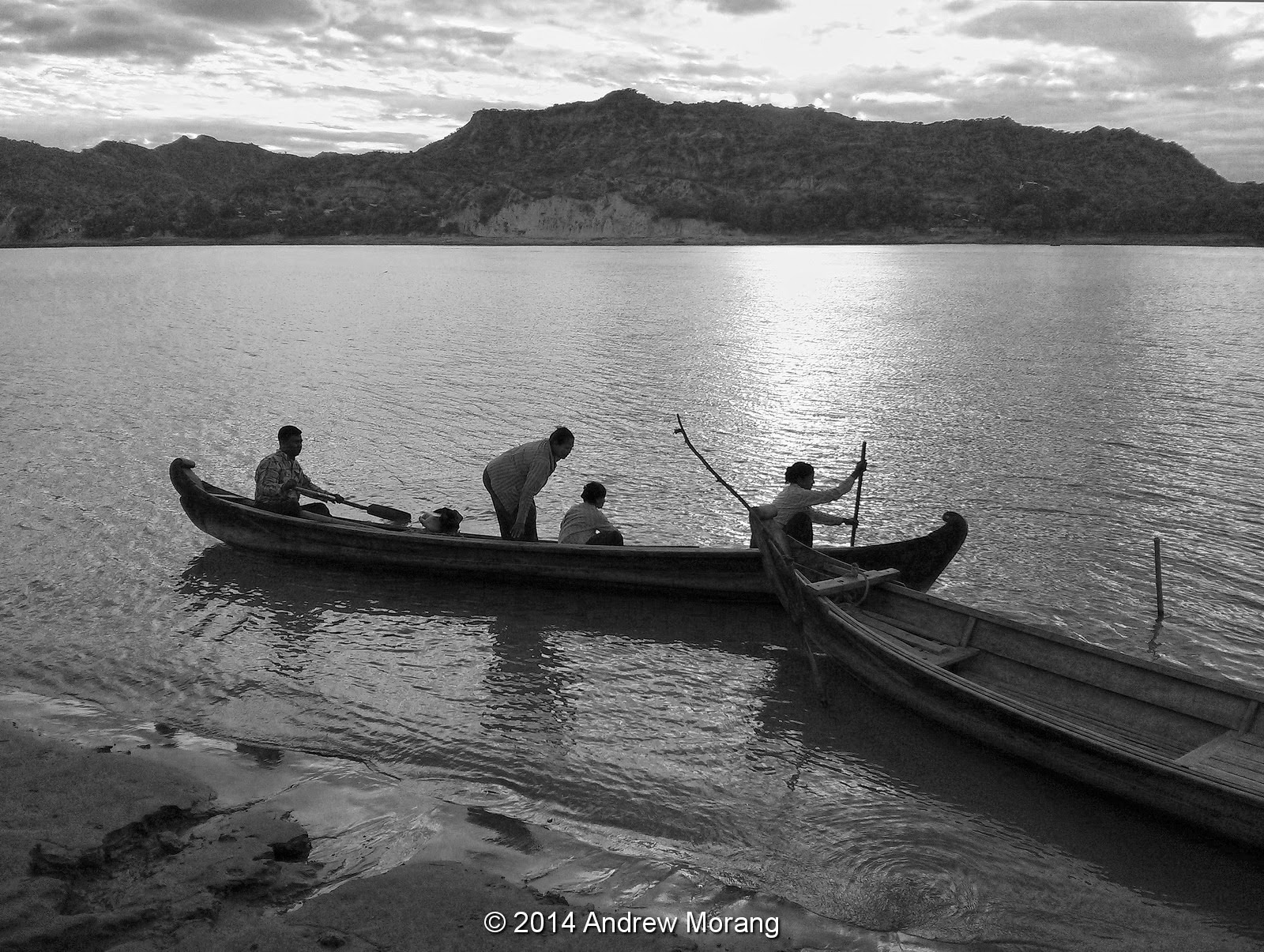 On another boat trip, we stopped on another sand island where some local families had been farming. It is hard work, and summer heat must be stifling. The high water is in July, August, and September, when the monsoon delivers tremendous rainfall to the jungles of central Burma and southern Himalaya. Melting of snow and glaciers in northern Burma adds to the volume. I could not find any recent hydrographs (a plot of flow rate (discharge) versus time at a specific location on the river). Possibly the Burmese government does not have a stream-gauging program, although the design of the controversial dams further north must have been based on some sort of data.

Finally, we saw some riverbank erosion control work near a village. I could not tell what the wood frames were intended to do, and the rock riprap was too small. They should have requested help from the Coastal and Hydraulics Laboratory via a request through the State Department. A coworker told me that on some rivers and canals, sticks or frames like this are used for mussel production. Eventually, the mussels grow so thick that they form a type of living shore protection (and can be harvested as food). This concept here in USA is known as Engineering with Nature (EWN). Possibly Irrawaddy flood control activities are tied up with the politics of the Myitsone Dam. The dam would be the first to span the Irrawaddy and have high social and environmental impacts. The Irrawaddy is one of the few remaining great rivers on earth without dams, with fish migration possible from ocean to headwaters. Activists have (hopefully permanently) suspended the dam project.

Three photographs were taken on Tri-X film using a Leica M2 camera; the rest were digital files reprocessed into black and white with PhotoNinja software.
Posted by Kodachromeguy at 21:34 2 comments: