West Capitol Street in Jackson is discouraging and grim. Once you cross under the railroad tracks south of the recently-restored Union Station and head northwest, you enter a Detroit-like post apocalyptic world of empty lots, crumbling houses, abandoned shops, and once-grand churches that now serve different congregations than the ones who built the edifices. 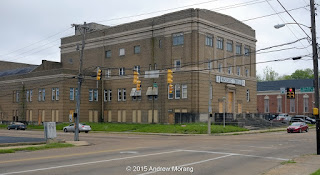 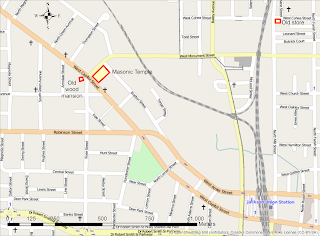 Looming over churches, shops, and bumpy parking lots is a semi-abandoned Masonic Temple at 1130 West Capitol. According to my friend at MDAH, the temple was built around 1923-25 and was designed by South Carolina architect Hyman W. Witcover. Witcover was active in the Masonic order and designed other Masonic temples in the South. Otherwise, MDAH has very little information about the building, and a Google search revealed minimal information. The Masons abandoned their West Capital building in the early 1990s, and moved to a steel structure on I-55 S. 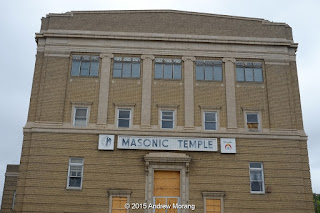 As you can see, this was essentially a big box with some decorative elements, pseudo-columns. I wish I could get inside. I assume there was a big auditorium or meeting hall in the center. I once heard that many of these temples were semi-legally-sanctioned speakeasies in the Prohibition era. All the best people in town were members. 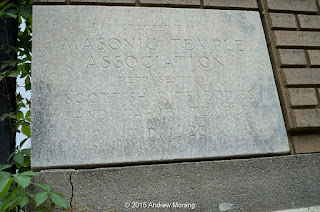 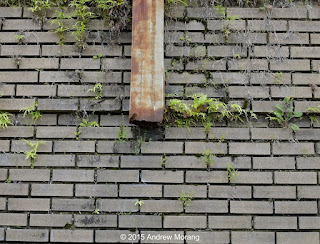 The cornerstone on Bratton Street (on the back of the building?) said 1923. Water was pouring out of the foundation and this corner had large cracks in the brick walls. I asked some people in a small shack across the street about the water, but they seemed baffled or did not understand what I was talking about. Or maybe they had not noticed even though the sidewalk was turning into a swamp. 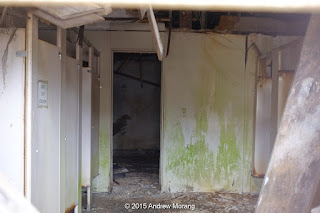 Only one window on the basement level had dusty panes where I could place the camera. 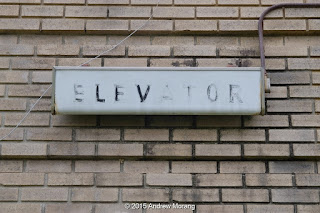 This was a progressive design with an elevator access on the ground floor. 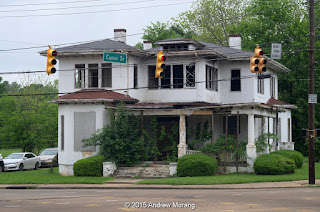 Right across the intersection at 101 Rose Street is this imposing mansion. It shows what a prosperous neighborhood this was in the early 20th century. 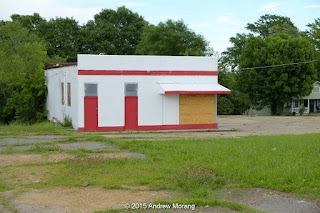 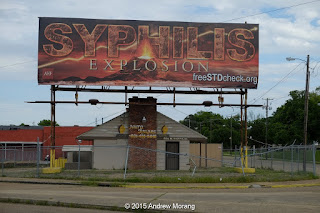 Further in town (east) at the intersection of West Amite and West Capital Streets, the scene is of abandoned and closed businesses. What will revive an area like this? Look at much of Detroit, which was once a much more prosperous city than Jackson, and you see that once the decay sets in, it progresses indefinitely.

These are digital files from a Fujifilm X-E1 digital camera.
UPDATE July 2022:  The masonic lodge and the abandoned mansion on Rose Street are still standing. The entire area looks dirtier and more abandoned.
Posted by Kodachromeguy at 22:10

It very of an eyesore seen like to me the state of Mississippi has it now that's most likely what the city of Jackson would say. only two options I have to say fix it up or demolish it. west capitol street becoming an eyesore bad been living in Jackson since August 2005 from Crystal Springs Mississippi...

Yep that will be good for the hometeam I been in Jackson since August 2005 from Crystal Springs Mississippi...Jackson has a lot more to offer as for us being the state of MS capitol we deserve better it actually not going well,water problems, crumbing streets but I think it will be a success in years to come. In 2022 Jackson will be 200 years old make plans to do something for the 200 years of existence...

I grew up around Jackson during the sixties. I live and work in Ft. Worth TX. Moving away from Jackson MS was the best move I ever made.

My grandfather was a member here - I was about 5 or 6 when my grandmother was crowned "Queen of the Nile" and my sister and I escorted her down the aisle of the big room for the coronation.

Does anyone have information on or know where to find it and photos of the old Temple Hospital that once was located at 1005 W. Temple St.? I was born there. Thank you.

I meant to type 1005 W. Capitol Street for the former Temple Hospital.

That house across the street was the home of the creator of Cel-ray soda, a drink made from celery.

I too am looking for photos. My grandfather was Dr Temple M Moore who founded the hospital and delivered you. He died in 78.