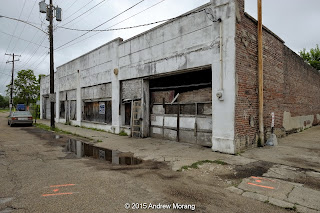 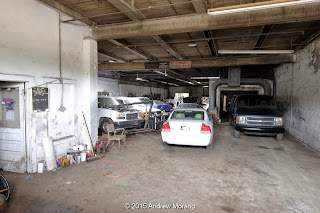 This is a garage at 214 Mill Street. The crumbling doors made it look abandoned. But inside, there were semi-recent cars. So possibly it is a going concern, but it is hard to tell. 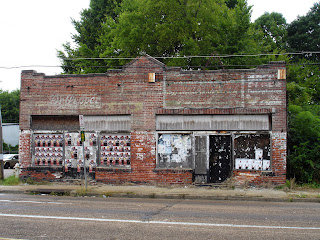 This is a store that formerly occupied the corner of Mill and West Monument Streets. It has been razed. I wrote about it in a 2013 article. 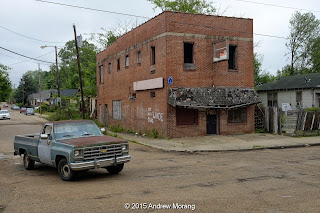 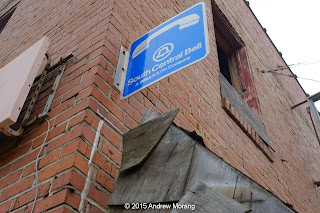 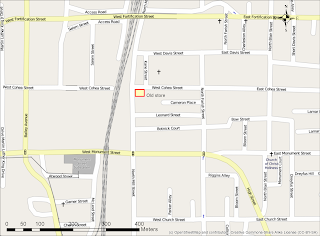 This is an old-fashioned local corner store at 758 Mill, at the corner at West Cohea Street. It is deserted, and the roof is beginning to collapse into the upper floor. I did not want to venture inside. Stores like this once served the local residents, who did not have automobiles or the ability to reach a supermarket. 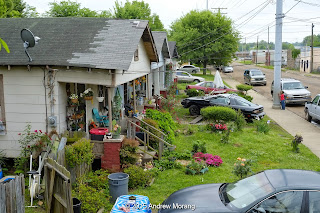 The cottage at 744 has a cheerful garden. I took this from the rickety steps leading up to the 2nd flood of the corner store. Some people below waved and said hi. 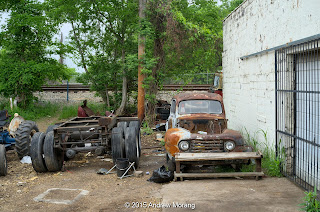 Across the street at 903 was a car shop. The tracks are behind. The Amtrak comes along this line en route to Union Station. 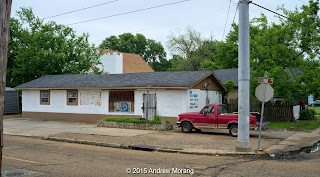 This is a shop at 906, across West Cohea from the abandoned 2-storey store. There is still a need for a local store to serve the residents. I have more photographs from this area, but they are on film and must be scanned. Someday when I have time....

2015 photographs taken with a FujiFilm X-E1 digital camera.
Posted by Kodachromeguy at 22:29