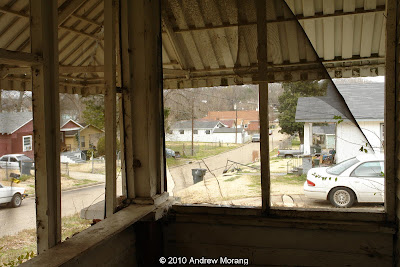 Hannah Avenue is another one of Vicksburg's out-of-the-way streets that few people visit except for local residents. It runs perpendicular to Military Avenue, about one half mile east of Marcus Bottom. I was drawn there by one of the houses on the city's demolition list, number 2631. 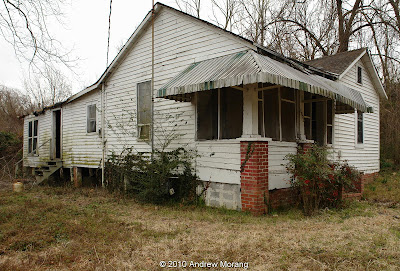 This modest house is typical of many late-1930s or 1940s wood-frame units built as single-family dwellings. It was in bad condition with some of the roof caved-in. 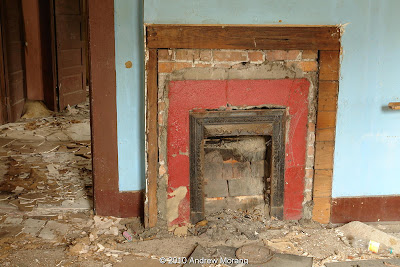 Despite its present poor condition, I could tell that it had been built with good materials, and it had served its purpose for six decades. The fireplace probably had a coal stove insert originally. 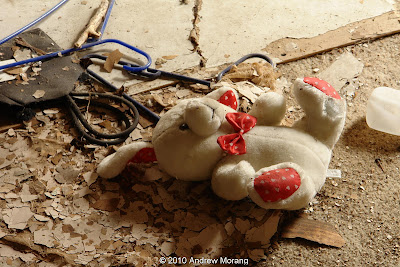 Like many of these demolition homes I have photographed, this one looked like it had been evacuated in a hurry. Does the child who once owned this little teddy bear miss it? I have also seen abandoned high school yearbooks, bank statements, photographs, and other personal mementos. 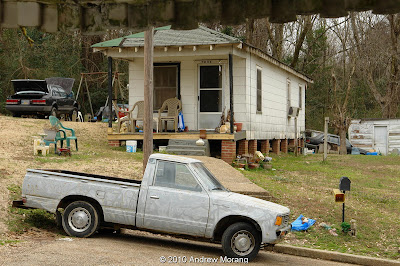 Across the street was a classic narrow shotgun house. This one is occupied and has new brick foundation posts. I expect there were more shotgun houses in years past, possibly right next to the one in the photograph.

All photographs taken with a Sony DSC-R1 camera, tripod-mounted.
Posted by Kodachromeguy at 16:27 2 comments: 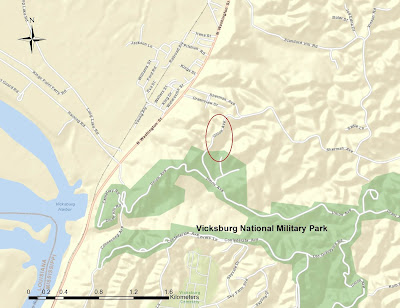 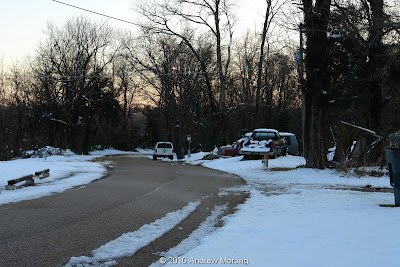 Because of Vicksburg's complicated loess topography, a number of roads wind along the ridges and drop into valleys. Some are dead-end and almost unknown except to local residents. Union Avenue is one of these. This is not the Union Ave. in the Vicksburg Military Park that tourists visit but rather a residential road that runs from Sherman Avenue to the edge of the Park. 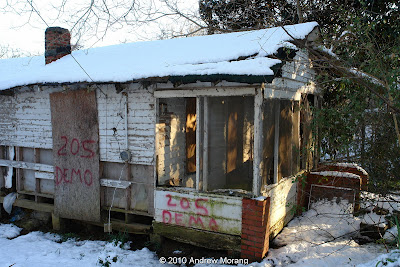 I did not know Union Ave. was here until I saw the address of a house on the city's demolition list. The house, at 205, is beyond saving. 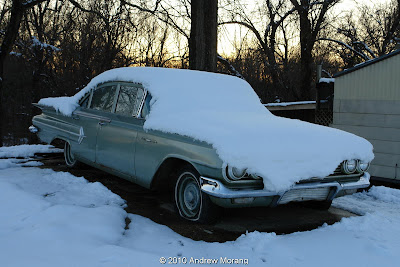 Neat, modest homes line the road as it proceeds south along the ridge. I saw this snow-covered Chevrolet Bel Aire and asked a fellow if I could take its portrait. He asked me if I wanted to buy it (tempting...). 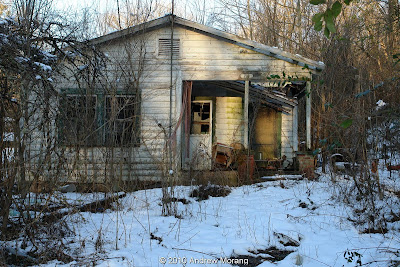 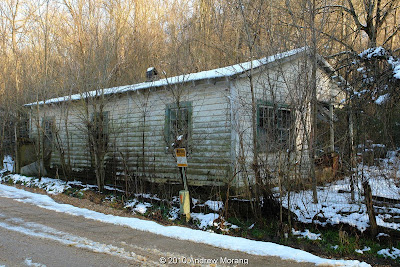 Union Ave drops down into a hollow and parallels the Military Park. Oddly, this is Warren County and not City of Vicksburg. I was surprised to see a cluster of houses in the hollow. I recall seeing them years ago from the Park. The house in the photograph above, no. 710, is now deserted but when I saw it before, the resident there raised pigs. 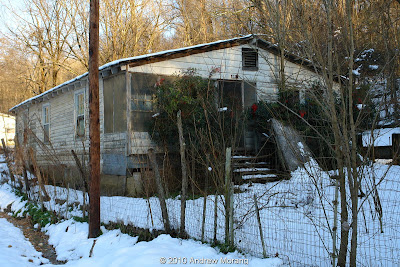 The next house, 714, is also deserted. Neither look too bad. This is definitely a quiet, out-of-the-way place to live, another one of Vicksburg's hidden valleys.

Photographs taken with a Sony DSC-R1 digital camera.
Posted by Kodachromeguy at 13:08 No comments: 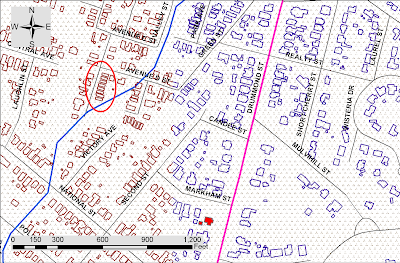 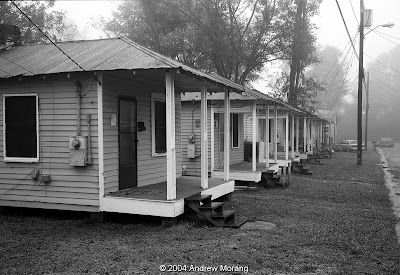 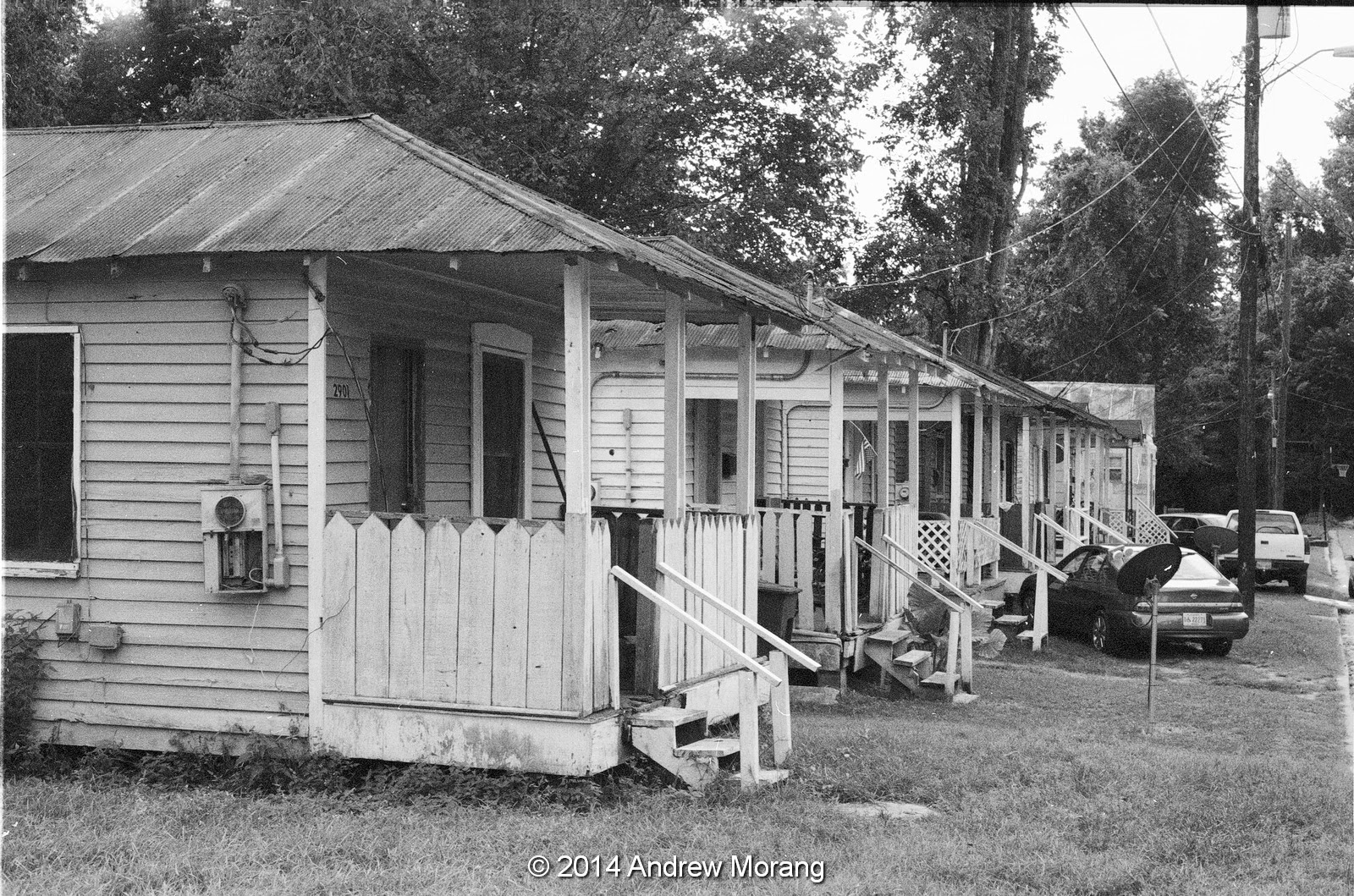 Arcadia Street and an extension to the south, Arcadia Place, is another one of Vicksburg's hidden streets. Other than residents, there is little reason for outsiders to drive or walk here. The view above shows 6 matching shotgun shacks on Arcadia Place in 2004 and 2014. Arcadia is west of Drummond Street along the bayou, and access is via Avenues C or D. Arcadia runs north-south parallel to Washington Street, but Washington is up on the hill and there is no access. Google Maps shows two connecting streets, but this is impossible topographically (lesson: don't believe everything shown on online maps). 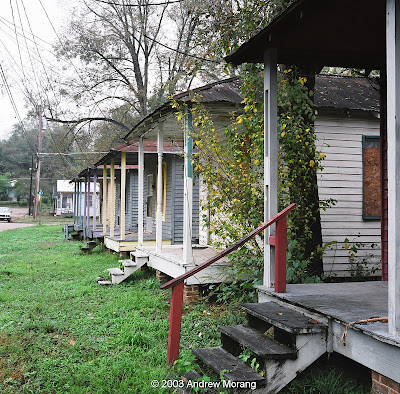 The east side of Arcadia Place features a classic series of six identical shotgun houses. The photograph above shows the group looking north from no, 2909. I do not know who owns them. They have been in various stages of renovation and paint for at least a decade, but a couple of units may now be occupied. With fresh paint, they look pretty good. 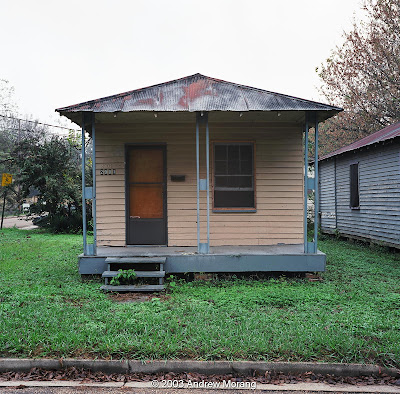 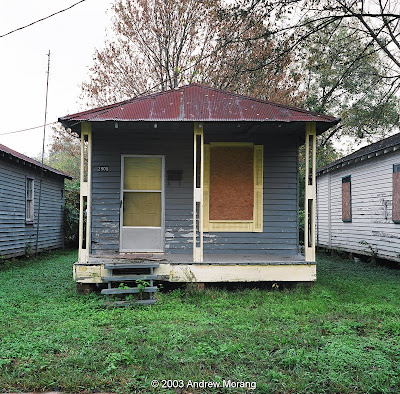 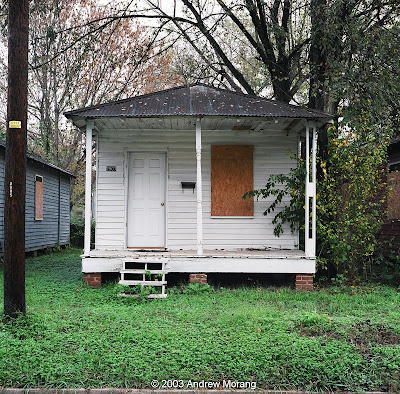 Here is 2907. Notice the center pillar is an original lathe-turned post. The one on the right is new and made from 2x4s, but in the open Vicksburg style. 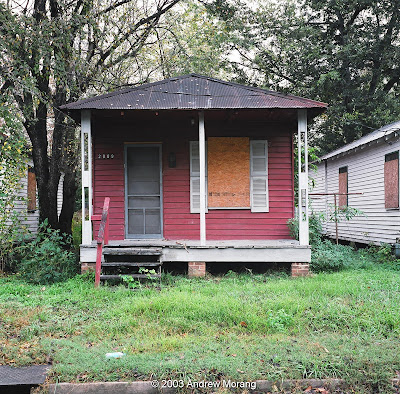 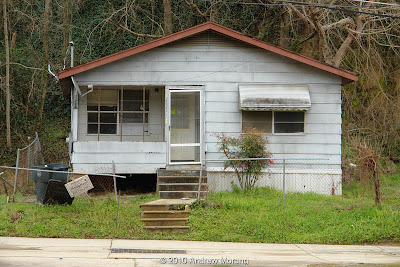 Further north, the houses consist of modest cottages of 1930s or 1940s-vintage. I noticed many have dogs behind the fences, and I assume the residents are fearful of crime. 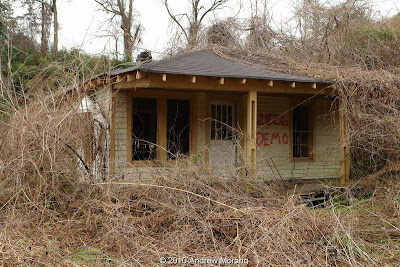 Some houses have been deserted, like this weed-covered wreck. The red paint means it is on the city's tear-down list. Like many other parts of Vicksburg, this neighborhood was probably more densely-populated and more vibrant in the 1940s. There was probably a community grocery store nearby.

Square photographs exposed with a Rolleiflex 3.5F camera on Kodak Ektar 25 film. Ektar 25 was the finest-grain color negative film ever made and was perfect for architecture.  The 2004 black and white was Kodak Panatomic-X film in a Fuji 690II camera. Panatomic-X was a classic thin-emulsion, fine-grain film and responded well to Agfa Rodinol developer. The 2014 black and white was Kodak BWC400 film (a C-41 type of film. similar to color print film but only containing monochrome dye) in a Pentax Spotmatic camera.
Posted by Kodachromeguy at 22:14 1 comment: