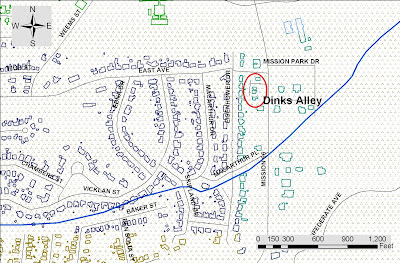 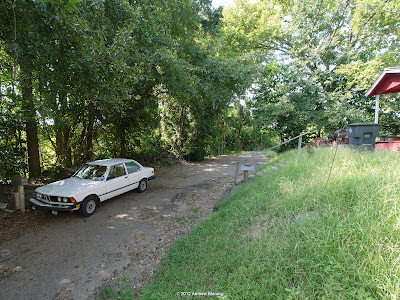 Dinks Alley is another one of those off-the-beaten-path roads that you would not know exists unless you live there or have a specific reason to visit. Dinks Alley is parallel to Mission 66, with access on the west side of the road close to the intersection with East Avenue. One can hear the traffic on Mission 66, but because of the thick brush, most drivers on the main road probably have no idea that the alley is just to the west. I learned about it from the City's demolition list, printed in the Vicksburg Post. The house at no. 251 was on the list, so I drove there to check it out. 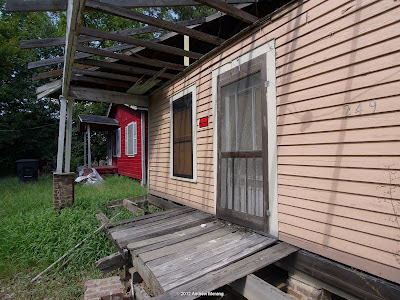 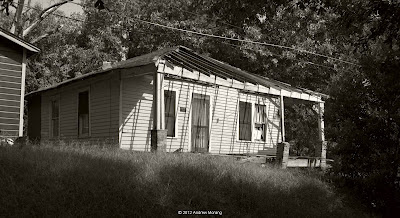 No. 251 had already been razed, but the cottage next door, no. 249, was deserted with its roof collapsing. It looked like it was 1930s or 1940s-vintage and may have once been a cheerful place. The paint was decent, so someone took care of it less than a decade ago. 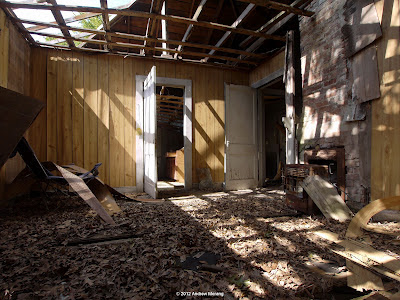 The roof over the front room collapsed. The nasty paneling suggests this had been a rental unit, although I have seen plenty of privately-owned houses with this stuff on the walls. 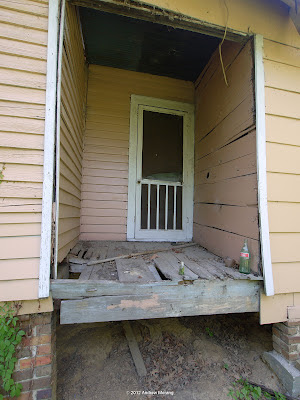 The back lost its steps or porch. The house next door was in much better condition and was occupied.

All photographs taken with a Panasonic G1 digital camera. Map drawn with ESRI® ArcMap software.
Posted by Kodachromeguy at 15:16 No comments: