As I wrote in my previous article, Łódź, Poland, was once home to immense textile mills, making the city a major industrial center in the late 1800s and early 20th century. The city fell into major decline during the Great Depression and in World War II. During the communist era, the mills continued to function with captive markets in the Eastern Block. But the industry collapsed after the 1989-1990 fall of Communism because the industrial base had not been modernized and became uncompetitive in the international market. But the mill buildings remain. As of 2016, many have been redeveloped into technology centers, loft apartments, or malls. Some have been demolished, and some remain empty and semi-abandoned. Ten years ago, Łódź must have been an urban spelunker's paradise. But now, only a few of the unused mills seem accessible, although I am sure the local urban explorers know the interesting spots to visit. 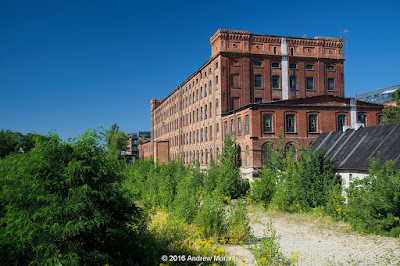 This is an example of one of the former mills, this one visible from Ulica Przędzalniana. Some of these factory complexes extended for a kilometer. This building is unused, but just to its right (north), another factory had been converted into apartments. (By the way, we had fantastic weather in Poland. I used a polarizing filter to enhance the blue sky.) 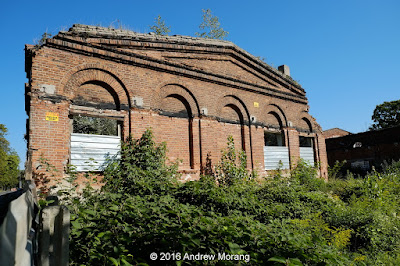 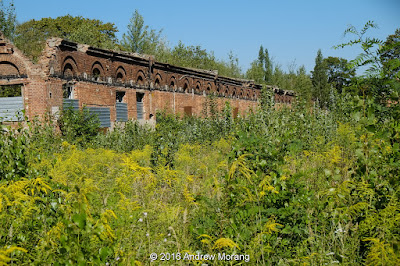 This place off Księdza Biskupa Wincentego Tymienieckiego is beyond fixing. Many Polish names are like this - rather difficult for this foreigner to pronounce. Notice the quality of the brickwork. We learned that most of eastern Europe used brick for its industrial and monumental architecture. In western Europe, cathedrals were made of stone, but in eastern Europe, they were usually fantastic brick edifices. The quality of the craftsmanship was amazing. Even in the sewers of Łódź (great underground tour), the brickwork looked like artists embellished it to be visually perfect, even though only the sewer workers would ever see it. Remembers the sewer employees in the 1948 Orson Welles film, "The Third Man?" Similar teams of underground experts worked beneath Łódź. Regardless, that was the era when they built infrastructure to last and were proud of their work - in USA, we could sure use this philosophy. 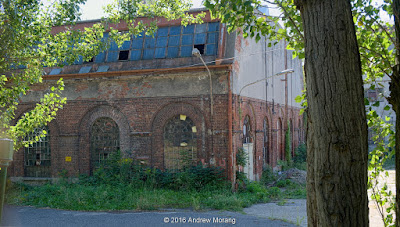 We drove through a gate to visit this site, but a guard expelled us. No fun here. 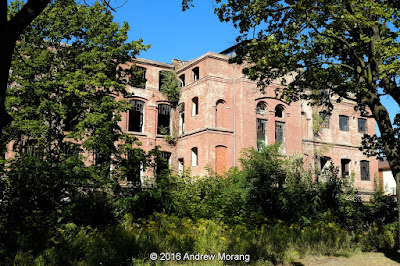 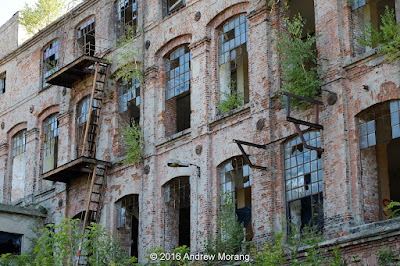 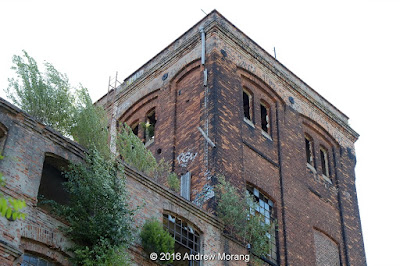 Finally, across the side street from the previous factory, I found one with a pathway through the undergrowth. Aha, urban spelunkers have been here. 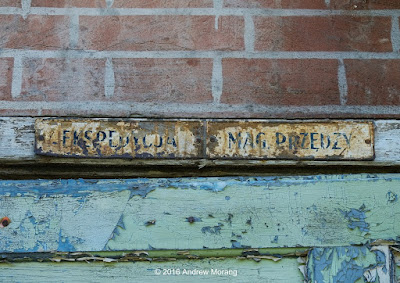 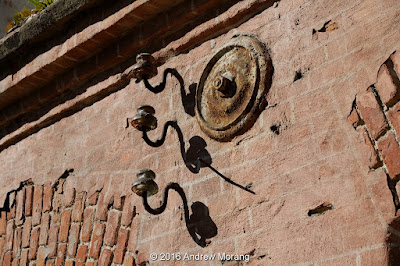 Notice how the original builders used reinforcing rods attached to iron rosettes to hold the walls together. 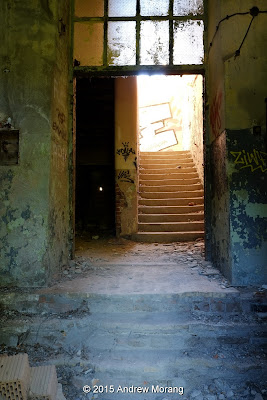 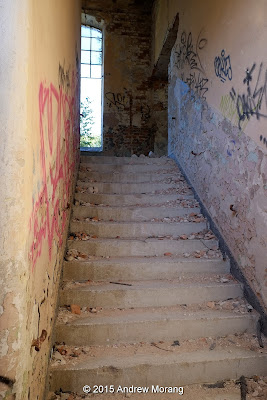 The stairs and halls were a bit intimidating, but they were reinforced concrete and still massive. 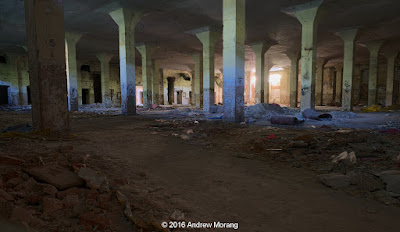 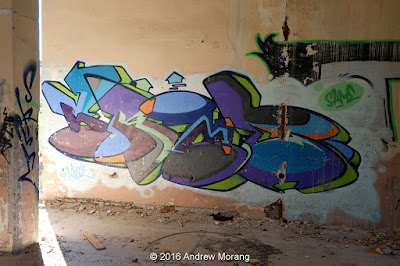 The urban artists have been at work. 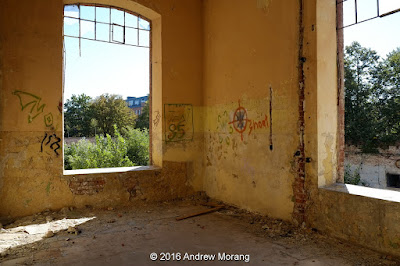 The rooms in the tower would make fantastic loft apartments. 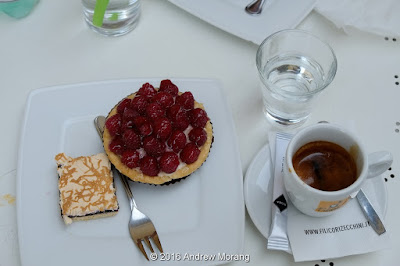 All right, I couldn't resist. When you are done exploring abandoned factories, visit a pastry shop and have an espresso and pastry. After a few minutes digesting, take in a superb meal at Anatewka, which features classic eastern European Jewish cuisine. Yes, modern Poland is like this.

Click any photograph to expand it. These are digital images from my Fujifilm X-E1 digital camera with the Fuji 18-55mm and 14mm lenses.

Addendum: If you are interested in sewers, the web page sewerhistory.org: http://www.sewerhistory.org/photosgraphics/germany-poland-and-eastern-europe/ has an interesting discussion of sanitary sewer construction and culture in eastern Europe. You better be interested. That is where your stuff goes when you flush the loo.
Posted by Kodachromeguy at 18:24

I particularly enjoyed the photographs in this tour. While your work is always wonderful, these are extraordinary.

Thank you! I have just found my mother's ancestors worked in these mills in Łódź in the 1800's. It's surreal to see these photos.

Thank you all. Indeed, these are fascinating places with great potential for a photographer.