During my October 2017 trip to Nepal, I had not planned to do a series on doors, but we kept passing by these fascinating examples. Most were home-made in craftsman-built buildings, with interesting signs and paint patterns. I really like seeing what local workmen can assemble as opposed to the dull factory-made uniformity we have in more industrialized countries.
We stayed in the nice little Sherpa town of Junbesi for three nights and then walked to the town of Ringmu. These closed hotels/lodges were along the trail.
We stayed in the Numbur View in Ringmu for three nights. The lady who ran the lodge prepared the best food that we had in the Solu Khumbu. The accommodations were OK, the toilets pretty rough. She heated the dining room with wood in the evening, but by morning, it was cold. The hot water for the shower came from pipes that circulated behind the wood stove.
Taksindu Pass (Taksindu La) is at 3031 m (9940 ft) elevation, about two hours walk uphill from Ringmu. The pass gets significant tourist traffic because the traditional trekking trail from Kathmandu to Everest Base Camp crosses Taksindu. Most tourists now fly into the town of Lukla further to the east and trek (stampede) to Base Camp from there. But some intrepid hikers still want to walk the traditional route, which can take three weeks, thereby getting acclimated along the way and sampling more of the local culture. On the return, they fly out of Lukla rather than walk all the way back to Kathmandu. When the American Everest expedition came through here in 1963, they had 900 porters to carry supplies.
The earthquakes of 2015 caused damage even here in the Solu region. In the photograph above, the building had been made of limestone blocks without mortar or a reinforced concrete frame. The cracks show how the building settled, and the door frame now really is a trapezoid.
The wise shopkeeper attaches posters extolling the Maoist regime, which, as of November 2017, was in power in Kathmandu.
The Taksindu Tharling Sheddrup Monastery, a short distance below Taksindu Pass, is an expansive complex of buildings and school dormatories. We hung a string of prayer flags for a friend who was injured shortly before our hike and could not join us.
On the trek back south to Phaplu, we passed Phera and more doors.
Phaplu has an airport and road access, so it is bustling with tradesmen, shops, and guesthouses. And chickens.
Much further west in the Gorkha region of Nepal, we stayed in the town of Bhachchek at 1790 m elevation. A walk uphill took us to the tidy little town of Siran Danda and this welcoming doorway.
Siran Danda had been partly rebuilt after the 2015 earthquakes with very neat houses, funded by a UK charity organization. The town's residents included a number of former English Army Gurkha soldiers, and they kept the place clean and orderly, like an army camp. There was no trash, the corn was hung in perfect rows, and the paint was fresh.
We saw neat stacks of beer bottles like this in several towns. Eventually, a truck comes to take the bottles away to a bottling plant for reuse.
Back to the city via a brutal jeep ride down rough rutted roads with mudpits as deep as a jeep. A short stop in Anbu Khaireni on the Pokkhara highway for lunch and a change to a minivan was very welcome.
Finally, we returned to the big city. The spectacular golden door is in the Royal Palace in Patan. Patan is also known as Lalitpur City, one of the three ancient cities in the Kathmandu Valley. At one time, the three were separate, but now the urban sprawl has grown to form a large urban mess. Patan's Durbar Square is one of three Durbar Squares in the Kathmandu Valley, all of which are UNESCO World Heritage Sites. The palaces and temples in Patan Durbar Square, masterpieces of Newa architecture, were badly damaged in the 2015 earthquakes. 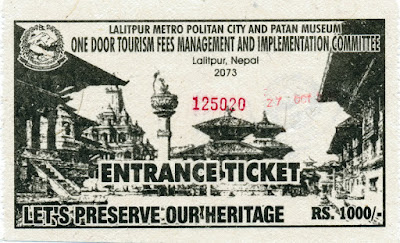 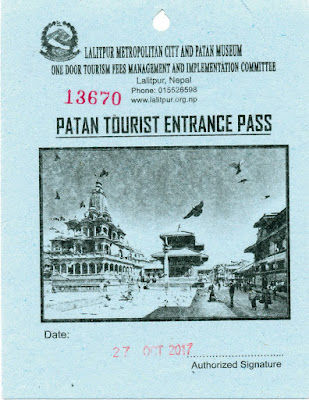 Most photographs are from Kodak Ektar 100 color negative film, exposed in a Yashica Electro 35CC rangefinder camera with Yashinon 35mm f/1.8 lens. I scanned the negatives with a Plustek 7600i film scanner, controlled by SilverFast Ai software. Four photographs are from a Nexus 4 phone.
Posted by Kodachromeguy at 08:00

I love the post very much. It is really good. Energy efficient windows in Arizona

I enjoyed reading your article :) PLease continue publishing helpful topics like this. Regards, from https://www.pellamontreal.com/

I think this article will fully complement your article.

These pics are looking really rare pics i hope really hardworking is require for getting this..
Garage door openers Sydney

Very interesting Blog, which you have shared here about the UPVC windows. I am very thankful to you for posting this type of article here. uPVC Windows in India.

Great article!! Thank you for your post. This is excellent information. It is amazing and wonderful to visit your site.
upvc windows and doors
upvc sliding windows
upvc windows Hyderabad
upvc doors suppliers

Wow what a great article about Nepal. Indeed, I have visited more than 5 times in Nepal. My first visit to Nepal was the trip to Mt Everest and it was really an amazing experience. I enjoyed mountain a lot.