The Mississippi river crested on Thursday, May 19, 2011 at 57.1 ft. on the Vicksburg gage, 1.1 ft. higher than the crest during the great 1927 flood. If the levees had held, the 1927 crest would have been higher, but as measured, the level was 56.0 ft at Vicksburg. In this year's flood, the Kings neighborhood in north Vicksburg was one of the wettest areas of town. In a few places, the water was right at the base of North Washington Street. In previous floods, like the one in 2008 (crest 50.9 ft.), water remained west of the railroad tracks, which served as a form of levee. 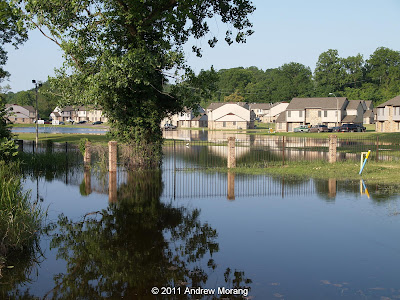 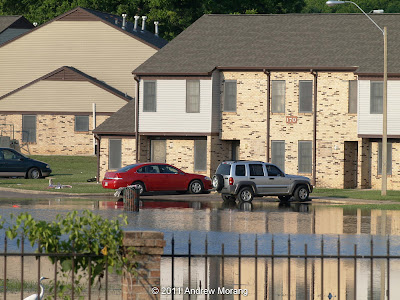 Some good news: The Waltersville Estates, operated by Vicksburg Housing Authority, just missed getting water in the ground floor units. I think no one needed to be evacuated. 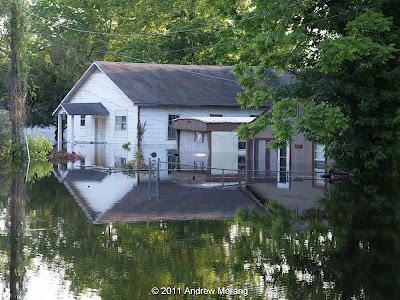 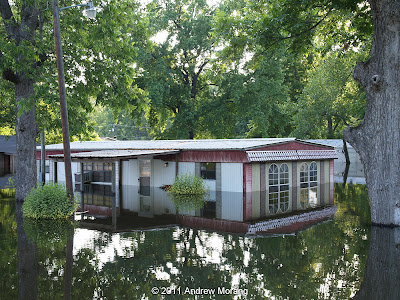 Further north, conditions were much messier. This church and house are near the intersection of Hutson and North Washington Streets. 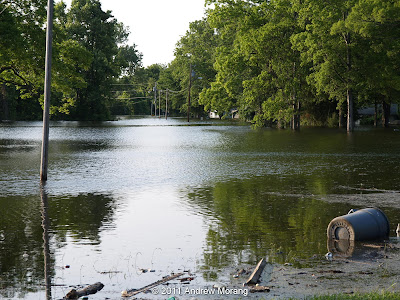 Look west along Hutson Street, and all you see is water. 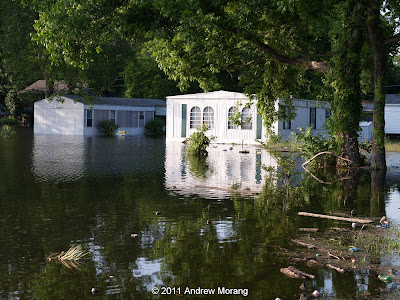 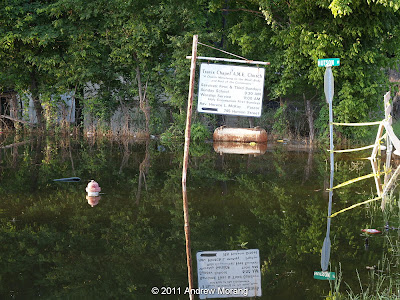 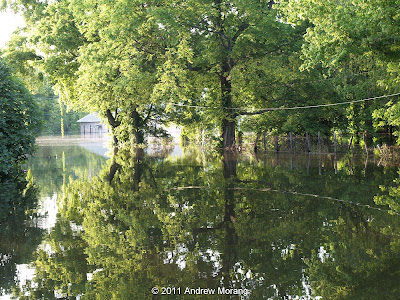 In all, more than 2000 people were displaced in Vicksburg, according to the Vicksburg Post. I think most were from this low-lying area north of Vicksburg. The water is predicted to remain at this level for at least three days and slowly - very slowly - start to recede. Public Radio has already started warning people to wear protective clothing when they enter flooded homes, and the county is offering free tetanus inoculations. And rangers are on duty to help remove snakes and alligators.

Update June 19, 2011. According to the Vicksburg Post (from county and Federal sources):
(Photographs taken with an Olympus E-330 digital camera.)
Posted by Kodachromeguy at 21:02