Friends and coworkers have expressed interest in the temporary flood gates that the City of Vicksburg workers install to hold back the water. The concrete floodwall lines the Yazoo Canal along the Vicksburg waterfront. It runs from near the mouth of the canal (where it enters the Mississippi River) northward to Grove Street, then turns east and ends as Grove Street runs uphill. 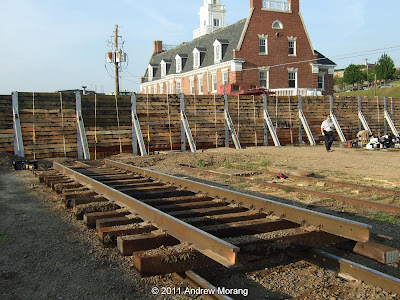 There are several gaps in the floodwall to allow access to the river. The widest gap is where Levee Street runs north-south at the Grove Street junction. The railroad tracks also run through here. To block this opening, the city workers have to cut the tracks, dig up part of the pavement, and install steel I-beams. They have to dig up the street each time they anticipate a flood high enough to need the temporary barriers. It's a bit clumsy because afterwards, they have to repave the street. I expect they fill the hole with dirt and just add a thin layer of asphalt. Wood beams (stop logs) are placed in the I-beams and sealed with tar and oakum. In this photograph, you can see the 1907 railroad depot on the wet side of the barrier and can see a section of railroad track that was removed. 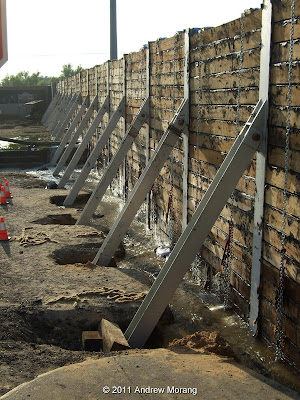 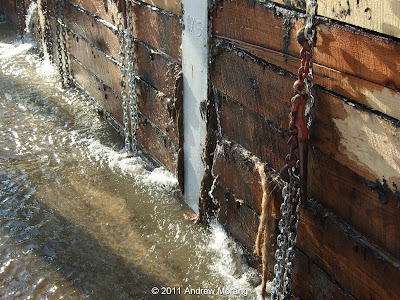 The temporary barrier is simple and effective against low flood levels. I have seen it hold back a half meter of water. This will be the test to see how it works with 2 m! Some water seeps through and pumps move the runoff back over the concrete wall some distance to the south (near the casino). 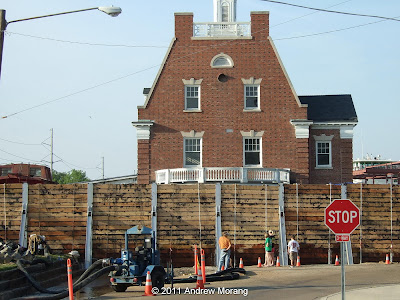 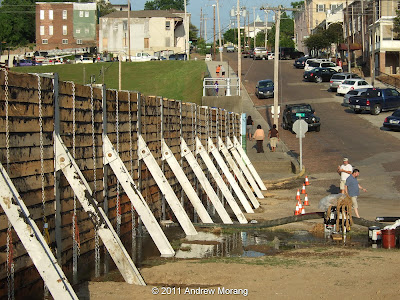 This last photograph shows Grove Street. Most of Vicksburg is on the bluffs and therefore safe from flooding. Compared to the early 1900s, when the entire Vicksburg waterfront was lined with shops, foundries, ship chandlers, and manufacturing plants, there is less at risk now if the waterfront were to be inundated.
Posted by Kodachromeguy at 11:00

can u send photos showing the water and stoplogs.

For decades Plasti-Fab heavy duty composite FRP Stop Logs have been used successfully by engineers in a wide range of applications. Plasti-Fab Stop Logs are in service in thousands of corrosive environments around the world.