Regular readers may remember my earlier posts about the Mississippi Basin Model from early 2010, July 2010, and Dec. 2010. This was the most comprehensive hydraulic model ever built, meaning it covered the largest land extent of any model. The Corps of Engineers also built a Chesapeake Bay Model and one of San Francisco Bay. The Chesapeake model only had a full operational life of three years and is now gone.  But the San Francisco model still exists and is open to visitors in a warehouse in Sausalito. 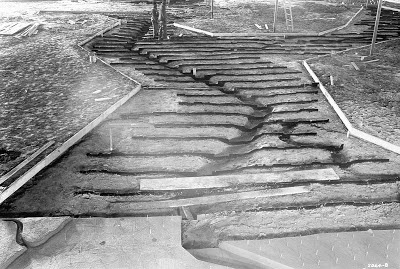 In the first photograph, metal templates that show the topography have been laid out across the soil at specified intervals. The templates usually have vertical exaggeration, such as 1:10, meaning vertical distance is scaled 10 times greater than the horizontal scale. Then the soil is moved and shaped to approximately match the templates.

At the Mississippi Basin Model, the original earth work, excavating canals, and installing piping was performed by German prisoners of war.  The Germans were repatriated in 1946, and civilian employees completed the rest of the model.  The template method of shaping the terrain was used between 1946 and approximately 1953. But the expansive soil in the area required a shift to the contour method of construction (not shown in these photographs). 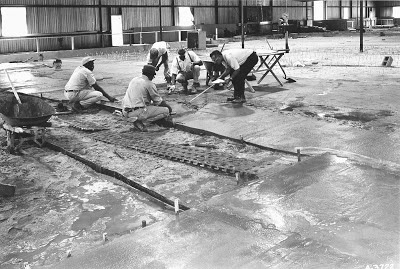 In the second photograph, the workers are carefully pouring concrete and shaping the surface to exactly match the top of the templates. This is painstaking work requiring years of experience. The labor, time, and space requirements underscore why building physical models is so expensive. 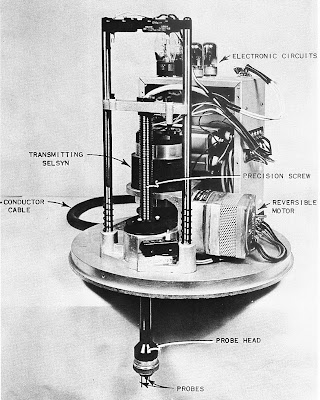 This is an electronic water-level follower, meaning an instrument to measure water level. Notice that electronic circuits means vacuum tubes! 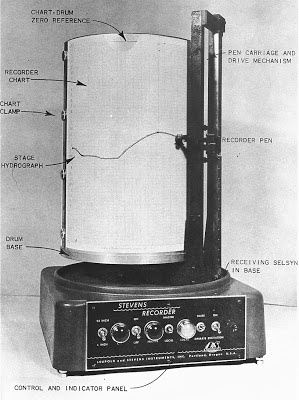 Finally, here is one of the Stevens chart recorders that plots the water level over time. As the paper drum turns, an ink pens moves up and down on the guide rails. 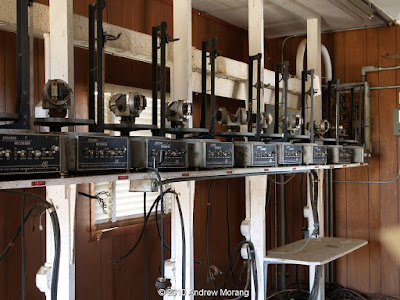 This is a January, 2010, photograph of one of the controls rooms at the Basin Model. Since then, all the Stevens recorders have been removed, probably stolen.

Historical black and white photographs courtesy of the Coastal and Hydraulics Laboratory, Engineer Research and Development Center, US Army Corps of Engineers.
Posted by Kodachromeguy at 18:15