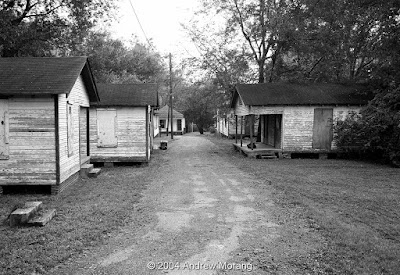 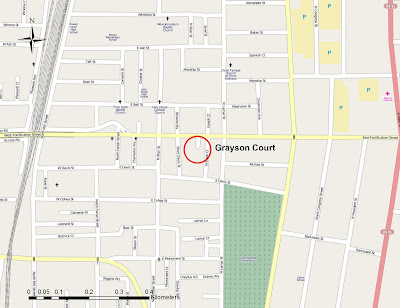 I do not know much about the history of these types of "courts," but I assume they were built in the early 20th century to house industrial workers. The men from Grayson likely went to Mill Street to the railroad or various industrial concerns, while the women worked as domestics around town. 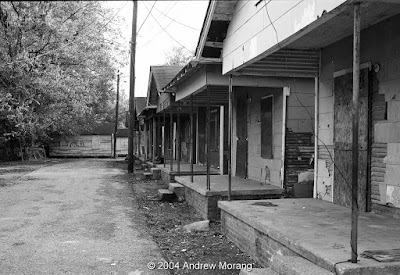 By the early 2000s, the little houses at Grayson Court were in poor condition. But some had been recently refurbished. 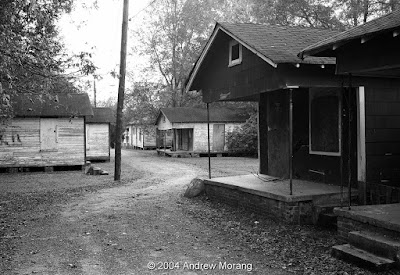 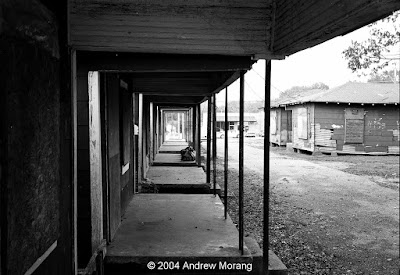 I met a gent with painting equipment and tools at one house. He said he had been fixing the houses and was mad that they had been condemned. Then another fellow came up and the painter chased him away with a hammer. The carpenter said he was a drug-dealer. 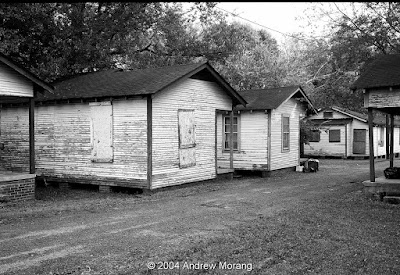 Some of the houses had been secured to prevent vandalism. But in the mid-2000s, all these houses were cleared away, and the site is now a flat empty lot. 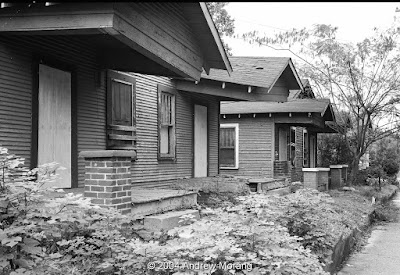 A few blocks away, on Blair Street, rows of early 20th century cottages were also closed and secured. Notice that the porch supports are missing in this 2004 photograph. Here, too, I think most of these houses have been demolished. Possibly a reader can share some history of this area.

Photographs taken with a Fuji GW690II 6×9 medium format camera on Kodak Panatomic-X film, developed in Agfa Rodinal developer at 1:50 dilution. The camera was tripod-mounted for all of these frames.
Posted by Kodachromeguy at 12:15