Learning and peace, the Himalaya Buddhist Academy of Serlo (Nepal 2017-10) 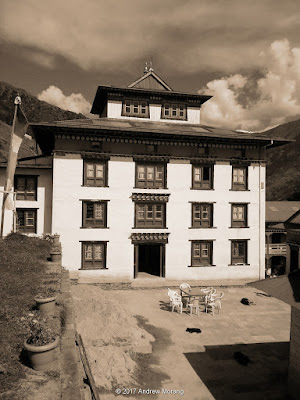 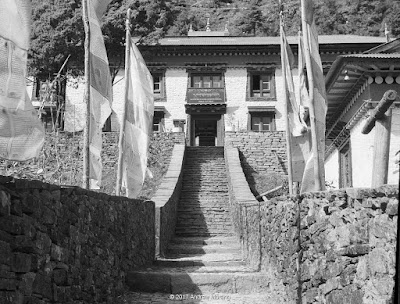 The Himalaya Buddhist Academy at Serlo, in the southern Solu Khumbu, perches on a sunny hillside at 2870 m above the town of Junbesi. The Tibetian name is Ngagyur Sergon Lungrig Sheddup Zungdel Ling (Higher Buddhist Studies and Research Center). It was founded in 1959 by Ven. Khenpo Sangye Tenzin (1924 - 1990), a scholar and teacher who had trained in Tibet. After the brutal Chinese invasion of Tibet, many monks/scholars fled south to Nepal and set up schools or monasteries to preserve Buddhist teachings and traditions. The traditional Kathmandu to Everest Base Camp trail comes by the front of the monastery, so the monks and students see many tourists in the trekking seasons. 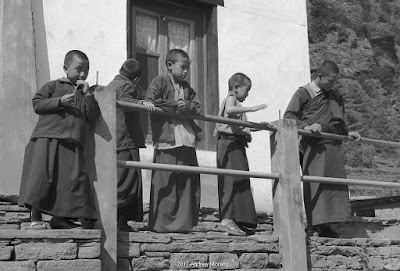 My friends and I hiked up from Junbesi on a cheerful sunny day. The students were glad to see us. They were especially impressed because my friend, Don Messerschmidt, speaks fluent Nepali. We received the royal treatment, including tea and Digestive Biscuits. 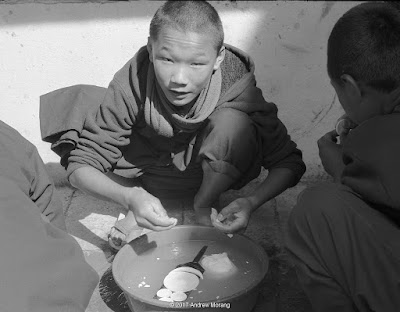 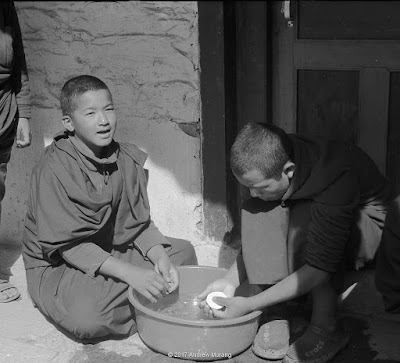 Some of the boys were practicing to make torma from barley flour and water. The torma is decorated with butter sculpture, known as chopa. The boys practice making shapes such as disks, dots, lunar crescents, and flower petals. 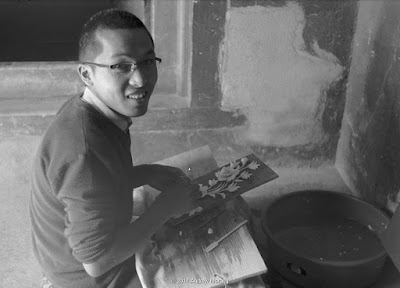 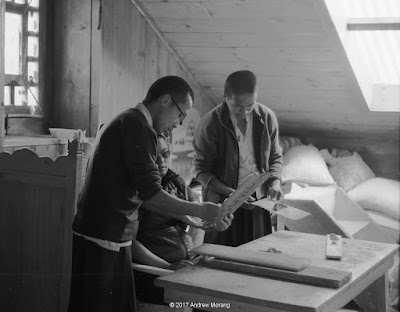 The more skilled boys make amazingly intricate shapes. In the lower picture, a teacher is grading them on their workmanship.

The students come from Nepal, India, and occasionally from further away. Many Nepali families send their children to be trained at the monastery. At about age 18, they can opt to remain or leave and return to the regular commercial world. They live in dormitories on site. 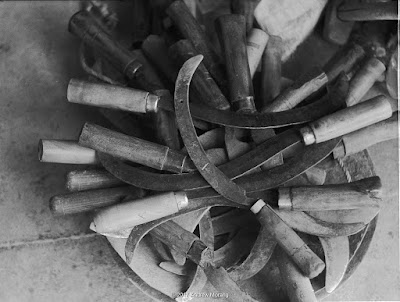 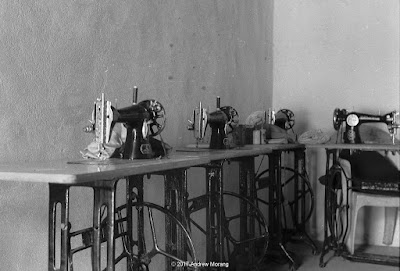 The monastery is partly self-contained. The monks and students grow vegetables and barley on the hillsides. And they make their clothes on sturdy treadle sewing machines. 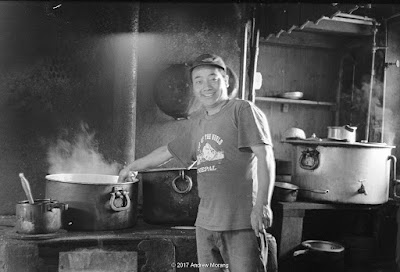 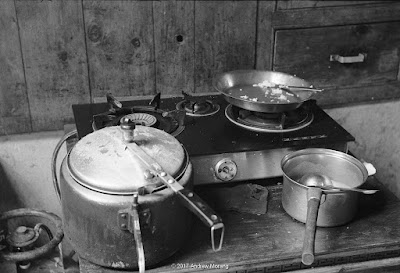 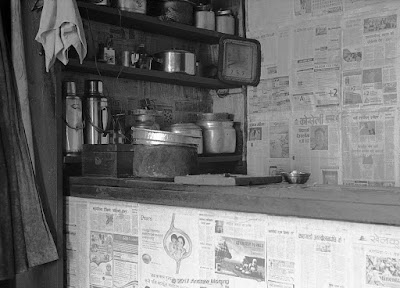 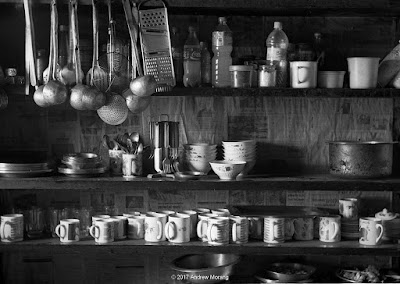 Once again, the kitchen was an interesting place, with shiny pots and mugs and very directional light. In this monastery, the cook is a professional contractor, not a monk. They use some gas, which is brought in. A road links the monastery to Junbesi, so trucks can bring in supplies.

The black and white photographs are from Kodak Tmax 400 film taken with a Leica IIIC rangefinder camera and a 50mm f/2 Summitar lens.
Posted by Kodachromeguy at 08:00