Driving west on Washington State Route 6, you eventually reach the environs of Willapa Bay. This is one of the largest estuaries on the North Pacific coast. For over a century, it was famed for its oyster harvest. The town of South Bend is on a bend of the Willapa River and serves as the county seat of Pacific County. During some business trips in the early 2000s, my coworkers and I passed through South Bend. It looked pretty rough back then. 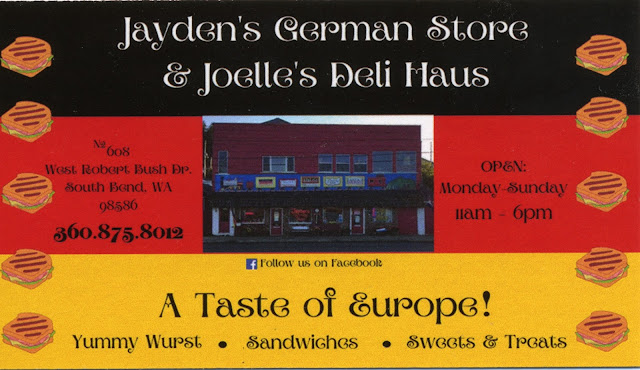 In March of 2022, South Bend looked much better. We wanted to lunch somewhere and were surprised to see signs for Jayden's German Store? What, a German deli in South Bend? We could hear the Brätwurst calling us ("Come eat me..."). 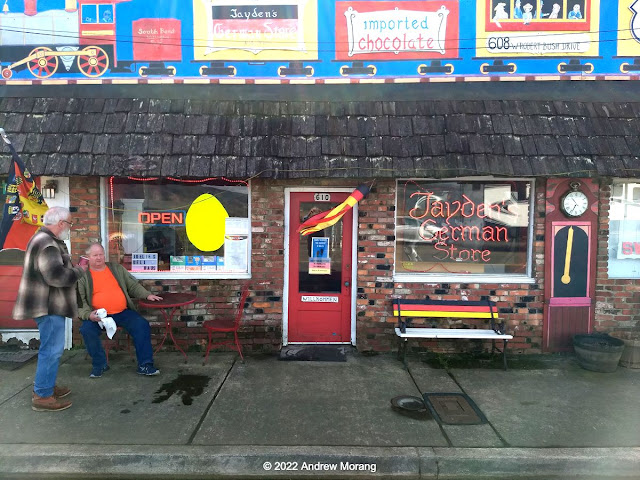 Jaden's store is right on the main road. Find a place to park and shop for souvenirs, chocolate, mustard, and cookies. Pick up a few hot brats for lunch. We learned that the owner formerly cut hair and then decided to open the store and sell items from the old country. 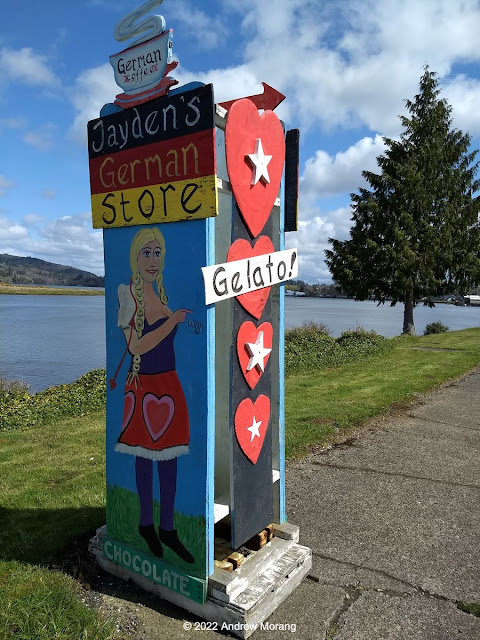 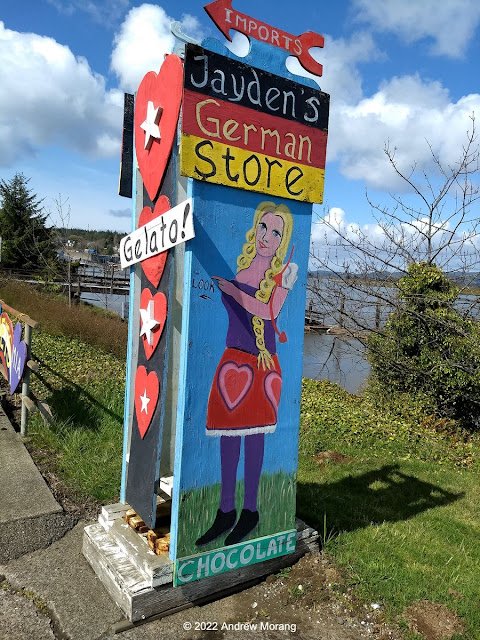 Hand-made signs. Folk art at its best. I love places like this.

Unfortunately, Coastal Coffee in its cheerful little blue house was no more. 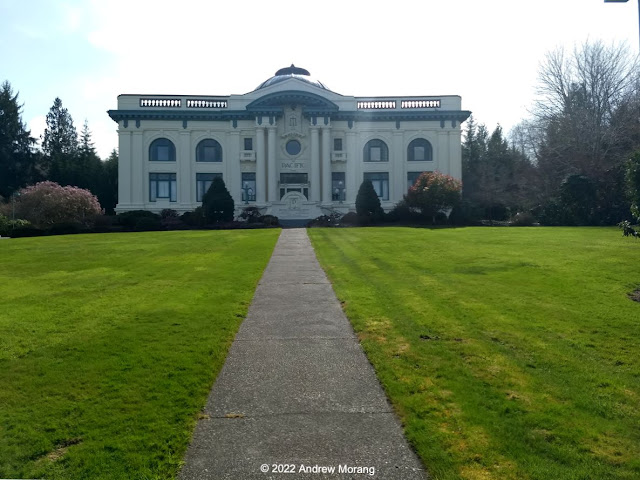 The Pacific County Courthouse is an unusually ornate structure in immaculate condition. We met the city clerk, and she graciously opened the building and showed us around.

Standby for more southwest Washington in the future.

Most of these photographs are from a Moto G5 mobile phone except for the frame of the cheerful little blue coffee shack.