Travel north on Highway 61 from Rolling Fork, and the next "big" town that you reach is Hollandale. According to Wikipedia, the town was almost totally burned in 1904, so I assume most of the buildings you see in the downtown strip are newer. 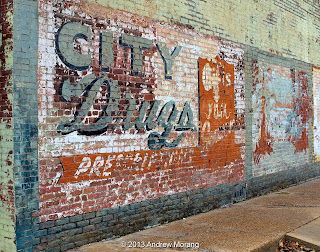 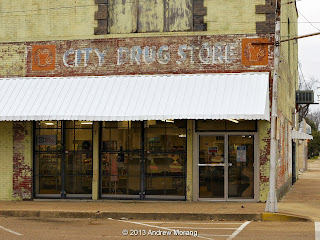 There was once a cheerful and prosperous commercial strip.  I left these photographs of the City Drug Store in color because the tones and textures were mellow in the evening light. 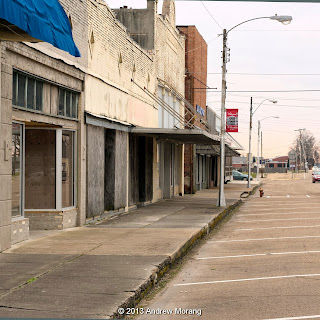 The strip is mostly boarded up.  But you can see that the merchants were proud of their buildings in the early 20th century.  I met a couple who said they were trying to bring art and cultural tourists to Hollandale.  They were hoping to entice people on blues tours to stop. The big problem: lack of amenities like restaurants. 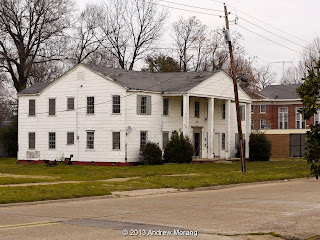 I am not sure how this big wood mansion was once used - a rooming house possibly?
Just west of the railroad tracks, the oil mill is deserted. 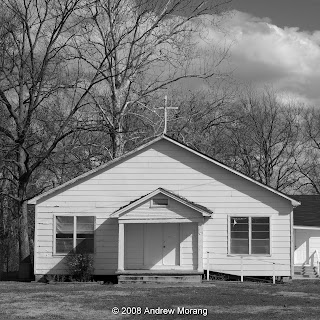 Finally, here is a small church on Highway 61.  It is in nice condition, but much of the rest of town is forlorn. 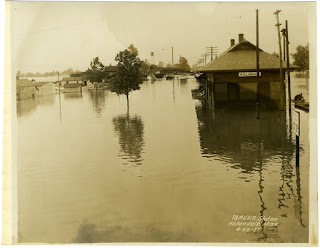 Modern photographs taken with a Panasonic G1 digital camera.  For the square frames, I processed the RAW files with Photo Ninja software.
Posted by Kodachromeguy at 20:43

That church was my church home when I live back home.. It is call Little Rock M.B. Church

This saddens me to see my home in ruins.

The seventh and eighth pictures from the top are not of an abandon cotton gin. They are pictures of an old oil mill that ended operation. I grew up in Arcola.

Thank you. I corrected the captions.

My name is Dameion Moore. My Grandparents are from Hollandale. Is anymore of my family there?