Burmese days 14: On the Waterfront, the Road to Mandalay

Rudyard Kipling wrote his poem, "Mandalay," in 1890. Mandalay is up the Irrawaddy River, so there are no flying fishes (if he was thinking of South Pacific flying fishes). And there is no bay across which China is located. Possibly Rudyard had been tossing back a few too many at the Pegu Club, but we make allowance for poetic license. 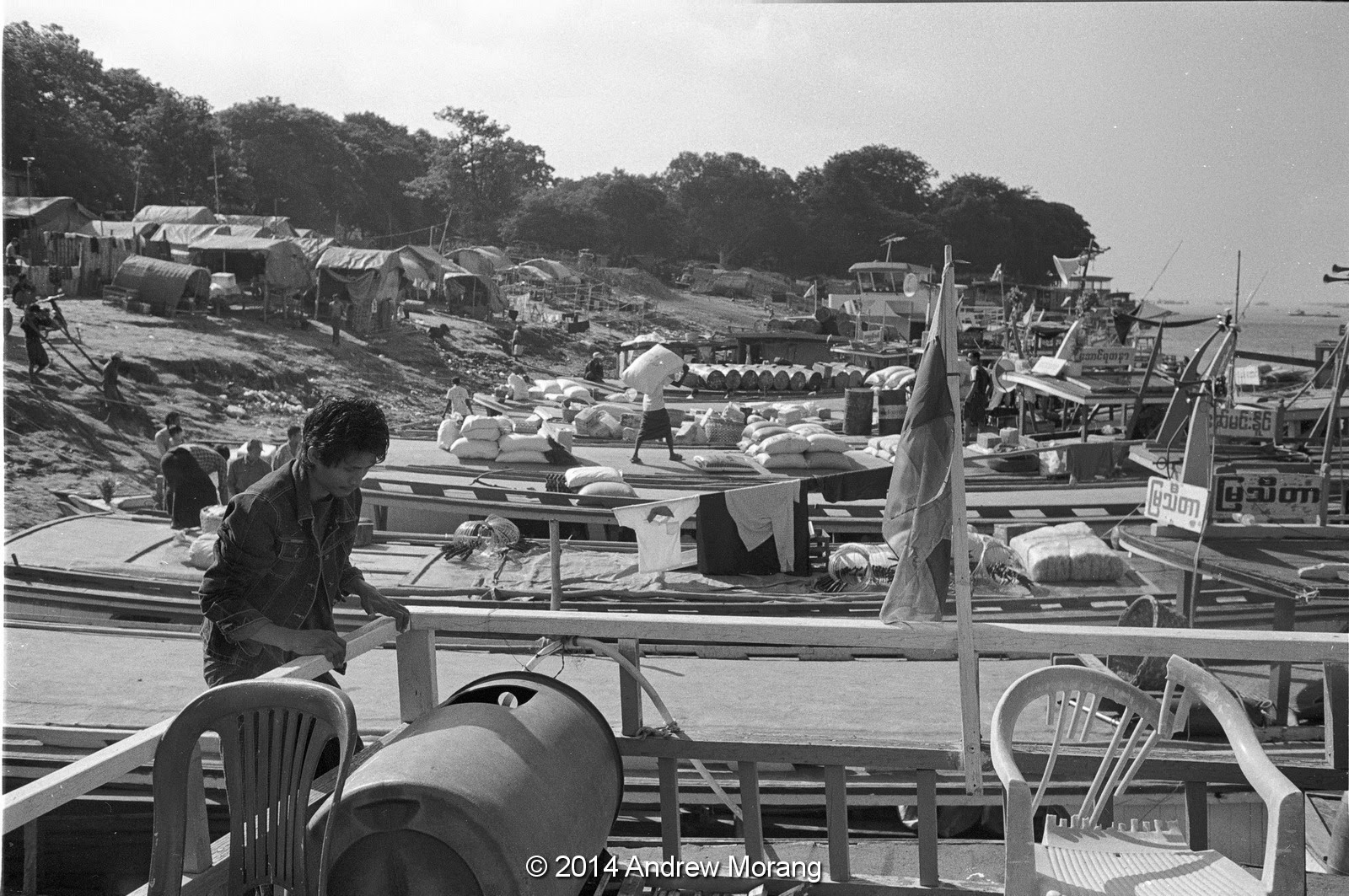 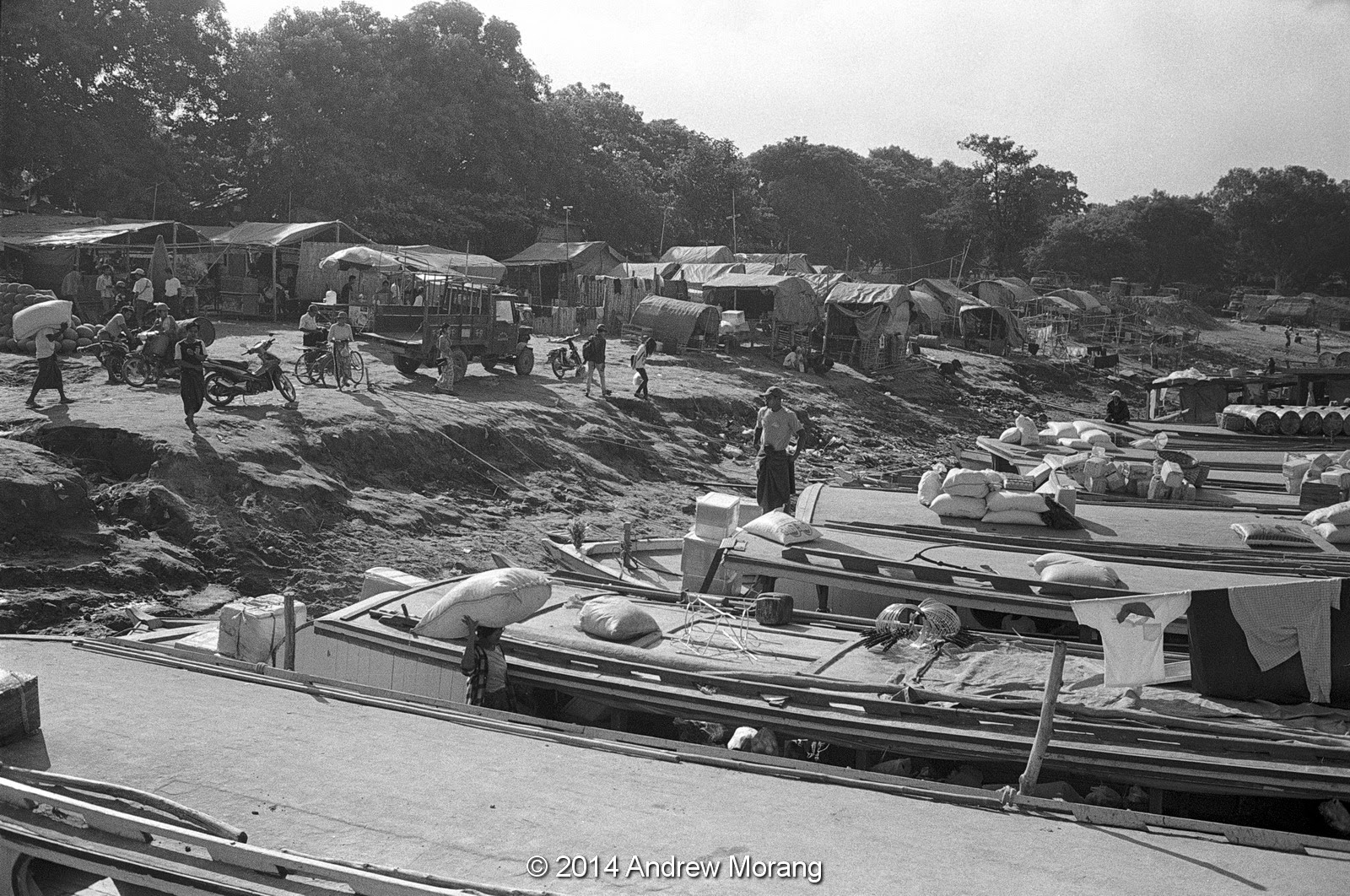 Today, Mandalay is a modern city with crowded streets, motor scooters, low-rise office buildings, and wi-fi. But the Irrawaddy river banks really surprised me. I did not see a real dock area, just sheds build on the muddy banks and tens or hundreds of boats moored against the mud. 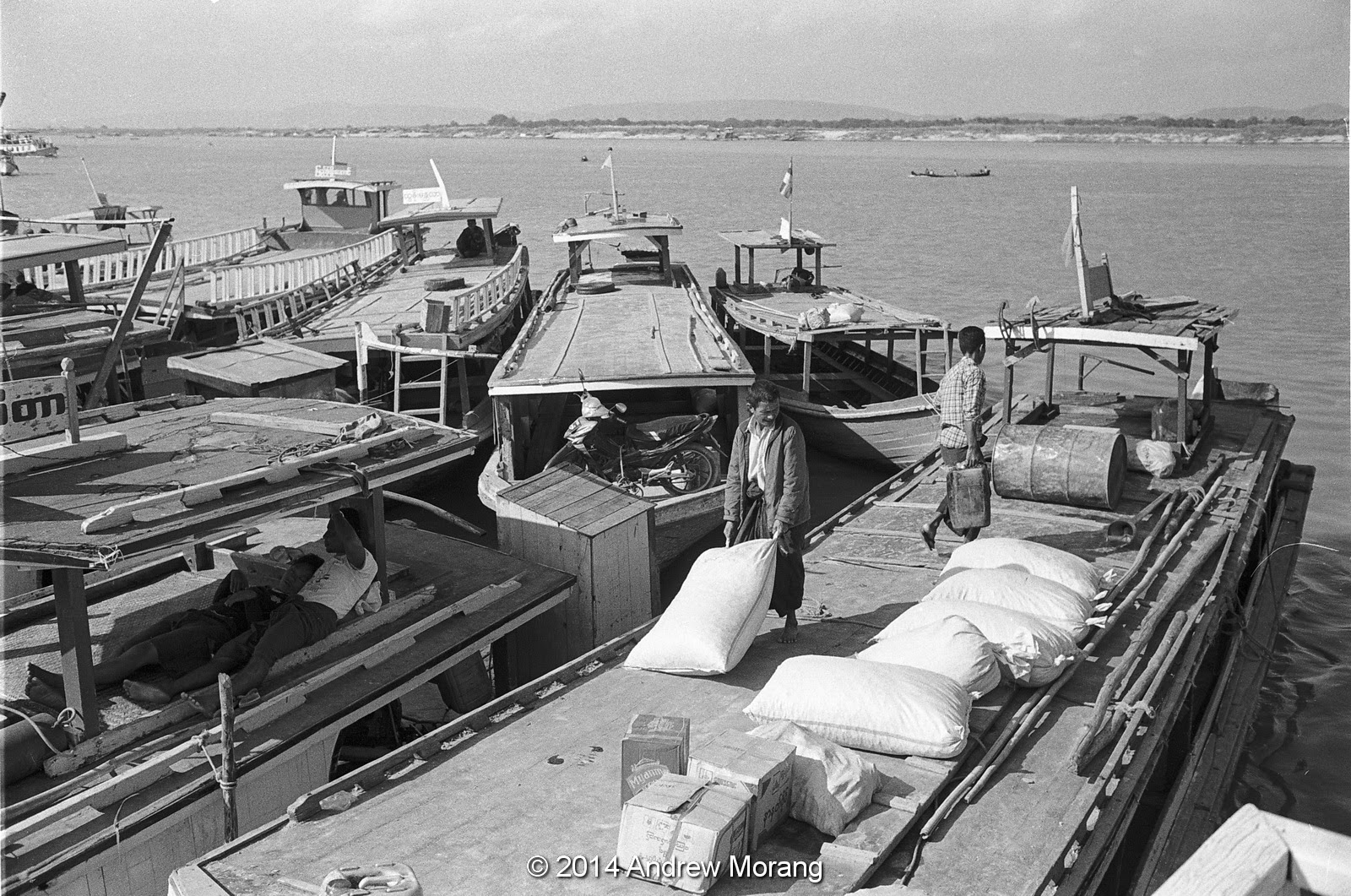 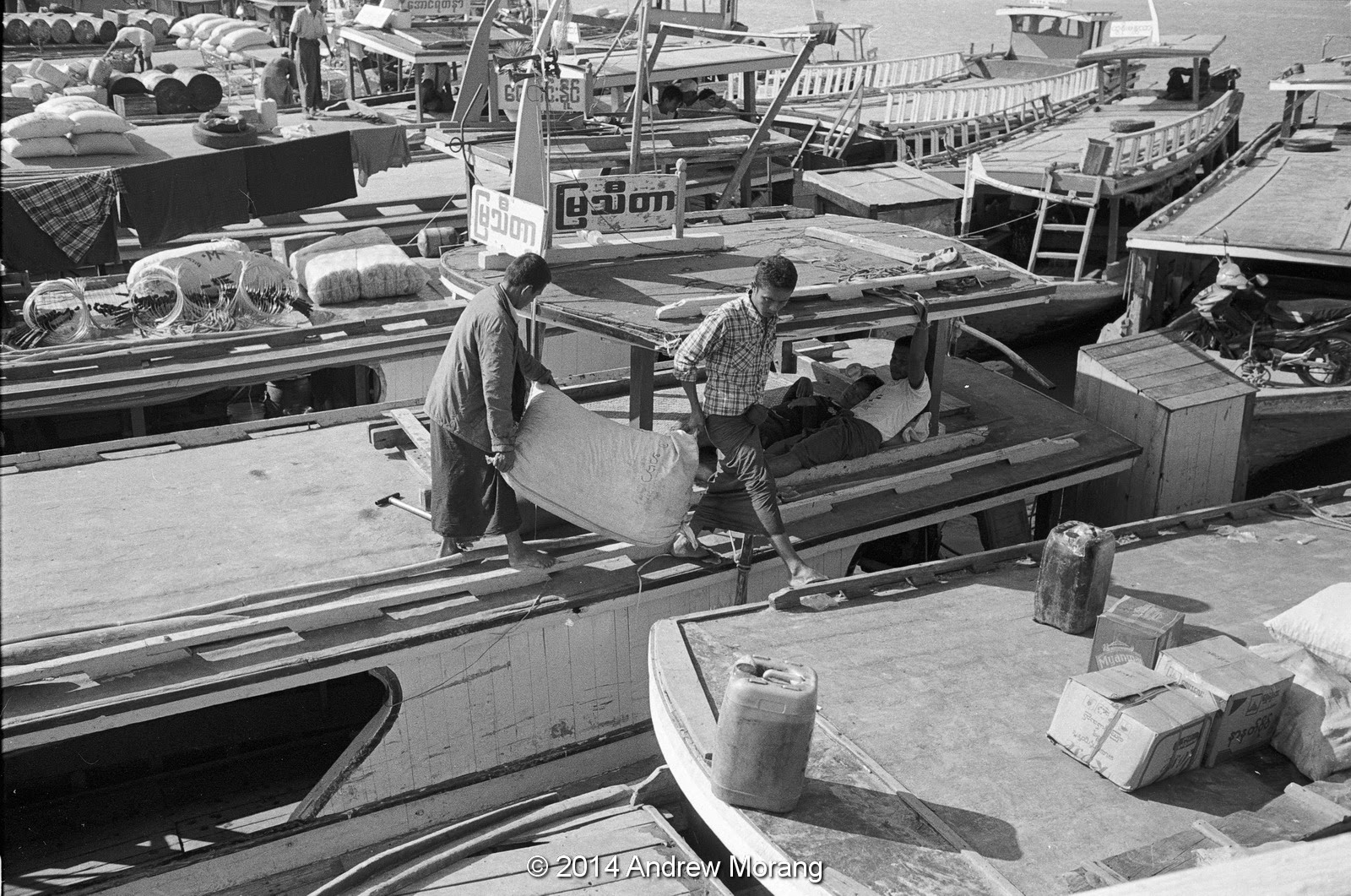 It was bustling. Workers were loading and unloading heavy sacks of rice. Scooters, machine tools, and drums were being hand-carried onto the decks. 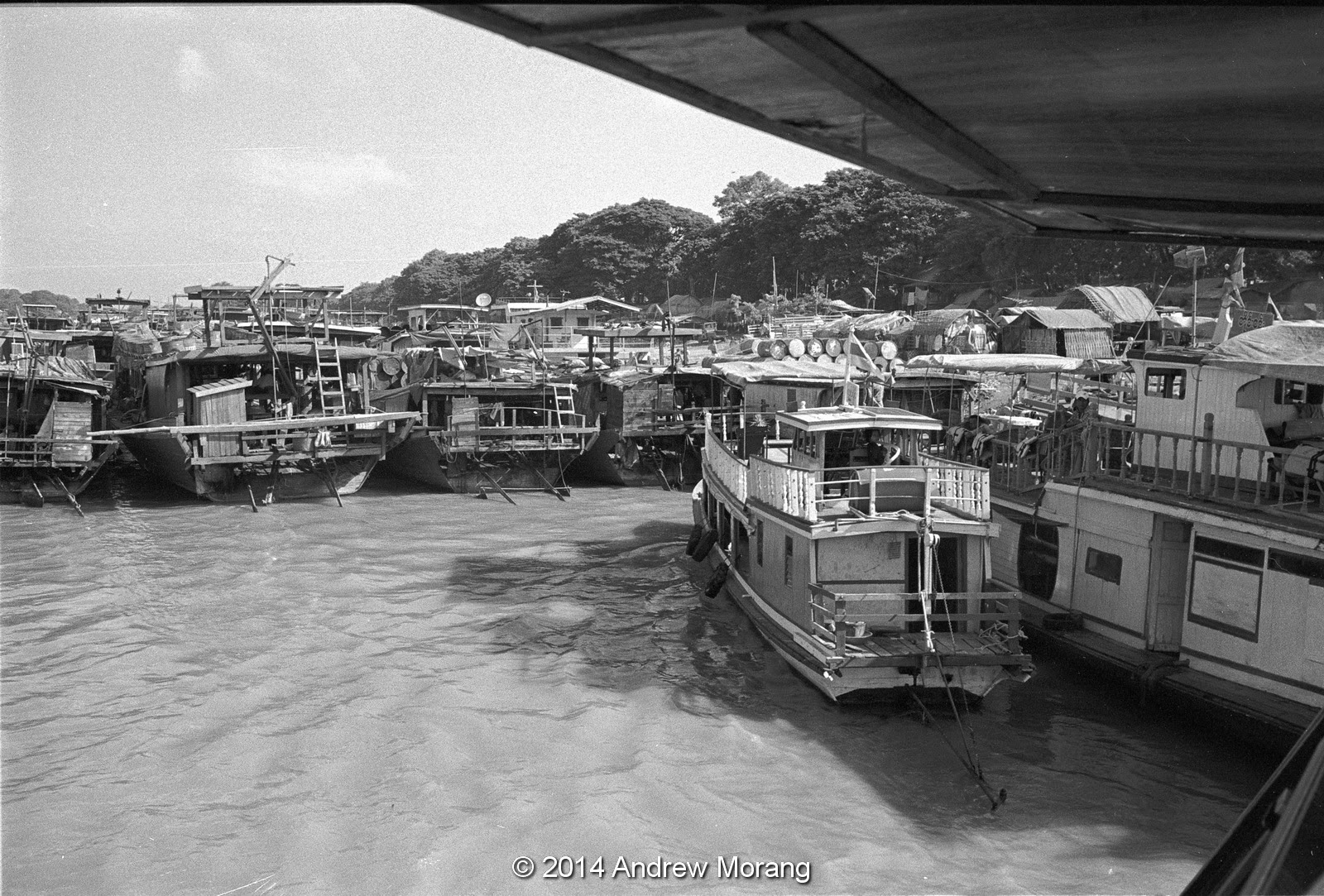 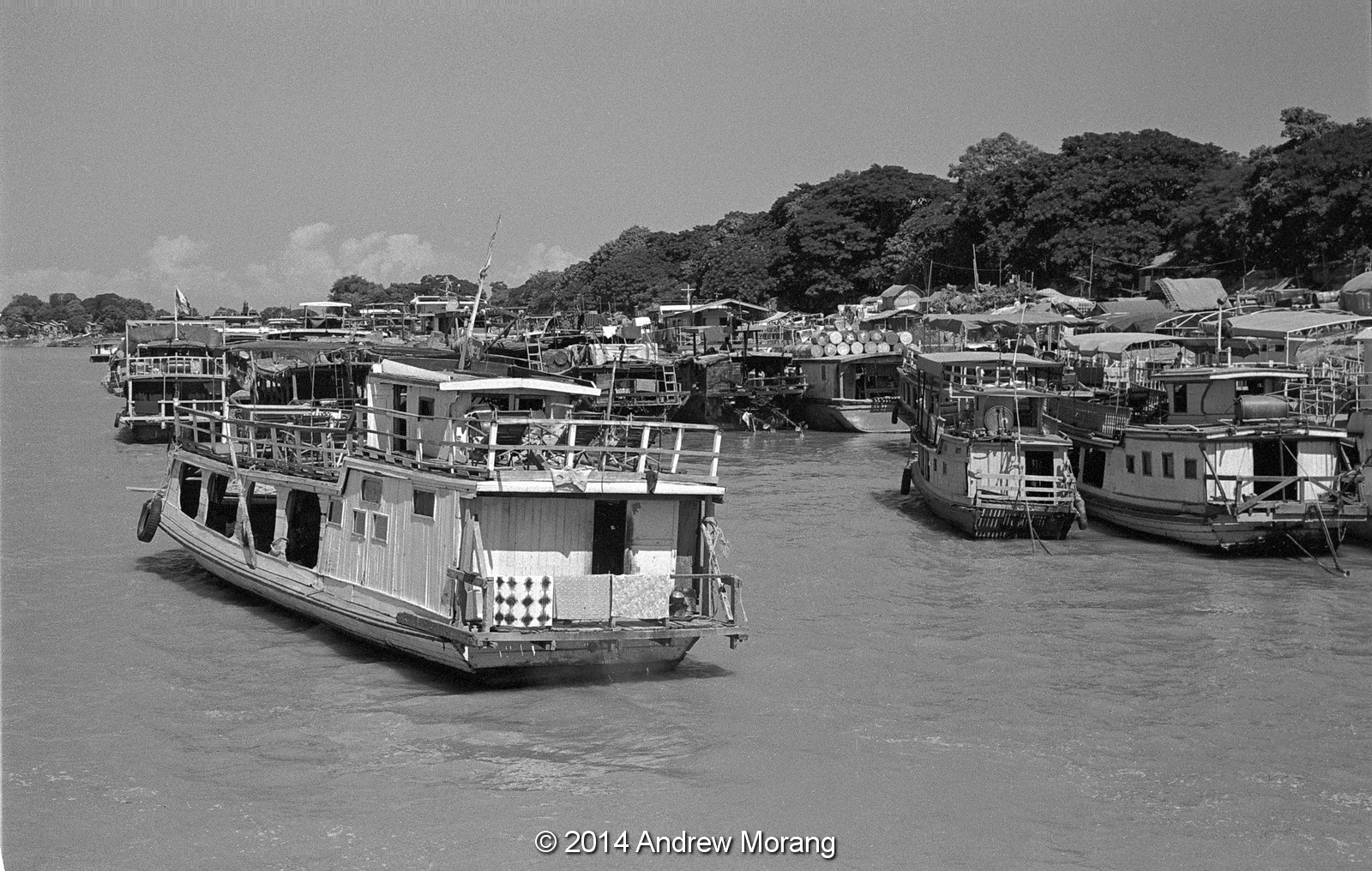 These heavy boats are made of teak planks and are powered by heavy-duty diesel engines from China. The engines are mounted in the stern above waterline and connect to the screw by a long solid shaft, so there is no bearing through the hull below water. Simple, effective, and really noisy. 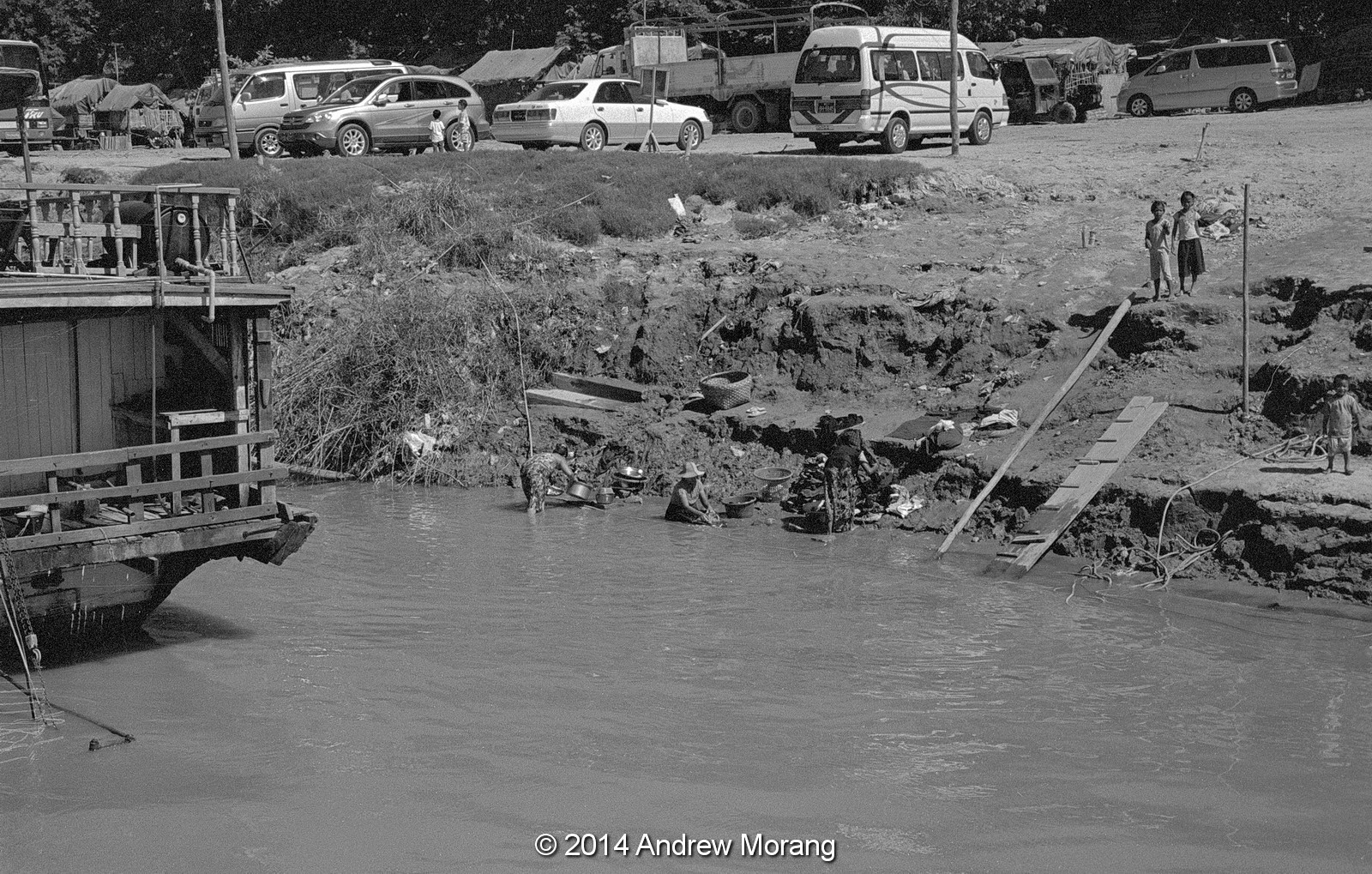 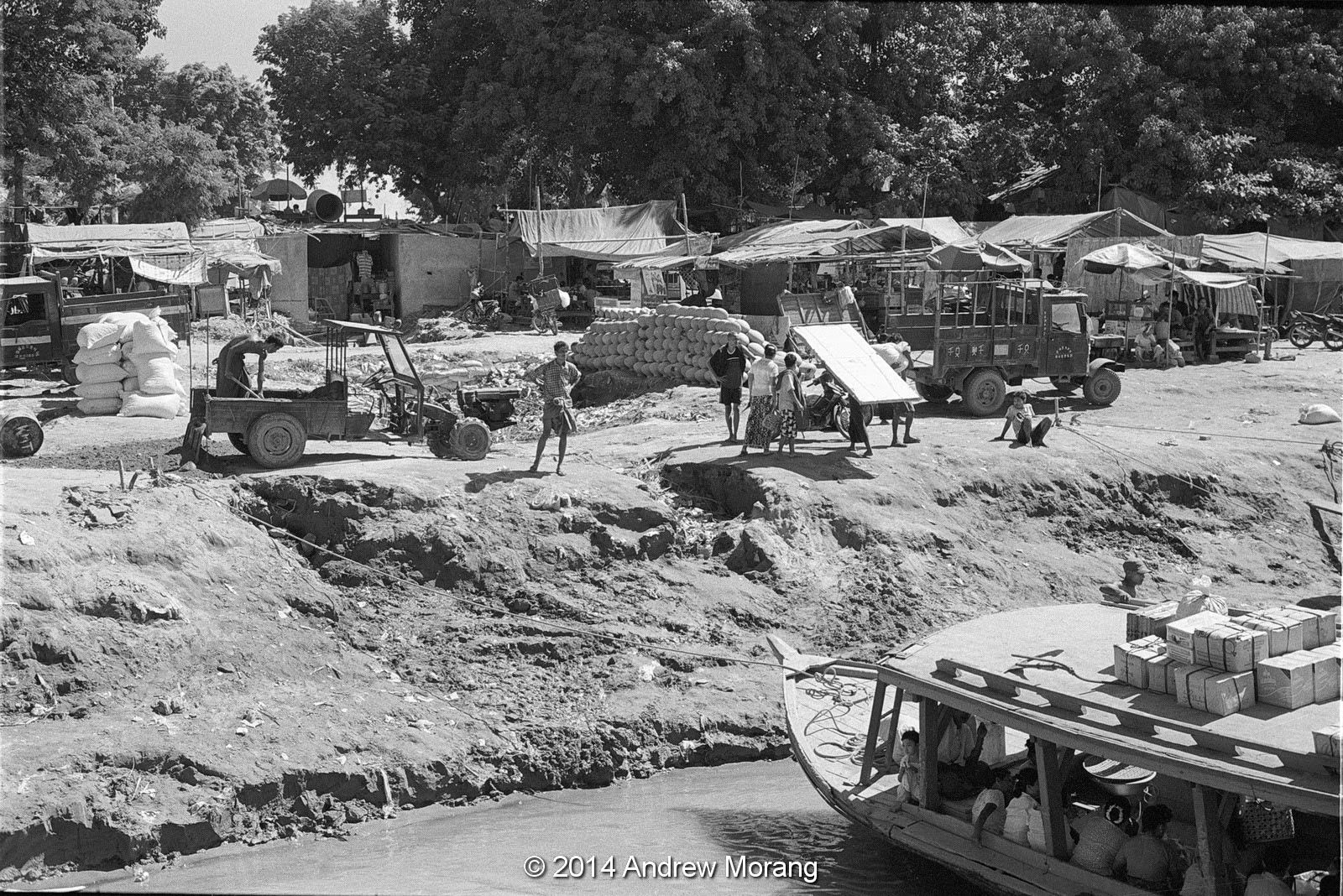 As I wrote above, I was surprised at the lack of docks or infrastructure. There were no concrete boat or cargo ramps leading down to the water. These people must put up with the mud in the wet season. 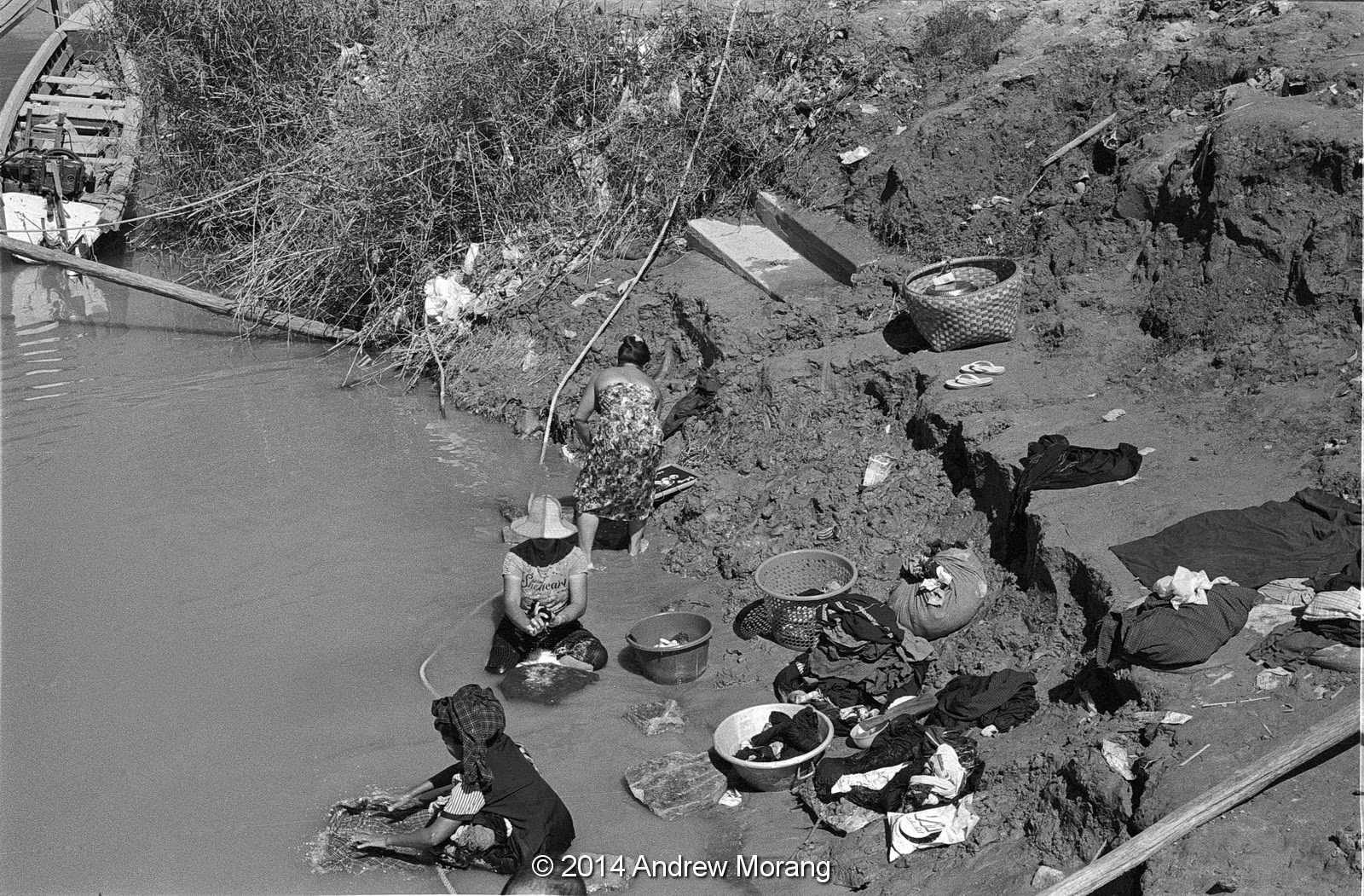 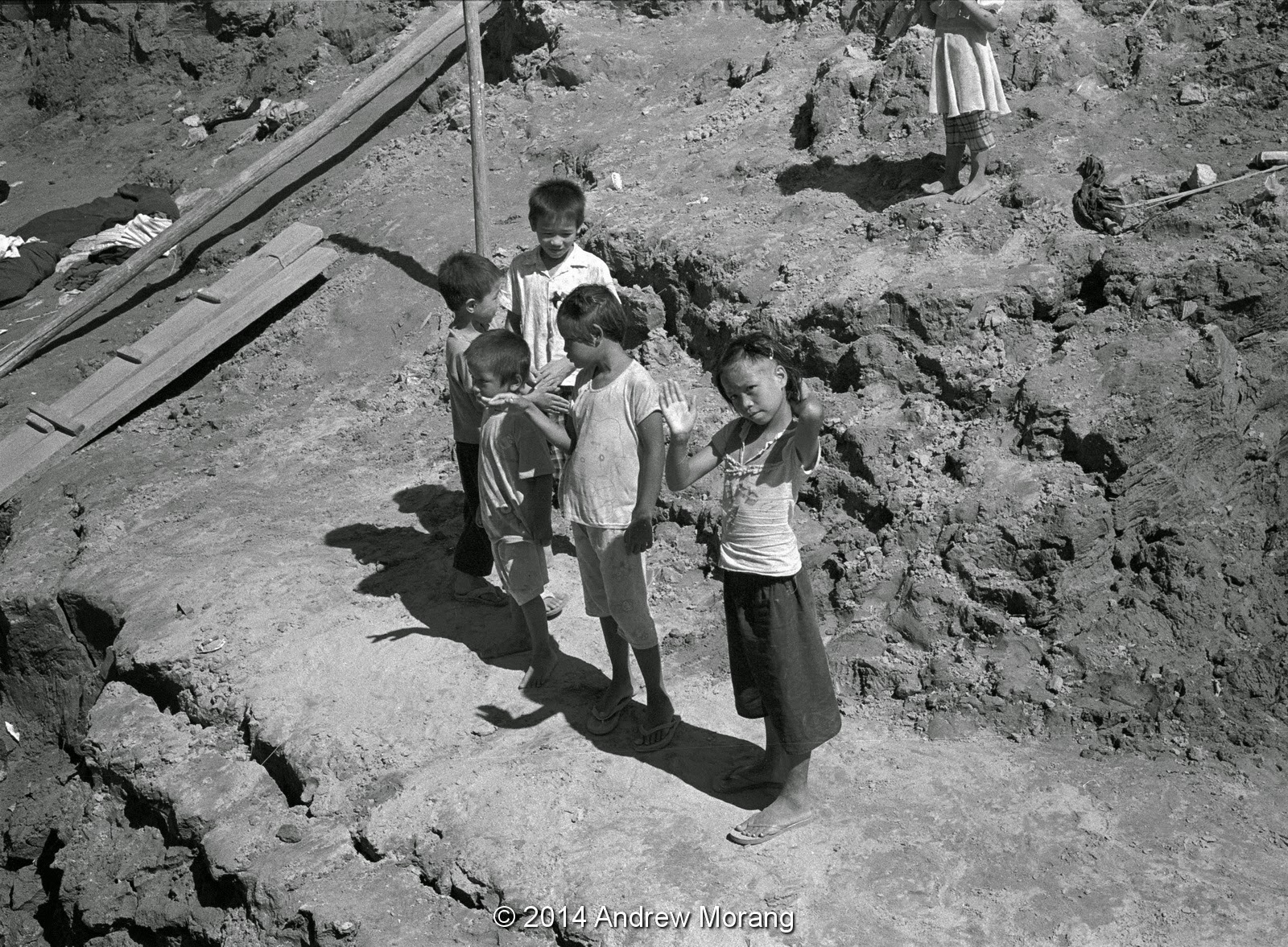 Women were washing their clothes in the river, and children were scampering about. It must be hard to prevent disease while being immersed in the river water for hours.

The Mandalay waterfront is a fascinating setting, like a picture from another age. Highly recommended.

Photographs taken on Tri-X black and white film in a Leica M2 rangefinder camera with 35mm or 50mm Summicron lenses. For most, I used a yellow filter to enhance contrast. The filter was uncoated, therefore causing in some flare. I exposed the Tri-X at ISO 250 and developed in Kodak HC110 developer at dilution B, 4½ minutes at 67 deg. F, with 5 sec agitation every 30 sec. I scanned the negatives on a Plustek OpticFilm 7600i film scanner. If you have not used real film in awhile, buy some and take pictures. It is like meeting up with an old friend again and should revive the creative juices.
Posted by Kodachromeguy at 20:37