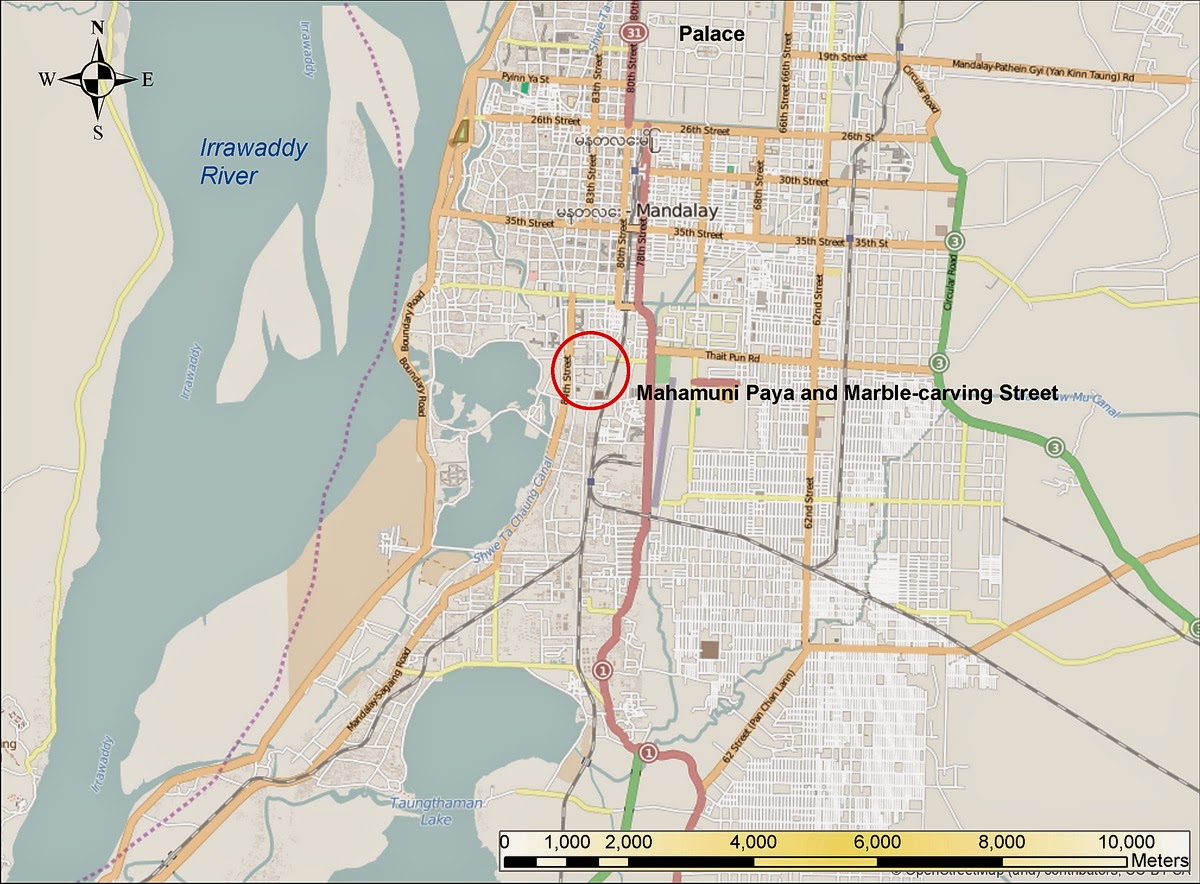 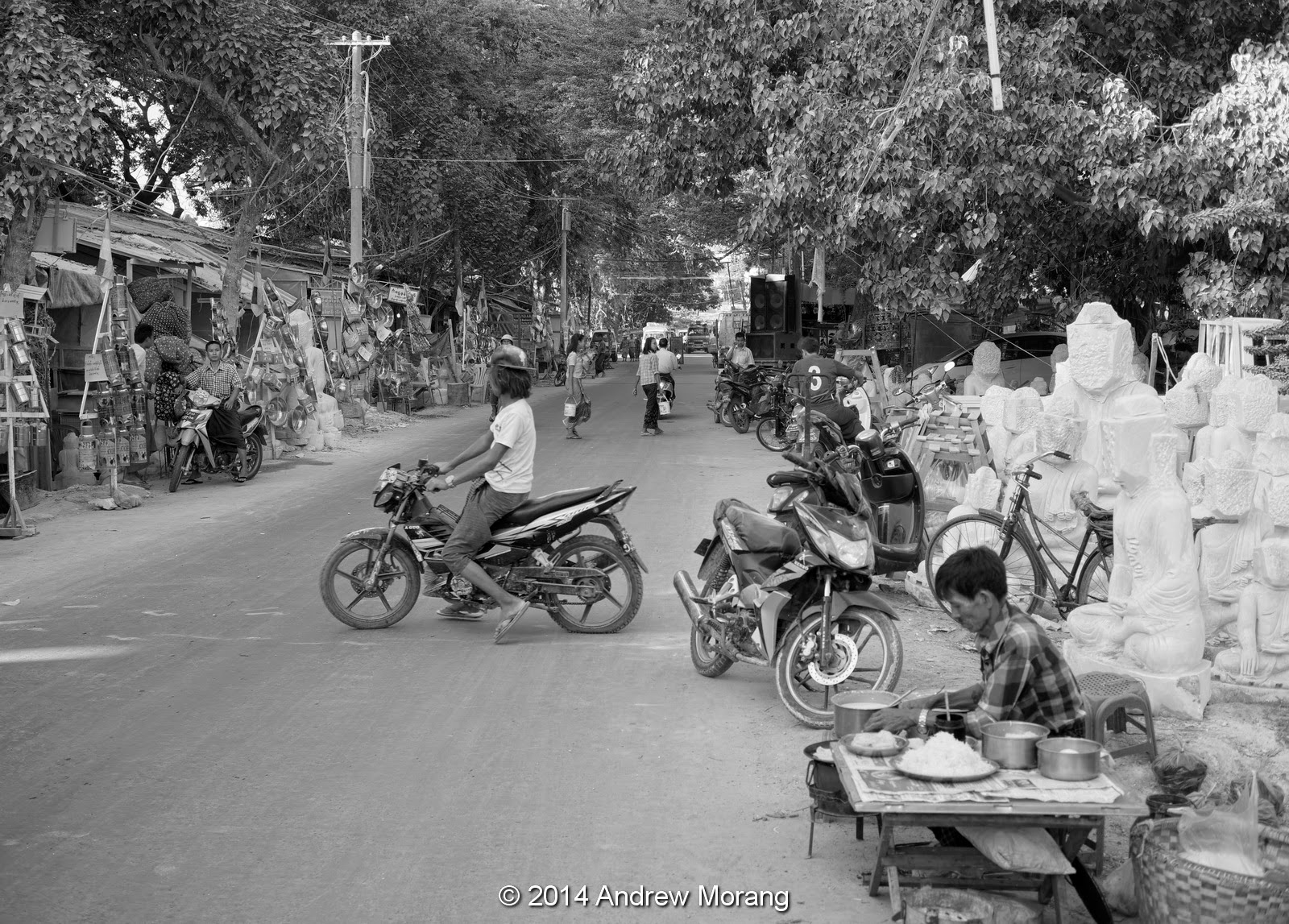 Mandalay is famed for its artists and, especially, for stone carvers. Near the western entrance of the Mahamuni Paya is a lane called Kyauk Sit Tan (near 85th Street) which is lined with shops where workers trim, carve, polish, and finish marble. Most of the statues are variations of Buddha. 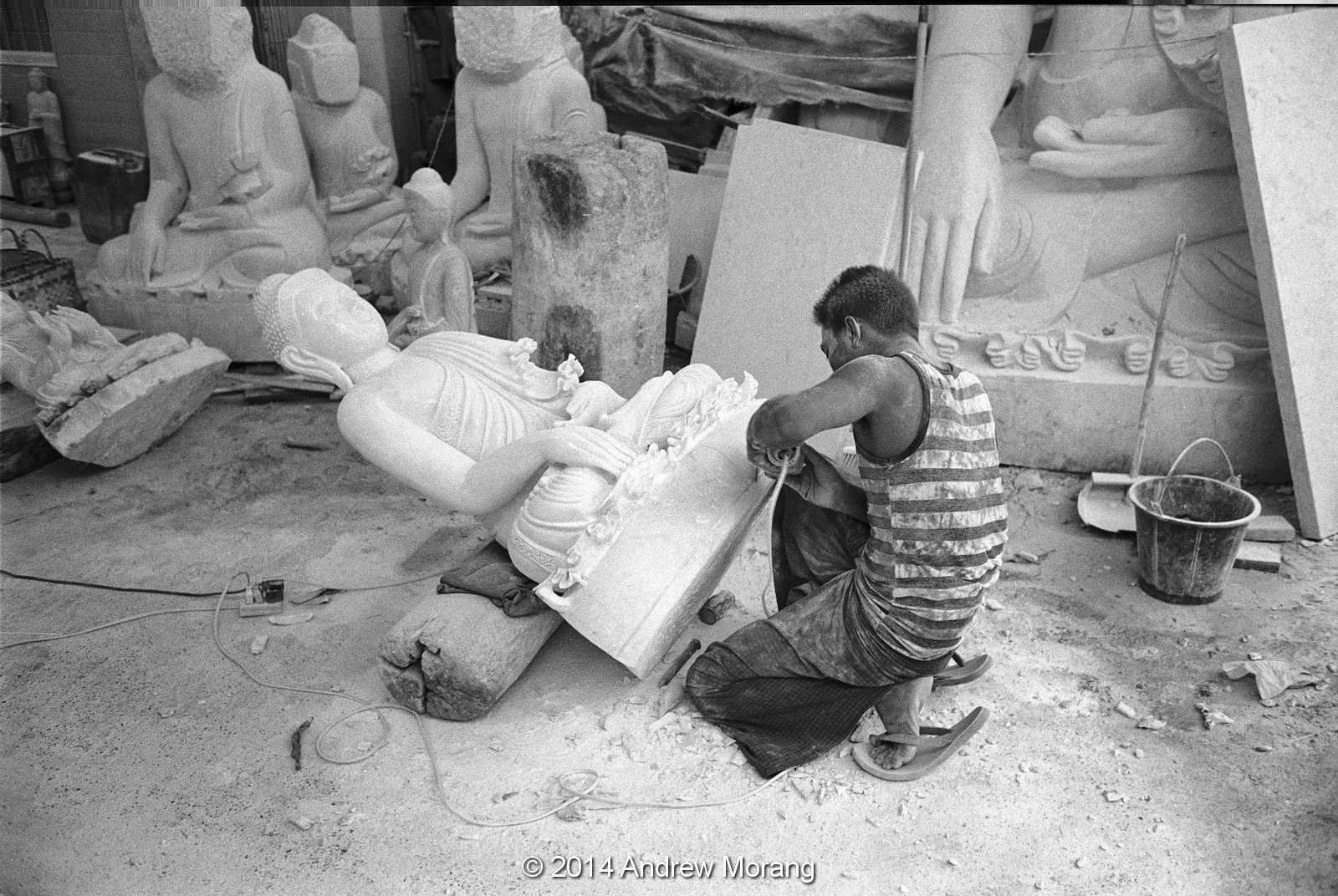 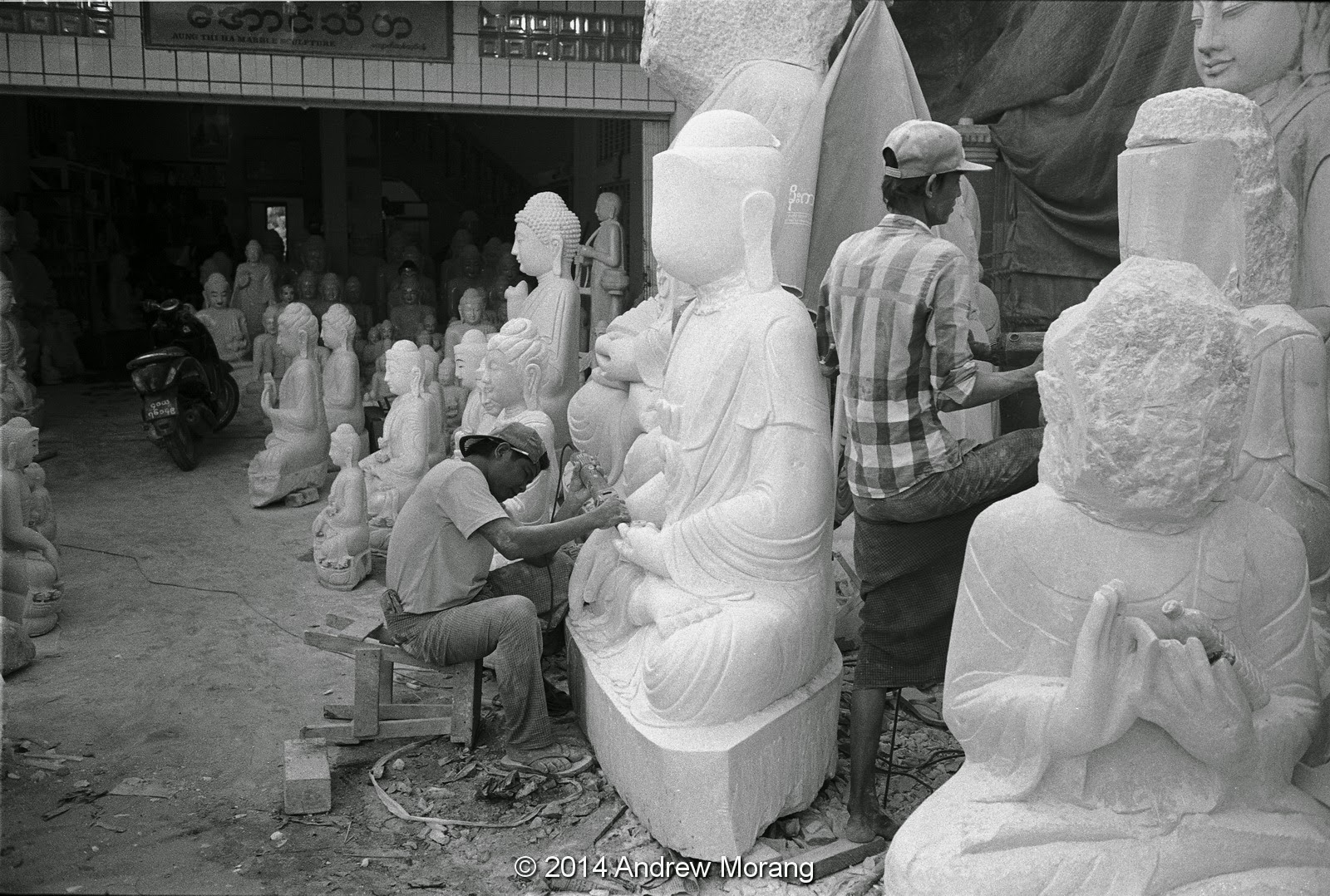 I was told that the stone carvers come from a limited number of families, who have dominated this skill for generations. Young men and women learn from their elders. The amount of skill can be seen in the progress of carving a statue. The newer or less-skilled workers carve the gross features of a statue and work on the clothing. Then the artists carve the faces. (The two photographs above are from Kodak Tri-X film exposed in a Leica M2 camera). 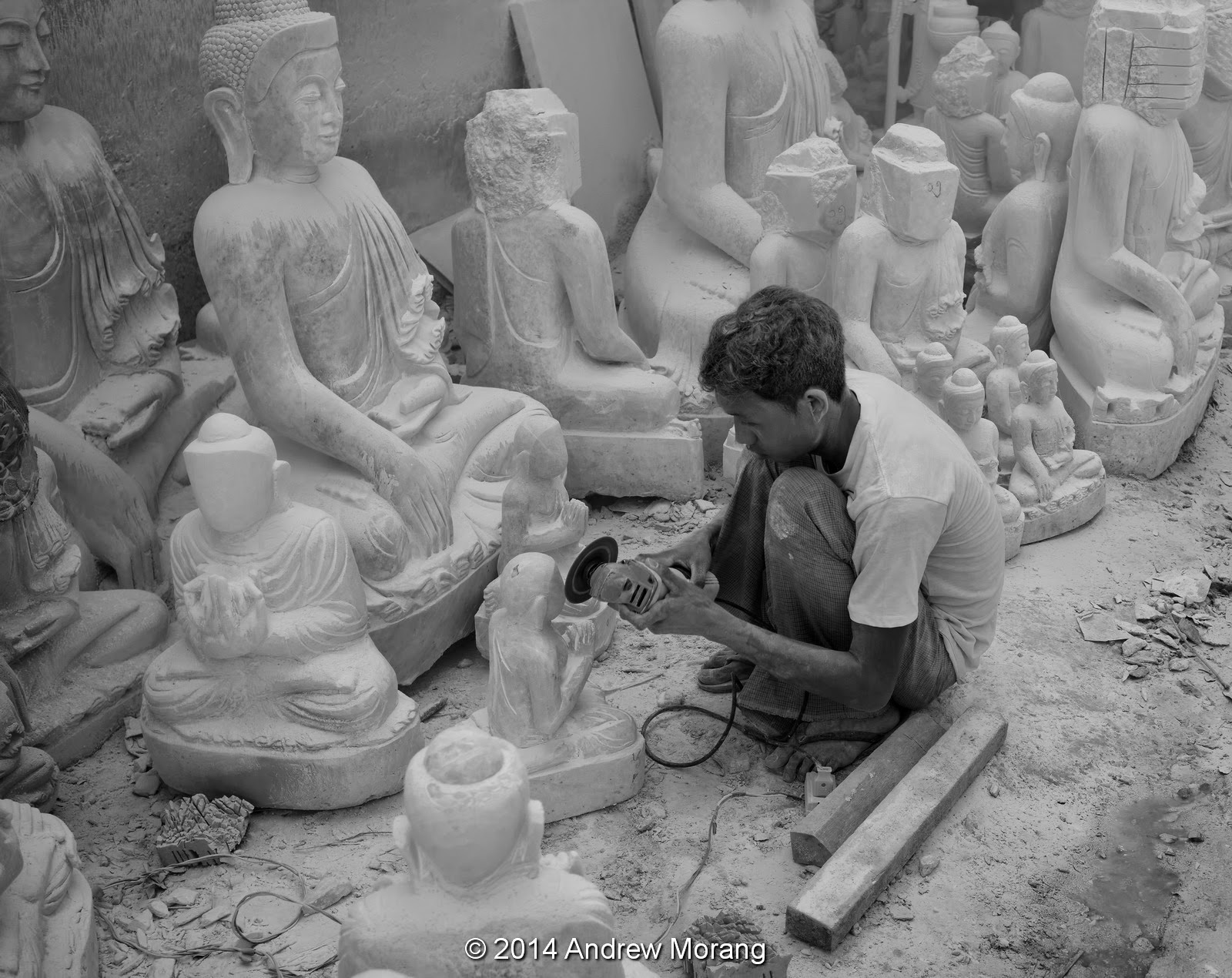 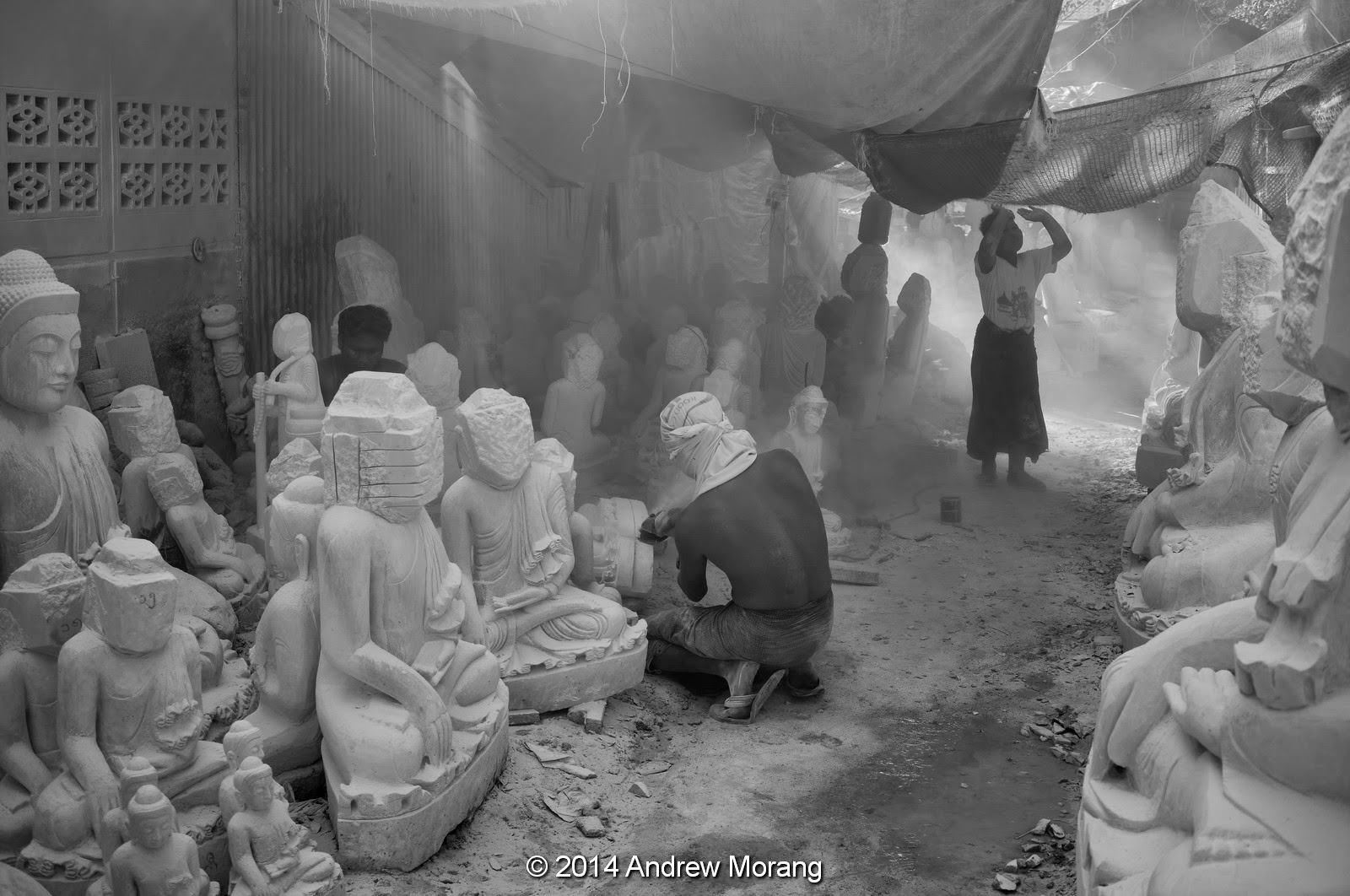 Stone-carving is dusty and hazardous. Many of the workers eventually get silicosis. I saw that few were wearing respirators or eye protection. Look at the young man in the third photograph - he is coated in rock powder. The Irrawaddy newspaper wrote about the health risks to the stone carvers and the need to relocate the operations to a site further away from the city. 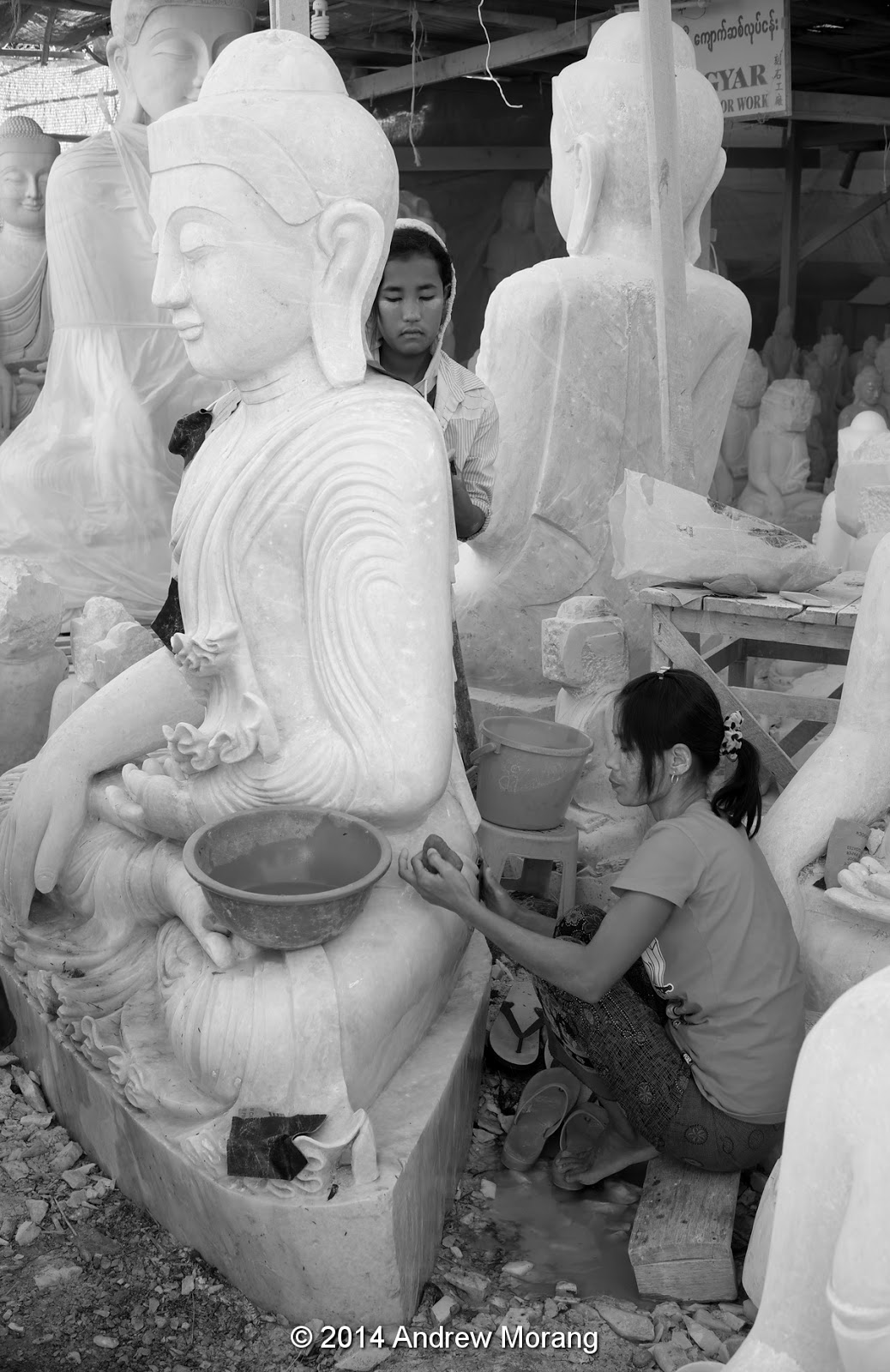 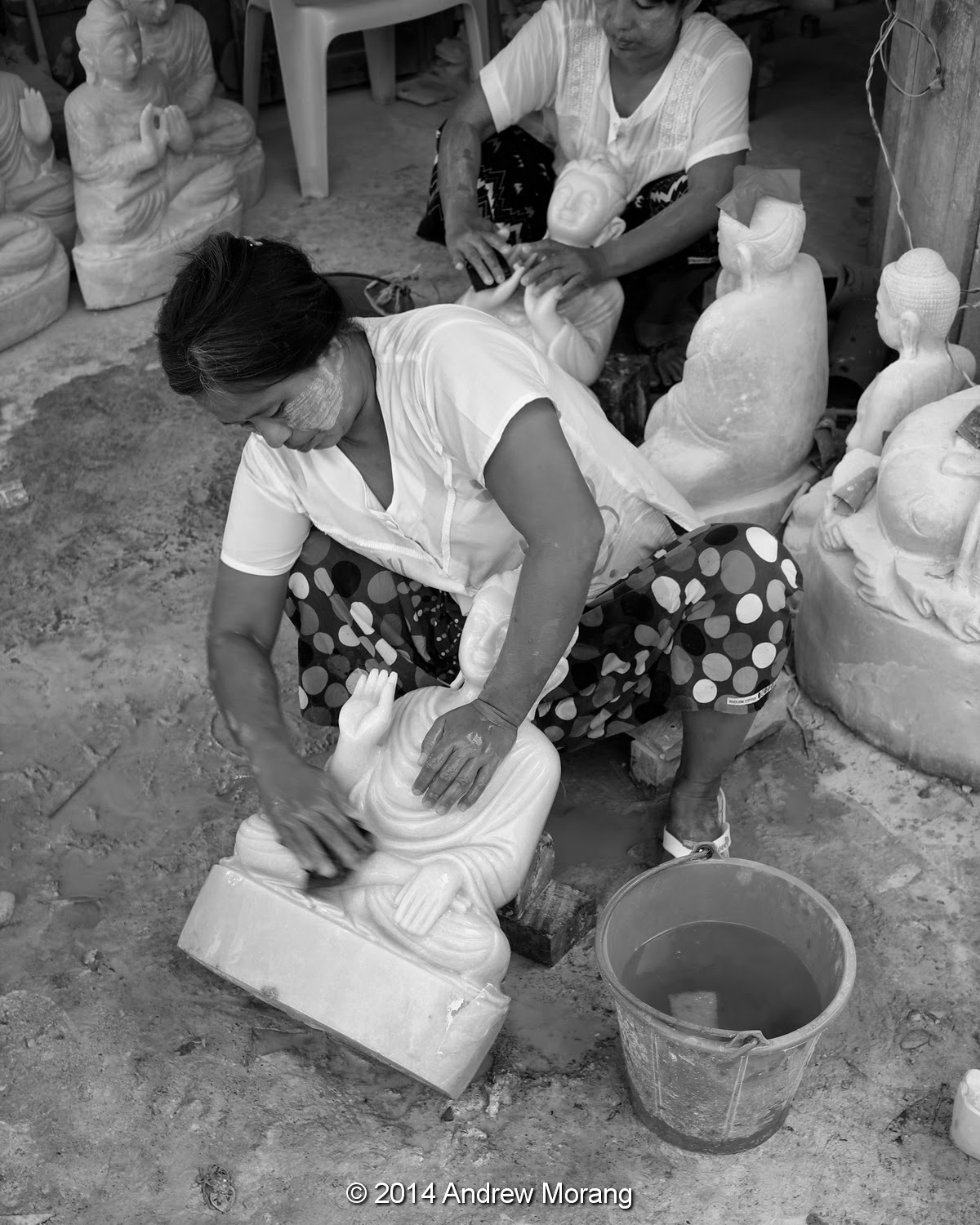 The final polishing and smoothing is done by ladies, working with water and fine grit or polishing cloths. It is hard work. 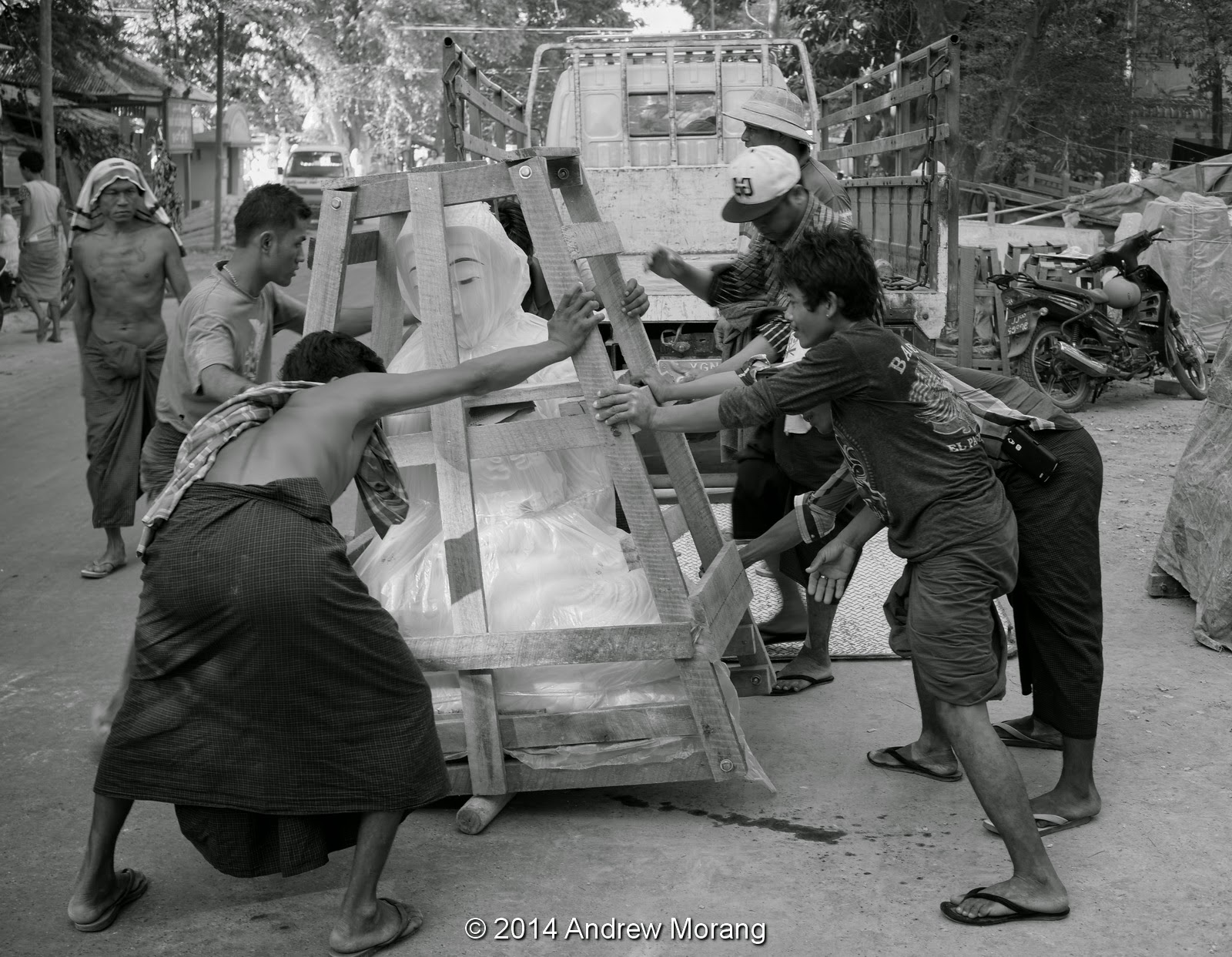 Finally, the finished product is shipped to the buyer, who may be a wealthy individual, monastery, government office, or foreign customer. Many of the finest statues go to Thailand, Vietnam, and the United States. The Buddha in the photograph above was so heavy, five men had trouble maneuvering it to a truck. 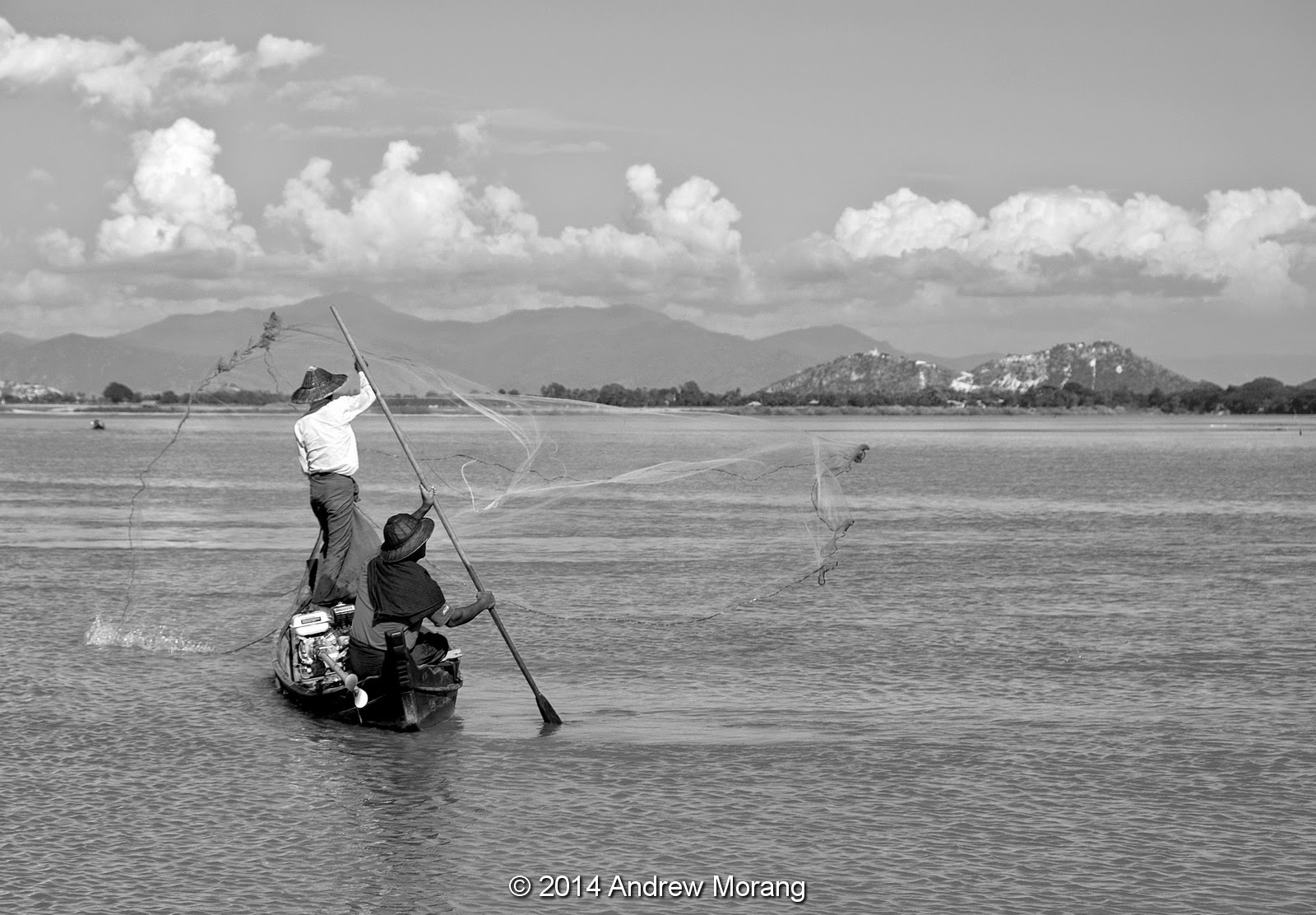 The marble comes from Sagyin Mountain, about 32 miles north of Mandalay. The rock has been quarried for centuries. Five mountains in the area produce white marble, but they are being rapidly depleted by modern, industrial-scale mining. Last November, some of my Burmese friends told me there was a lot of objection to the sale of marble to Chinese companies. The fishermen above were trying to convince Irrawaddy dolphins to drive fish into their nets; part of the Sagyin Mountain is in the background.

Three photographs were taken with Tri-X film on a Leica M2 camera, with film developed in Kodak HC-110 developer. The digital files are from a FujiFilm X-E1 camera, processed with PhotoNinja software.
Posted by Kodachromeguy at 21:04

Anil Exports is a largest indian manufacturers of marble, marble dealer in india of tiles and slabs, ceramic tiles and vitrified tiles, specializes in providing its customers with high quality materials competitive prices and dependable service. As a respected supplier in the South Indian market, thecompany take pride in their exceptional service, large inventory, reliable delivery, free samples, customer assistance and education, and total dedication to the wholesale & retail trade. Customers are invited to approve their materials before shipping to the job site.