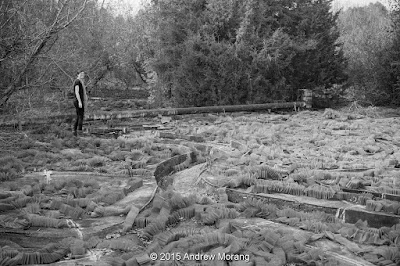 The former U.S. Army Corps of Engineers' Mississippi Basin Model in Buddy Butts Park in Jackson, Mississippi, remains abandoned and neglected by the City of Jackson. As you might expect, the site is more and more overgrown and vandalized than ever. On this visit, my friends and I explored some of the buildings, which are gradually collapsing. 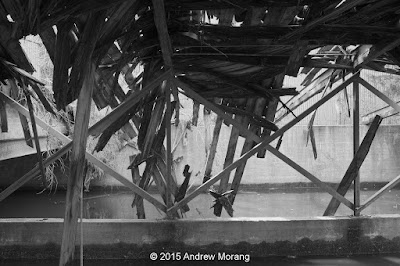 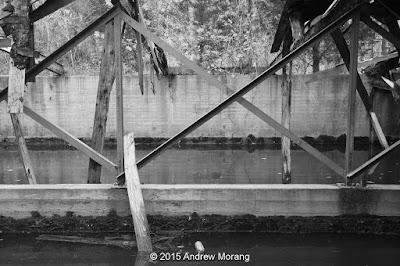 The first building, next to the water tower, was a pump house partly built over a sump. The catwalk is still intact despite the roof collapsing. 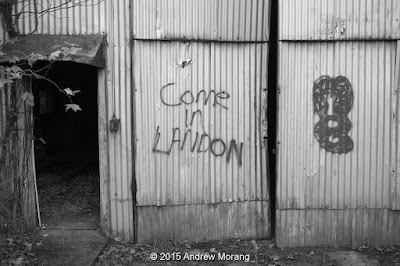 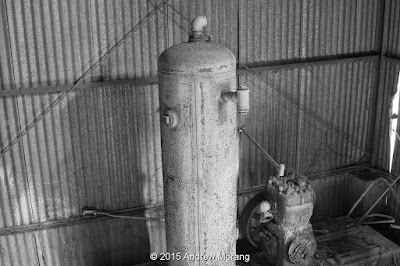 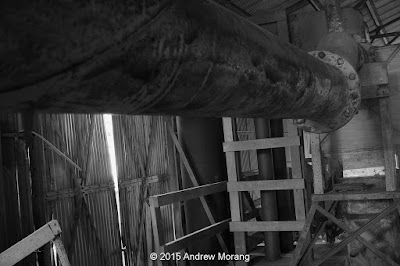 A steel shed once contained air compressors and other machinery of unknown purpose. 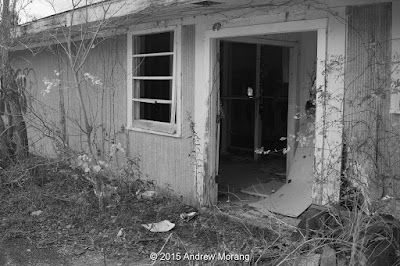 This building once contained the Stevens chart recorders and may have been an executive control center for the model. I showed photographs of the old Stevens recorders in my 2010 article, but all have disappeared now. 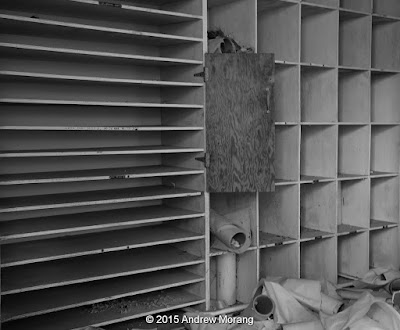 These shelves once contained rolls of paper with holes representing some sort of coding (octal?). The flow of water via electrical or pneumatically-actuated valves was controlled by these paper strip charts. 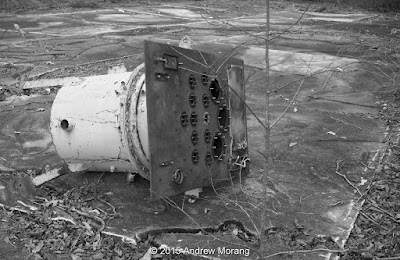 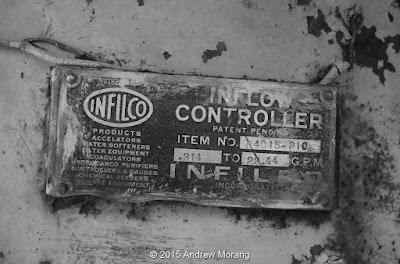 This is one of the inflow controllers. I wish it was intact and wish I knew how it worked. 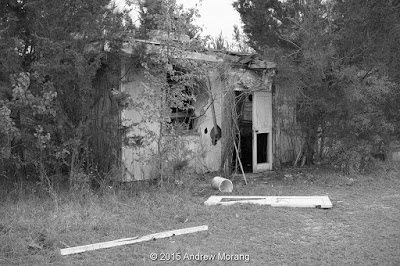 My friends and I came across another building that we had not explored before. 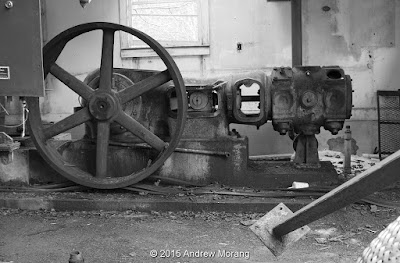 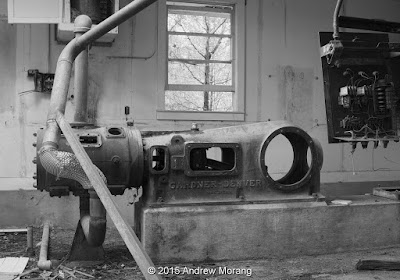 This building contained the remains of two huge air compressors. I am still not sure exactly how the compressed air was used, but it had something to do with the pneumatic controllers and the chart strip recorders. 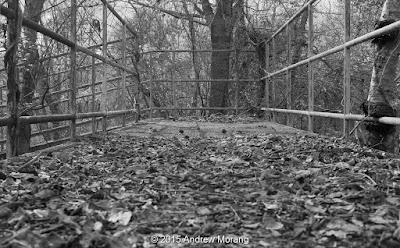 This viewing platform was once used by tourists who visited the site. In the 1960s, the Basin Model was a popular tourist attraction (as was the Waterways Experiment Station before 9/11). I have read that many of the former German prisoners of war who worked on the site in World War II came to see the functioning model. 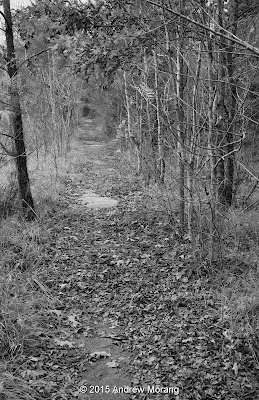 The model is a peaceful place on a quiet Autumn afternoon. Visit it soon before the buildings and concrete terrain elements are completely overgrown.

UPDATE JULY 2017:  A volunteer organization has been formed to clean and clear the site and develop it as an education/interpretive center. Readers interested in participating in the cleanup work, please contact: