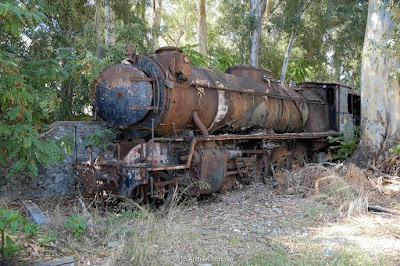 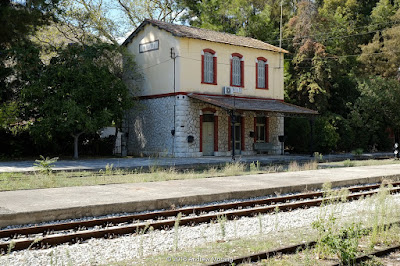 Myloi is the final resting place for old steam locomotives. The town is on the west side of the Bay of Naufplio (Nauplion), which is at the north end of the Argolic Gulf in southern Greece. The narrow-gauge Peloponnese railroad passes through town. The main line to Athens comes in from the north via the town of Argos. Heading south, the rail line runs along the coast and then turns west and ascends the mountains to eventually reach Tripoli, the main town in the central Peloponnese. 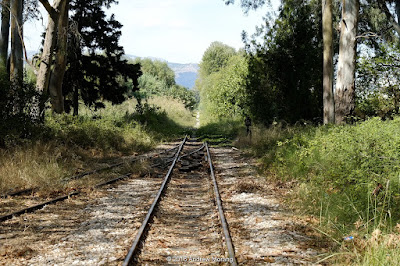 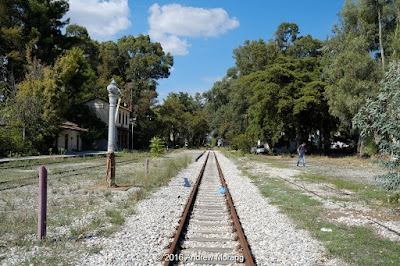 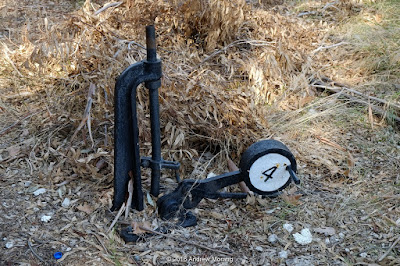 Not much is happening at the rail yard now. Not long ago, many of the track beds were overhauled and new rails laid, as shown by the clean crushed rock in the second photograph. But after spending significant funds on upgrades, the Greek national railway system abruptly stopped rail service on the narrow gauge system in most of the Peloponnese. What an amazing bike and hike trail this would make. 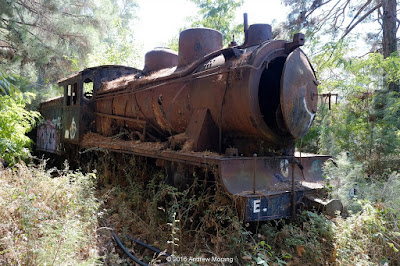 The real reason to stop in Myloi is to look at the old steam locomotives, many of which have been abandoned for decades. I have no idea why they were parked here rather than sold for the scrap iron. 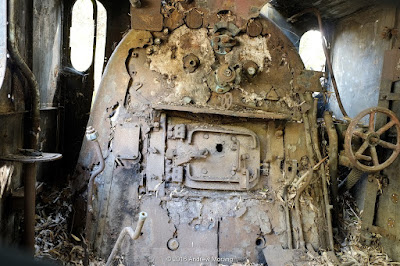 Asbestos cement is dripping off the boilers. 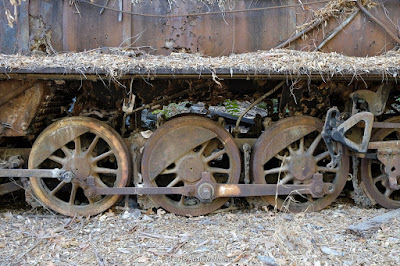 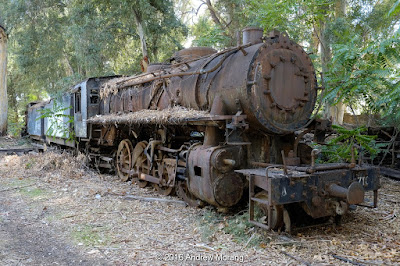 More old locomotives are parked among the huge eucalyptus trees. I do not know the types or manufacture, but there are web pages that have inventoried lost locomotives around the world. 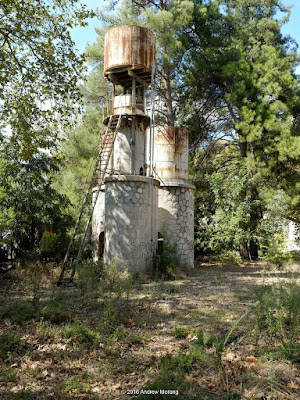 This is one of the water tanks that once supplied water to the locomotive tenders. The need for water to generate steam was a major logistical problem in the steam locomotive era. Today, a diesel locomotive only needs diesel fuel and it can run for days. 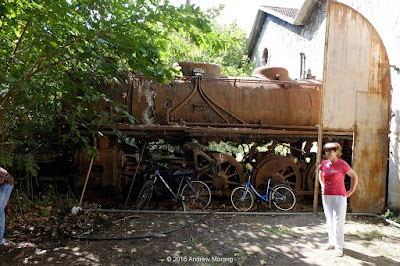 A family was living in the old train workshop, possibly immigrants. They had bicycles and laundry. 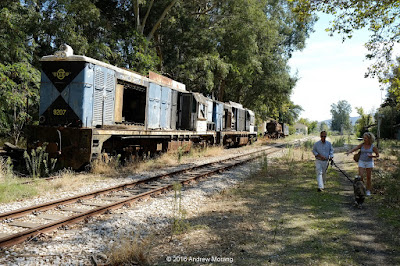 One diesel-electric unit was abandoned on a siding. 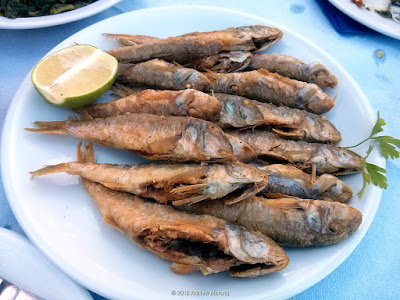 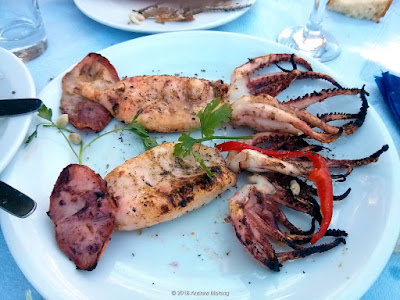 What do you do when you are finished exploring trains? Well, you go to the taverna and eat fish and squid, of course. These small seaside restaurants do an amazing job - and the ingredients are locally sourced. None of this processed crap full of artificial ingredients and salt that comes in on a Sysco truck.
Please click the link to see black and white photographs of the Myloi rail yard.

Most images are digital from my Fuji X-E1 digital camera.
Posted by Kodachromeguy at 08:00