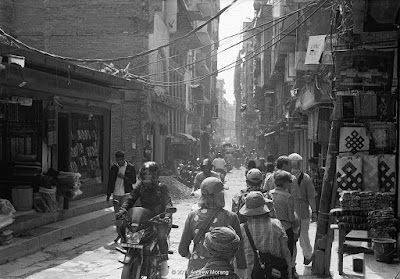 For the Kathmandu visitor, a walk to the historical Asontol (or Asan Tol) area is almost obligatory. According to Wikipedia, it is one of the best-known historical locations in the city with strategic location and famous bazaar and festival calendar. "Six streets converge on Asan giving the square a perpetual bustle. The bazaar at Asan attracts shoppers from all over Kathmandu because of the tremendous variety of merchandise sold here, ranging from foodstuffs, spices and textiles to electronics and bullion." 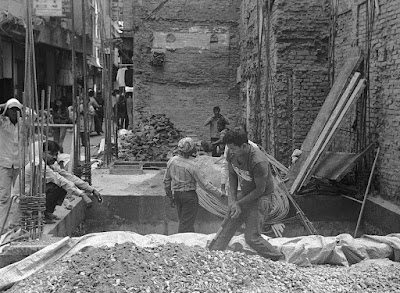 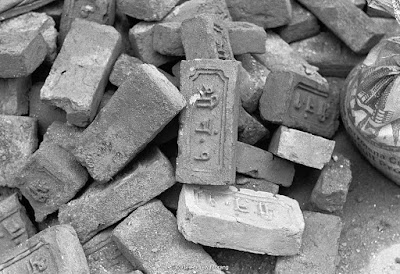 Kathmandu looks like a construction zone. Much of the work is still done by hand. The bricks are often made locally, with the kiln's symbol fired into the clay. Much of the air pollution in the Kathmandu valley comes from thousands of unregulated and uncontrolled brick kilns in northern India. The smoke blows north into Nepal, carrying an immense load of fine particulates. These brick operations have also contributed to massive deforestation. 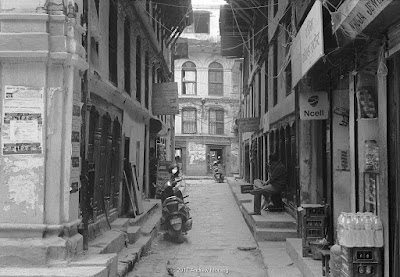 Many of the roads in old Kathmandu are essentially the same narrow lanes that were present before cars or motor scooters came to the valley. A very few motorcars were carried into the valley by porters in the 1930s and 1940s, but the Tribhuvan Highway to India was not completed until 1957, after which cars proliferated. 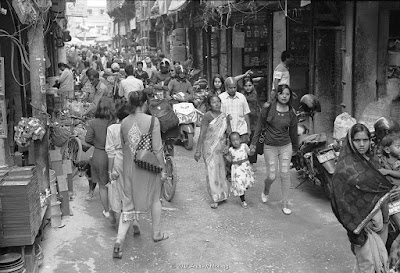 Work your way through the crowds, and you see an endless collection of small shops and street vendors. The following photographs are more examples.

Kathmandu is great fun for the urban decay photographer. Crowds, noises, pollution, smells, puddles, trash, sticky stuff, holes in the pavement, exotic foodstuffs, belching motor scooters, ladies in saris - it does not get much better than this.

These photographs are from Kodak Tmax 100 or 400 film exposed with my Leica IIIC rangefinder camera with 5cm ƒ/2.0 Summitar lens (both purchased by my father in 1949). Praus Productions in Rochester, New York, developed the film in Xtol developer. I scanned the negatives with a Plustek 7600i film scanner controlled by Silverfast Ai software.
Posted by Kodachromeguy at 08:00