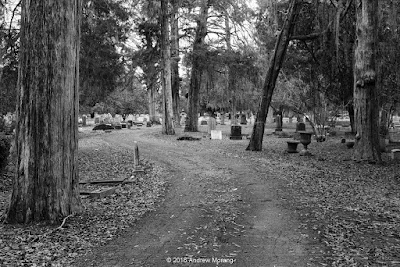 Wintergreen Cemetery of Port Gibson, Mississippi, resembles a secret garden, a place that time forgot, with giant cedar trees, lichen-encrusted wrought-iron fences, and gravestones with dates from the 19th century. According to the National Park Service, Wintergreen Cemetery was established in 1807 and is the final resting place for Confederate soldiers killed in the Battle of Port Gibson. 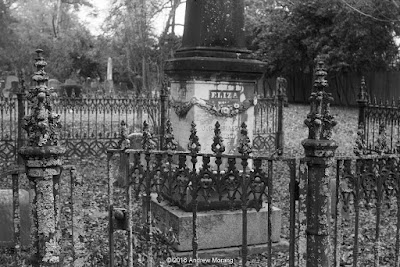 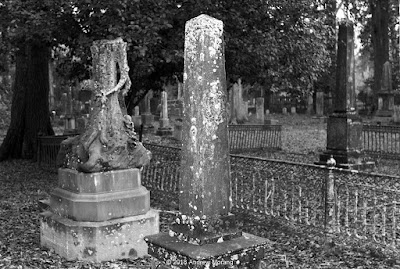 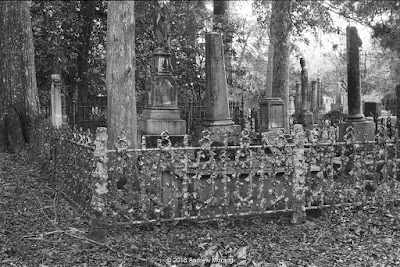 There are so many fascinating stones and family plots, but I could only make a quick selection. The light was soft with minor drizzle - perfect for Ilford Delta 100 black and white film. 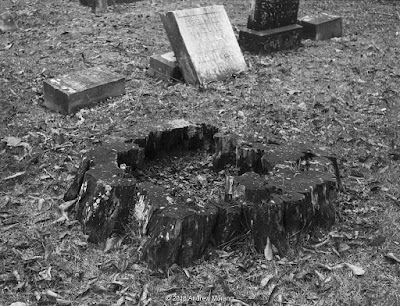 Giant trees have grown here for decades. This one has been gone a long time, but many other trees were damaged or toppled by a tornado on Nov. 1, 2018. A lady from the cemetery management company told me they were waiting to bring in heavy-duty tree removal machinery to lift massive limbs. Stones were knocked down and need to be restored. 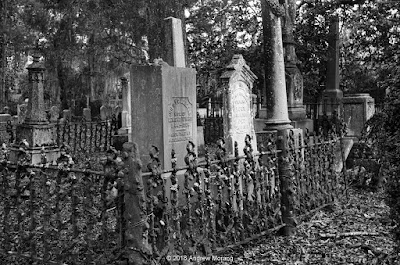 Many of the family plots are surrounded by beautiful wrought-iron fences cast in the shape of tree limbs or vines. This type of metalwork may have been a major industry in the 1800s. 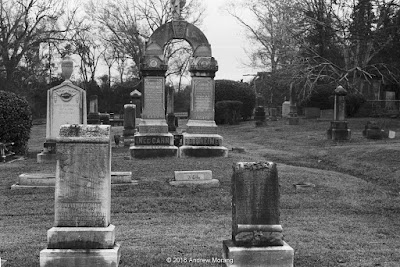 The historic Jewish cemetery is a few blocks away. It is maintained by the same company that operates Wintergreen. A Catholic cemetery is nearby, but I was running out of daylight and did not explore.

These photographs are part of a test of my new 1957-vintage Voigtländer Vito BL camera with its wonderful 50mm f/3.5 Color-Skopar lens. All frames were tripod-mounted with exposures in the range of ¼ or ½ sec and aperture of about f/8.0. Some of the Vito cameras had a simpler shutter without the slow speeds, but this one has the full modern geometric progression of speeds.
Posted by Kodachromeguy at 09:00