Poor old Port Gibson. It is a historic town, with beautiful antebellum houses lining both sides of Church Street (which carries US 61 as it passes through town). The homes survived the Civil War because General Grant reportedly proclaimed the city to be "too beautiful to burn."

My 2016 post on Port Gibson showed some buildings that have since been lost. I had not been back since then for a careful visit, but on December 15 decided look around again. I had another motivation, to test a 1950s Voigtländer Vito BL camera that I had just bought. Some black and white film, a handsome old German camera, and an overcast, drizzly, gloomy day - what could be better? (Well, maybe a real coffee shop?)

I was appalled how bad much of the town looks. Some antebellum homes on Church Street are abandoned and are deteriorating, houses on side streets are ready to collapse, and empty lots have weeds and trash. How could this be happening? 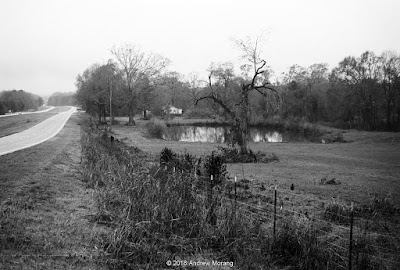 Driving in from the north on US 61, the scene is peaceful and bucolic. This is rich farmland. 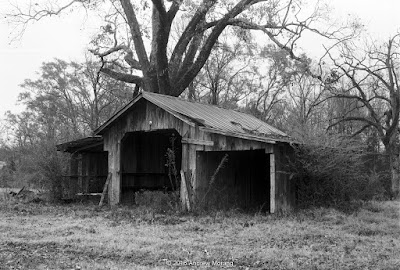 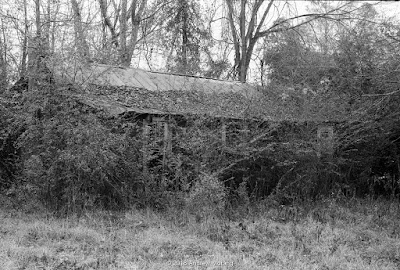 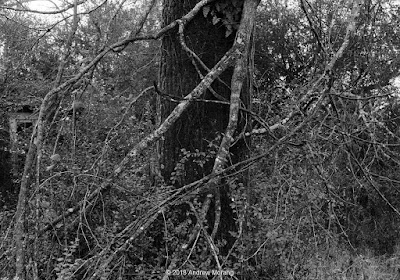 At the corner of US 61 and Grand Gulf Road, I saw a muddy driveway leading in to a farm. I asked some hunters if I could photograph their barn, and they responded that it was not their barn, so go right ahead. I assume most employees at Grand Gulf nuclear power plant zoom right by and miss the old barn and house on the right. 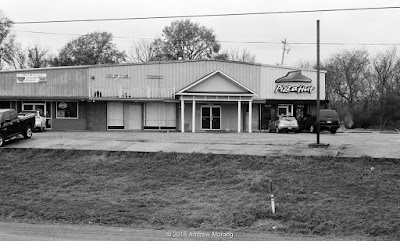 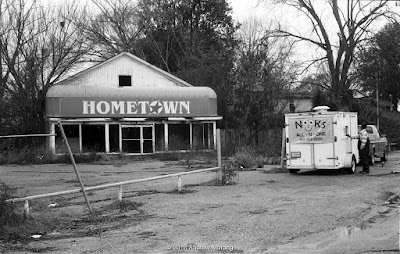 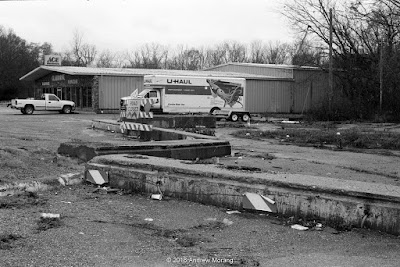 The northern outskirts of town, before you cross the Bayou Pierre, are horrifying. Stores are closed and the chain fast food stores purvey offal.

US 61 crosses Little Bayou Pierre. The water was high because of the large amount of rain that had fallen recently. Compare the 2017 photograph, when the sand bar was visible, with the 2018 high water scene. 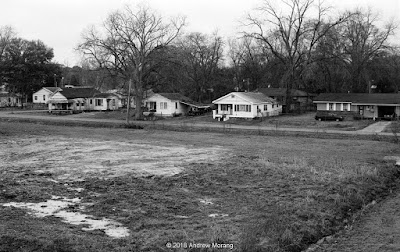 Look west from the north end of the US 61 bridge, and you can see cottages on Farmer Street. 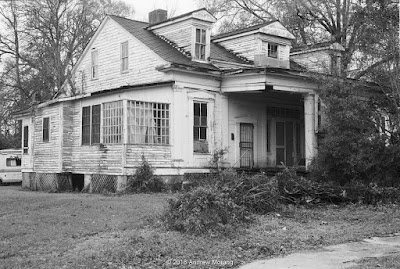 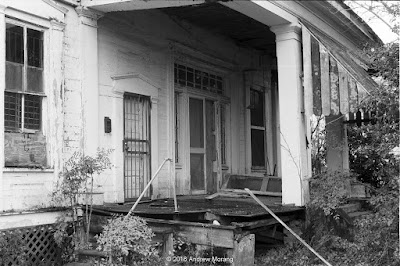 This is sad: a handsome old mansion at 601 Church Street, unoccupied and on the path to deterioration. 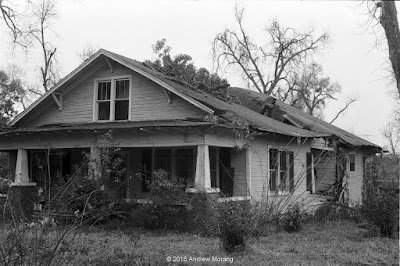 A block to the east, an early-20th century cottage at 709 College Street has a collapsing roof. This was a nice home, once. 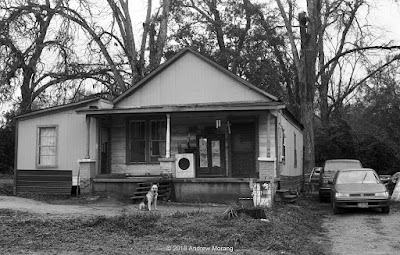 On Marginal Street, across from the Jewish Cemetery, was a house with a dog.  He did not seem too interested in me, and after a half minute of barking, settled down. 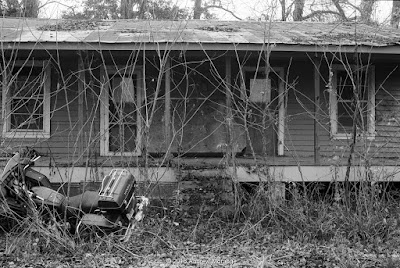 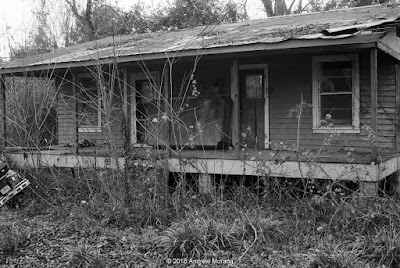 On Jackson Street, an abandoned duplex is being engulfed with vines. A modern cruising motorcycle sat in the bushes. There was no obvious driveway with access, so weeds and brush had grown since it had been left there. What was it doing there? No one had removed it? These are 12 and 16 sec. exposures at ƒ/8. I used about 4 times the light meter reading to accommodate reciprocity failure.

As I mentioned above, this was an experiment: I bought a 1957 Voigtlander Vito BL camera for $34 on eBay. It has a fixed 50mm ƒ/3.5 lens Color-Skopar lens (a Tessar derivative with a similar configuration of 4 lenses in 3 groups). The Vito is a strong German precision device from the end of the era when German camera manufacturers ruled the commercial market and just as the Japanese companies were surging forward.

Most of the exposures above are at ƒ/8 or so, where the lens would be performing at its best. After some exercise, the leaf shutter settled down and sounds about right. The film pressure plate had some rust pips, so the first roll of film was badly scratched on the back (base) side. But I have cleaned the plate with a jewelry rouge cloth and an eraser. If need be, I will try some super-fine wet-dry sanding cloth. Stand by for more examples in the future from this little Vito camera. What do you readers think of the lens quality?
Posted by Kodachromeguy at 08:00

Hard to imagine any lens of that era delivering better performance than the Color Skopar.