Dear readers, happy and prosperous 2016 to you all!

EL Malvaney writes these great articles in Preservation in Mississippi about preservation efforts around the state as well as the all-too-common failures. The December 31, 2015 article was about Friends We Lost in 2015. The article mentioned a building in Port Gibson that burned in September. I was out of the country then and totally missed the news. But the article jogged my feeble memory and I found a 2012 photograph in my archives. 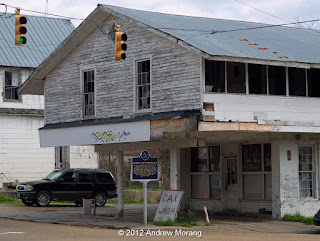 This was the former gasoline station at 200 Carroll Street, one of the buildings that burned. I took this photograph from a park across the street with a long lens. Some dudes drove up in a black SUV and waited for awhile. Then other dudes drove by, chatted for awhile, and exchanged packages. Sigh, another example of decay in America. 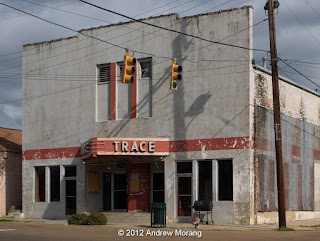 This is the old Trace Theatre on Main Street. I do not know if it is used. 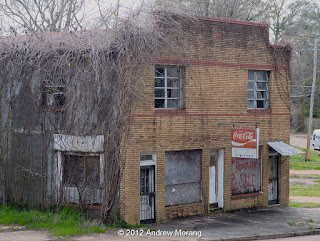 This was a former grocery store on Carroll Street, also long deserted. 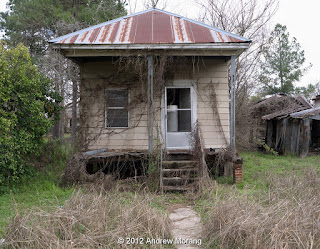 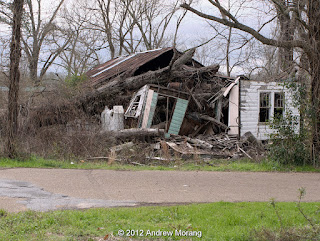 A short distance west of town is Vandeventer Street, with a number of houses that had seen better days a long time ago. 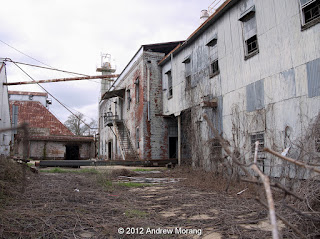 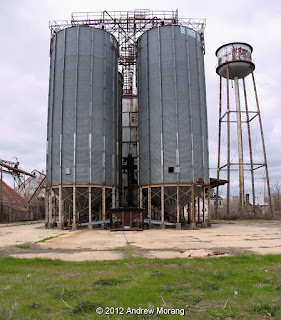 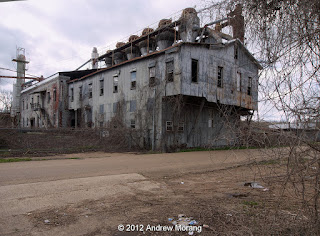 The reason I drove to Port Gibson that cold day in early 2012 was to see the remnants of the cotton seed oil mill on Anthony Street. The brick building in the center of the upper photograph dates to the 1800s. 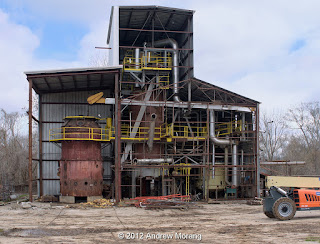 A work crew was dismantling the machinery in this part of the mill. They said the machinery was being shipped to a factory in Nigeria. 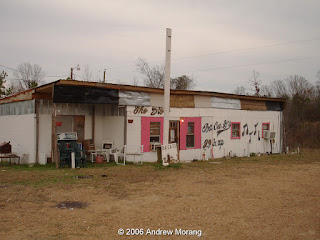 East of Port Gibson on Hwy 18 is (or was) this pink club. The owner said she did not allow any trouble in her place.

I need to return to Port Gibson before the rest of the town falls down or is dismantled. The 2012 photographs were taken with a Panasonic G1 camera with various lenses. The gas station and brick grocery were with a 50 mm Leica Summicron lens on the G1. Raw files processed in PhotoNinja software.
Posted by Kodachromeguy at 20:55

Mom graduated from Port Gibson High School in 1958 and remembers all of these places. as a youngster the only place I remember going was the swimming pool, which was still segregated.

I just attended a funeral repast at the Trace Theatre. It's operational but needs work.