Rest in Peace: Remnants of the "Sprague", Vicksburg, Mississippi 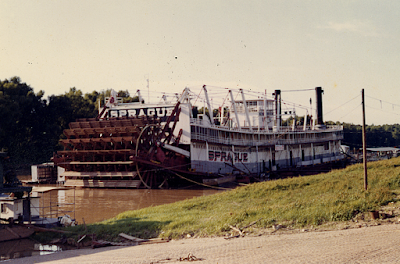 The towboat "Sprague," known as the "Big Mama," was the most powerful and high-capacity sternwheel river boat to ply the Mississippi River. A Mississippi vessel is known as a tow, but really it serves as a pusher, where the powered unit pushes a series of barges up- or down-river. The photograph above, from Mississippi Department of Archives and History, shows the massive stern paddle wheel that would push the entire tow. 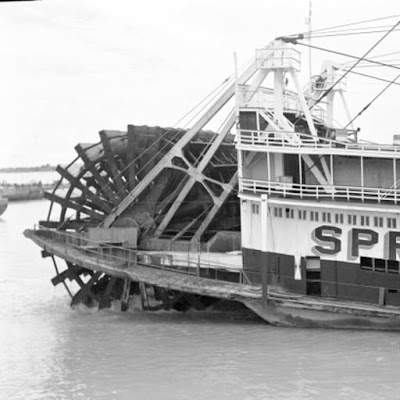 This is a 1946 photograph from the Standard Oil (NJ) Collection, Photographic Archives, Archives and Special Collections, University of Louisville.

Southern View wrote about the Big Mama. Some statistics from Wikipedia: 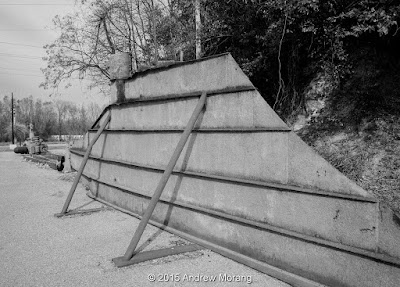 The "Sprague" was in operation from 1902 to 1948. After it was decommissioned, it served as a museum on the Vicksburg waterfront. For decades, the Mississippi River melodrama, "Gold in the Hills" was performed onboard. The boat burned at dock on 15 April 1974 under the usual mysterious circumstances. There were plans to restore part of it, but they never came to fruition. Because it was a hazard to navigation on the Yazoo Canal, the hulk was dynamited. Some of the metal remains lay in the dirt and woods just west of North Washington Street for decades. Some bollards or capstans were moved to the Catfish Row playground on Levee street. A few more parts and and the rudder are in the parking lot next to the Klondike restaurant on North Washington Street. 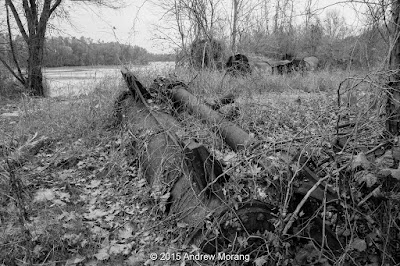 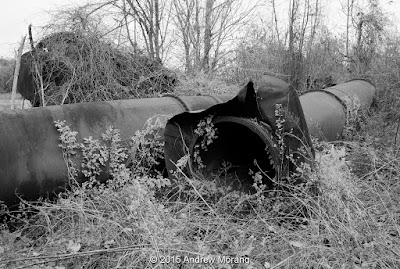 But the largest metal bits are still in the thickets next to the Yazoo Canal. It is easy to reach the site, and there are no "no trespassing" signs. These two photographs show stacks and some unknown tubing. 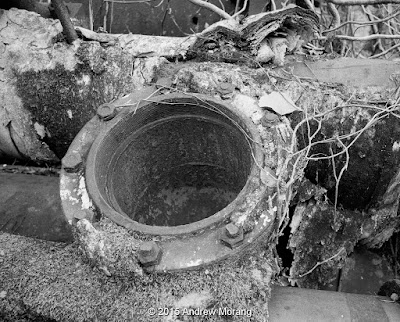 Some of the pipe joints have crumbling asbestos. 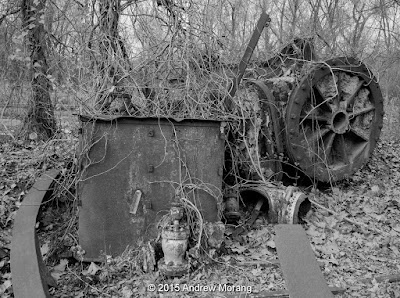 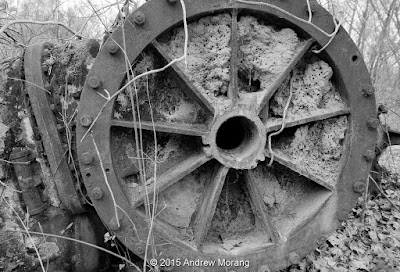 The boilers must have been quite impressive when intact. Note the bee holes in the packed mud. 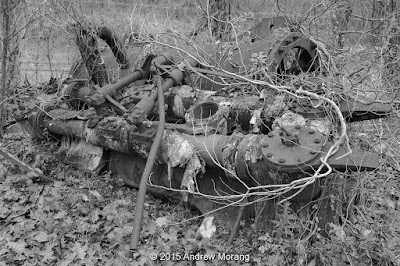 Most of these parts are hard to see in summer, when the vines and poison ivy engulf everything. I don't understand why they have not been taken to Catfish Row, where tourists could see how mighty the "Sprague" was once.

These digital images are from a Fujifilm X-E1 digital camera with Fuji 18mm f/2 lens. I processed the RAW files with DxO Filmpack 5 with the Kodak Tri-X or Agra Scala film emulations. They still do not look like real black and white film photographs, so next time I'll return with film.

For more historical photographs and scans of one of the programs, please click this link.
Posted by Kodachromeguy at 12:10

I was in college in Clinton, MS, about 45 miles east of Vicksburg, when the Sprague burned. It was a Sunday afternoon and I had just returned to school from my home in the Delta. Word started racing around the dorm that Sprague was on fire; many of my friends were from Vicksburg and they all took off, headed west, most of them in tears. I just couldn't make myself go to see such a loss. They told me later that you could see the smoke 20 miles out from Vicksburg. Such a loss.