Satartia is a charming little town (village) on the east bank of the Yazoo City in Yazoo County, about 32 miles north of Vicksburg. According to Wikipedia, "It is Mississippi's smallest incorporated municipality by population. Located on the east bank of the Yazoo River, Satartia was once a thriving river port, and is one of the oldest non-Native settlements in Yazoo County." Although the 2017 population was only about 54, the village has a number of well-preserved historical cottages and homes.
The Satartia Grocery must have once provided supplies and food staples to the town's residents. I could not tell how long it has been closed. I assume residents now must drive to Yazoo City or Vicksburg to buy groceries. 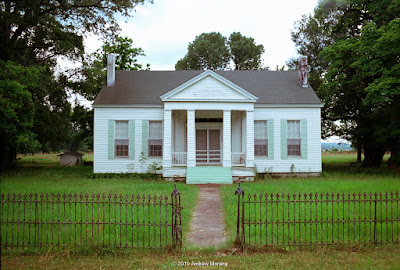 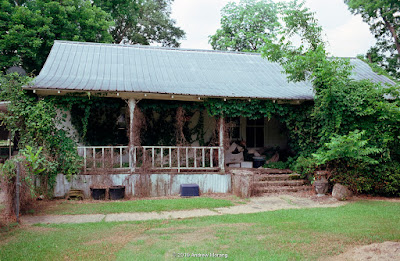 Some of the houses in town are occupied; others are empty but not abandoned. This part of the town is east of the Yazoo River levee and is therefore out of the flood zone. 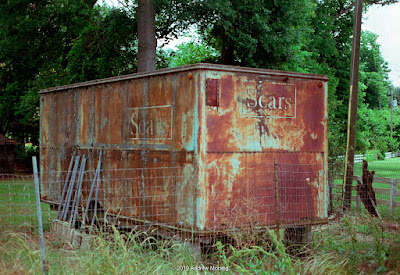 On Old Hickory Street, not far from the junction with Rte 3, I saw this old Sears Roebuck trailer. 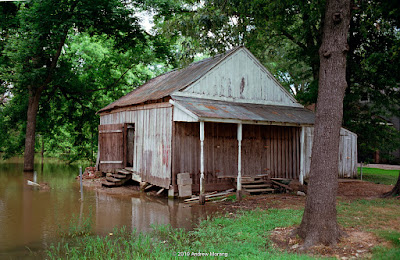 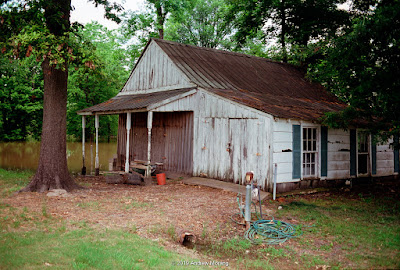 West of the levee, the land drops and was pretty wet as of May 27, 2019. This shed's contents (if any) likely stayed dry this year. A gent from a house nearby said this was once the grist mill. 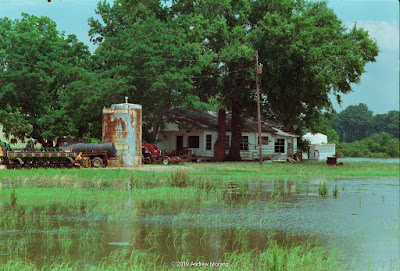 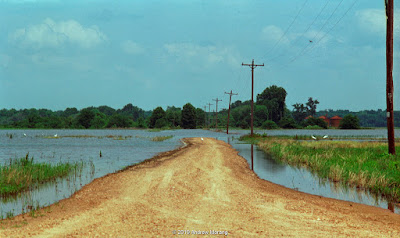 I crossed the lift bridge and headed west on Satartia Road, but could only drive a couple of miles before the road dropped under the water. If the road were open, it would take you to Holly Bluff, another small agricultural Mississippi Delta town which I photographed in 2016 (click the link).

This ends out short visit to Satartia. Most of the photographs are from long-expired Kodak Ektar 25 film, taken with a Pentax Spotmatic camera and various Pentax Takumar lenses. The Ektar 25 had odd color shifts, but I was able to partly correct them with the automatic color function in Photoshop CS3.
Posted by Kodachromeguy at 08:00