Rigby Street is an out-of-the way dead-end lane west of Washington Street. Drive west on Polk Street, cross Washington Street at the fire station, and you are on Rigby. The houses in these photographs were west of Oak Street. 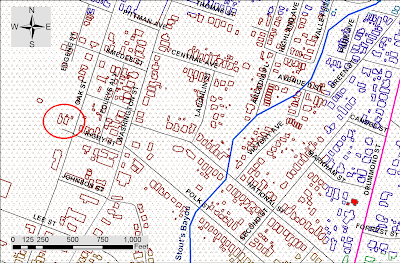 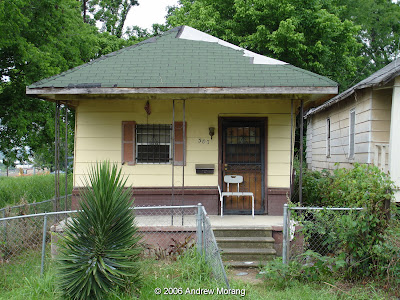 Once there were probably tens of shotgun shacks lining both sides of the street, but in 2006, only four were left. They were examples of the ubiquitous narrow one-floor wood houses built in great numbers during the early 20th century. The first one beyond Oak was 507, occupied in May 2006 when I took this photograph. 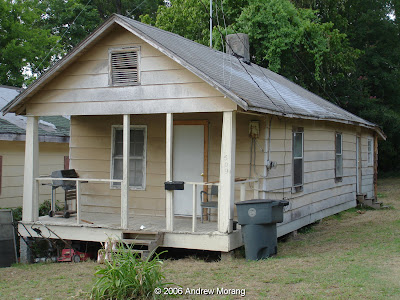 The second was 509, also occupied and reasonably neat. 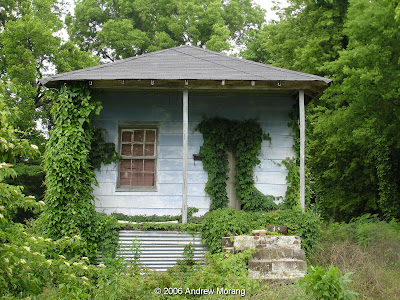 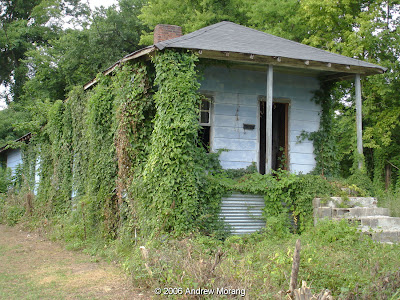 No. 513 had clearly been deserted for years and was being overtaken by the vines. This reminds me of shows on the SyFy channel, were evil vines overcome and squash a house, often with the occupants inside. 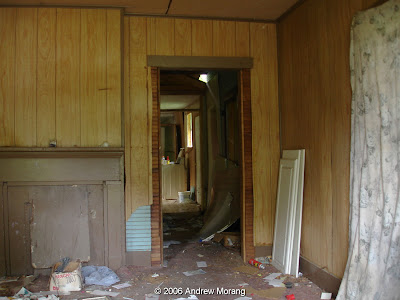 513 had once been fixed up with wood paneling on the walls. The original fireplace had been boarded up. You can see wood tongue-and-groove where the door trim has been removed. I am not sure if the walls were ever plastered or if originally they had cheesecloth tacked to the wood with wallpaper over the cheesecloth (a common practice here in the late-1800s and early 20th century).

As of August 2011, all of these houses are gone, and the jungle has grown so luxuriously, there is little evidence that the house lots ever existed.

(Photographs taken with a Sony DSC-W7 digital camera.)
Posted by Kodachromeguy at 16:55