As late as the 1930s, a view to the northwest from a tall building in downtown Vicksburg would have revealed a bustling commercial city with warehouses, shops, small manufacturing concerns, and homes. The black and white photograph is from a 1931 paper (James, P.E. 1931. Vicksburg: A Study in Urban Geography, Geographical Review, Vol. 21, No. 2 (Apr., 1931), pp. 234-243). Today, many of those shops, warehouses, and commercial buildings are gone, lost to fire and neglect. Empty lots leave few clues as to what was once on those sites. Old-timers tell me that the 1970s "urban renewal" was deadly to historic architecture. 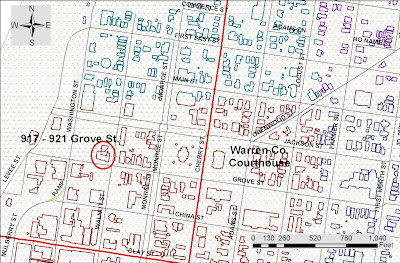 In this article, we concentrate on a partial block of commercial buildings at the corner of Grove and Walnut (see the circle on the map). Once, the block must have continued downhill to Washington Street, but since the mid-1980s, these are the only remnants. The middle building is 917 Grove, the one on the right 921 Grove. 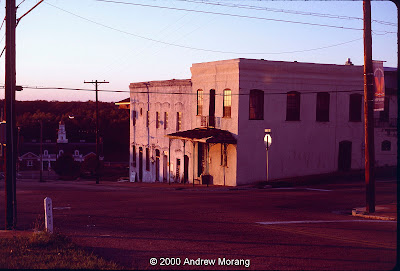 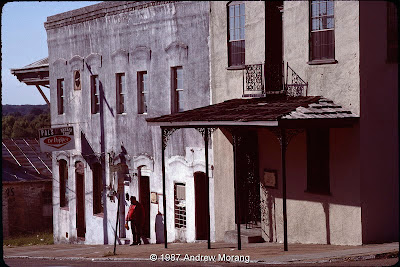 The simplicity and symmetry of these buildings always intrigued me, and I photographed them many times. The color views above are scans of Kodachrome 25 film taken with a Leica M3 rangefinder camera. 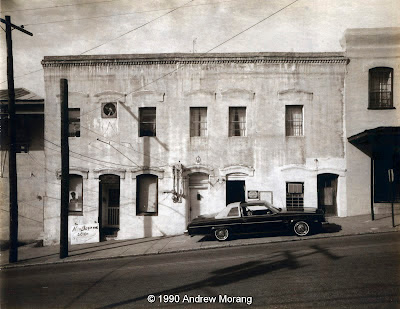 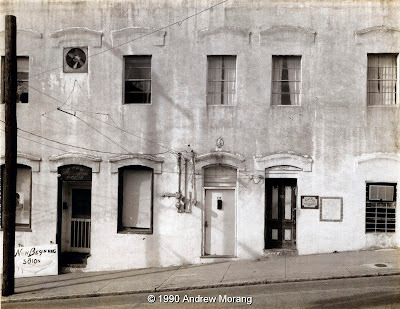 These two black and white photographs from 1990 are prints on Polaroid Type 54 film, taken with a 4x5" camera with a 90 mm Kodak Ektar lens.  Type 54 was a wonderful, full-tonal range print medium. A good friend told me she used to visit a club or lounge in one of the buildings. A hair-dresser also occupied one of the shops for many years. 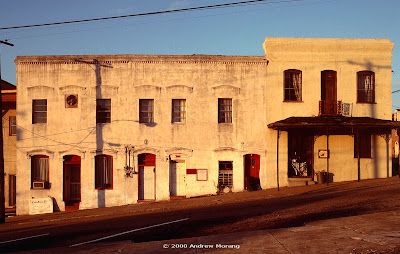 Here is the same front-on view in color, another Kodachrome scan. Notice how the architect had to fit the building on a steeply-sloping hill. 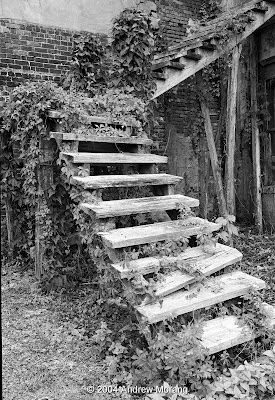 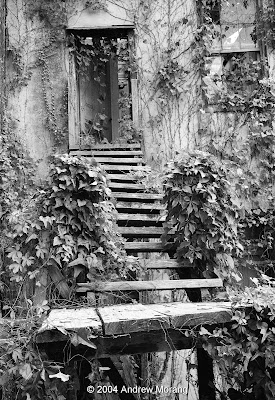 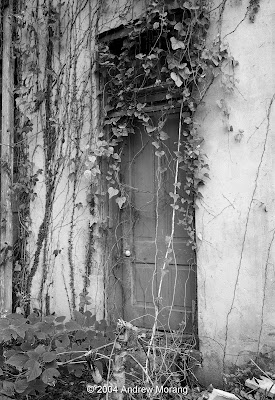 In 2004, the building on the left was ready to collapse and the roof had partly fallen. This interesting stair led up to a door on the back. Photographs taken with Kodak Panatomic-X film in a Fuji GW690II camera.

Afterwards, someone partly rebuilt the building, but a recent article in the Vicksburg Post said the city was ready to condemn one of the units (I am not sure which one). As usual, fate unknown. 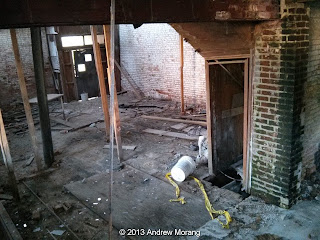 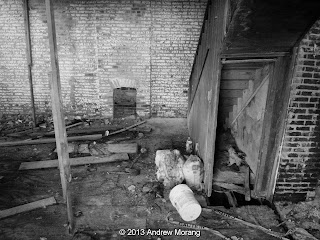 Update July 2013:  Here are two interior photographs from the corner building, no. 721.  You can see a small fireplace.  Most of these small fireplaces were used with a coal insert, not for open wood fires. With Vicksburg being a railroad junction, there was always coal available, and coal burned hot and long.
(If any readers know more of the history of these buildings, please comment. Thank you!)
Posted by Kodachromeguy at 20:41