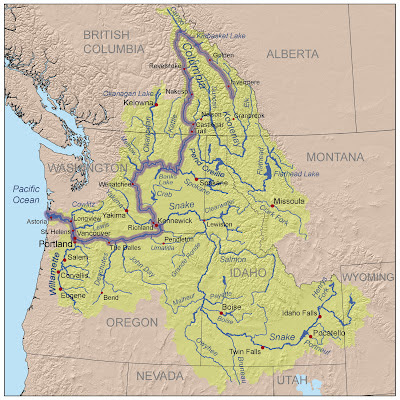 The mighty Columbia Rivers drains portions of British Columbia, Montana, Idaho, Washington, and Oregon. It has the greatest discharge of any US river entering the Pacific Ocean and is the fourth-largest river in the United States. Because it drops steeply from the mountains of Idaho and the high plateau of central Washington, it has tremendous hydroelectric potential. Since the early 20th century, the Columbia has been developed with 14 hydroelectric dams, and almost every mile of the once free-flowing river now consists of reservoir pools. The map, from the Wikimedia Commons, shows the extent of the river's basin 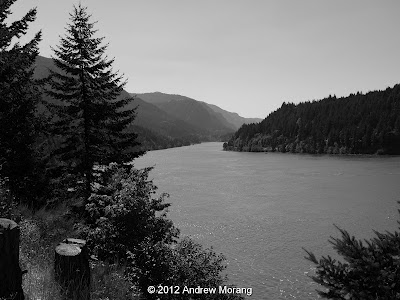 I explored some of the lower Columbia River Gorge during a recent trip, and two historic bridges caught my eye. The photograph above shows the spectacular gorge near Cascade Locks, about 40 miles east of Portland. The locks were completed in 1896, but they were subsequently submerged in 1938 when Bonneville Lock and Dam was completed some distance downriver. 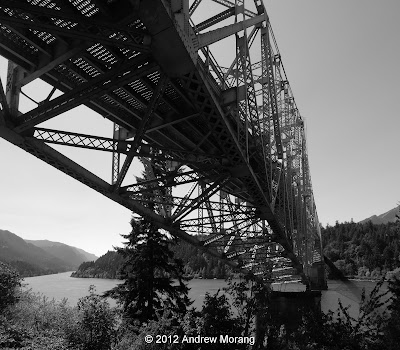 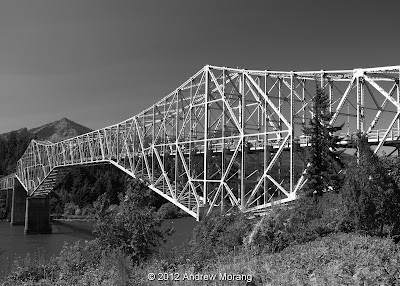 The elegant steel truss cantilever Bridge of the Gods was opened in 1926 at a length of 1,127 feet (343 m). But once Bonneville dam was completed, the bridge was too low for navigation, so it was raised and the approaches were lengthened. It now has a length of 1,856 feet (565 m). 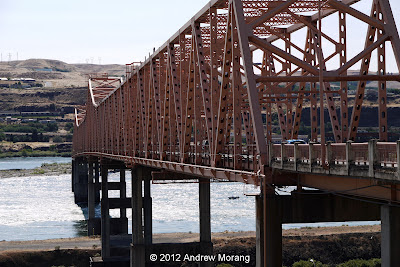 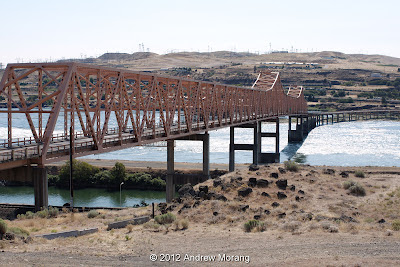 About an hour drive east, you reach the The Dalles, once the site of a long series of rapids. This is a much drier climate zone, almost desert. The Dalles Dam was completed in 1957, submerging the rapids, along with fishing platforms and other structures used by native Americans for hundreds of years. The Dalles Bridge is another handsome mid-century steel cantilever truss bridge, spanning the Columbia between The Dalles, OR, and Dallesport, WA. It was completed in 1953.