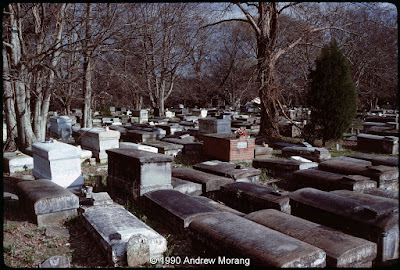 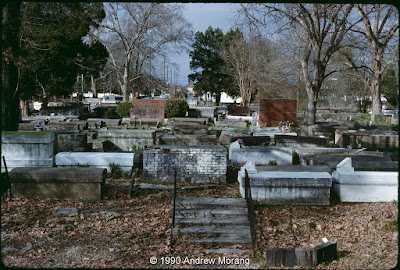 The historic Sweet Olive Cemetery is said to be the oldest African American burying ground in Baton Rouge. At South 22nd Street and Louisiana Avenue, it is just north of Government Street, north of the Garden District. In 1990, this was a rough neighborhood, and I did not wander too far from the car. Then, many of the stones were displaced and tree roots had damaged many graves. It deteriorated even worse over the following decades until Freshmen from the Louisiana State University Honors College initiated a cleanup effort. One of their sessions was in 2006, and they have probably come back several times since then. 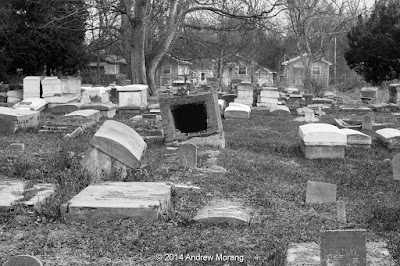 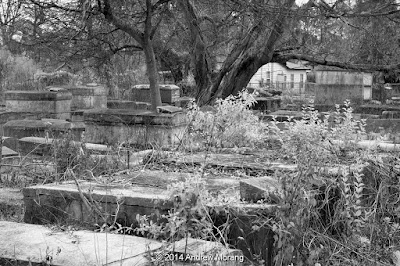 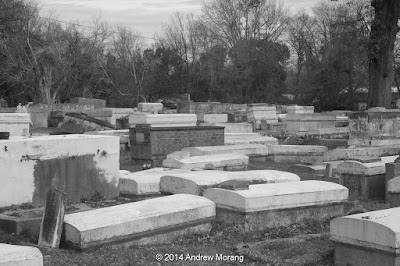 Now (February 2014), the cemetery is still overgrown in some areas, but many of the stones have been re-erected and some of the mausoleums re-plastered (or at least white-washed). Much of the ground has been cleared. The neighborhood now seems reasonably safe. 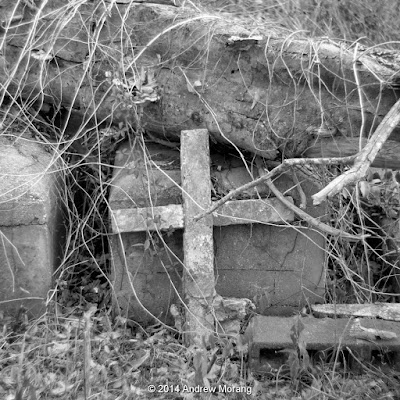 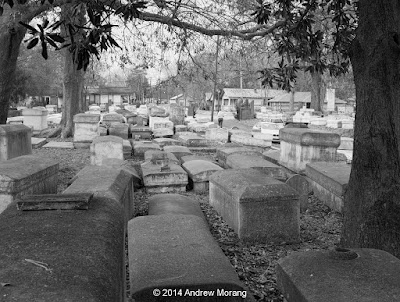 There are interesting patterns, shapes, and shadows if you are a photographer. I met an art student from Louisiana State University whose project was to visit every week and record and sketch changes over time. She did not seem to have a problem coming alone every Sunday. 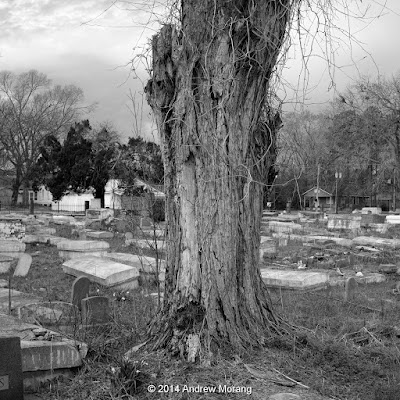 Some of the huge old trees (or remaining trunks) are pretty interesting. Do visit; it is one of Baton Rouge's more interesting historical sites.

The two 1990 color photographs were taken on Kodachrome film with an Olympus OM-1 camera. The black and white views were from a Fuji X-E1 camera, with RAW files processed in PhotoNinja software. For most, I used a 1949-vintage Leica 50 mm f/2.0 Summitar lens, which works very well in black and white. These older lenses have character.
Posted by Kodachromeguy at 21:27

Great post you shared, you have now become top of my list. You were unknown to me before but have found your content to be fantastic.

So great work for informing us of the possibilities and following a certain path.

I really appreciate your hard work an giving us some information and inspiring others to follow.