A forlorn school sits on an overgrown lot near the junction of US 80 (the former Dixie Overland Highway) and Mound Road (also shown on Google Maps and Thomastown Road). I first saw this abandoned school when I biked on Mound Road as a way to bypass some of the traffic on US 80. Well, maybe it is not technically abandoned. A farmer must own the buildings because he stores hay rolls on the the former parking lot and parks tractors and machinery in the former gymnasium. But the classrooms are a mess and totally neglected.

According to one website, the Thomastown High School was an all-black establishment that closed in 2001. 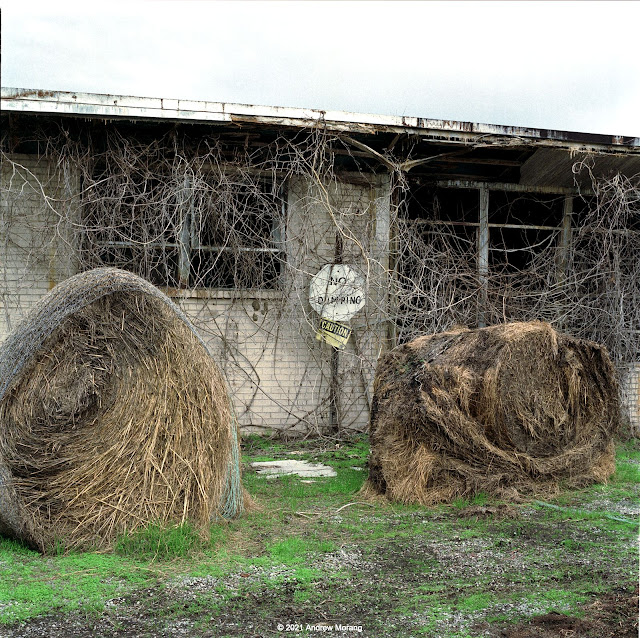 The 1-storey section on the north was mid-1960s mass production with a brick exterior. The bricks are in good condition, but the roof is leaking. The large windows show that this building did not have air conditioning when built. 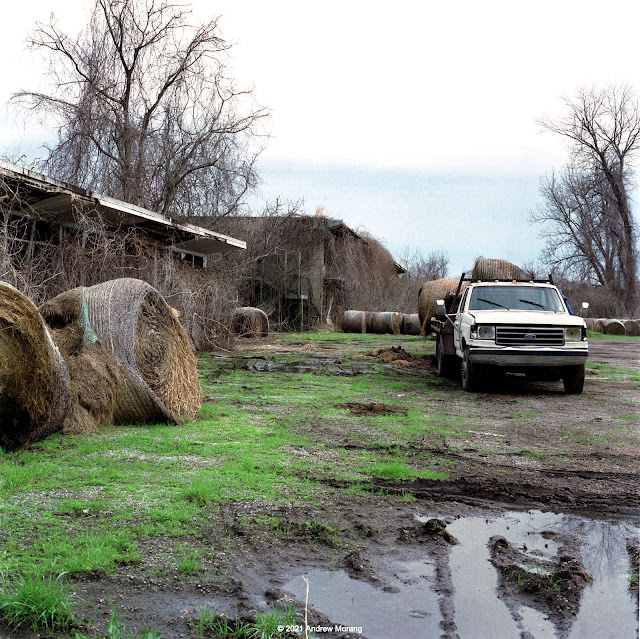 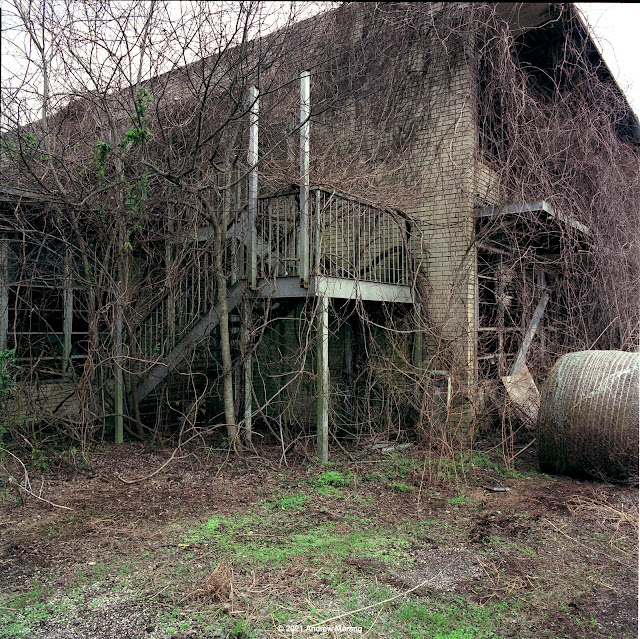 The south section was 2-storey, and when I first saw the building from the road, I thought this might be an abandoned mid-century motel. The wide overhangs on both floors were designed to provide some shade to the windows (an architectural feature that more homes should use). The panels on the overhangs were asbestos sheets; many have fallen they crunch underfoot when you walk next to the building. Needless to say, the interior is a mess of debris, with dripping roof panels, standing water, and chipping paint.

This has been our short tour of a semi-abandoned school. I have no information about its fate. If it is privately-owned now, it may sit here moldering for decades.

The color photographs are from 120-size Kodak Gold 100 film. The film was long expired but had been stored in a freezer. I exposed it at EI=64 in my Hasselblad 501CM camera, all frames tripod-mounted.

Yum. Crunchy asbestos with a topping of lead-based paint.
The Kodak Gold held up well.

Interesting. I had looked up the school after your last post on Mound. Thomastown was the headquarters of LADELTA Co-Operative Association, a resettlement project from the Farm Security Administration in 1938. It was for African Americans, and had 147 farmsteads. The built a school, the cotton gin, and other co-op facilities.

Suzassippi, thanks for the note on a Co-op. I will drive over there and look for a gin. I do not recall seeing one, but maybe I was not paying attention.

Or, most likely, much has been demolished, deteriorated, or lost to the same ravages as the school. I tried to find out more, but turns out not much news about Thomastown. You know me, though, I will look a bit more. I really appreciate how you document these spaces. You need to do a gallery show somewhere!