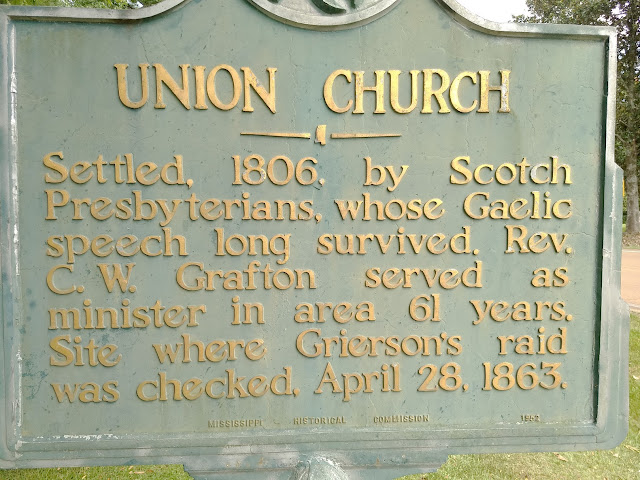 Union Church is an unincorporated community in Jefferson County at the Junction of MS 28 and 550 in west central Mississippi, approximately half way between Fayette and Hazelhurst. According to Wikipedia, "The community of Union Church was formed primarily by a group of Scotch settlers who left North Carolina around 1805 for the promise of fertile land to be farmed on the eastern banks of the Mississippi River. The town was originally called Scotch Settlement. The founding families were headed by George Torrey, his son Dougald Torrey, Laughlin Currie and Robert Willis."
Union Church played a role in the daring raid by Col. Benjamin Grierson and 1,700 horse troopers, who rode over 600 miles through hostile territory from southern Tennessee, through Mississippi, and finally to Union-held Baton Rouge, Louisiana during April-May of 1863. The troopers briefly stopped in Union Church during the night of April 28-29, after which they continued east and then south.

I drove into Union Church on a blazing hot and muggy day in early August (2020) while I was on one of my photographic tours. Some handsome old churches, farm houses, and stores caught my eye.
Driving in from the north on MS 28, I saw this big white wood building that looked like a former church. If there was a sign describing current use, I did not see it. 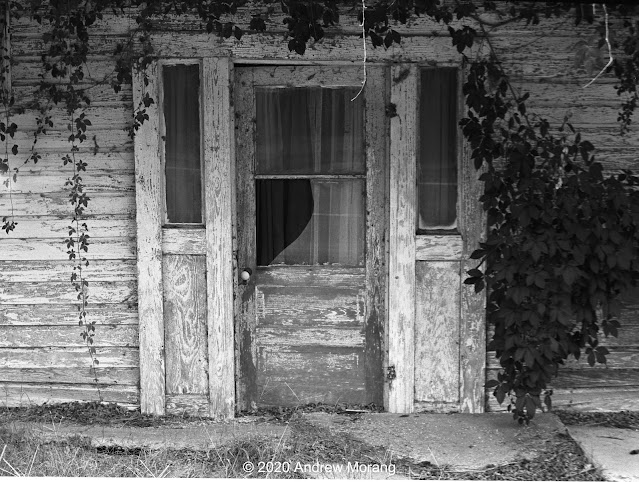 Two old stores sit at the junction of MS 28 and 550. On the first store, the roof looked reasonably sound, but there were fallen tree limbs and debris on it. That is definitely trouble in this damp climate. 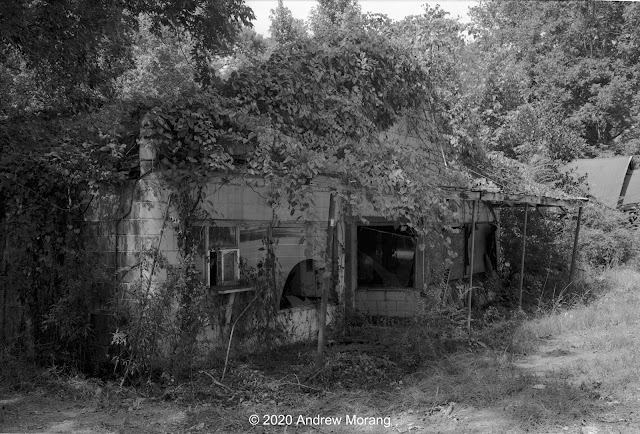 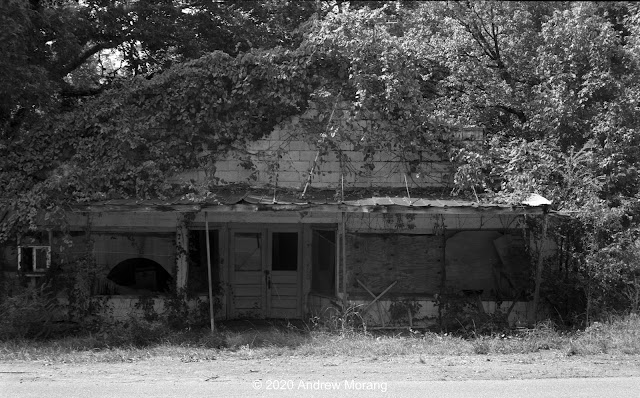 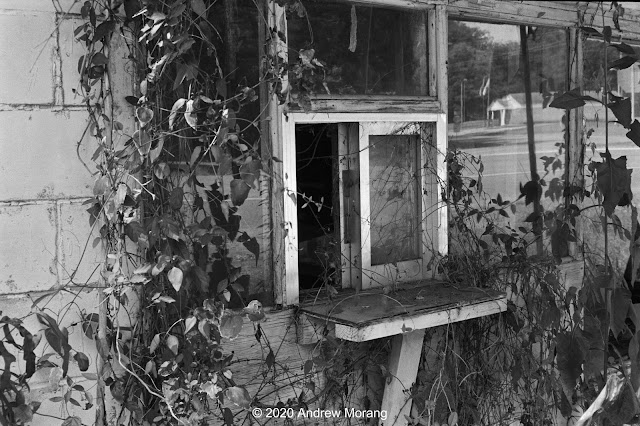 Store 2 was engulfed with a mess of vines and jungle. The walk-up window may have been for ice cream sales, but who can tell at this stage? It is sad that these places are no longer in business. 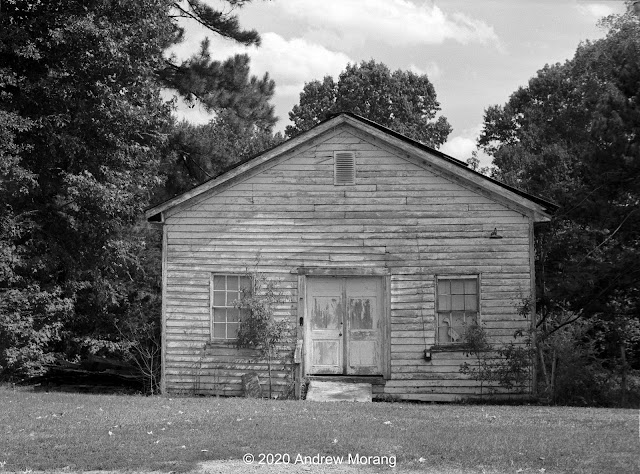 Heading west on 28 towards Fayette, I saw two churches, one no longer in use and the other in nice condition. Union Church looked like a quiet little town with some prosperous farms. I was glad to stop and look around.
Most of these photographs are from medium format Kodak Panatomic-X film from my Fuji GW690II camera or 35mm Fuji Acros film from my Leica IIIC camera and a Canon 50mm ƒ/1.4 lens.
Posted by Kodachromeguy at 08:00

I love that your still using black and white photography.

Thank you for your support. For my Mississippi and Louisiana photographs, I have reverted almost completely to black and white film. But in the next few months, you will see some digital work from Nepal and Austria. I also have a group of black and white negatives from Romania that I need to post.