This is the first of an irregular series of posts on discontinued film types ("Films from the Dead"). 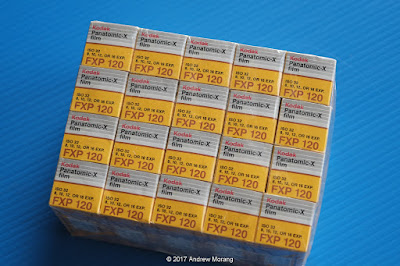 Bad news, there is only one brick of 120-size Kodak Panatomic-X film left in my freezer. So it goes - all good things must eventually end. I bought several bricks in the late-1990s from an eBay seller in California. As promised, they were in perfect condition. I was unaware when Kodak discontinued the product and therefore did not buy any stock at that time. The fellow in California was a lot smarter than me. 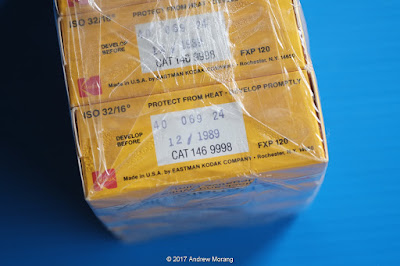 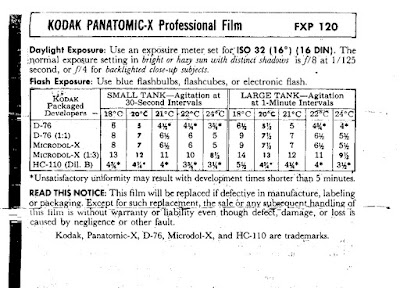 *Note: My title needs to be qualified. Panatomic-X might have been the best fine-grain black and white film, but the old standby, Kodak Tri-X, is superb when you need faster speed and do not need as fine grain. Plenty of film users have other favorites, such as TMax 100, Ilford Delta 100, or Fuji Acros. 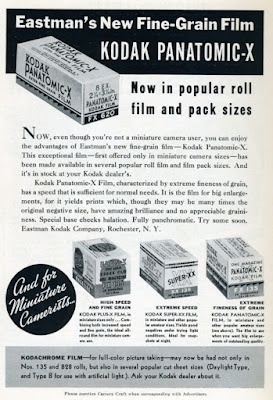 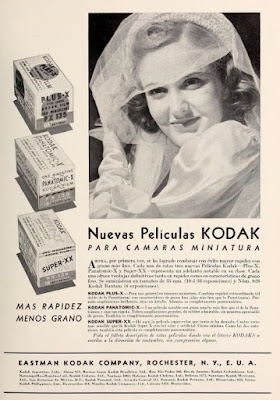 Eastman Kodak Company introduced Panatomic in 1933 and discontinued it in 1987. The earliest version of Panatomic (not X) was on nitrate base, but the X version was on safety base, probably around 1937. Kodak reformulated the film during its five-decade existence, so my late production was different than the original. It was designed to be an extremely fine grain film, which meant it could be enlarged for large prints and still retain details. This was of value to architectural, fine-art, and aerial photographers. Some 9-inch aerial photography film was a version of Panatomic-X. The version I have in 120 size was rated at ISO 32, but I shoot it at 20 or 25 and develop it in Agfa Rodinal at 1:50 dilution. Agfa's Rodinal is a developer that retains the grain structure and therefore looks "sharp" (i.e., it does not have solvent action to partly dissolve the edges of the grain clumps). Used with good lenses and careful technique (that means a tripod), the detail in a Panatomic-X negative is astonishing, even in this age of 36-megapixel digital cameras. 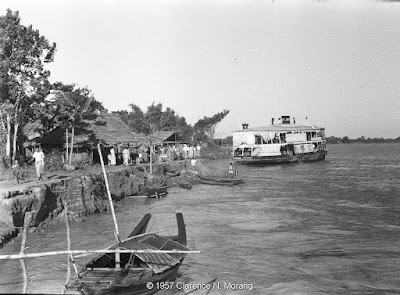 This is a photograph that my dad took somewhere in Burma on the Irrawaddy River. He used early Panatomic-X with his Leica IIIC rangefinder camera (still in operation). 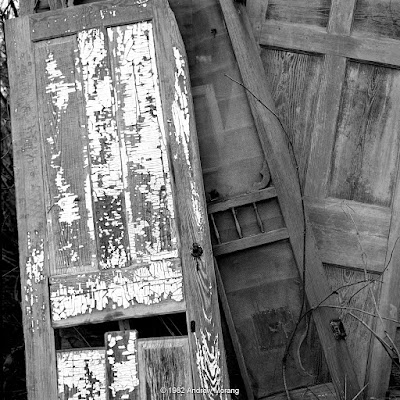 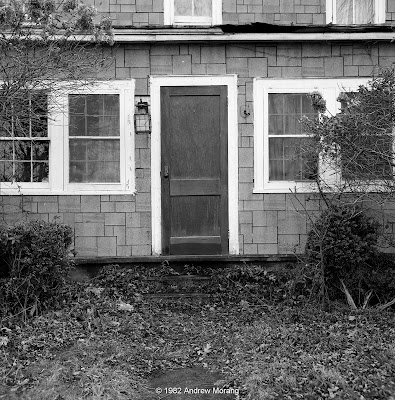 These are 1982 examples from a farm in Clifton, Virginia. I had just bought a Rolleiflex 3.5E twin-lens reflex camera and was experimenting with different films. I wanted fine grain for architecture, and Panatomic-X was still in production. After experimenting, I settled on shooting it at EI (exposure index) 25 and developing it in Rodinal 1:50. I also experimented with Agfapan 25 but could never get the contrast right (but that was my error - Agfapan was a fine film).

This is my present Rolleiflex 3.5E camera. It is similar to the one I used in the 1980s, which I should have never sold. The earlier one had a selenium light meter in the slot below the word "Rolleiflex." But my new one has better resolution; everything in its production chain worked out just right. In the 1950s and early 1960s, the factory tested every Rolleiflex camera with film before releasing the unit for sale. If there were any issues, the camera went back for adjustment or installation of new lenses. The taking and viewing lenses were precisely matched in focal length.

Panatomic-X film was excellent for detailed photography in old buildings, but you needed a tripod to support the camera for long exposures. In this example, I found an old chair in the hall and placed the camera on it. The Rolleiflex is suited for this work because it does not have a moving mirror and is therefore vibration-free.

I occasionally used Panatomic-X in 35mm cameras. This is an example from Kalavrita, a town in the Peloponnese of southern Greece. I should have used the 135 size film more often. (Update: Click the link for my 2021 article on 135-size Panatomic-X.)


Grayson Court in Jackson was an old-fashioned alley with shotgun houses facing the common road. It has been torn down although the property owner did some renovating in the early 2000s. I took this photograph with my Fuji GW690II camera (the "Texas Leica") and its Fuji 90mm f/3.5 lens. The 6×9 negative (real size 54×82mm) scans to a 100 mbyte 16-bit TIFF file. More Fuji examples are below.

Port Gibson is the town that General Ulysses Grant did not burn during the U.S. Civil War because he admired the architecture so much.

This is some sort of early 20th century crushing mill, long abandoned in the woods just off Hwy. 3 in Redwood. This is a 1 sec exposure at f/11. I resized this frame to 2400 pixels, so click the picture to see more detail.


Kodak likely discontinued Panatomic-X for several reasons:
Readers know I like film. One reason is I used film for 50 years and am comfortable with it. Another reason is it has a familiar look that we saw in prints, magazines, exhibits, and movies for decades, and it works well for recording urban decay. The self-professed "experts" (I am trying to be polite) on forums like Dpreview hate film because they think they are so superior with their new super digital capture devices. To each his own. Still, if you have aspirations to be a photographer, you owe it to yourself to use the traditional medium, learn how to calculate exposure manually, and contemplate each picture carefully. You need to think with film; no spray and pray that you might achieve a meaningful "shot." And you cannot chimp (review the pictures on the camera's screen) as you see in tourist sites around the world. Read an interesting interview on The Phoblogger with the Richard Photo Lab about how film is appealing to more and more photographers of all ages and skill levels. Used film cameras are cheap and many emulsions are still available - just go do it.

A reader in Photrio found this 1934 announcement from the British Journal Photographic Almanac. Thank you for the detective work. 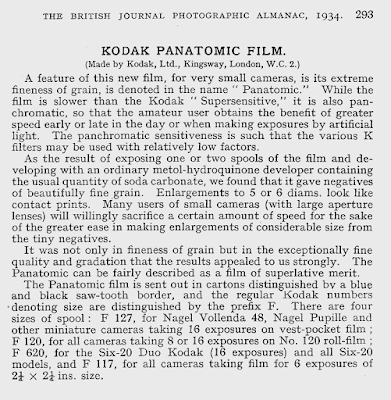 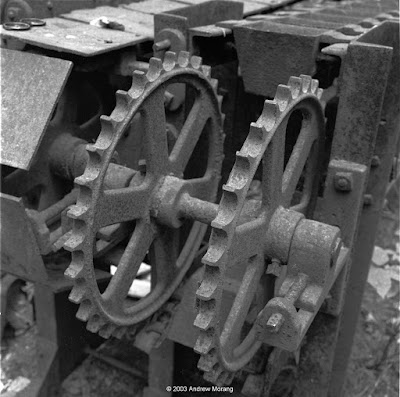 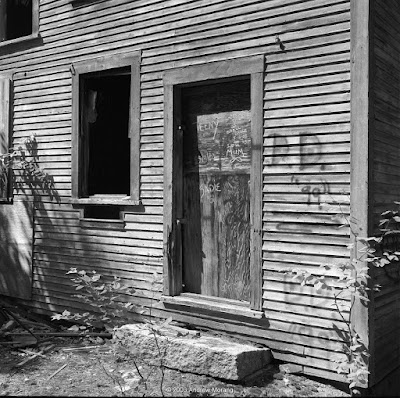 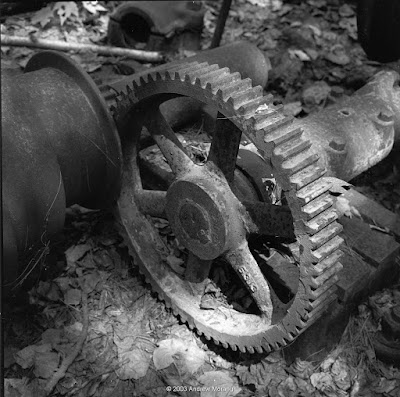 I bought some 35mm Panatomic-X from a seller on eBay. It expired in 1991 and proved to be fine.
Please click this link for more examples of my last use of this 1991-vintage 35mm Panatomic-X inVicksburg and Louisiana.

Good news! I bought ten more rolls of 120 Panatomic-X from the same gent who sold me rolls in the 1990s. 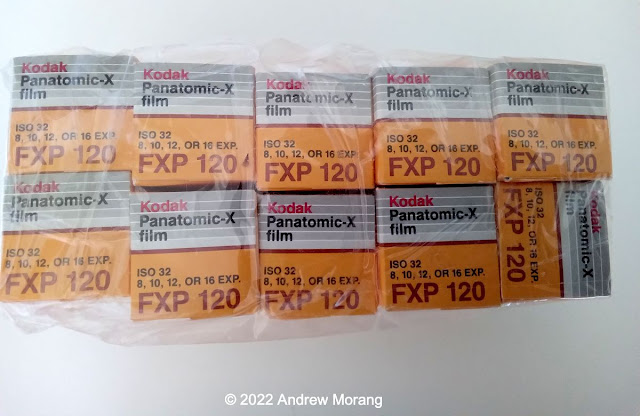 Are you selling that brick? If so, how much? That was my favorite film!

Sorry, I plan to use it!

Panatomic-X was a film waaaay better than TMAX 100. In my opinion , true look of classic film photography.
And with Rodinal looks great indeed.

I tend to agree, but TMax 100 is excellent. So is Ilford Delta 100. I tried Fomapan 100 Classic as a substitute, but had mixed results. Sometimes, it was really nice, other times the dark areas were just muddy:

I'm going to be the contrarian on this one. Because Pan X is ISO 32, it's way too slow for me, especially if used w/ a yellow filter. And while the pics are sharpish (who knows w/ web photos?), they look like digital....gray. I want BLACK and WHITE. So for those reasons, and because it just looks "better", Tri-X all the way baby.

You can definitely get “black and white” with it, a while back I scanned some negatives of my mother’s of a roll she shot in the early 70s in London https://www.flickr.com/photos/the_island_ghost/albums/72157649050869823

Hemulen, these 1970s frames from London are really interesting. Some of the storefronts resemble ones in New York City in the 1960s and early '70s. This demonstrates the archival value of film. And you are right, you can develop just about any B&W film to be as contrasty as you wish. Thanks for writing.

Panatomic X was one of those films that may not be replaceable, like Verichrome Pan. I've started using a lot of the Ilford just because they support the film world, unlike Kodak, who could really care less, and will pull the plug the minute Tri-X reaches a profit margin they don't like. That said, I've tried Pan F 120 from Ilford over the years, even before Panatomic-X was gone, and just never warmed to it, never had that "X" look. Some of the "slow" old world "euro" films might be a match, but I haven't got around to testing them.

Interesting to note, on your comment about VOC's in Panatomic-X hastening its demise. As a pro, I can tell you that a lot of photographers never warmed to the "cleaned up" Kodachrome 64 and 25, over the old dirty Kodachrome II, which looked beautiful. I never did, altho it didn't meet my processing turn around time anyway for my business. I did try the 120 Kodachrome Kodak reintroduced in the 80's and it was OK, so maybe they fixed some of the problems with cross-over, BUT, it just goes to show you, sometimes a lot of the old "dirty" stuff just could not be made "clean" and be as good!

Link to two Panatomic-X images I took in 1971. I couldn't tell you what kind of 35mm camera I used, but I do know I developed everything in D-76 at that time. Sorry for the low resolution scan, but check out the tonality. I have many more of these.