Dear readers, it is time to complete the story of my 2016 west-to-east excursion on the Mother Road.

Albuquerque, New Mexico, was always a major stopping point for travelers on Route 66. It was the "big city," with motels, movies, entertainment, groceries, and repair services. Coming in from the west from the Pecos River crossing, Route 66 merged with or became Central Avenue, a major east-west corridor through town. The western outskirts were lined with motels to serve the weary 66 traveler. 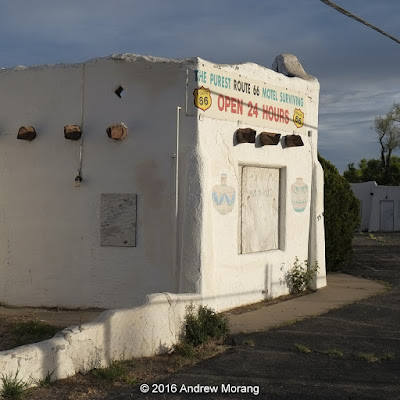 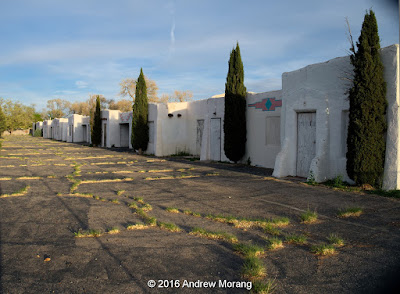 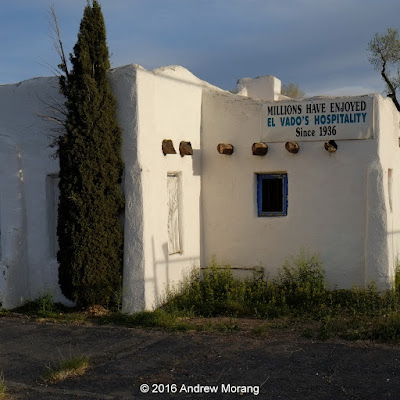 Entering town on Central Avenue, the El Vado was ready to welcome visitors with a comfortable room and a place to park their car. Open since 1936, it had recently closed when I drove by in April of 2016. Had millions really stayed there as per the sign? Regardless, the units looked to be in good condition, so I do not know why they closed. Many of these Route 66 motels were built in Mission Style with tile roofs, protruding timbers, and white painted stucco walls. They were clearly meant to evoke the the "old west" as well as emulate the popular Alamo Plazas, which were America's first motel chain, founded by a Waco, Texas hotelier, Mr. Edgar Lee Torrance. The Mission Revival Style was an architectural movement which was inspired by the late 18th and early 19th century Spanish missions in California. 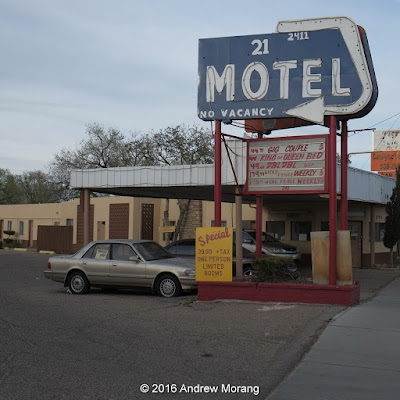 Other lodgings, like this 21 Motel at 2411 Central Avenue, were still in business, but had a distinctly dive ambience (I passed). 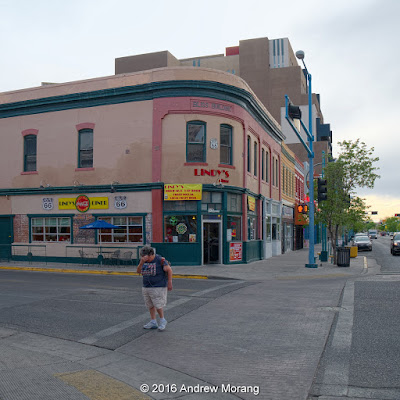 Route 66 continued east into downtown, In my short stopover, it looked like much of the inner core of the city is pretty dumpy, but Central Avenue has been partly revived and gentrified. The merchants were certainly capitalizing on the Route 66 theme. 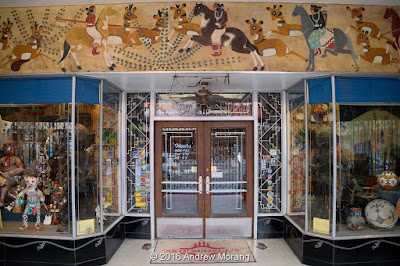 Some of the stores have spectacular examples of western art (OK, western kitsch) in their architecture. 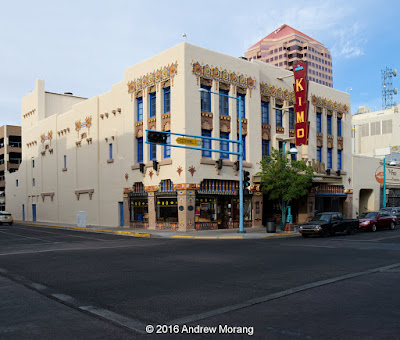 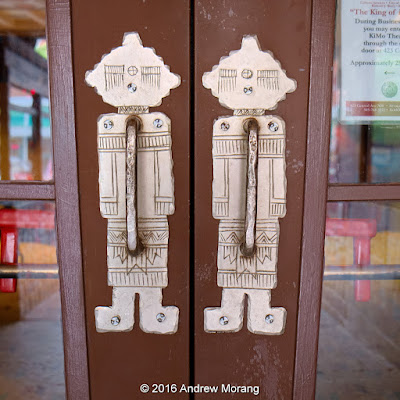 The famous KiMo Theatre at 423 Central Ave. NW is restored and operational. It was built in 1927 in an extravagant "Art Deco-Pueblo Revival Style" (I did not know such a style existed). As an example of the decorative elements, look at the handsome door handles. The KiMo is a popular site for paranormal investigators. The KiMo is reputed to have a ghost. 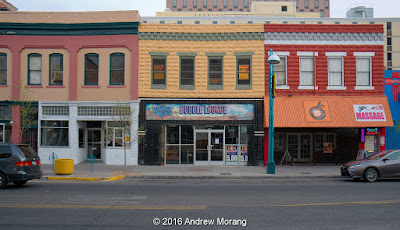 Near the KiMo, you see traditional 1920s office blocks interspersed with newer construction. Along Central Ave., they have been cheerfully painted and adorned with plenty of Route 66 signs.

Dear Readers, we will have one more article, and then that will be it for my 2016 trip on the Mother Road. Thank you for reading along. Next road trip: the Mother Road in the Great Plains. And next time, I will use black and white film.
Posted by Kodachromeguy at 08:00

Nice knowledge gaining article. This post is really the best on this valuable topic.
merchant account for travel agents