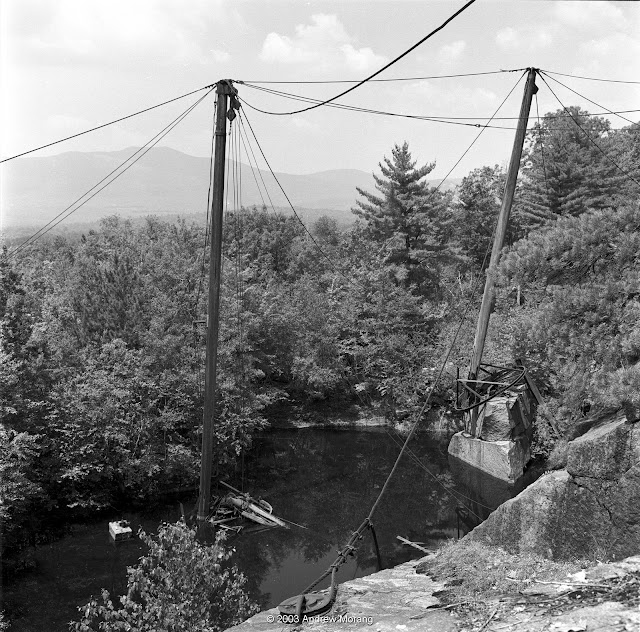 New Hampshire is known as the "Granite State," and for good reason. Granite outcrops are found throughout the state, as well as the adjoining states of Maine and Vermont. In the past, numerous quarries mined the hard and durable stone, sending the products throughout the northeast United States. Redstone Quarry in North Conway (formerly its own town of Redstone) operated from the mid-1800s until 1948. It featured both pink and green granite at one site, which is unusual. For many years, the Boston and Maine Railroad owned the quarry. The railroad used finished stone for train stations, while rubble and waste product served as track bedding. Columns and finished blocks were sent to Boston and other cities.

I previously wrote about Redstone in 2012. That time, I posted digital images from autumn 2012. Oddly, that has been one of my most accessed blog posts. It was time to retrieve my older film negatives and present them here. I took the photographs in this short article in June of 2003. I exposed Kodak Panatomic-X film in my Rolleiflex 3.5E with 75mm ƒ/3.5 Xenotar lens, all tripod-mounted. I also used another Rolleiflex with Ektar 25 color film. It was a stifling summer day, and I noted in my field book that the temperature was 35° C. In my opinion, these black and white film frames are much more powerful than the 2012 digital images. 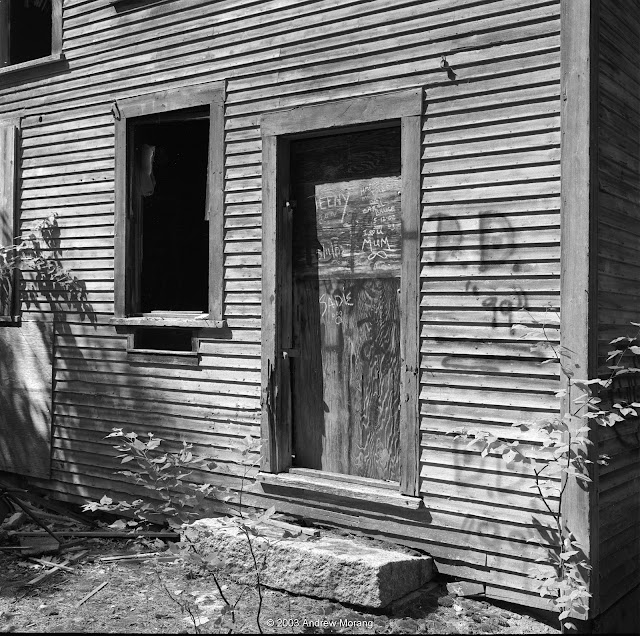 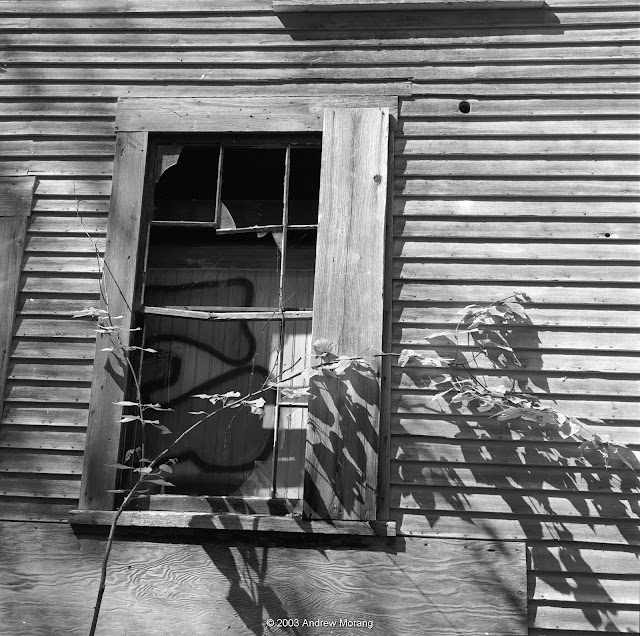 This is one of the few wood buildings still on the site. This may be a former dormitory for quarry workers. 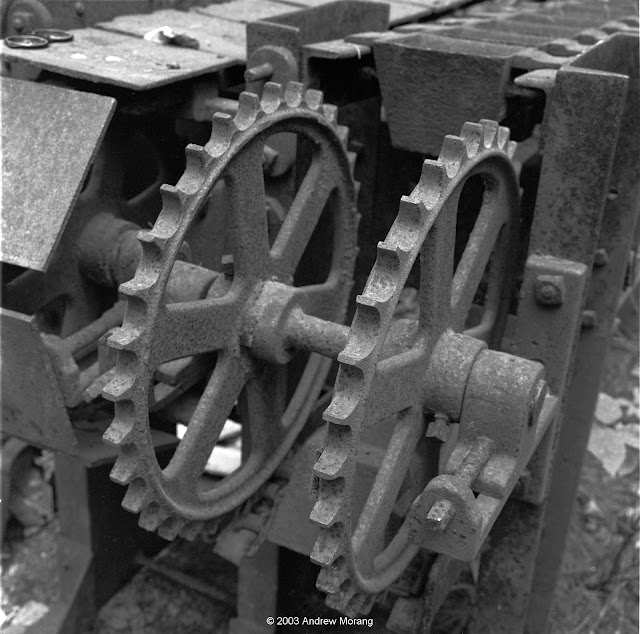 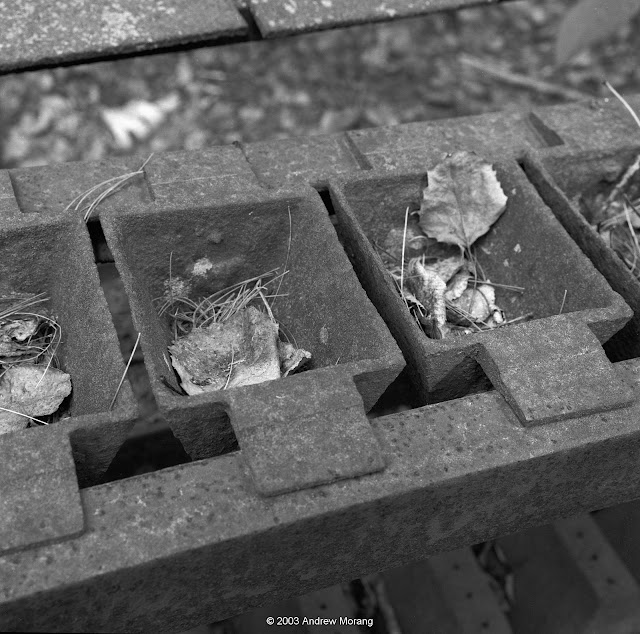 These two frames are from the old forge. I read that early in the 20th century, the cutting tools needed sharpening and re-tempering constantly. The forge-master was a busy fellow. Tungsten steel and other specialty metals would have reduced the need for sharpening, but those improvements came late in the history of this quarry. 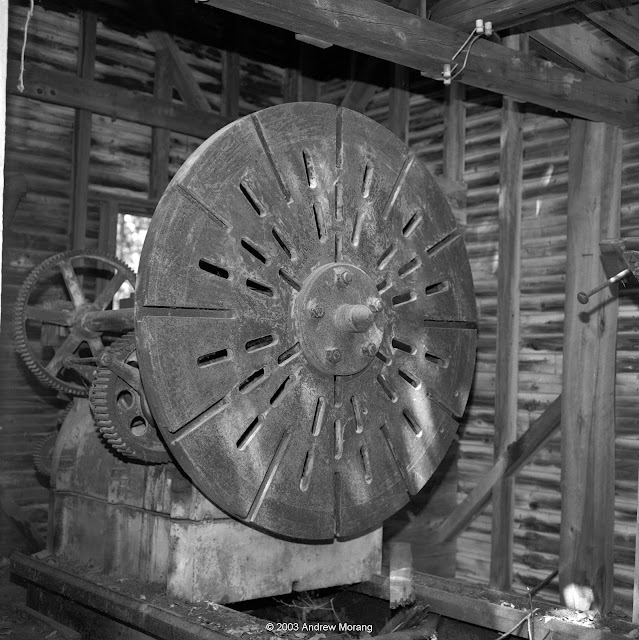 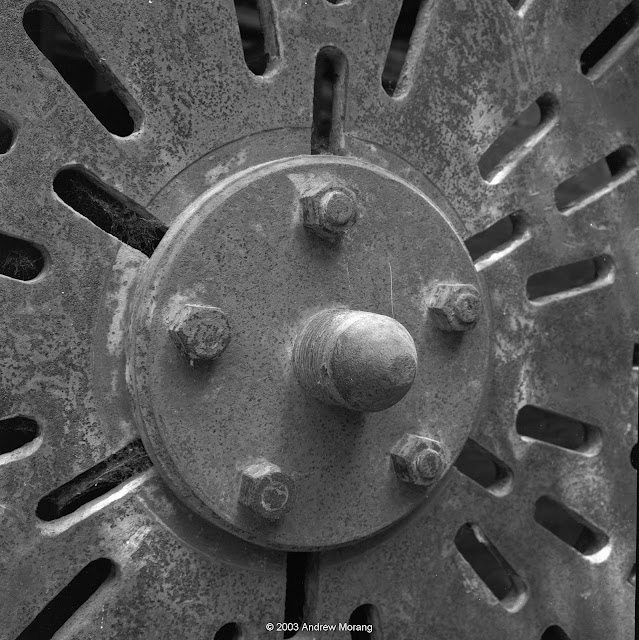 This was the face of the larger rock lathe. This machine would have been used to turn stone columns  of the type used on banks or other major buildings in cities. The roof was open to allow a hoist to position a piece of stone in the right position before being attached to the lathe. Consider that this lathe could support tens of tons of rock. The lower picture is a close-up with the help of a Rolleinar close-up diopter. 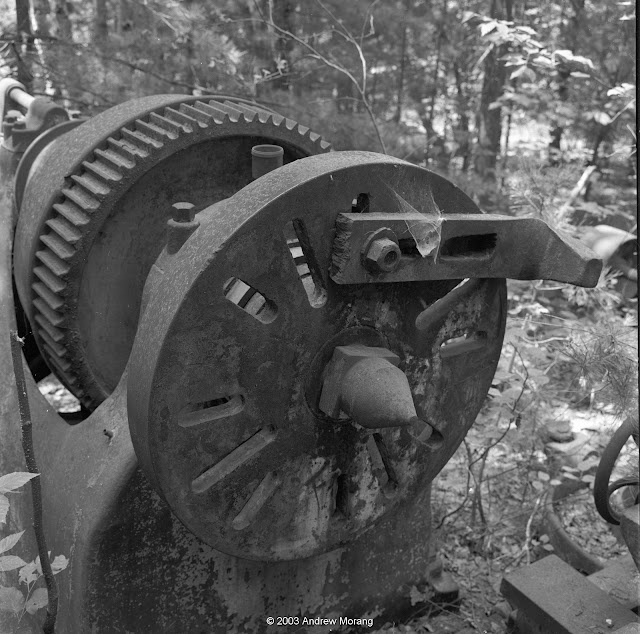 This was part of a smaller rock lathe. The men who operated these lathes were true craftsmen, but they died at young ages because of silicosis (lung disease). 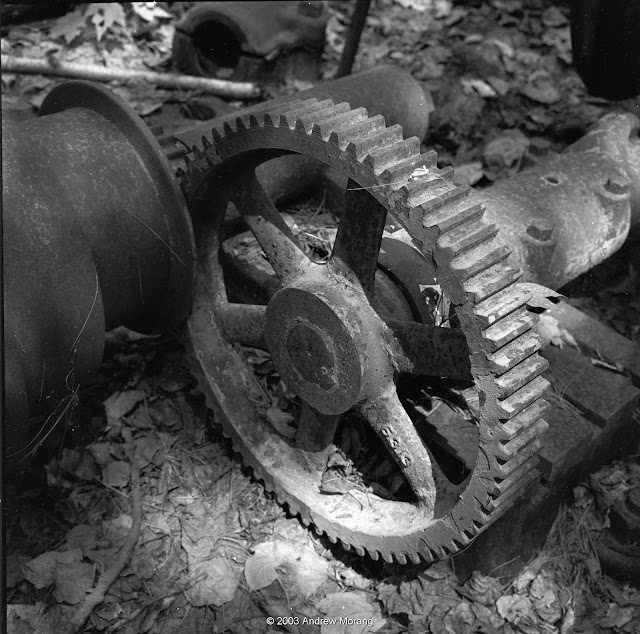 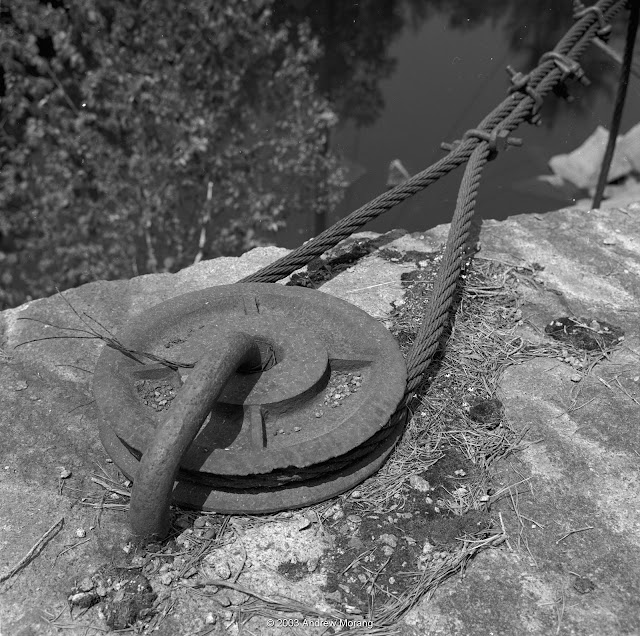 Here is the pulley at the main pit (see the first photograph). I am amazed that some of the booms are still standing and supported by these rusting steel cables.

I also scanned some of the Kodak Ektar 25 frames from the same day. This was one of the finest-grain color negative films ever marketed. I liked it for technical work like this. It required the best lenses and methodical technique. 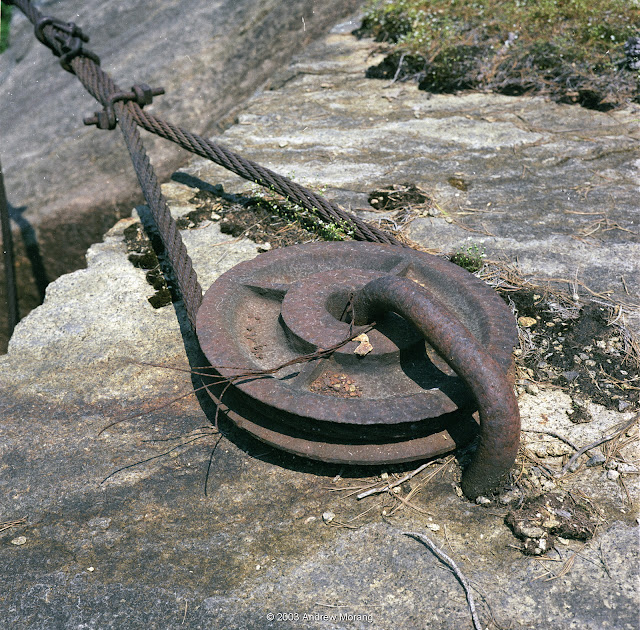 This is the same pulley at the edge of the main pit. The color film shows how the pulley has rusted. 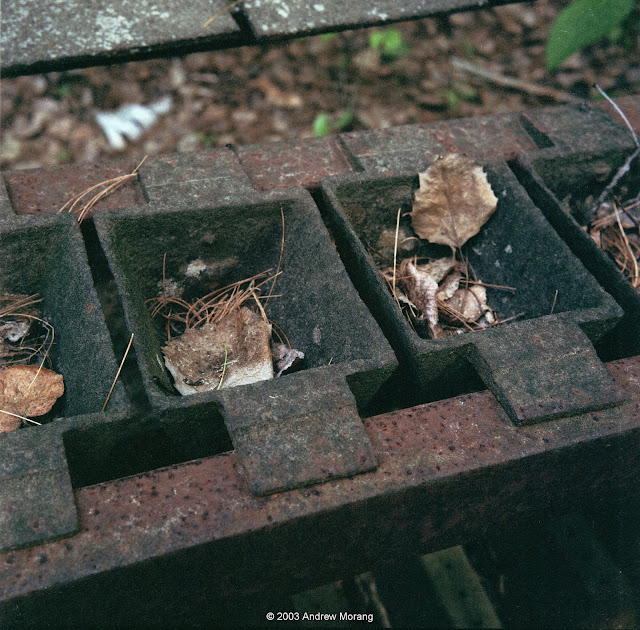 This is the forge that I showed above. 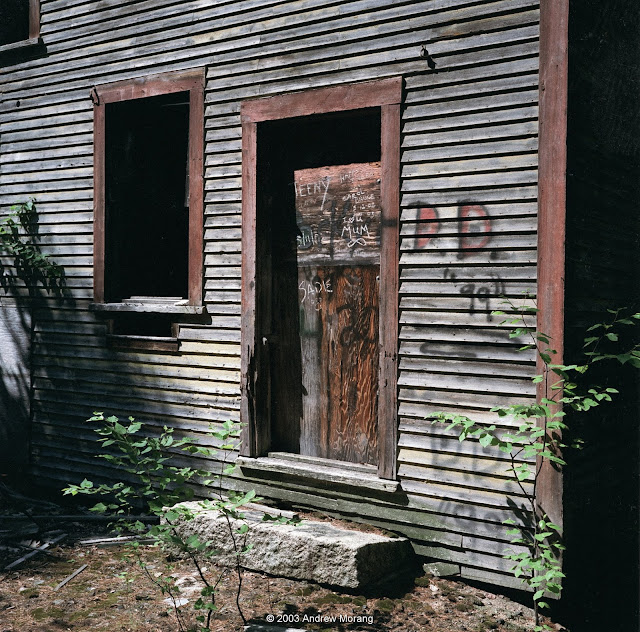 Finally, this is the building that may have been a dormitory for quarry workers.

These are the last of my Redstone Quarry photographs. Someday I would like to return.
Posted by Kodachromeguy at 07:30

I was there just yesterday.

The house has lost quite a bit of siding and the door has long gone.

The forge machine with the small iron buckets has lost most of the buckets to thievery I guess.

The lathe house is starting to come down. The ends are leaning in, and the main beam running along the building is rotted through. It looks like if may not survive the snow load if we get a bad winter.

The booms still stand in the quarry pit, which was frozen over and covered with snow. Food for thought,because in those conditions if you fall in you are unlikely to come back out...

Did you see the horizontal steam engine/air compressors when you were there?

Thanks for writing an update. I must have missed the compressor entirely, or did not know what I was seeing.