Dear readers, I wrote about Jackson's North Mill Street in the area near Union Station in a previous post. Let's continue our tour heading north. 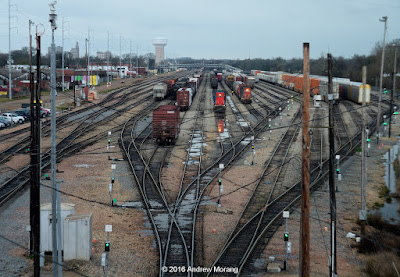 Mill Street parallels the Canadian National Railroad tracks and the rail yard. Jackson has always been a major rail center. The best view of the rail yard is from the Woodrow Wilson Avenue crossover. The photograph above shows the view looking south. 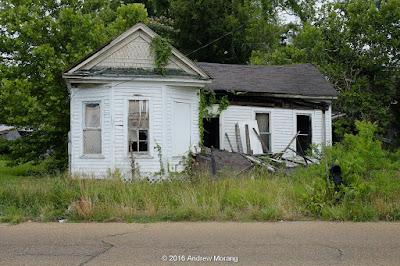 There were once private homes on Mill Street. This abandoned early 20th century cottage is at 1112 N. Mill Street. 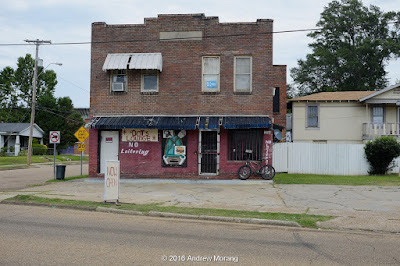 1154 Mill is a lounge with residence above. 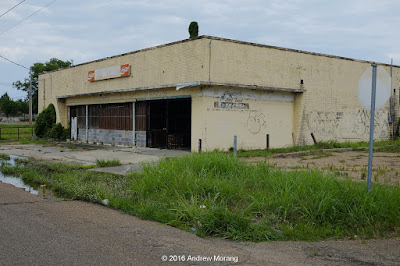 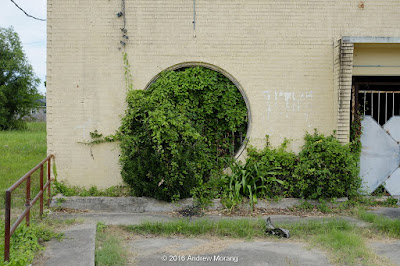 1326 Mill Street is an abandoned supermarket. I do not know where residents of the nearby streets shop. 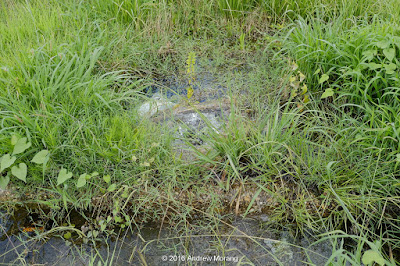 Clear water was bubbling out of the ground on the lot next to the supermarket. I have noted before that Jackson must lose a tremendous amount of its drinking water to pipe breaks and leaks. 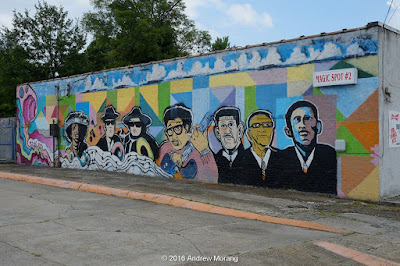 The Magic Spot Sports Bar II is at 1836 North Mill. It has an ambitious mural on the north wall. 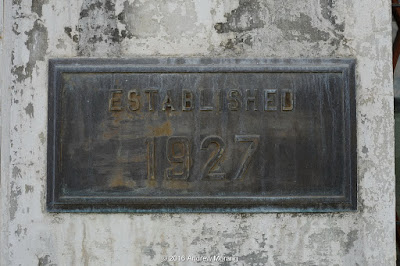 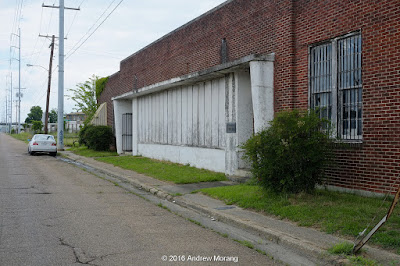 Jackson Generator and Starter Service occupies this 1927-vintage factory building. I was glad to see that it was a going concern. 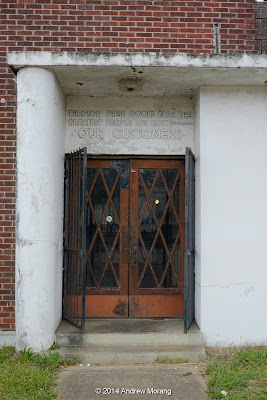 Respect for the customer was molded in the concrete about the door.  I wish more companies today followed this golden rule. 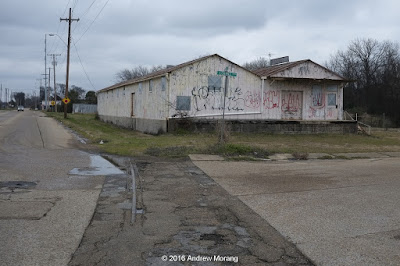 A warehouse with a former spur line is at the corner of Lorenz and North Mill. It was locked but clearly unused. 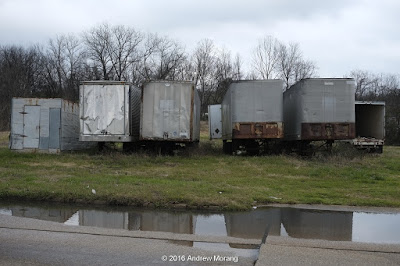 Neglected 18-wheeler trailers were in the muddy field north of the warehouse. 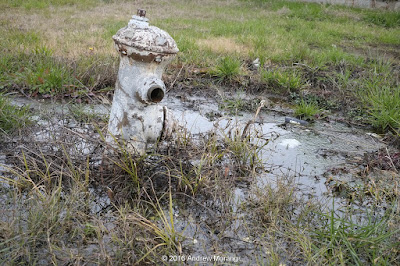 More clean water was gushing from a break in the hydrant. 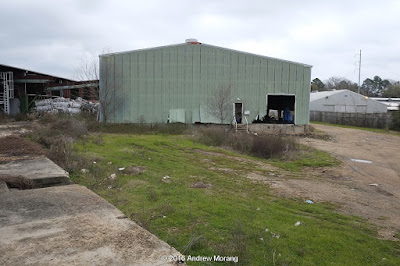 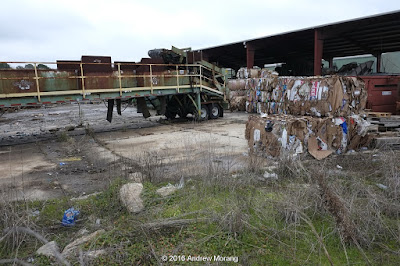 A paper recycling company occupied a steel shed and fields at 3002 North Mill Street. I could not tell if the company was defunct because the rolls of baled paper were out in the rain, seemingly abandoned. 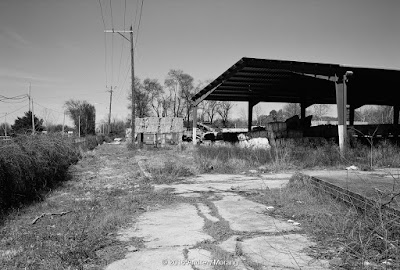 This is a Tri-X film photograph of the recycle facility. 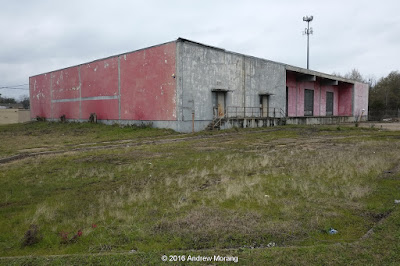 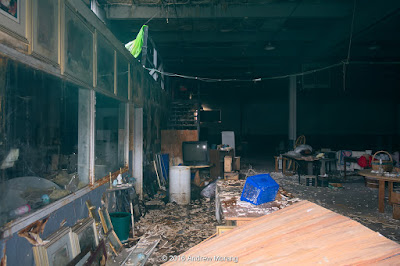 Drive west on West Mitchell Ave., and at the corner of Commerce Park Drive, an empty pink warehouse once housed the Traderhorn Discount Store. 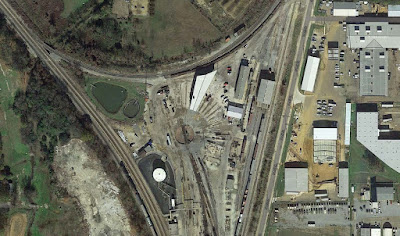 The aerial photograph from Google Maps shows the railroad turntable and track that show where there would have once been a roundhouse. One day I will try to get permission to take some photographs of the turntable.

This has been a rather gloomy view of west Jackson. This area was once a vibrant commercial and manufacturing district, but now many buildings are empty, the roads are crumbling, and the buried infrastructure decaying. I just don't have any answers.

Photographs taken with a Fuji X-E1 digital camera.
Posted by Kodachromeguy at 17:47

I was a little disappointed to see that this hopeless article was written in Sept 2016. There was a multi-million dollar grant that allowed for the demolition and reconstruction of most of the abandoned, dilapidated homes. Most of the roads have been repaved (except Mill Street, ugh). Midtown Partners has done a lot of work to revitalize the area. There is an art district and many thriving businesses in the Midtown area including Lucky Town Brewing Company, d+p Design Build, Pearl River Glass Studio, OffBeat, Reclaimed Miles, The Hatch, MS Cold Drip Coffee, NUTS, Soul Wired Cafe, etc. There is still a lot of work that needs to be done in the area, but it is hardly doom and gloom. Several families have gutted, rebuilt, and moved into the 1930s homes. It is moving in the right direction.