I recently had some old Kodak Ektar 25 film negatives scanned that I exposed in 1993 and 1994. Even with the passage of only 20 years, you can see changes in slow-moving Vicksburg. 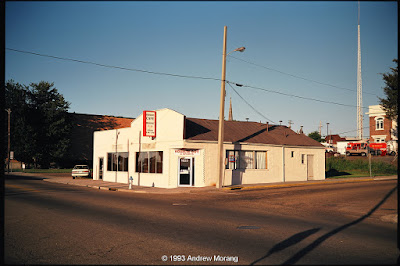 Let's take a walk on Washington street and head south. This is the Vicksburg Cafe at 1625 Washington Street, formerly at the corner of Washington and South Madison. I do not remember when the building was torn down. And now I realize why the Warren County library, seen to the left, did not have an entrance on the south side. The architect likely felt there was not enough space for a driveway and entry stairs. But now this is an empty lot, and this side would be a much more suitable entry area for the library than its inadequate and awkward parking lot on Walnut Street. And the library's entrance on the north side of the building is totally useless. 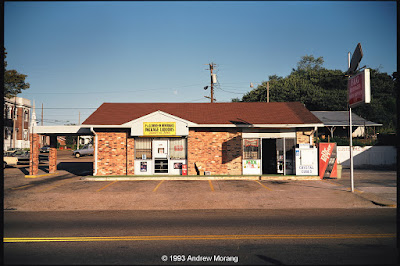 F&G Beverages at 1701 Washington Street has thrived and grown. The drive-through on the left is gone now. Whenever I bicycle by, the store has customers. I better not write what I think of this demonstration of small-town prosperity. 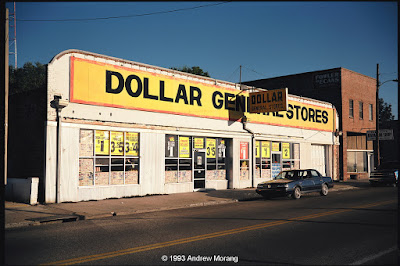 Dollar General has also thrived, but this building at 1713 is gone. 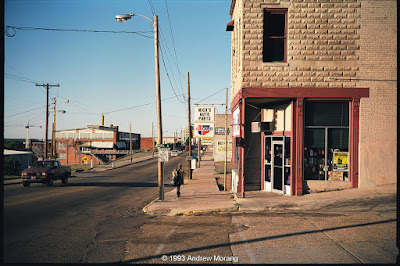 This is the view north from the corner of Washington and Bridge Streets. The former Mississippi Hardware company is in the distance to the left. In World War II, the build housed a fabric and sewing manufacturer. 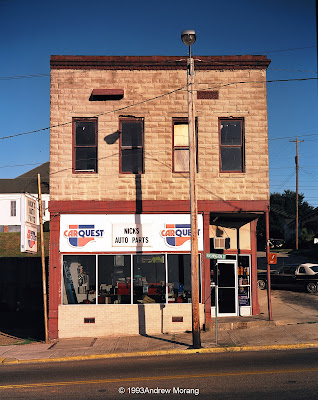 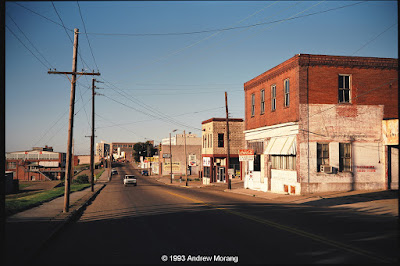 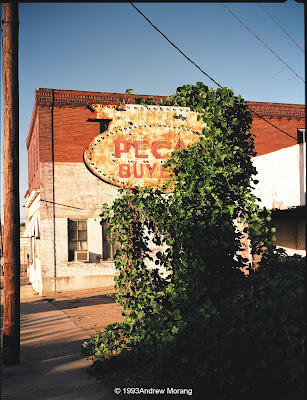 The next building south was the Vicksburg Seed store. I recall that several additions or porches on the side were torn down over the years. 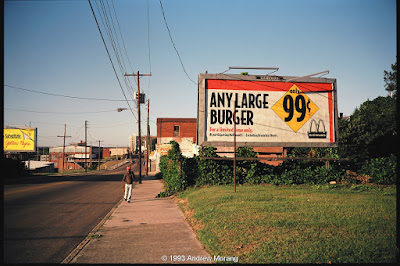 This view looking north is over the railroad viaduct. 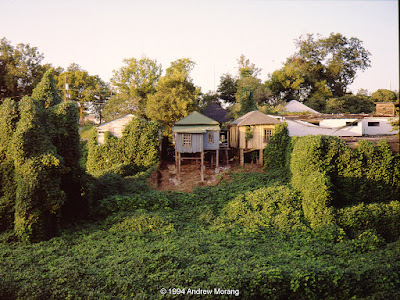 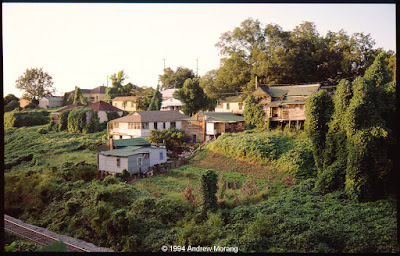 If you turned east and walked up Belmont Street, from some of the parking lots on the north side, you could look north over the railroad cut. There were once a number of houses and gardens (mini-farms) on the slope. Most are gone now. Some of the shotgun shacks were the classic Vicksburg type where the entrance was level with the road but the back projected out over the slope, supported by wood posts. A retired city engineer told me that these post houses cannot be rebuilt or permitted if they collapse. But they were common in the early 20th century as a way to accommodate the area's complicated topography.

I took these photographs with a FujiFilm GW690II medium-format camera with 90mm ƒ/3.5 Fujinon lens using Kodak Ektar 25 film. This was a fine-grain, contrasty emulsion, and was a bit hard to use but spectacular if you wanted fine detail.
Posted by Kodachromeguy at 10:00

Thanks for bringing back the memories of these buildings since some are still standing and some are gone. Have lived here all my life (75 years) and have seen a lot of changes. Was raised at 2515 Washington Street for 21 years (Dykes Parking lot) and would walk home by these buildings from school at St. Francis Xavier Academy.