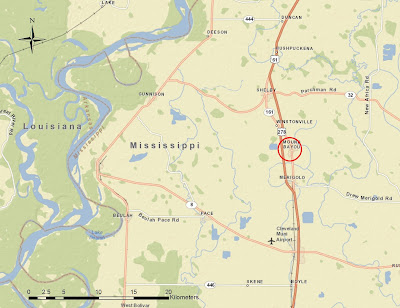 Mound Bayou is a historic town in Bolivar County, Mississippi. 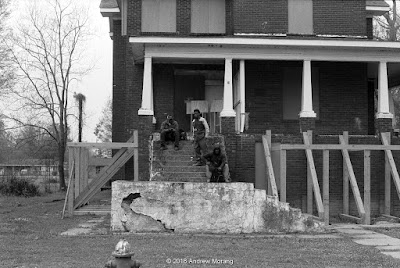 I wrote about Mound Bayou in 2012, and at that time, I.T. Montgomery's house looked intact, although I was not able to see inside. 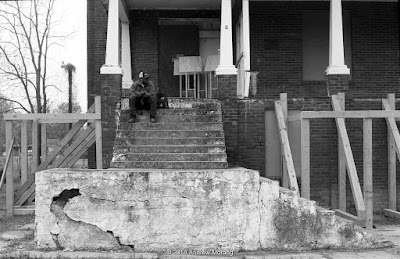 During an April 2018 drive through Mound Bayou, I saw some workmen installing heavy timbers abound the periphery of the house to prevent the walls from collapsing outwards. They did not know if other preservation work would follow. The lower floor of the house served as a clinic in the early 20th century. 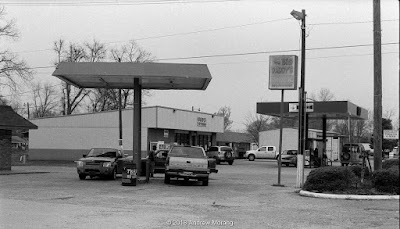 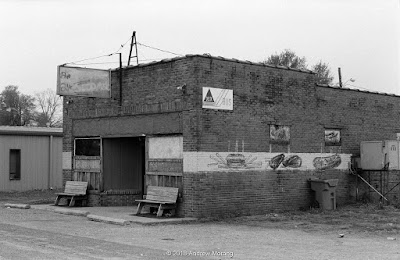 The former bus stop on Edwards Ave. is an early-20th century shop with square front. 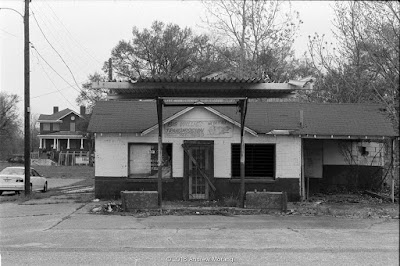 Willie's transmission appears to be closed. You can see the I.T. Montgomery house a block away on the left. 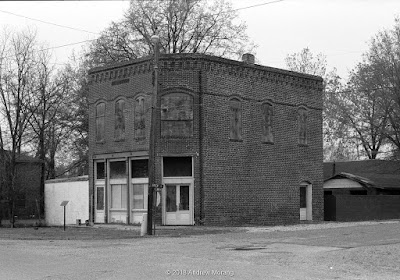 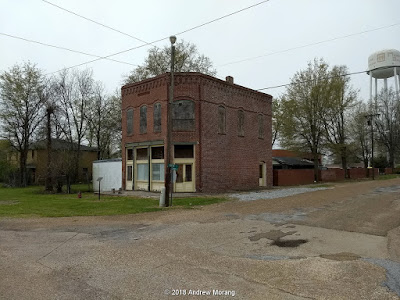 This building at the corner of W. Main and Green Streets was the Bank of Mound Bayou, founded by Charles Banks in 1904, the first Black-owned bank in Mississippi.

The historic Taborian Hospital was closed for decades, then restored, and now is closed again. It is sad.

The history of Mound Bayou is a story of determination, back-breaking hard work, and a dream of creating a better life for African Americans in an era when they were treated brutally by the Southern white political establishment. National Public Radio featured Mound Bayou in one of their 2017 Our Land series. Booker T. Washington wrote a fascinating description of Mound Bayou's founding and early history in an article titled, "A Town Owned by Negroes, Mound Bayou, Miss., an Example of Thrift and Self-Government," July 1907 (archive from from Johns Hopkins Press).

The black and white photographs are from Kodak TMax 100 film, exposed with a Pentax Spotmatic camera (1971 vintage). I scanned the negatives with a Plustek 7600i film scanner controlled with Silverfast Ai software.
Posted by Kodachromeguy at 08:00