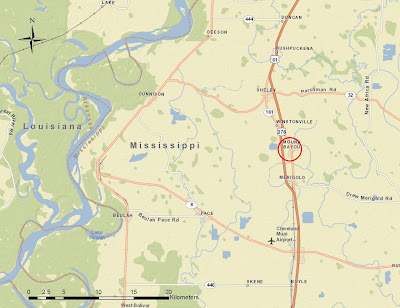 The city of Mound Bayou, in Bolivar County, is the next stop in our ongoing tour of the Mississippi Delta. Mound Bayou has an interesting history in that it was founded for and by former slaves. According to Wikipedia,


"Mound Bayou traces its origin to people from the community of Davis Bend, Mississippi. The latter was started in the 1820s by the planter Joseph E. Davis, who intended to create a model slave community on his plantation. Davis was influenced by the utopian ideas of Robert Owen. He encouraged self-leadership in the slave community, provided a higher standard of nutrition and health and dental care, and allowed slaves to become merchants.

In the aftermath of the American Civil War, Davis Bend became an autonomous free community when Davis sold his property to former slave Benjamin Montgomery, who had run a store and been a prominent leader at Davis Bend. The prolonged agricultural depression, falling cotton prices and white hostility in the region contributed to the economic failure of Davis Bend.

Isaiah T. Montgomery led the founding of Mound Bayou in 1887 in wilderness in northwest Mississippi. The bottomlands of the Delta were a relatively undeveloped frontier, and blacks had a chance to clear land and acquire ownership in such frontier areas. By 1900 two-thirds of the owners of land in the bottomlands were black farmers. With high debt and continuing agricultural problems, most of them lost their land and by 1920 were sharecroppers. As cotton prices fell, the town suffered a severe economic decline in the 1920s and 1930s." 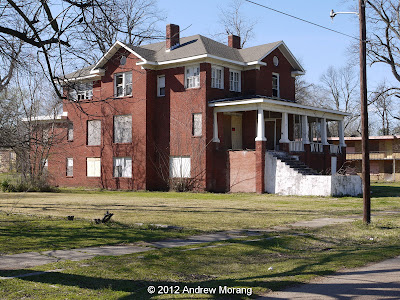 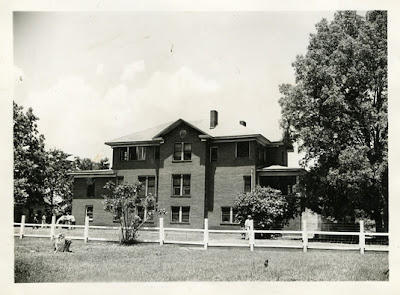 This is Isaiah Montgomery's house on East Main Street. It is now closed and semi-secured. The undated black and white photograph is from the Mississippi Department of Archives and History. I think there is a horse grazing in the side yard, in keeping with he spirit of this town being the center of an agricultural community. 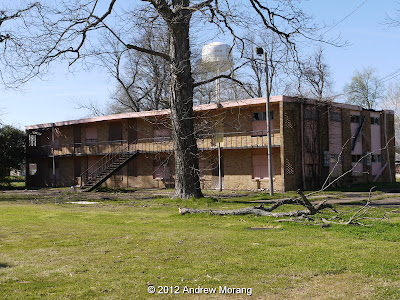 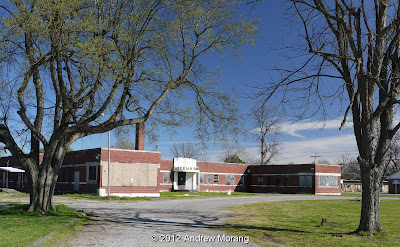 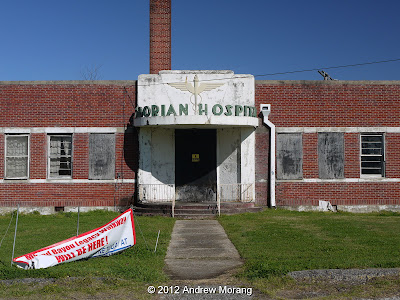 Further north on North Edwards Avenue is the historical Taborian Hospital, now closed. The hospital was founded by the International Order of Twelve Knights and Daughters of Tabor, a fraternal organization. For over twenty years, the hospital provided low-cost health care to thousands of African-Americans in the Mississippi Delta. This was one of two hospitals in the delta dedicated to serving this population group in an era when most public hospitals would only admit white patients. The other facility was the Afro-American Sons and Daughters Hospital in Yazoo City, featured in a November 2010 essay. 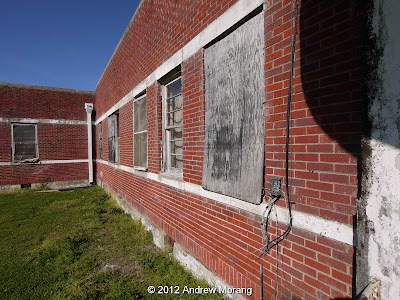 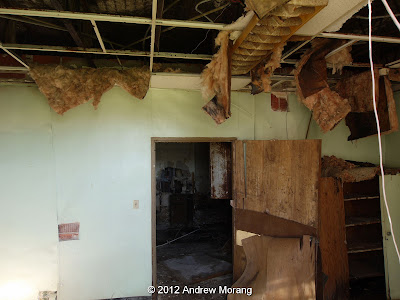 The Taborian Hospital opened in 1942. All members of the staff, including doctors and nurses, were black. Equipment included two operating rooms, an x-ray machine, incubators, electrocardiograph, blood bank, and laboratory. Operating funds were generated almost entirely from membership dues in the International Order and from voluntary contributions. The hospital closed in 1983, after years of financial pressures. As you can see in the last two photographs, the building is deteriorating and the interior is a mess.

The Preservation in Mississippi blog featured the Taborian Hospital in 2010. The following paper provides more background:

In 2000, Mississippi Heritage Trust placed Taborian Hospital on its 10 Most Endangered Places list. A rural development grant may revive the building, but I do not know when this will happen.

A 2012 article in Preservation in Mississippi has fascinating interior photographs taken before cleanup and restoration. 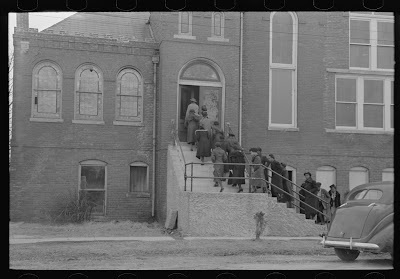 Here is a Mound Bayou photograph by Lee Russell from the Library of Congress:

Heading north near Highway 61 are some run-down farm buildings. 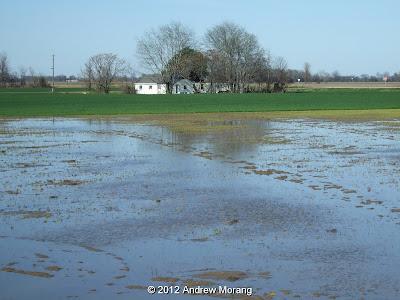 Across the road, the flooded fields provide nice reflections.

Update: here are two black and white film photographs of the Taborian Hospital. These are from Kodak Panatomic-X film exposed with a Fuji GW690II camera with 90mm ƒ/3.5 lens. I cleaned chemical blobs and lint using the heal tool in Photoshop CS5. 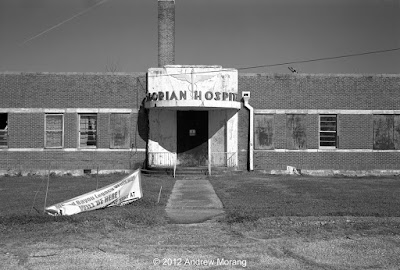 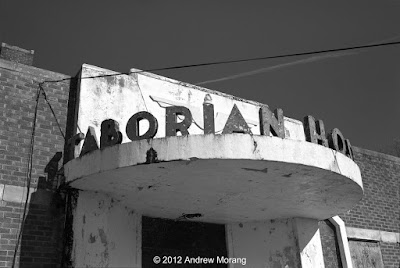 The City of Mound Bayou received the USDA grant in the fall, and the Taborian is being renovated for use as the Taborian Urgent Care Center. Montgomery house is next. I have had the privilege of working with this amazing team from the City of Mound Bayou for a year now. Updates can be seen at http://suzassippi.blogspot.com/2011/12/snowy-drive-to-mound-bayou.html, plus, I will be doing several guest posts on the updates on Preservation in Mississippi in the next few weeks.