Alligator, Mississippi, is another small agricultural town in Bolivar County. It is a nice little town and, like many in the Delta, was likely much more prosperous decades ago. Many Italian workers came here in the early 20th century to work on farms during what was a thriving agricultural economy. Oddly, the Telegraph (UK newspaper) ran a story in 2009 about the election of a black mayor. The Telegraph article outlines some of the economic and social issues facing these small towns. 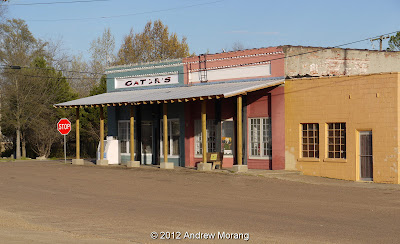 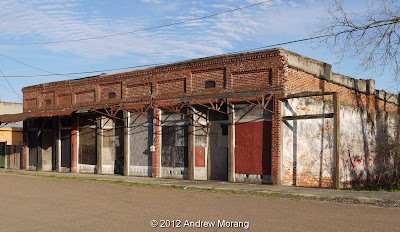 The commercial strip was built parallel to the Yazoo and Mississippi Valley railroad tracks. The tracks are now gone, but the embankment clearly marks their former existence. Most of the commercial buildings on Front Street are closed. As you can see, they were classic square-front brick and cast iron stores from about 1900. The Saturday I drove through town, not much was happening and dudes were hanging around the storefronts. 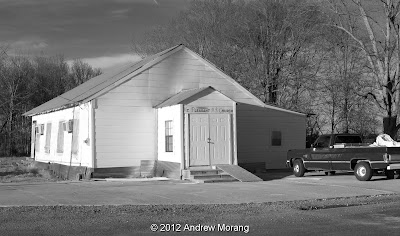 About four miles east of Alligator on East New Africa Road, I came across this MB church. Two gents were doing some carpentry and we chatted. They said the church was built in the late 1800s.
Posted by Kodachromeguy at 14:51

Thanks for sharing your thoughts. I truly appreciate your efforts and I am waiting for your
next write ups thank you once again.
Also see my page - last minute reis