An old-fashioned commercial building/strip mall at the corner of Bailey Avenue and Fortification Street has interested me over the years. I do not know the vintage of the building, but I guess pre-World War II. As of 2004, at least one unit in the building was still occupied, but I think all are closed as of 2019.

In 2004, On the Avenue restaurant was open for business when I took this Kodachrome from across the street. Prices were great! (But I did not have lunch there.) 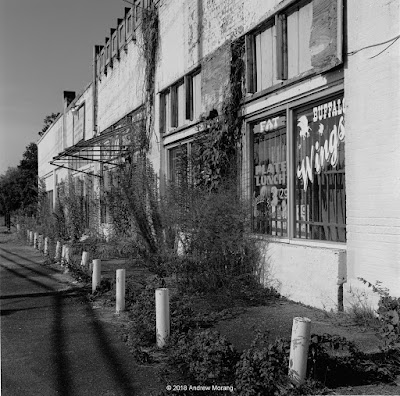 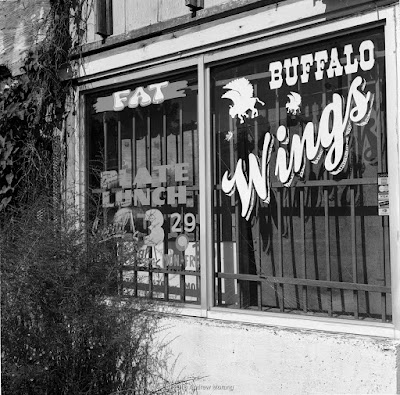 In 2018, I had some Panatomic-X film in my Hasselblad and drove to Bailey Avenue to look around. The building appeared to be totally unused. 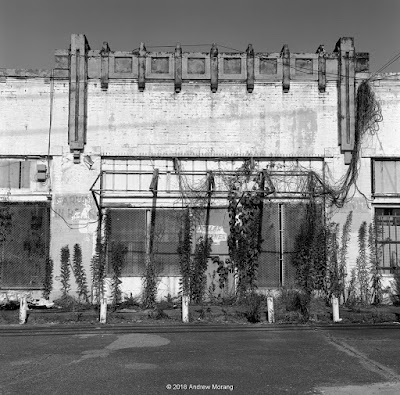 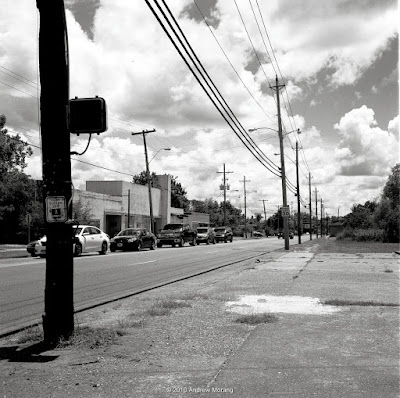 Bailey Avenue is rather depressing, with many unused buildings and empty lots. But there is a lot of traffic - where are these people all going?
Posted by Kodachromeguy at 08:00