Over the last few years, I have been exploring the industrial area in east Jackson. As a follow-up, during the winter of 2019-2020, I wandered around East Rankin Street with my medium format cameras. Jackson never disappoints regarding dumpy places to photograph. This part of town was once industrial, but today, many of the warehouses are unused, and I see little evidence of a revival. 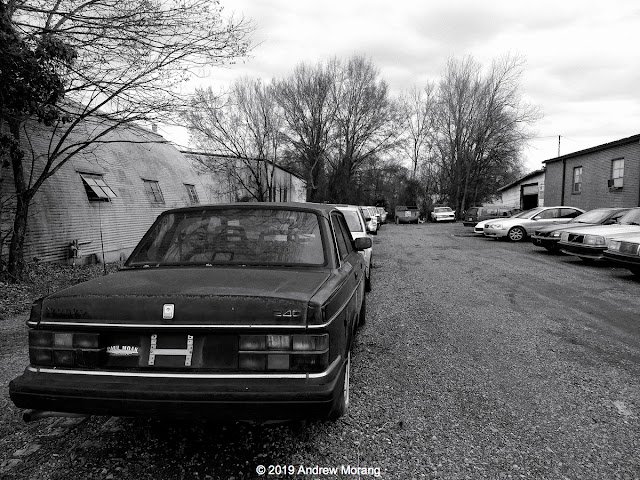 There are a number of car repair shops off Rankin, some in business, some comatose. This place repairs the classic square Volvos.
Near State Street, a bridge carries E. Rankin Street over Town Creek. The waterway is revolting, with trash, debris, and stagnant water. A 2013 article in Jackson Free Press described some plans to make the water course a recreational asset for the city:


Many see Jackson's multiple creeks as nothing more than drainage ditches. They are undevelopable space offering only the threat of flooding, bank caving and snakes. Other cities, however, are increasingly recognizing the value that urban creeks can offer as parks, recreational corridors, and in improving water quality and environmental health.

Town Creek stretches from northwest Jackson (through the heart of the proposed "Medical Corridor"), past the Jackson Zoo, to where it flows under downtown Jackson, day-lighting again just to the south of the Mississippi Museum of Art. Numerous planning sketches have been drawn for the downtown portion of Town Creek, stretching from the art museum to its confluence with the Pearl River. The future of the "Town Lake" and "River Walk" portions of the creek, however, are largely tied to flood-control planning along the Pearl.

This map from MDEQ shows Town Creek in central Jackson. 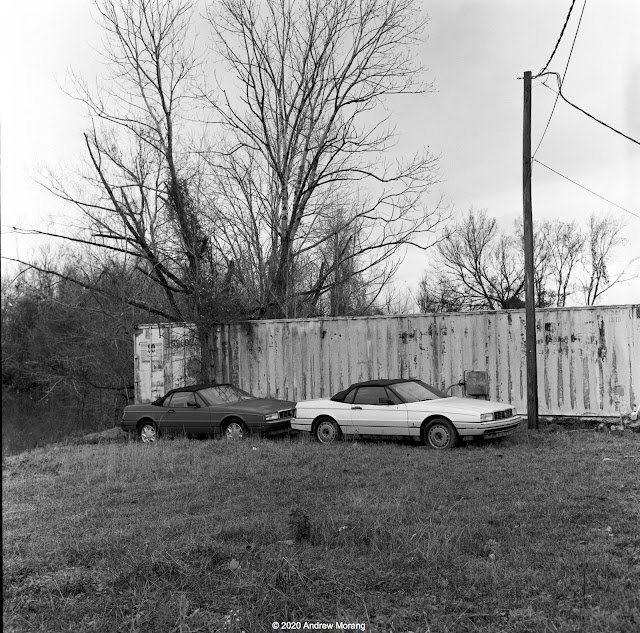 Auto Platinum, a now-defunct car shop, backs up to Town Creek. These two cars are Cadillac Allanté coupes. These were 2-seaters with bodies made in Italy and final assembly in USA. Platinum must have intended to restore and sell them, but now they sit forlorn and lonely in the grass.
We reach State Street, a major north-south road which eventually connects with US 80 and I-20 a short distance south of the Rankin intersection. State Street is pretty grim in this area. Auto Platinum had an interesting sign with a Corvette perched on top. The fiberglass body was light weight, so a suitable item to perch on a billboard.
This was once car dealership row. I recall the Paul Moak Volvo dealer being across the street, but they moved to a new shop next to I-20 many years ago.

This has been a very brief view of parts of south Jackson. We will continue our survey in the future. For more articles about Jackson, type "Jackson" in the search box.
Posted by Kodachromeguy at 08:00