Long-term readers may recall that I took a long western USA road trip in 2016. I started in Redlands, California, where I imposed on my daughter and borrowed her car for this trip (over 3,500 miles total). I followed Route 66 eastward as far as Albuquerque and Santa Fe and then joined some friends in Moab. I wrote about Arches National Park, Canyonlands National Park, the Syncline Loop in Canyonlands, and the Volkswagen disposal yard/museum. After two weeks of hiking, good food, and fine companionship, I headed west and returned to California.

In this article, I will continue the road trip back to southern California through Utah and Nevada.

For the first day, I drove west on I-70 and then on Utah 24 to Capitol Reef National Park, a fabulous location. Driving at 90 miles per hour at 7,000+ feet elevation pushed the little engine. After some hiking and a night near Capitol, I said good-bye to my friends and headed south on Utah's Hwy. 12 through the Dixie National Forest.

Utah's Scenic Byway 12 is a fantastic drive. My car's little 5-cylinder engine worked hard at 9,000 ft elevation as I crossed a ridge in the Dixie National Forest.

Byway 12 then drops down into the Grand Staircase–Escalante National Monument. This is one of the nation's phenomenal visual treats, a remote landscape covering 1,880,000 acres where dinosaurs roamed and Native Americans drew art on rock faces. President Clinton designated this region as a national monument in 1996 to preserve cultural and scenic resources. The Trump administration reduced the area of the monument by over a half in a scummy attempt to spur a mining and coal boom, although the Utah Geological Survey concluded that the prospects of profitable minerals, tar sands, coal, oil, and gas were very limited (essentially non-existent). On October 8, 2021, President Biden restored the original boundaries of the monument. 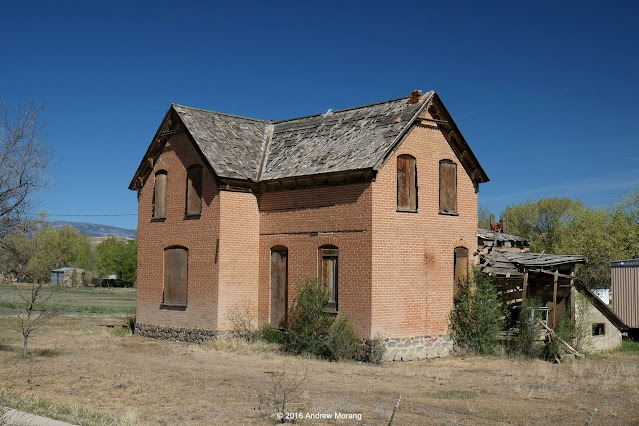 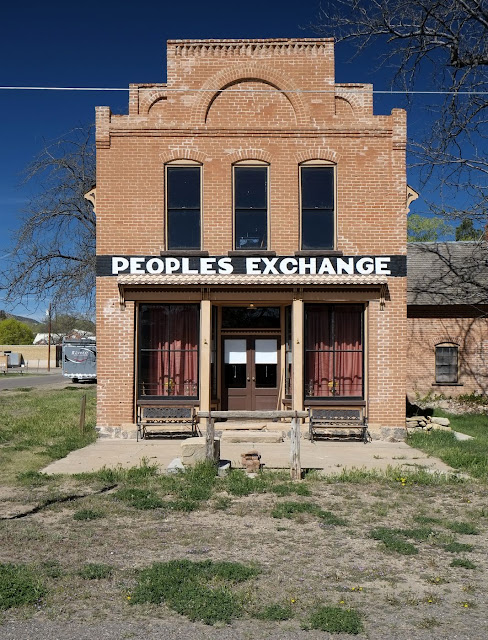 The little town of Escalante, in the Potato Valley, is a center for recreation. Route 12 passes right through town, and it is one of the few locations to buy some food or gasoline. The Peoples Exchange on 115 North Center Street is an early-20th century general merchandise store. The building may house occasional art exhibits.

Keep driving west on 12 and you reach Cannonville. It's tiny, with not much there. But turn south on Kodachrome Road and head south through a rugged landscape to Kodachrome Basin State Park.

Kodachrome Basin State Park is a wonderland of rock spires and canyons revealing 180 million years of geological history. In 1948, a National Geographic Society expedition gave the name Kodachrome to this area after the popular color film. 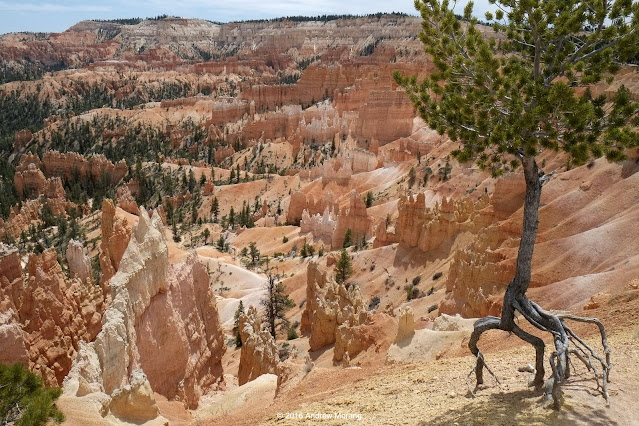 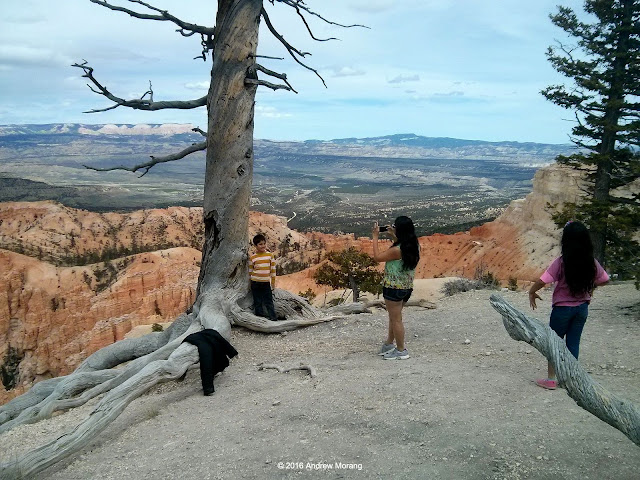 I returned to Rte. 12 and then went south on 63 to Bryce Canyon National Park. What an amazing terrain of rock pinnacles and spires.  Beware, it is crowded during the peak tourist season.
Continuing west, I drove on the historic Zion-Mount Carmel Highway into Zion National Park. CCC workers in the 1930s cut many of the tunnels along this twisty mountain road. The park is another geological wonder, very popular with international tourists. If you want to visit the main canyon, you must park in one of several lots near the entrance and take a shuttle bus. I took the bus up into the canyon and walked much of the way back to the parking lot. I stayed in the nearby town of Springdale in a funny little cabin, like a remnant of an old-fashioned motor court.

Heading west out of Zion, the next main stop is the city of Las Vegas. I had not been there before and was singularly unimpressed. Much of the city is dumpy and may have some decent urban decay topics. However, I needed a restroom and used a very elegant one at a casino. And they gave me some iced sparkling water.

Continuing southwest out of Las Vegas on I-15, the terrain is rather dull desert. But stop! Quick, take the exit at Baker. There are Greeks in the desert! And they will serve you Greek coffee and baklava.  Ahhh...

I have written in the past about some of the remnants of Route 66 in eastern California (click the links):

Great pictures and a really good overview of that unique part of the country. I hope to get back there one day as I have only seen very small parts of it.