Dear Readers, while trying to purge junk from my endless stuff-filled closets and bookshelves, I found camera and photography catalogs that had tempted me with the expensive items they advertised. I sent a big box of these catalogs and brochures to a Photrio reader who paid for the postage all the way to Poland. Below are the front covers of some of the more interesting ones.

Enjoy and do not get GAS (Gear Acquisition Syndrome - a mental state demonstrated by severe lack of self-control amongst all photographers). Or do get GAS; you will rarely see such fine mechanical craftsmanship in consumer products today. Prices for most film cameras, especially medium-format, are rising rapidly as of 2022. If you want a body, lens, or accessory, buy now. Film has revived, and very few new film cameras are being built today. 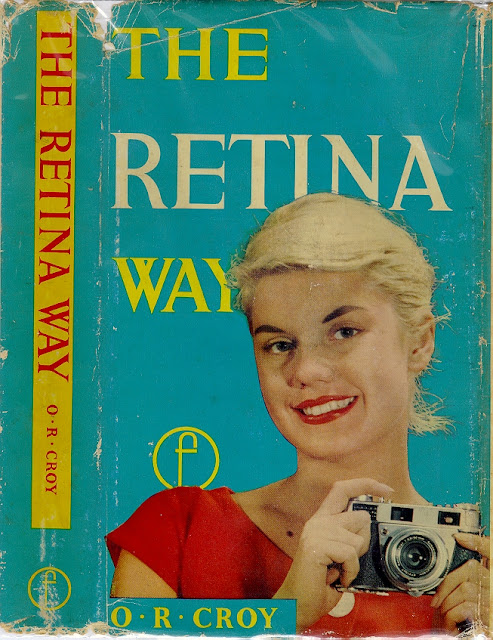 Eastman Kodak made everything for the photographic trade. They were the behemoth of the industry. Their beautiful and precise Retina cameras came from their Nagel-Werke subsidiary in München, Germany. I have only used one model, a handsome little IIa. The lady in the book cover above is holding a rigid body model IIIS, in production from 1958-1962. These were precise and capable, but I have read they are very complicated internally. Retina production finally ended in 1967, a victim of the Japanese camera onslaught. 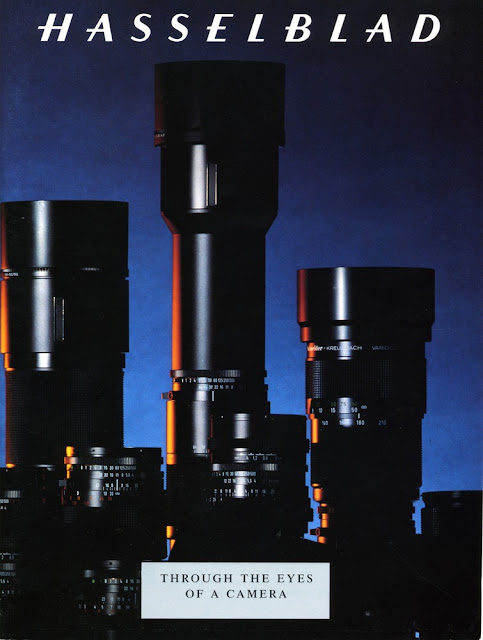 Hasselblad's 6×6 medium format cameras became the tools of choice for American wedding, portrait, and industrial photographers from the 1960s through the beginning of the digital era, around 2000 or 2005. The lenses were the finest available from Zeiss in West Germany. They were seriously expensive when new. If in good condition, even 1960s Hasselblad lenses are fully usable now. Recently prices have have revived with the new enthusiasm in film. I wrote about their very informative instruction booklets in a 2020 article.

Mamiya (in 1993 Mamiya-OP K.K.) made five or six different types of medium format cameras, all  very successful in the U.S. market. Many American photographers preferred Mamiya because the prices were lower than Hasselblad and the lenses were excellent. Many wedding photographers worked with the rugged and versatile C220 and C330 twin-lens cameras. This C330 and the simpler C220 were much larger and heavier than Rolleiflex or Yashica TLRs, but the Mamiya offered interchangeable lenses. Neat engineering. 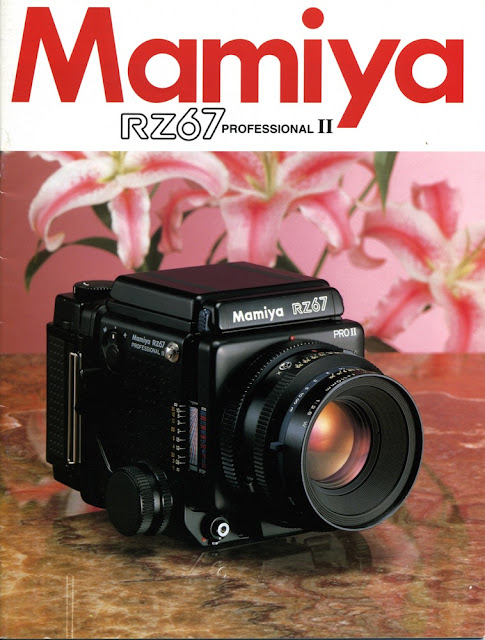 The superb RZ67, the successor to the RB67. Both were big and heavy, most suitable for the studio, but I have known field users with strong arms. Studio photographers liked the 6×7 format and the built-in bellows. For a short while, Mamiya Leaf offered a digital back for the RZ67 Pro IID. 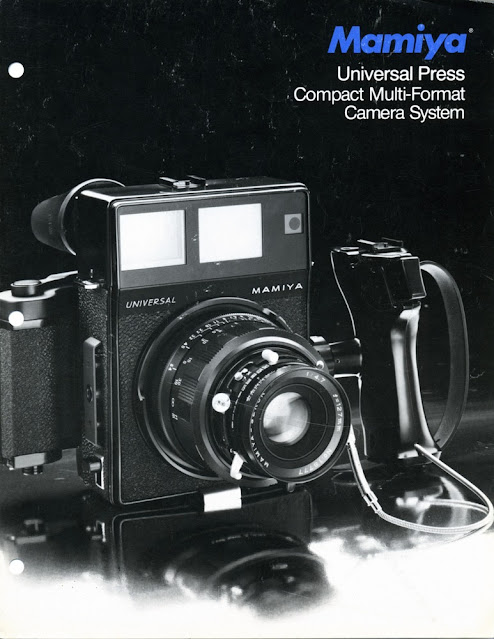 This was the big and sturdy press-style camera that was popular in the 1960s. It was a rangefinder with excellent lenses, 6×7 or 6×9 roll film backs, and many accessories. Nice equipment but seriously heavy! Polaroid sold a modified version with a back for their instant film. I owned the Polaroid-specific version for awhile but did not use it much and sold it in good time, before Polaroid in Massachusetts closed permanently. 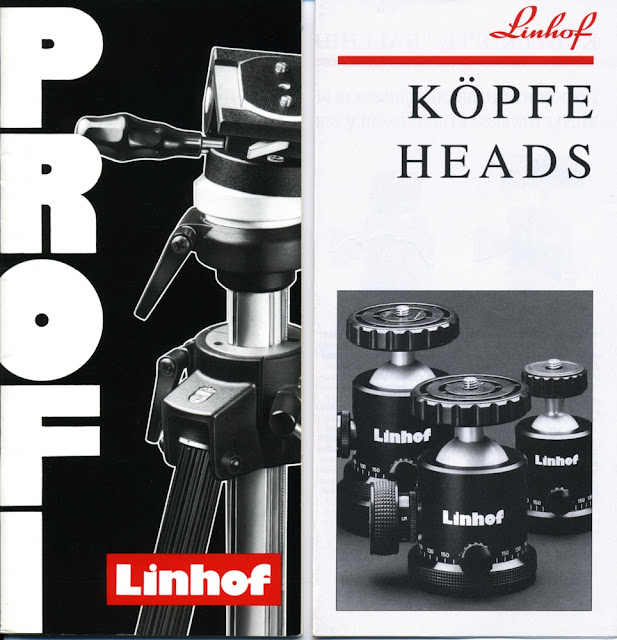 Linhof tripods and ball heads are top grade. I have a small aluminum Profi-Port tripod, designed for travel. And I use the Profi II and Profi III ball heads. The big III is equal in rigidity, smoothness, and strength to any other brand on the market. 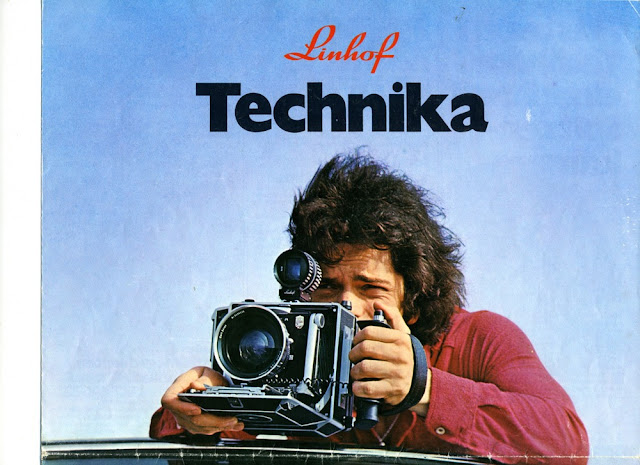 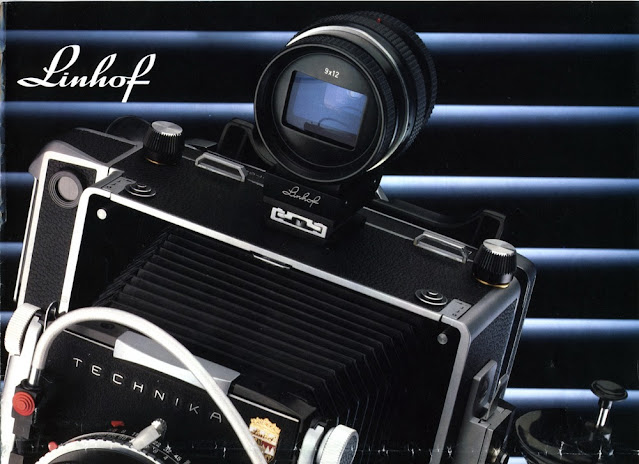 Linhof (now Linhof Präzisions Systemtechnik GmbH) in München, Germany still makes their famous Technika large format field camera with a rangefinder to let the strong photographer hand-hold the unit. At one time, Linhof even offered a 5×7" version, which must have been a monster.

Every Linhof product is spectacularly refined and precise, for a spectacular price. Look at their web page to see what the finest traditional mechanical craftsmanship looks like - and think of what you could photograph with some of this superb machinery. 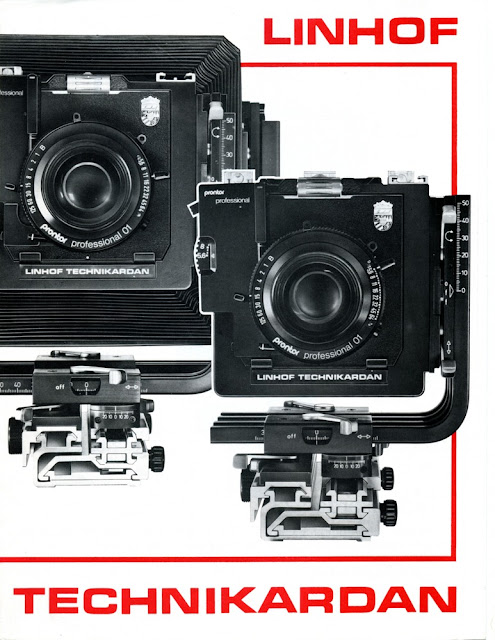 The Technikardans were very clever rail cameras that folded into compact packages. A friend used one to photograph the Tiffany windows at the Episcopal church here in Vicksburg.

Leica (formerly Ernst Leitz Wetzlar) is another German company famed for precision manufacturing. Many photographers love their rangefinder cameras and the compact and superb lenses. I have used my dad's IIIC and M2 and M3 bodies for decades.


I was an undergraduate student when Leica introduced their M5 body with its revolutionary light meter on a swinging arm in front of the film plane. The body was larger than the previous Leica M bodies, and ultra-conservative Leica users rejected the new M5. It never sold well. I have read that today, there is only one repair person in USA who will adjust/repair the M5 (Sherry Krauter in New York state). I tried one in the 1980s and agree that it was a big and heavy package.

In 1974, at the University book store, the body was about $700 and the 50mm Summicron another $300, so about $1000 total. My tuition for 3 quarters at Univ. of Washington was $540, so the Leica cost two years of tuition. Hmmm...
Leica has just reintroduced their M6 film body. Thanks to the revival in film use, they can barely keep up with demand, and their M-A, M-P, and M6 bodies are usually out of stock. 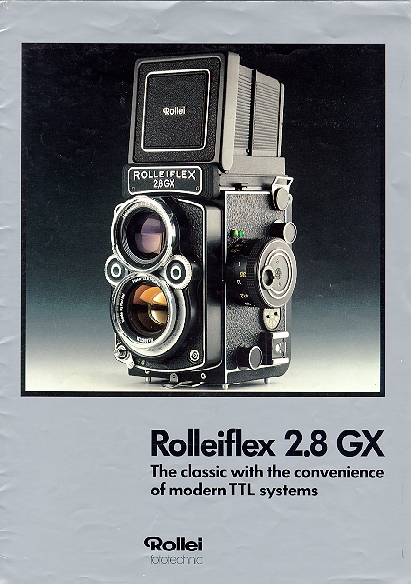 For 70+ years, Rollei-Werke Franke & Heidecke GmbH sold their superlative twin-lens reflex (TLR) cameras to press, studio, and advanced amateur photographers. They used the finest lenses from Schneider and Zeiss. I have used Rolleiflex 3.5E and 3.5F models since 1982. Poor Rollei went through a series of bankruptcies and restructurings after 1982, but they continued making the Rolleiflex until about 2000 (possibly later).

I remember that in 1982 or 1983, brand new 2.8F models were still listed in advertisements from the New York vendors for about $2000. This was a serious price back then, but after the company semi-dissolved, many of us wished we had bought one.

The later versions, like the GX above, were criticized for being based on the lighter-duty Rolleiflex T chassis and missing the ingenious film-sensing system. The tooling and molds for the 3.5 and 2.8 F models were destroyed or scrapped during one of the restructurings. 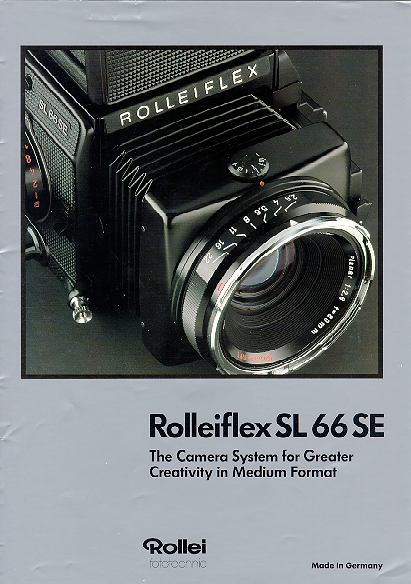 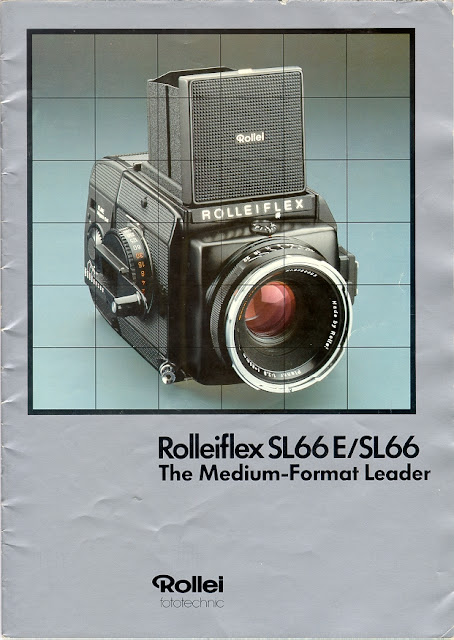 Rollei's market position in the USA eroded as more and more photographers bought the Swedish competitor, the Hasselblad. To compete, Rollei introduced their beautiful SL66 in 1966. I remember seeing them in camera stores in Harvard Square, Massachusetts, in 1968 or 1969. They cost more than $1000 back then. Not suitable for this high school student.

Similar to the Hasselblad, the lenses were the finest from Zeiss or Schneider. These are big and heavy cameras. But buy one if you can find a clean unit that was properly treated over the years. Sadly, USA sales were low.

OK, sorry, I could not resist. Here is Ingrid Bergman near Mount Vesuvius with her Rolleiflex. Note the fitted suit and elegant gloves. Why do tourists today (especially Americans) look like homeless people? 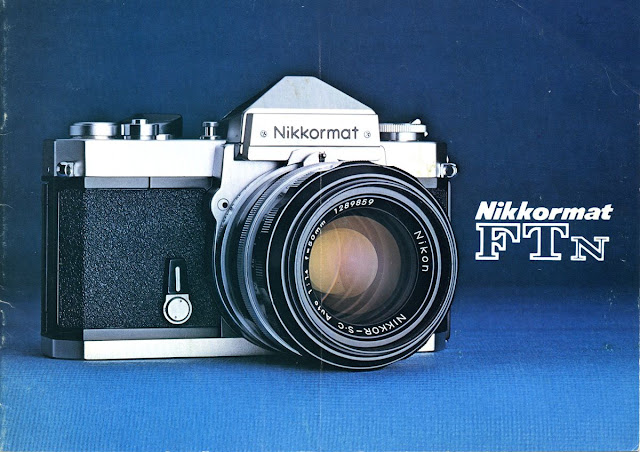 My first "serious" camera was a Nikkormat FTn, which I bought at the famous Lechmere Sales in Cambridge, Massachusetts in 1968. I used it in USA, Europe, and South America and even took it hiking in the White Mountains of New Hampshire (I was much stronger then). It never failed or broke. This is still a totally usable and rugged camera. But to operate the CDS light meter, you need to use the Wein batteries because the original 1.35 volt mercury cells are not sold any more.

Dear Readers, this has been our quick tour through the era of superior mechanical and optical engineering. Thanks for riding along. Go ahead and buy some of this classic equipment while you still can. The available stock will diminish as the years go by.

I have the July-December 1939 issues of Popular Photography bound together in hardback. The photography is generally atrocious, but the ads are interesting.

1939 is pre-war. I assume some of the advertisements were for the higher-end German imports mixed in with many American manufacturers. There would have been no Japanese cameras then.