This essay could be named The Secret Garden (apologies to Frances Hodgson Burnett), but I will call it The Secret Playground. A couple of weeks ago, my old car suffered a breakdown at the corner of Wisconsin and Confederate Avenues, near Toots Grocery, in Vicksburg. I coasted into the parking lot of the New Mt. Elem Church at 3014 Wisconsin Avenue. While waiting for a flatbed truck, I walked up a dirt path that led away from the church lot, rounded a corner, and came across a semi-abandoned playground. 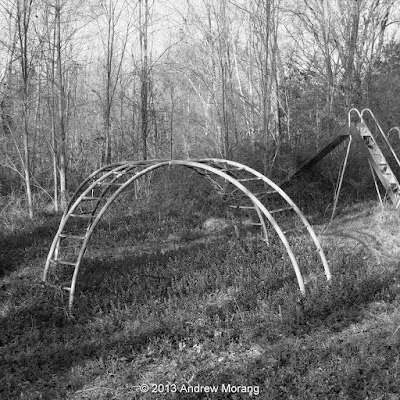 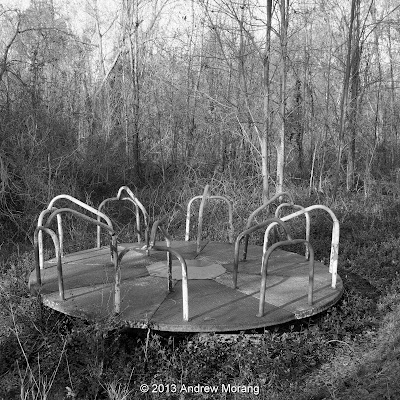 The first play machine you encounter is the merry-go-round. It still turns, so someone must have maintained it within the last decade or so. The site is not totally overgrown, so does someone cut the brush possibly annually? 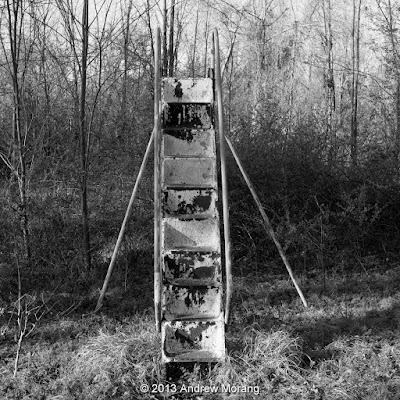 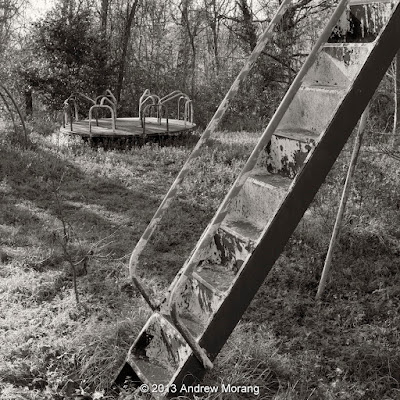 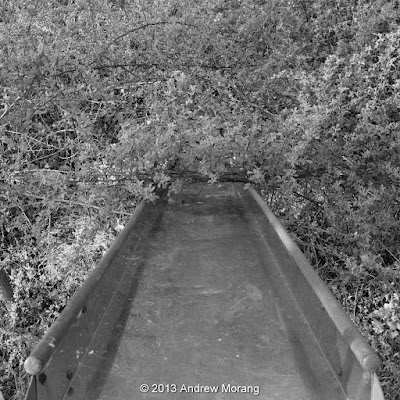 The slide is reasonably intact, a slide to nowhere. 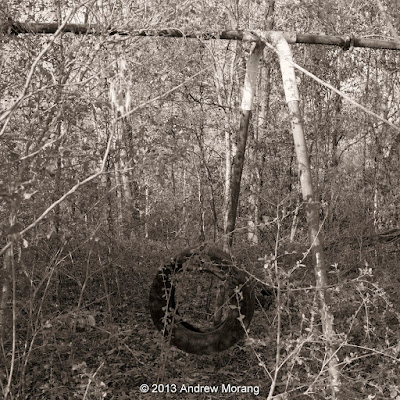 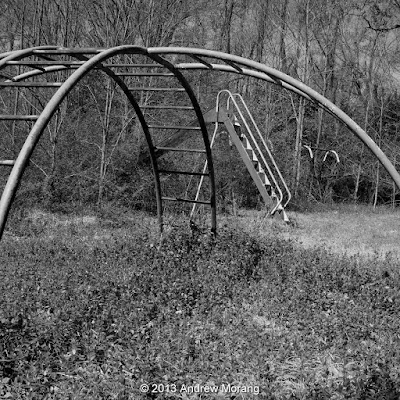 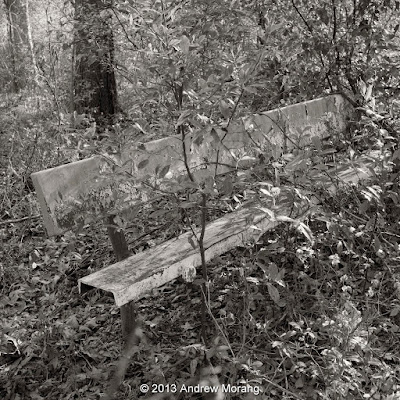 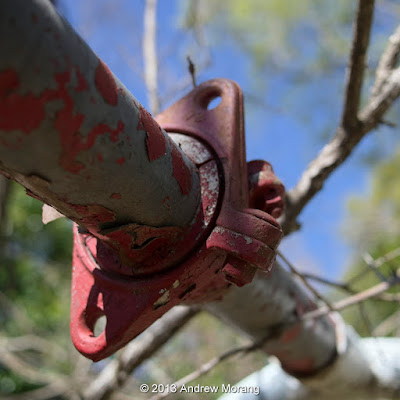 This is sturdy, old-fashioned playground equipment made of heavy-duty steel.  The nearby bench has survived the years. 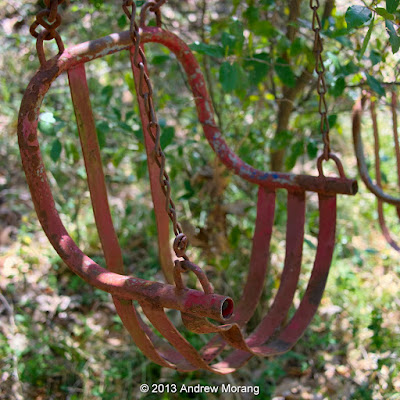 Here is one of the children's seats. I remember these massive things from the 1950s, when they would have been equipped with a chain and a hook to keep a child from falling out.

I showed these photographs to several coworkers who lived all their lives in Vicksburg, and none knew anything about the site. It was too far from the old Ken Karyl School (now the Vicksburg Family Life Church) and across a busy street to have been associated with the school. If anyone has any information, please comment.

Update, March 23, 2013: I spoke to an old friend, a retired City of Vicksburg employee, about this site. He said it was still an official city playground but was not sure if the Parks and Recreation Department maintained the site any more. He recalled buying some of the playground equipment many years ago. He said the access road was once one of the National Military Park loops, but when the City and Federal Government exchanged land, part of Confederate Avenue was relocated and the city built the playground on the loop.

Photographs taken with a Panasonic G3 digital camera with Lumix 20mm f/1.7 lens. On this camera, I can set the aspect ratio to 1:1, which lets me frame square. I learned to appreciate the square viewpoint after using Rolleiflex twin-lens reflex cameras for 30 years. Raw files processed with Photo Ninja software on a Mac computer. I recommend Photo Ninja highly (but I recommend using real film in a Rolleiflex even more highly).

For some genuine film pictures: Click here
Posted by Kodachromeguy at 20:34

I really enjoyed the blog and the photos of the old equipment.

That equipment is at least as old as the 50s, cus we had exactly the same swings at the tallulah elementary park playground. I remember the chains had a bar on each that woulkd raise and lower for the babies, so they wouldnt fall out

How interesting. I grew up in Vicksburg and never knew the perk existed. Thanks for sharibg.

I'm a photographer in Vicksburg and currently working on a "Lost in History" project. I went to this park today after I saw this blog a few weeks ago. It is way overgrown and very difficult to access. The merry-go-round still spins though!

I also credited your blog for your article on Kuhn Memorial Hospital!

I used to play at that park with my brother and sister. Is it across from the old city pool? National Guard Armory? Been gone a long time but feeling nostalgic about those wonderful carefree long ago days.
Gale Pittman Nivens

You are thinking of another playground, one that was located on Drummond Street across the street from the old city pool. The old city pool was demolished around 1990, and the playground dismantled around 1998. The site of the old pool is a grassy field just north of the present Vicksburg High School. If you mean the playground in the photographs, it is off Wisconsin Avenue near Toots grocery. Thanks for taking the time to write.

I grew up in Vicksburg in the late 60s and 70's. Our family owned The Vicksburg Pallet Co. and Magnolia Ready Mix. If anyone has any pictures inside the old Battlefied Mall , I would love to see them. I sold cars at Dalrymple Ford the summer after I graduated from Warren Central
Chris Cowart

Thanks for your post. I’ve been thinking about writing a very comparable post over the last couple of weeks, I’ll probably keep it short and sweet and link to this instead if thats cool. Thanks. toddler indoor play equipment