This is essay no. 12 in my occasional series on the Mississippi Delta.

Clarksdale is the county seat of Coahoma County, the big city in the northern part of the Delta. In the early-mid-20th century, it was a bustling and prosperous agricultural, trade, railroad, and mercantile center. Feeding all this commerce were shops, office buildings, railroad repair shops, warehouses, and a thriving music culture. Many people consider Clarksdale to be the home of the Blues, and many famous Blues musicians either came from Clarksdale or got their start there.  Clarksdale had a thriving Jewish and Lebanese community in the early 20th century.

Today Clarksdale looks sad and beat-up, like many other Delta towns. The downtown commercial center is almost empty, shops are shuttered, and there is almost no traffic on a Saturday. I only spent part of a cold Saturday there, and surely missed many interesting places, but what I did see shows the town's rich cultural and commercial heritage. 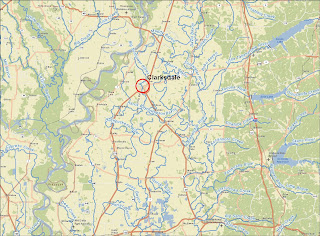 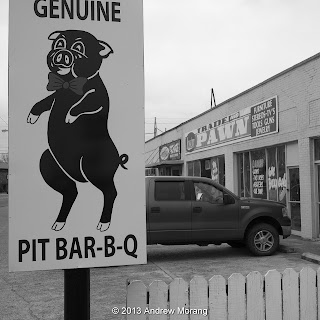 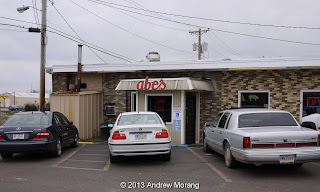 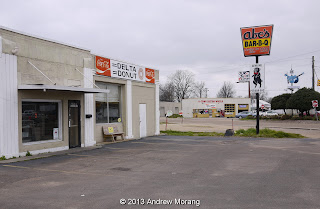 First of all, where do you eat when you come to town on a cold, gloomy day, with wisps of snow in the air? You go for a big plate of ribs at Abe's Bar-B-Q at 606 North State Street. Abe's has been in business since 1924 and I suppose the tender ribs I ate have been smoking since then. Other than Abe's and a few other eateries, State Street looks rather forlorn.

Head north on Desoto Avenue and then turn left on 4th Street (also known as Martin Luther King Blvd.), and you head towards the Sunflower River and the old commercial heart of Clarksdale. 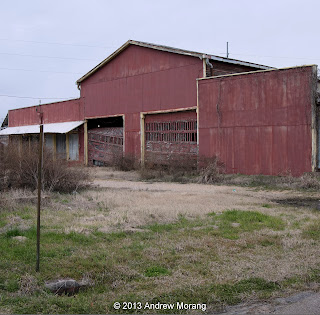 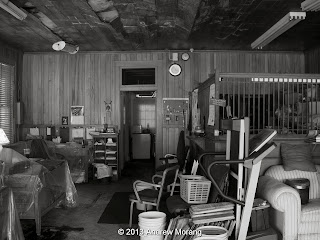 Turn right on Leflore Avenue, and you see a red railroad repair shed near the road. I can't tell if it is in use, but the dead locomotive has been sitting there a long time and the office is full of junk 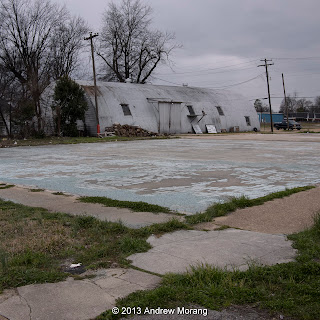 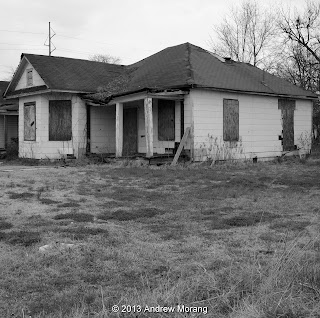 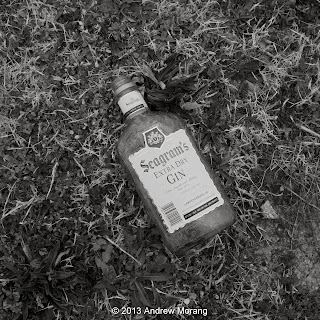 Leflore Ave. has empty lots, abandoned houses, and gin bottles in the grass. 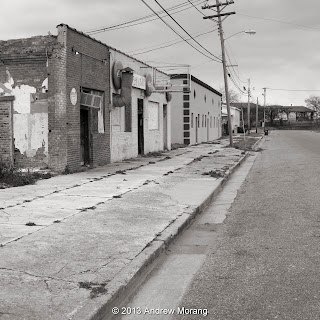 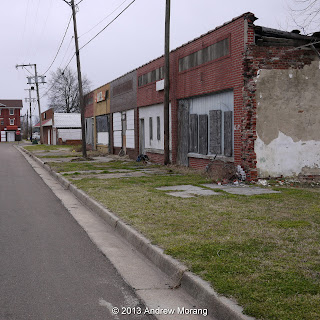 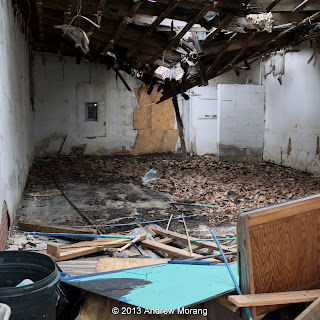 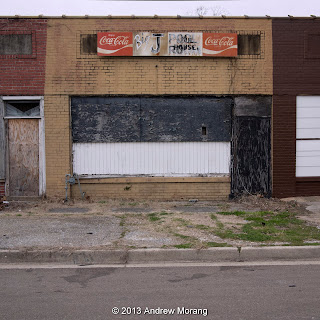 Yazoo Avenue, which is perpendicular to 4th Street, is pretty dilapidated in this area. Most of the shops are shuttered or imploding. 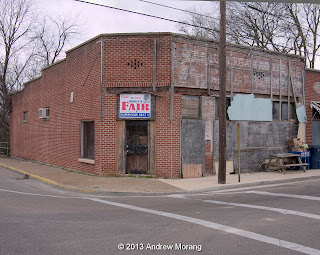 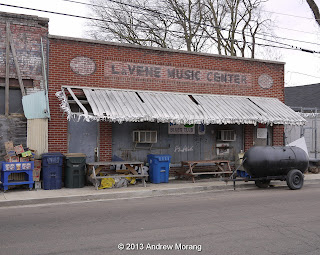 Proceed a couple of blocks closer to the river, and you reach Sunflower Avenue. At the corner was a former shop with the 45-degree corner facing the intersection. The former music center appears to be a lounge now. 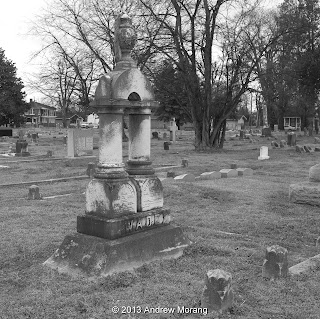 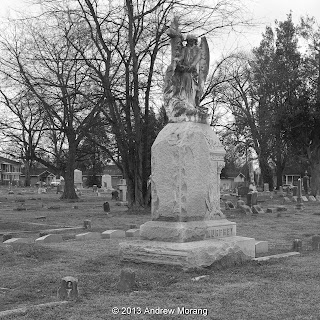 Across the street is the historic Heavenly Rest cemetery. This is the resting place of merchants and prominent families - evidence of Clarksdale's wealthy past. 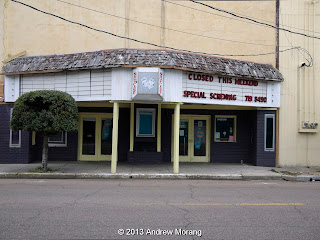 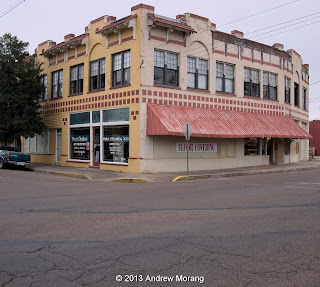 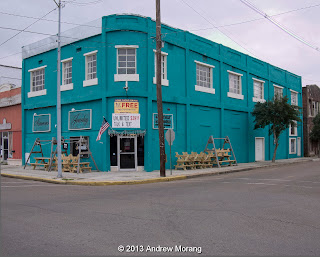 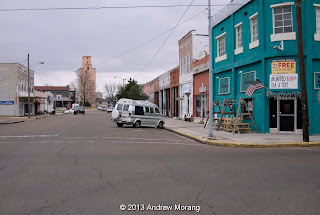 Turn the corner to 3rd Street and Delta Avenue, and you see some older commercial buildings with cheerful paint and some restoration. It is nice to see some degree of revival, but many of the storefronts here are still empty.

These are digital images from a Panasonic G1 camera and the superb Panasonic 20mm ƒ/1.7 Lumix lens. I processed some of the RAW files with Photo Ninja software to render them as black and white.

For older posts on the Mississippi Delta, please click the links below:

To see the funky Shack-Up Inn, please click this link.
Posted by Kodachromeguy at 15:18


Thanks for every other informative website. Where else could I am getting that type of information written in such an ideal method? I have a undertaking that I’m simply now running on, and I have been on the look out for such information.
slots