Like most historic East Coast U.S. cities, Philadelphia has a well-developed infrastructure of rail lines and subways running in and through the city. When railroads developed in the mid-1800s, connecting the major cities was an obvious goal, and, once the rail networks had been laid, the train was the fastest way to travel along the Eastern Seaboard. Ships and ferries still existed, but they were subject to weather delays, although a luxury cabin may have been more comfortable than a smoky, bumpy, noisy train. Regardless, rail companies got concessions to lay rails into the heart of cities, and, with their growing wealth after the Civil War, built ornate train stations.

Philadelphia's train stations are pretty business-like, without much ornamentation. But they work, carrying thousands of commuters every day. Take the SEPTA train or subway through Philadelphia, and you enter an odd underground world. It is pretty tame today compared to the 1970s, but is still interesting. 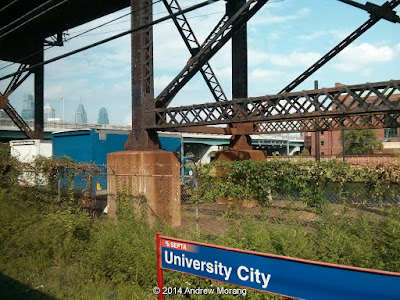 The SEPTA is a convenient ride into town from the airport. Along much of the way, the line is above-ground. 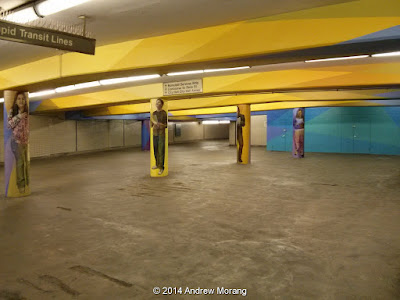 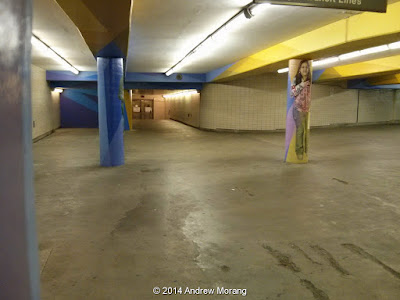 Suburban Station is an oddly prosaic name. It once had more of an above-ground presence, but now is a confusing mess of dingy underground passages and tunnels. 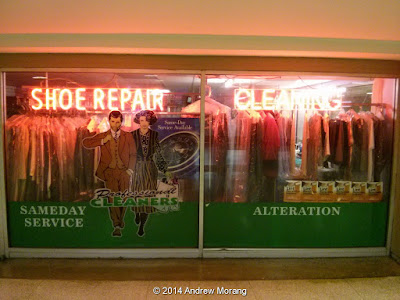 Businesses of the underworld. 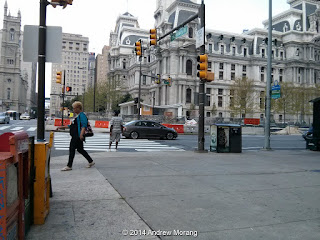 Emerge from the underground, and here is City Hall. I wrote about this ornate Second Empire-style building in a previous article. 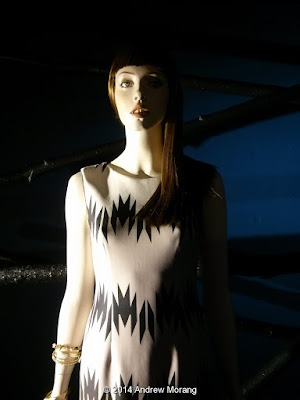 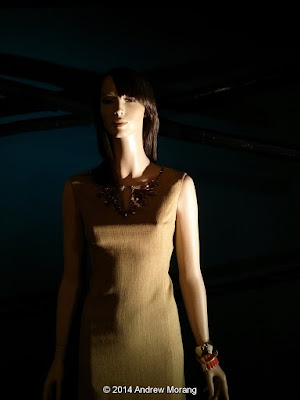 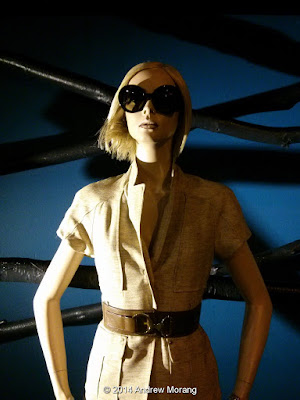 Night falls, and here are some of Philadelphia's denizens of the evening all dressed up and nowhere to go. The elegant lady in the tan safari dress is ready to head off to the Serengeti. 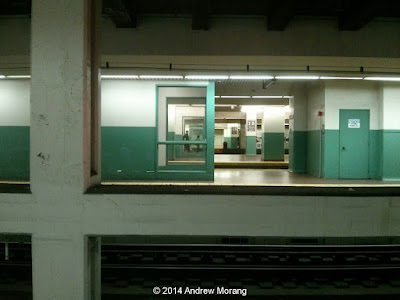 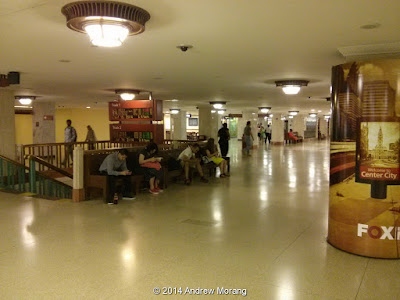 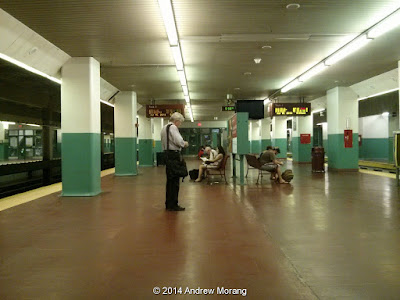 All too soon, it is time to return to Suburban Station and make our way back to the airport. 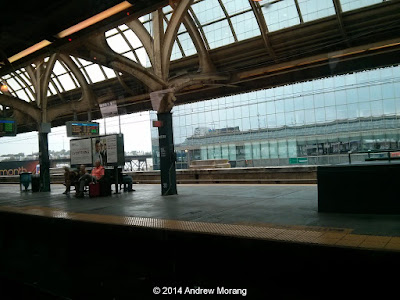 This is the 30th Street Station, where Amtrak and commuter rail lined merge or cross. It is not very glamorous compared to the extravagant Union Station in Chicago (please see the previous article).

Photographs taken with a Nexus 4 telephone.
Posted by Kodachromeguy at 20:55