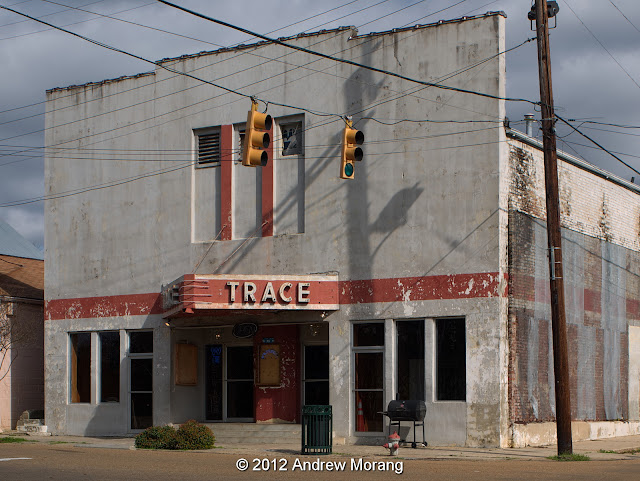 Bad news. The Vicksburg Post reported that a fire broke out at the Trace Theater in Post Gibson on March 13, 2020. I photographed it in 2012 and had driven by several times since then, but did not see any activity. According to the Post:


The Trace Theater is located at the corner of Market Street and Carroll Street in Port Gibson and is considered a landmark in the city.

According to cinematreasures.org, the Trace Theatre was owned and operated by the Ewings of Fayette as was the Fay Theatre in Fayette and the AutoVue Drive-In in Lorman.

Other records show the building suffered a fire in 1948 and another in 1968 that reportedly caused the business to shut down for good.

The theater had been closed for 52 years? Amazing.

Oh wow I was there a few months ago passing through. Sad.