Let us continue on our way west through the Texas Panhandle on US 287. Quanah is sort-of a big town. It is the county seat of Hardeman County and now has a population of about 2600. I wanted to stop here because I read that you could still see the remains of a drive-in cinema.
This was not the first time I noticed that my car was puny compared to what the Texans drive. Oh, oh, I felt inadequate. 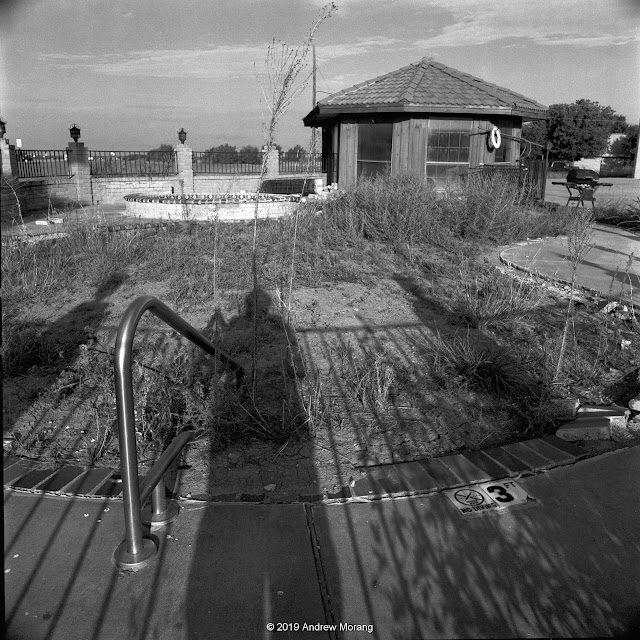 I found a somewhat tired but clean motel on the west end of town. I wanted to take a swim - oops, no pool any more. 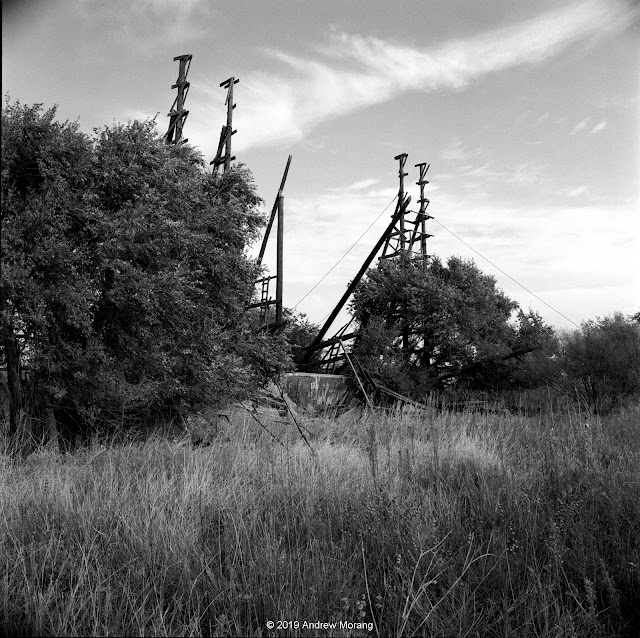 The old drive-in was on Spur 133 not far from the motel. Most of the screen had collapsed, but there are pictures of it on the internet. 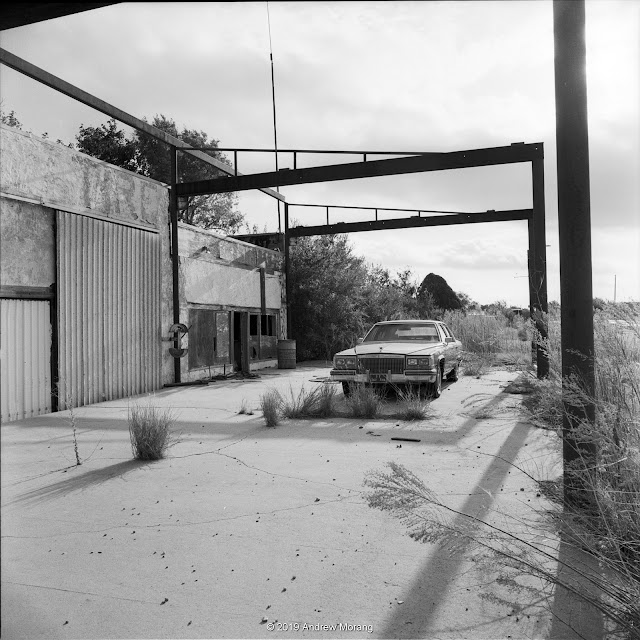 Only a mile or so into town, I came across an old garage with a Cadillac parked on the concrete. Oddly, the car was in good condition, with full tires and upholstery that looked fresh. Someone must have driven it there recently. Hmmm, long wheelbase, soft suspension: the perfect road trip machine. 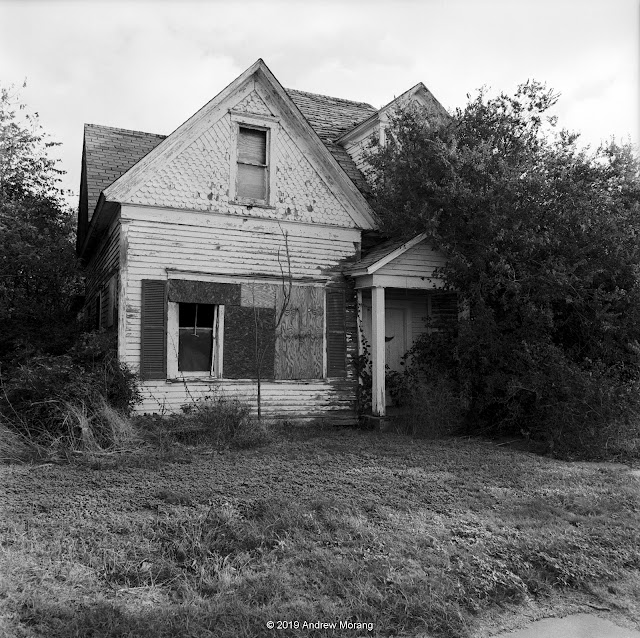 Quanah has some nice 1920s cottages, but sadly in poor condition (this one was on W 3rd.). 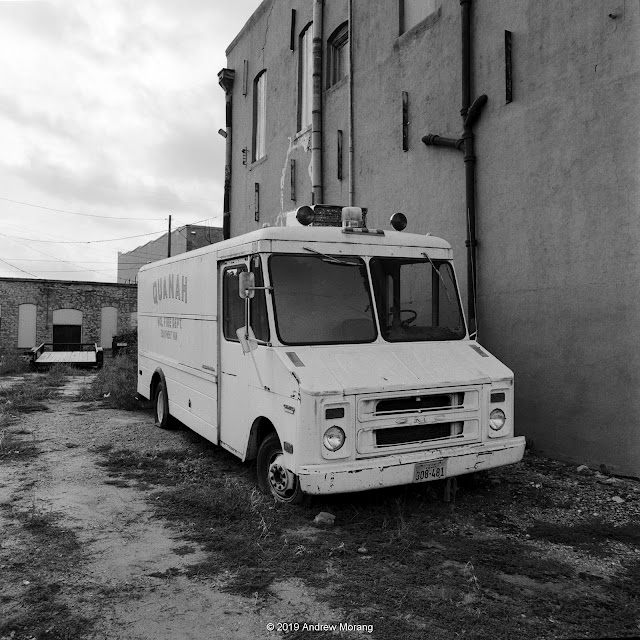 The Fire Department's van on Mercer Street was also sort of tired. 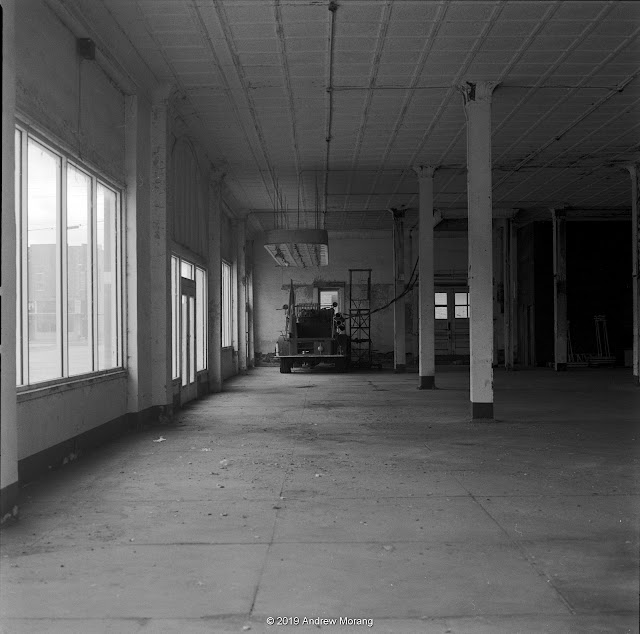 An early-20th century store on Mercer, possibly once a car dealership, had an old fire truck parked inside. 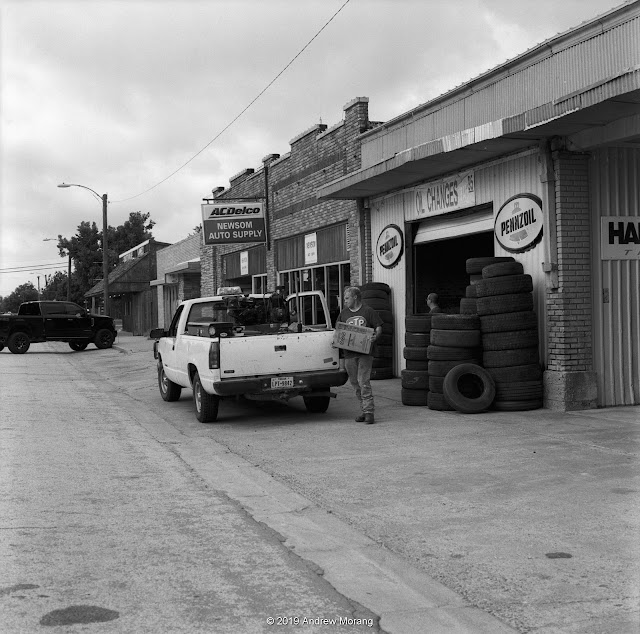 Although it was Sunday, the fellow who ran the garage on Mercer was getting equipment together to make a repair call. He said someone called from a motel with a stalled car. There was not much else happening in Quanah, and I headed back to US 287. 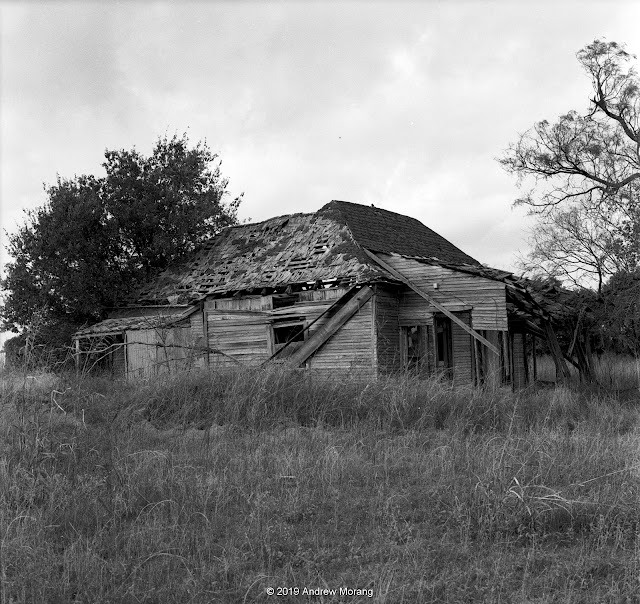 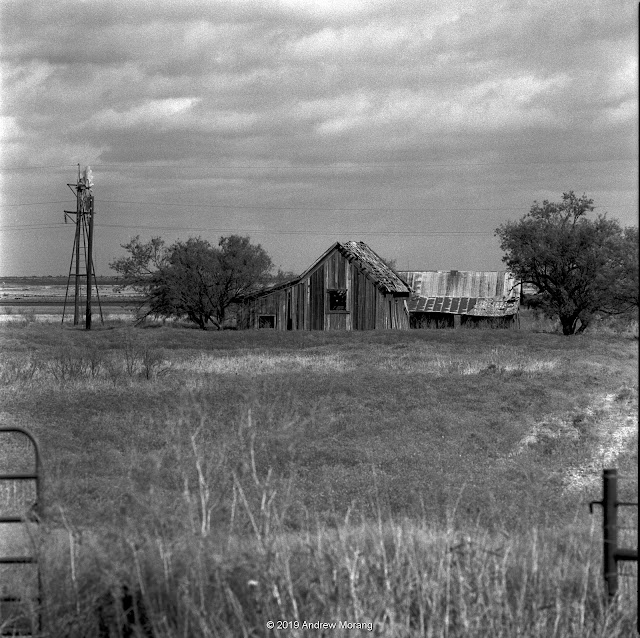 West of Quanah, I saw two of the lonely and abandoned farm houses of the type I wanted to photograph as I proceeded on 287 towards Amarillo. The second one above was a distance from the road, and I needed my 250mm Sonnar lens to get this frame. I was a bit hesitant to walk in the grass because of rattlesnakes. Maybe I should buy snake boots for my next Texas trip.

The square photographs are from Kodak Tri-X 400 film exposed with a Hasselblad 501CM camera with 50mm, 80mm, and 250mm Zeiss lenses. I scanned the negatives with a Minolta Scan Multi medium format film scanner.
Posted by Kodachromeguy at 08:00

A 250mm on a Hasselblad seems big enough for Texas.
How often would you say you use a tripod for these shots?

Most of the 50 and 80 mm frames were hand-held. One or two 80 frames may have been on a tripod. The last photograph, of the farm with the gates, was 250mm and definitely tripod-mounted.