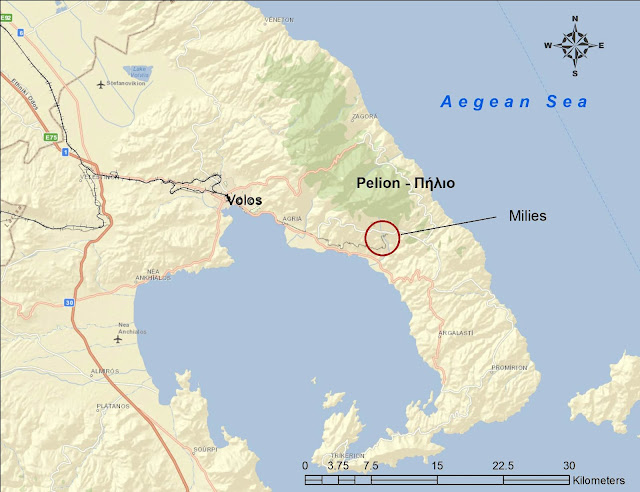 This is the fourth essay dealing with Greek railroads.

The quiet village of Milies (Greek: Μηλιές) is the end station for the narrow gauge line that runs from the seaport of Volos into the interior of the Pelion Peninsula. Pelio is a rugged, mountainous region in east central Greece. The lush mountainsides are draped with forests of beech, chestnut and plane trees. The cherries, apples, and apricots are said to be the finest in Greece (and I agree!). Pelio was so rugged, it had little communication with the rest of Greece until the late 1800s. In winter, heavy snow makes roads impassible. During the centuries of Turkish occupation, the Greek villagers here were renowned freedom fighters. 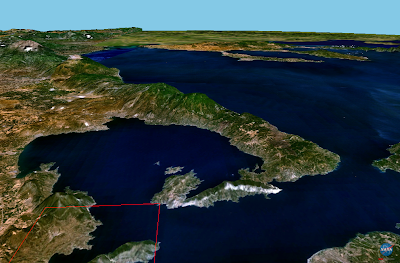 The satellite photograph from NASA shows the peninsula with a view northeast towards the Aegean Sea. Volos is at the head of the bay in the left center. 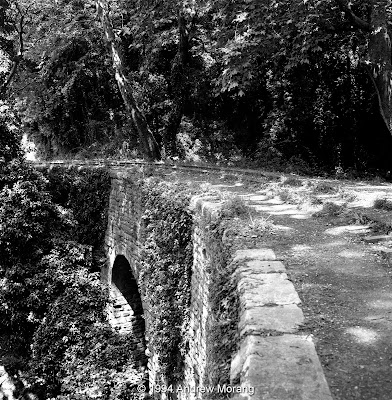 Because access to the mountainous peninsula was so difficult, the goal of the railroad project was to improve transport and integrate the area into Greece's economy. According to Wikipedia, "The 600 mm (1 ft 115⁄8 in) gauge line from Volos to Milies, a distance of 28 km, was constructed between 1903 and 1906 by the Italian engineer Evaristo De Chirico." Service began in 1906. Construction was very difficult because of the need for six stone bridges, one iron bridge, protective walls, tunnels, and aerial pedestrian bridges. The photograph above shows an example of the arch bridges, all built by hand by skilled rock masons. 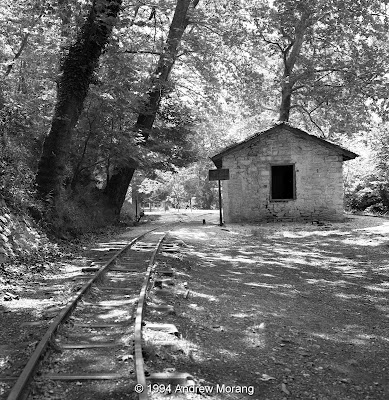 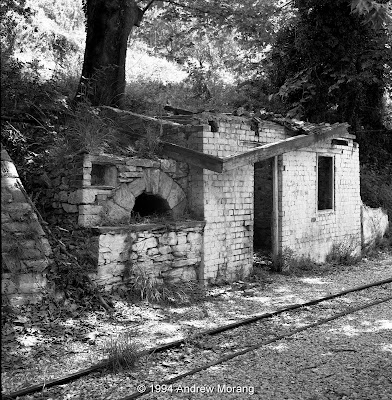 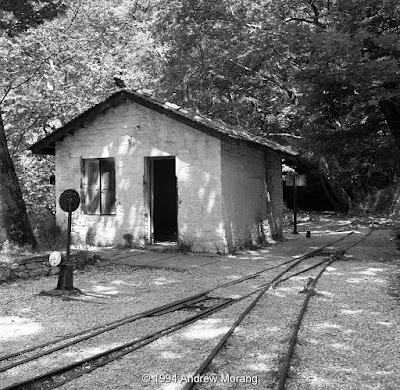 When I took these photographs in 1994, the line was unused and the setting had a charming, sleepy, overgrown look to it. Service had been discontinued in the 1970s, but may have been recently restored for steam locomotive tourist trains. 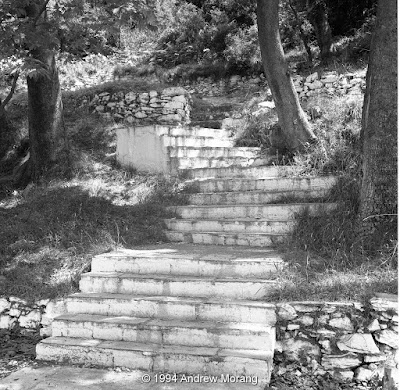 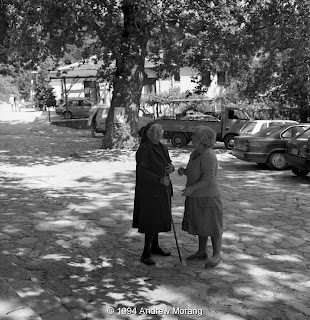 In the 1990s, there was a well-known bakery here where Athenians would buy bread before returning to the city (about a 5-hour drive to the south). The village ladies above had probably seen it all: strange tourists with tripods and cameras, city-slickers with bags of fresh bread and cherries.

I took these photographs with a Rolleiflex 3.5F twin-lens reflex camera with 75 mm f/3.5 Planar lens (5-element version). Film: Tri-X Pan Professional (120-size), developed in Kodak HC-110 developer. The negatives were scanned on a Noritsu system. The map was made with ESRI ArcMap software.
Posted by Kodachromeguy at 20:36