Leland is a town on U.S. Highway 61 (the Blues Highway) in Washington County, Mississippi. It is an agricultural center with soybeans, cotton, and catfish as its main commodities. Like many Delta towns, it looks like it was much more prosperous 20 or more years ago and is now sleeping in old age. 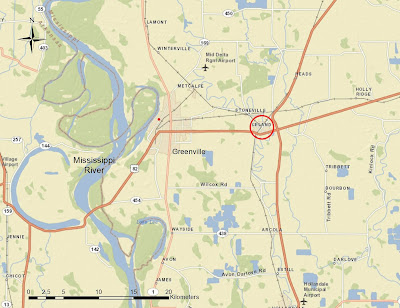 "Leland is in the heart of blues country and has produced a number of national and regionally famous blues musicians. Highway 61, mentioned in numerous blues recordings, runs through the town and gives its name to the community's blues museum. Leland is the burial place of the folk artist and blues musician James "Son" Thomas, who lived for many years along the railroad tracks. Thomas is buried beneath a gravestone donated by musician John Fogerty of Creedence Clearwater Revival.

Blues musician Johnny Winter was born in Leland on Feb. 23, 1944, to an Army officer and his wife. Winter is commemmorated on a plaque in the community that is part of the Mississippi Blues Trail.

The community is the birthplace of Kermit the Frog, a Muppet created by Jim Henson, who was born in nearby Greenville. The city has a museum along the banks of Deer Creek celebrating Henson's accomplishments." 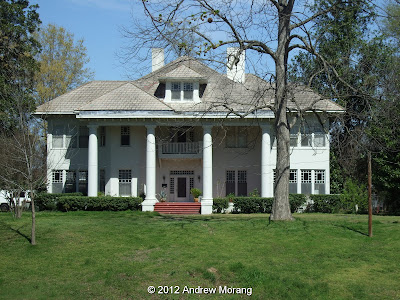 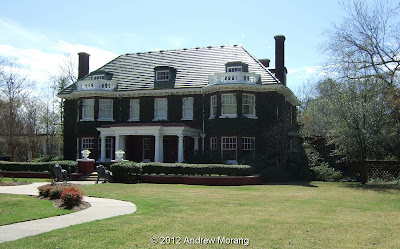 Deer Creek runs through town, and some of the magnificent mansions attest to the wealth associated with agriculture in the past. These two are on North and South Deer Creek Drive, west of downtown. 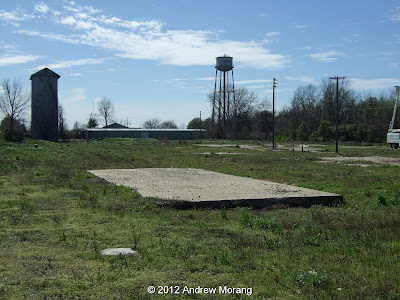 Proceed downtown and you see where a cotton mill was once located. Most of the works have been demolished. 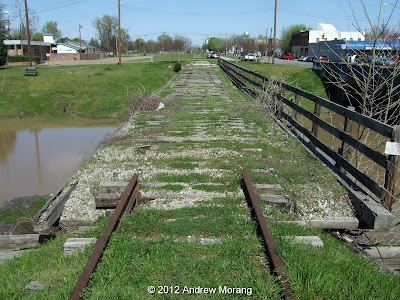 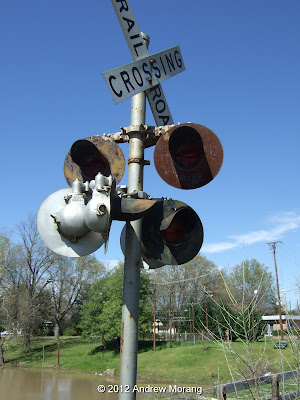 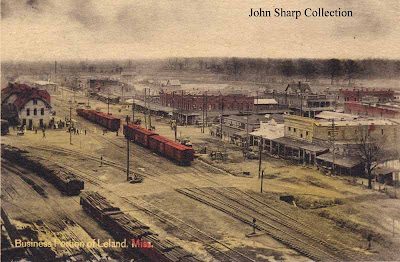 The tracks from the Yazoo and Mississippi Valley Railroad (later part of the Illinois Central) once ran north-south through the center of the Delta, but they were removed in the early 1980s. This was standard gauge 4 ft 8 1⁄2 in (1,435 mm) track. The Msrailroads web page has more information about historic Mississippi railroads. The post card from the John Sharp collection is courtesy of Msrailroads (Thanks!) 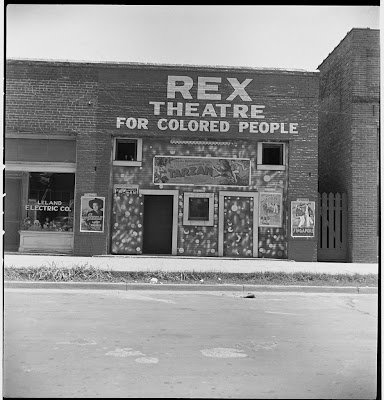 This is a June 1937 photograph of a cinema in Leland by Dorothea Lange, from the Library of Congress. 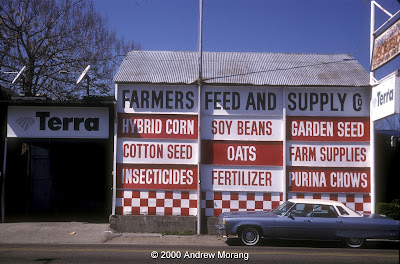 Proceed north on Main Street, and many of the shops and the former hotel are closed. As of 2000, this seed store was still in business. 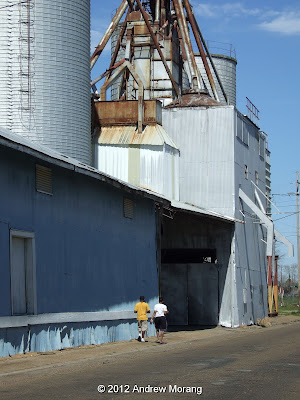 I am not sure of the status of this elevator complex on North Main Street. 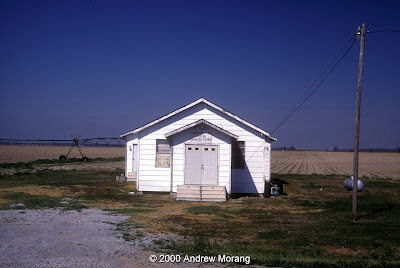 Out in the flat country near Dunleith, I photographed this classic little MB church in 2000. This was Mount Elm MB Church, and it was way out in the country, with no homes anywhere nearby.

Photograph note: the church and the feed store are scans of Kodachrome 25 slide film. I took the photographs with a 1949-vintage Leica IIIC rangefinder camera with 50 mm f/2.0 Summitar lens and a polarizer filter. The Summitar was a pre-WWII design and capable of superb results, especially if stopped down to f/4 or smaller. Hint: always use a tripod when photographing architecture. Your subject won't run away from you.

Dec. 2017 update: The Leica IIIC has been repaired and put back into operation (click the link).
Posted by Kodachromeguy at 10:00

Love that seed store and its signs, but hate that it's closed and in danger of going away. The cotton oil mill was still standing and in operation the first time I went to Leland, maybe 2002 or so? It's hard to believe such a massive complex is so completely gone.

I belong to that Little Church pictured there. Yes, it is in the country but there are homes along the Rexburg Road leading up to the church and one across the railroad track there on Dunlieth Road. The current church still has service on 3rd Sundays at 11:30 a.m. We are small in number but big at HEART!